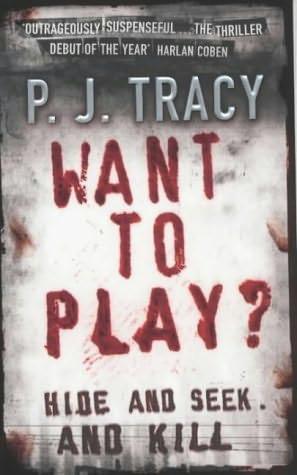 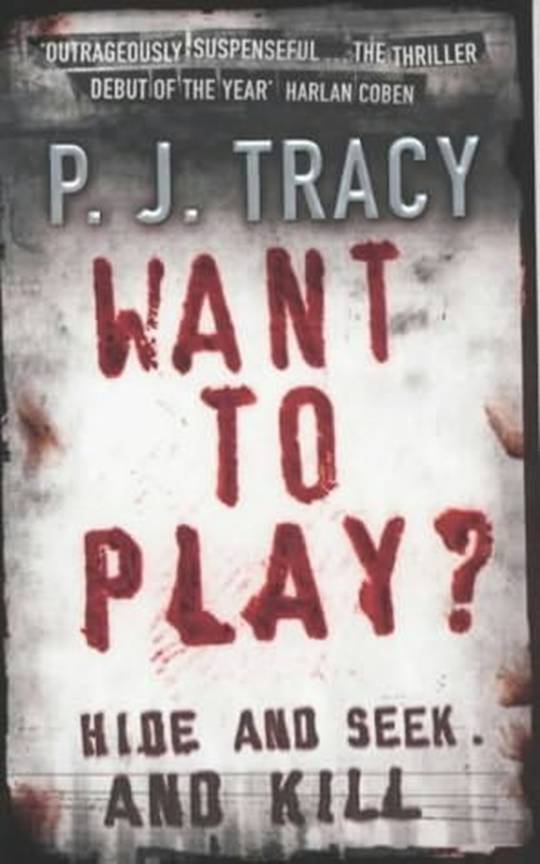 For Edie and Don Hepler
We Remember

The brandy had been absolutely essential. It always was on Sunday nights, when Sister Ignatius took it upon herself to cook and serve Father Newberry a ‘proper meal.’ In this part of
that usually translated to hamburger cooked in canned cream soup.

The shape varied with the good sister’s whims – sometimes meatballs, sometimes meat loaf, and on one memorable occasion, rolled tubes that looked disturbingly like a casserole of severed penises – but the basic ingredients and the resulting indigestion were always the same.

Father Newberry had learned long ago that antacids couldn’t touch it. Only the brandy helped, blessing him with a quick sleep where he passed the time in happy oblivion while his stomach fought the demons of Sister Ignatius’s kindness.

On this particular Sunday night the demons had been multiple. In some sort of aspiring gourmet fit the sister had baked meat loaf in God only knew how many different kinds of canned soups. When he’d asked her to name the ingredients of this daring culinary experiment, she’d tittered like a schoolgirl and locked her lips with an imaginary key.

‘Ah, a secret recipe.’ He had smiled at her rosy face, greatly fearing that clam chowder lurked somewhere in the ocean of oily liquid in which the meat loaf had drowned.

And so it was that the juice glass had been filled with brandy for an unprecedented second time, and Father Newberry had fallen fast asleep in the recliner facing the television. When he next opened his eyes, the screen was a snowfield of jittery flakes hissing static, and the clock face read five
A
.
M
.

When he went to turn off the lamp by the window, he saw the frosty car in the church lot and recognized it immediately. It was a Ford Falcon of indeterminate age, dying slowly of the cancerous rust that devoured old cars in a state that salted roads as liberally as they salted food.

In a moment of weakness, he wished he could just sneak off to his warm bed and pretend he’d never seen it. His only sin was in the wish, however, for he was already moving toward the door, tugging his cardigan close around his abused belly before stepping out into the dark chill of an October morning.

The church was old and almost Protestant in its plainness, for these rural Wisconsin Catholics eyed all things magnificent with deep suspicion. The Blessed Virgin wore the gleam of plastic and bore an unsaintly resemblance to the mannequin in the window of Frieda’s House of Fashion on

Main Street
, and the only stained glass window was oddly placed on the north side, where the sun could never set it afire with brilliant color that might offend.

A dour place in a dour parish in a dour state, thought Father Newberry, missing the
of his youth, nearly forty years gone now, speculating again that all bad priests were sent to
.

John and Mary Kleinfeldt were kneeling in a middle pew, heads resting on folded hands, utterly still in a devotion the Father had always thought almost obsessive. It was not unusual for the aging couple to visit the church during off-hours – sometimes he thought they preferred solitude to the company of fellow parishioners they believed corrupt with sin. But to the best of his knowledge, they had never come so early.

It did not bode well for a rapid return to the cozy rectory, and Father Newberry was loath to ask what trouble had brought them here this time, since he already knew the answer.

He sighed and moved slowly down the aisle, reluctantly propelled by a sense of duty and a good heart. ‘Good morning, John. Good morning, Mary,’ he would say. ‘What troubles you today?’ And then they would tell him they had discovered yet another homosexual in his congregation – a man whose lashes were too long or a woman whose voice was too deep, for this was proof enough for them.

It wasn’t simply homophobia; it was a zealous crusade against what they called the ‘abhorrent, unnatural offense to God’s eye,’ and listening to their self-righteous accusations always left him feeling sad and somehow soiled.

Please let it be something else this time, Lord, he prayed as he drew near the middle pew. I have, after all, already endured the penance of good Sister Ignatius’s meat loaf.

And indeed it was something else. What was troubling John and Mary Kleinfeldt this morning was not the suspected presence of homosexuals in the parish, but the indisputable presence of small, tidy bullet holes in the backs of their skulls.

It wasn’t the first homicide in

It didn’t happen very often, and for the most part they were the kind of killings people up here could get their heads around: bar fights, domestics, and the occasional suspicious hunting accident, like when Harry Patrowski said he shot his mother through the kitchen window because he thought she was a deer.

But an old couple gunned down in a church? Now that was something else, something senseless and evil that wasn’t supposed to happen in a little town where kids played outside after dark, nobody locked their doors, and corn wagons still lumbered down Main Street on their way to the feed mill. Hell, half the people in the county thought smoking a joint meant lighting your elbow on fire, and you still had to drive ninety miles south and east to

This murder was going to change everything.

Four of the five squad cars on third watch were already in St Luke’s parking lot by the time Halloran arrived at six
A
.
M
.

Great, he thought. I’ve got one car left on the road patrolling over eight hundred square miles of county. He saw Doc Hanson’s ugly blue station wagon sandwiched between two of the squads, and off in a corner, an ancient Ford Falcon in an ominous rectangle of yellow crime-scene tape.

Deputy Bonar Carlson walked out of the church and waited on the top step, tugging at a belt that had no hope of ever again making it up to his belly button.

‘Bonar, that holster hangs much lower you’re going to have to kneel if you ever need to get at your weapon.’

‘And I’d still beat you at the draw,’ Bonar grinned, which was true. ‘Man, you’re ugly this early. Good thing you don’t work the third. You’d scare the other boys.’

‘Just tell me you’ve solved this already so I can go back home to bed.’

‘Way I figure, Father Newberry did it. Forty years of listening to confessions and sniffing incense and then one day, poor bastard just snaps and shoots two of his parishioners in the back of the head.’

‘I’m going to tell him you said that.’

Bonar stuffed his fat hands into his jacket pockets and snorted a frosty exhale, serious now. ‘He didn’t hear anything, didn’t see anything. Fell asleep in front of the TV after dinner, didn’t even know Kleinfeldts were here until he looked out the window at five
A
.
M
. and saw their car. Went over to see if he could help, found the bodies, dialed 911, end of story.’

He and Bonar had both done a year-long stint in

Bonar sucked at the inside of his cheek for a minute, thick eyebrows working like a pair of caterpillars. ‘Actually, it looks like a hit, which makes about as much sense as the padre doing it. I don’t know. My gut tells me psycho, but it seems too clean for that.’ He pushed open the heavy wooden doors.

A lifetime of conditioning made Halloran’s hand twitch as he passed the font of holy water, but it was only a twitch, the last contraction of a dying thing.

Father Newberry was sitting in a back pew, motionless, tiny, old. Halloran touched his shoulder as he walked up the aisle, felt the answering brush of dry fingertips on his.

Two deputies were stringing yellow crime-scene tape from pew to pew in a terrible parody of the white satin ribbon draped for a wedding. Two others were on their hands and knees with flashlights, searching the floor.

Doc Hanson was crouched sideways in the narrow space between the Kleinfeldts and the pew in front of them, eyes and hands busy with the dead, oblivious to the living. Nobody talked. The church was absolutely silent.

Halloran circled the scene slowly, letting it imprint on his mind. There was something wrong with it; something a little off-kilter about the bodies, dancing at the edge of his consciousness, just out of reach.

‘Just from the rigor, four hours, give or take,’ Doc Hanson said without being asked, without looking up. ‘I’ll check the temps when I’m ready to move them. Harris, give me one of your bags. I got a hair here.’

Long gone,
Halloran thought, moving out of the way, back down the aisle toward Father Newberry. Whoever did this could be in
by now, or
, or next door.

‘So everybody hated them.’

‘Father, meaning no offense, but could you not call me Mikey when I’m on the job?’

‘Sorry. It slipped out.’ Father Newberry smiled at the one man on this earth he could truly and freely admit he loved like a son in a very human way. Michael Vincent Halloran was broad and tall and very imposing indeed with a gun on his hip and a badge on his chest, but the priest still saw Mikey the altar boy, dark and intense in this land of bland and blond, tailing him through those years before puberty when the priesthood had still been a magnet.

‘Okay, then who were their friends?’

The priest sighed. ‘They had no friends.’

‘No, I suppose I’m not.’ Father Newberry frowned at the yellow crime-scene tape around the pews ahead, framing the centerpiece of John and Mary Kleinfeldt. Doc Hanson was rummaging in his bag now, bumping John Kleinfeldt’s body, grabbing it by the shoulder when it started to tip over. Father Newberry closed his eyes.

Halloran tried again. ‘You said they tried to get several parishioners removed from the congregation because they believed they were homosexual. I’ll need a list of those people.’

‘But none of them took it seriously. I can’t think of one who was really upset, the accusations were so preposterous.’

‘So none of them are really gay?’

Father Newberry hesitated again. ‘Not to my knowledge.’

‘I’ll need the list anyway, Father. You have a file on the Kleinfeldts? Next of kin, that sort of thing?’

‘In the church office, but they had no family.’

Father Newberry looked down at his hands, at the shiny spots on the knees of his pants that marked him as a professional supplicant, thinking that this was the gray area; that dreaded place where the obligations to the secular and spiritual worlds clashed in a terrible way. He sorted through his memory for what he could say, setting aside what he could not. ‘I believe they had a child, but they refused to speak of him. Or her. I don’t even know if the child was son or daughter.’