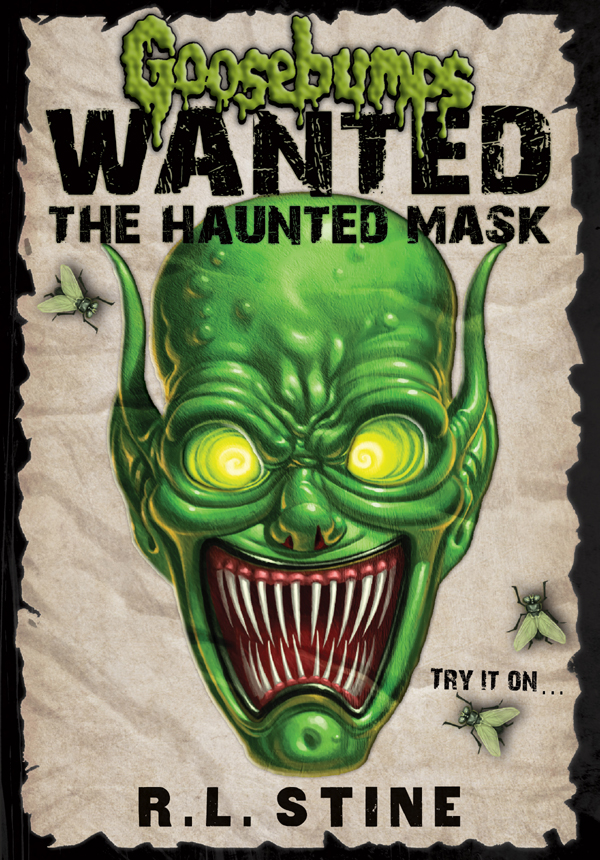 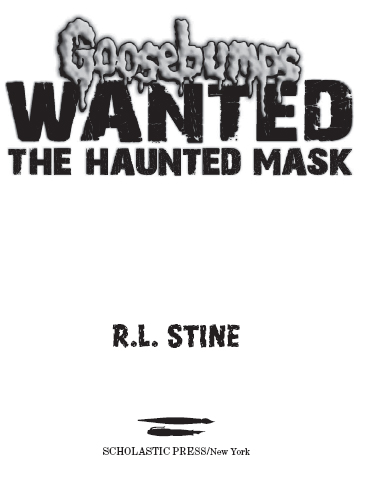 Part One
:
The Haunted Mask

The bell over the shop door jingled. The door swung open, and a woman and a little girl entered. Their eyes darted over the shelves and display cases of masks.

William lowered his feather duster and turned to the front of his store. He had been gently dusting the shelf of delicate princess masks. They were precious, and he dusted them every day.

All of his masks were precious to him. He cared for them as if they were his children.

As the woman and girl approached, Hansel lifted his big head and sniffed the air. The old German shepherd didn't like to have his nap interrupted. But William was always happy to see customers. People he could share his beloved masks with.

“Welcome,” he said. His voice was still young and crisp, despite his seventy years. His mustache was white, as was his wavy hair, parted in the middle. But his eyes were sharp, and he had the energy of a much younger man.

He brushed back the black cape he wore to give himself a look of mystery and set down the feather duster. “Welcome to William's Mask Emporium.” He smiled at the little girl, who was dark haired and pretty. She wore a pink pleated skirt and a matching pink sweater. “Did you come to buy a mask?”

“Olivia is going to a costume party,” her mother said. “We heard you have the best mask store in town.”

William bowed his head. “I think it's the best. It's certainly the oldest. The store has been in my family for three generations.”

Olivia was staring at a round pig mask in the first display case. The color matched her skirt and sweater. “Is that a real pig head?” Her voice trembled.

William chuckled. “Of course not. It's made of rubber. Do you like it, Olivia? I made it myself.”

Her mother stepped up to the line of princess masks. “These are pretty, Olivia. Come take a look.”

Olivia had to step around the dog, who was sprawled on his side, his legs stretching over the narrow aisle. “What's your dog's name?”

“Hansel,” William told her. “He's a good dog. But he isn't interested in masks, so he sleeps all day.” William handed her a princess mask. “Try this one. It goes well with your dark hair.”

He turned to her mother. “The masks in this case are all handmade. I hope you like my craftsmanship.”

“It's nice to see someone who takes so much pride in his work,” she replied.

Olivia tried on four princess masks. Then they bought the first one that William had handed her. William wrapped it carefully in brown paper. “Enjoy the party,” he called after them. The bell jangled as they left.

William locked the cash register. He dimmed the lights. “Come on, Hansel. Stand up. It's time to go home.”

Hansel lifted his head but didn't move. William wrapped his hands around the dog's middle and hoisted him to his feet. “It's a short walk home, dog. You can go back to sleep as soon as we get there.”

He led the big dog outside and locked the shop door. The late afternoon was dark, with low storm clouds overhead. Sheets of fog greeted him as he started to walk.

William shivered and pulled the black cape tighter around his slender frame. He took long strides. Hansel had to trot to keep up with him.

“Such a thick fog,” he said to the dog. “I can barely see where I am going. You are lucky to have four legs. Makes it easier to walk.”

The fog billowed like a heavy curtain. The street was silent.

They had walked only a few blocks when the dog suddenly stopped. A low growl escaped Hansel's throat. William saw the fur on his back stand straight up.

He lowered a hand to Hansel's head. “What is it, boy? What is frightening you?”

The dog uttered another growl, fiercer than the first.

William heard the click of footsteps behind him. He turned but could see only a pulsing wall of white fog.

The dog growled. The footsteps stopped.

One hand on the dog's head, William listened hard. But all he could hear was the whistle of the wind as it swirled the waves of fog.

“No one there, Hansel.” But the dog remained tense.

William started to walk again. And once more, he heard the clicking footsteps close behind him. Hansel growled again.

William spun around again. “Is anyone there? I can't see you in this fog.”

A shiver of fear ran down the old man's back. “Is anyone there? Please answer.”

He was happy when he stepped up to the front door of his house, unlocked it, and made his way inside. Hansel shook himself, as if shaking off the fog. William locked the door carefully behind him.

He fed the dog and had a quiet dinner himself. Then he hurried to his workshop, where he spent most nights. Hansel found his usual comfortable spot on the carpet in one corner.

“What shall we work on tonight?” William murmured. “You know, Hansel, I have some new brown fur. I'll make some cute monkey masks to sell in the shop.”

William had several plain white masks he had shaped as monkey heads. Tonight he would apply glue over the fronts and attach the fur.

He hummed to himself as he started to work his glue brush over the first mask. Hansel snored quietly in the corner.

They were both interrupted by several loud thuds.

The dog jerked his head up, instantly alert. It took William a few seconds to realize someone was pounding on the front door. Pounding hard.

He set down the glue brush and wiped his hands on a towel.

The pounding on the door grew louder.

William had few visitors.
Who would come out on a cold, foggy night like this?

He hesitated before opening the door. The heavy pounding had stopped. All he could hear was the rush of wind on the other side.

William gripped the handle and pulled the front door open. He recognized his visitor at once. He gasped. And cried out:

“What are
you
doing here?”

The younger man squinted into the light at William. “Is that any way to greet your brother? Aren't you even going to allow me in?”

Shaking off his surprise, William stepped back to allow his brother to enter. “Randolph, I haven't seen you in years.”

“I had to follow you in the fog, William. I didn't even know where my own brother lives.”

William frowned. “Last time, our parting was
not
friendly. I'm sure you remember.”

“The past is the past,” Randolph replied, glancing around the front room. He was taller than William. His hair was still black, as was his mustache. He wore a heavy gray overcoat and carried a black leather bag that looked like a doctor's case.

They both turned as Hansel stepped into the room, growling. The dog had his head lowered, as if preparing to attack.

“I can't believe that creature is still alive.” Randolph raised the case in front of him like a shield. “Can you make him stop that ugly snarling?”

“Hansel is a good judge of character,” William said quietly. He eyed his brother.
Why has he come here?

“I told you, William, let the past be the past,” Randolph snapped. “We are brothers, after all. The world has changed since we last met. Perhaps I have changed my ways, too.”

The dog stopped growling but kept his big brown eyes steady on the visitor.

Randolph set the black case down on the small table where William ate his dinners. He shrugged off the heavy overcoat and draped it over the back of a chair.

William saw that his brother's suit was shabby and worn. One pocket was torn and the shirt cuffs were badly frayed.

He needs money. He has come to ask me for money.

“Randolph, what brings you here?”

William's brother rubbed his hands together, warming them. He shivered his shoulders. “Cold out there.”

“Yes. Did you come to bring me a weather report?”

Randolph snickered. “You have a sharp tongue, brother. In fact, I came here to help you. I came to help make you famous. Perhaps rich and famous.”

William rolled his eyes. “That's a laugh. You came to help
me
? That would be the first time, wouldn't it.”

“Times change,” Randolph muttered. He moved to the case. He struggled with the latch. “William, you will change your tune when you see what I have brought for you.”

William stepped up beside his brother, eyes on the case. He had no reason to trust Randolph. Randolph was a criminal, plain and simple. William believed he had even done time in prison.

Randolph reached deep into the case and pulled out a green-and-blue object. He unfolded it. A mask. Holding it in both hands, he raised the mask in front of him.

William heard a yelp. He turned in time to see the frightened look on Hansel's face. For the second time that night, the dog's fur rose stiff on his back. And uttering pitiful whines, the big dog wheeled around and ran from the room.

In Time by Alexandra Bracken
The Judas Sheep by Stuart Pawson
Between Earth & Sky by Karen Osborn
The Street of the Three Beds by Roser Caminals-Heath
Close to You by Kate Perry
Obeying Olivia by Kim Dare
The Salvation of Daniel (The Blue Butterfly Book 2) by Sidebottom, D H
The Bookseller by Cynthia Swanson
Summer Swing by Delia Delaney
[Roger the Chapman 02] - The Plymouth Cloak by Kate Sedley
Our partner