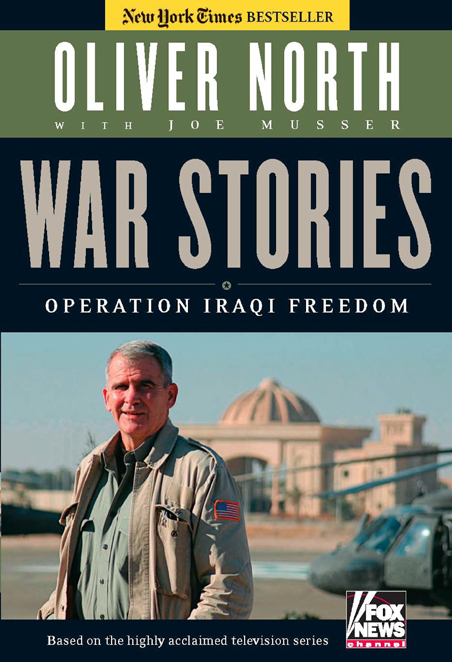 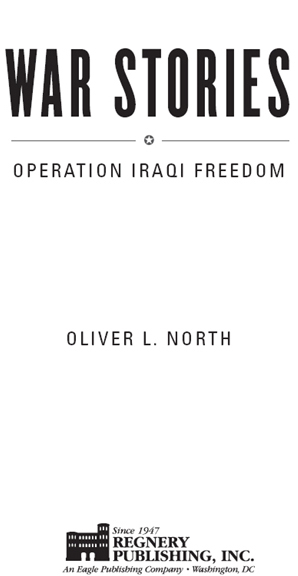 All rights reserved. No part of this publication may be reproduced or transmitted in any form or by any means electronic or mechanical, including photocopy, recording, or any information storage and retrieval system now known or to be invented, without permission in writing from the publisher, except by a reviewer who wishes to quote brief passages in connection with a review written for inclusion in a magazine, newspaper, or broadcast.

Books are available in quantity for promotional or premium use. Write to Director of Special Sales, Regnery Publishing, Inc., One Massachusetts Avenue, NW, Washington, DC 20001, for information on discounts and terms or call (202)216-0600.

For Betsy, Who waited and prayed once again â and this time got to watch

PROLOGUE
: The Land Between the Rivers

ONE
: The Road to Hell

EIGHT
: Of Rivers and Rescues

ELEVEN
: You Can Run but You Can't Hide

TWELVE
: You're in the Army Now

FOURTEEN
: Snatching Defeat from the Jaws of Victory

FIFTEEN
: The Rocky Road to Democracy

W
hoever said “No man is the whole of himself. His friends are the rest of him,” had it just about right when it comes to projects like this book. It couldn't have been done, to paraphrase the Beatles, without “a lot of help from my friends.”

Most important to this book has been the support and encouragement of my best friend, Betsy, who once again managed to hold everything together at home as I went off to yet another war. While I hung around with heroes in Iraq and then buried myself in writing about them, she prayed for my safe return, planned a wedding for daughter Sarah and husband Martin, helped daughter Tait and husband Tom when Elizabeth St. Claire was born, did the same for son Stuart and his wife Ellen when James Stuart arrived, and still found time to attend every equestrian event in which daughter Dornin competed.

This book would never have happened had Roger Ailes, Jack Abernethy, Dianne Brandi, Kevin Magee, and John Moody at FOX News not sent me to cover the heroes of Operation Iraqi Freedomâand then decided to team with Regnery Publishing to chronicle their courage in this work. As he has for so many years, my colleague, collaborator, and friend Joe Musser helped organize this narrative and
turned my military shorthand and jargon into comprehensible English.

Griff Jenkins, my field producer, cameraman, and friend, was by my side throughout our assignment in Iraq, requiring the understanding and patience of his wife, Kathleen, and two-year-old daughter, Madeline, who spent months without her daddy. They missed him, but I got to witness his competence, perseverance, and bravery.

Our incomparable FOX News team also deserves special thanks for making this project possible. In New York, senior producer Pamela Browne and our
War Stories
staff had to reschedule two months of production for our series, then rush to turn out the TV special on Operation Iraqi Freedom included with this book. In Kuwait, Don Fair and Gary Gastelu built a bureau from scratch; they and their team never failed us in the field. My colleagues Greg Kelly and Rick Leventhal, friends and fellow “embeds,” managed to shoot some of the most dramatic war footage ever recorded. Brian Knoblock's foreign desk staff and Sharri Berg's technical team made sure that what we shot made it on the air for the world to see.

At Williams & Connolly, Bob Barnett and Kathleen Ryan had the vision to see how this collaboration between FOX News and Regnery Publishing could work, and made it happen.

Regnery president and publisher Marji Ross, my incredibly patient editor Miriam Moore, and art director Amanda Elliott had to bear the stress of being unable to reach me as deadlines approached and passedâand still managed to get this tribute to these young American heroes into print. Regnery's marketing and promotion guru Stephanie Marshall succeeded in getting this work out to booksellers so that the American people could see and read just how good these soldiers, sailors, airmen, Guardsmen, and Marines really are.

This is, after all, a book about them. Lt. Col. Jerry Driscoll, the CO of HMM-268, and Col. Joe Dunford, the commander of RCT-5, are
two of the bravest men and finest Marines I've ever met. Lt. Col. Larry “Pepper” Jackson, CO of 3rd Battalion, 66th Armored Regiment is a great soldier. My sincere thanks to them and their valiant warriors who got us home in one piece. The men and women of the 1st Marine Division, the 3rd Marine Air Wing and the Army's 4th Infantry Division let us live with and follow them from late February through late April 2003 in pursuit of the most up-to-the-minute, and inspiring war storiesâtheirs.

THE LAND BETWEEN THE RIVERS

I
n one of our last broadcasts prior to leaving Iraq, I was asked by my friend Sean Hannity to predict what Baghdad will be like in a few years. “A thriving economy and a robust democracy in three yearsâif we stay the course,” I replied.

What gives me the confidence to make such a bold forecast? The history of the place. The land between the rivers has been home to risk-takers and innovators for at least five millenia. From the Mesopotamian merchant who carved the first written word into a clay tablet; to Hammurabi's code and the foundation for our concept of laws; to Abraham and Sarah, parents of the world's three monotheistic religions; all the way to Saddam Husseinâand his removal from power by an invading army; all part of the history of the land we now call Iraq.

Understanding who the Iraqi people areâand who they aren'tâis essential to comprehending the victory in Operation Iraqi Freedom. Herewith then, an epilogue that is in reality prologue for all that has happened since: a short history of the land between the rivers. It is this history that gives me hope for a better future.

What the Heart Wants by Kelli McCracken
Checkpoint Charlie by Brian Garfield
Sadie and Ratz by Sonya Hartnett
Knot in My Backyard (A Quilting Mystery) by Mary Marks
An Imperfect Circle by R.J. Sable
Bound to Be a Bride by Megan Mulry
House of Wonder by Sarah Healy
The Heart of Two Worlds by Anne Plichota
Zombies! Episode 2 - Abby's Bad Day by Turner, Ivan
Cienna's Amulet, A Christmas Romance (Raymara Barwil Romance) by Barwil, Raymara
Our partner