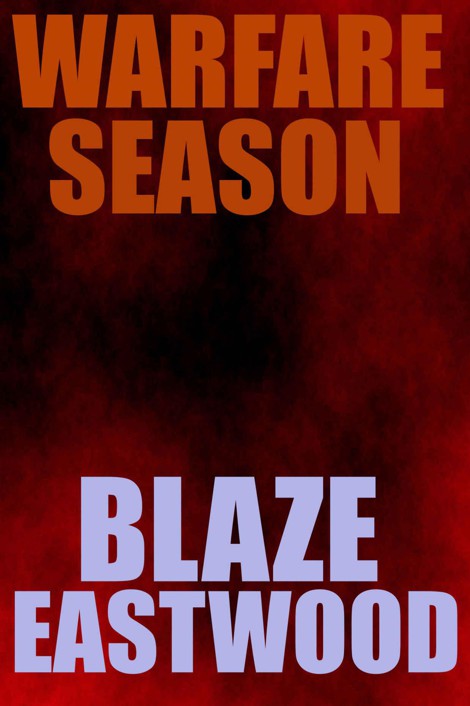 No
part of this book may be reproduced

in
any form or by any means without the

prior
written permission of the author.

This book is a work
of fiction. Names, characters, places, and incidents are either the
product of the author's imagination or are used fictitiously. Any
resemblance to actual persons, living or dead, business
establishments, events, or locales is entirely coincidental.

The
late-April heat was filling the air. Austin's air conditioner was
droning in the background, blocking out the sounds of the screaming
neighborhood kids outside, although he could still hear his neighbor
Gerald yelling about something in the alley. Gerald was always
screaming about something.

Since
the news had been particularly negative recently, Austin decided not
to bother reading, watching, or listening to it that night. He didn't
need to hear about another shooting, riot, or political scandal.

He
sat back and listened to soothing music. But the harder he tried to
be calm, the faster his mind seemed to race. The frustration mounted,
as his anxiety increased.
Why Can't I just relax?
He
asked himself in desperation.

But
how could he just take it easy with the way things had been going?
Things seemed to be getting worse by the day. Just because you stuck
your head in the sand, that didn't mean the disaster around you
wasn't real and threatening.

Although
winter wasn't much better, March through October was always the worst
part of the year. Criminals loved their warm weather, and crime
always escalated drastically once springtime rolled around the
corner.

In
an effort to create a peaceful vibe, he turned off the lights. The
sun was just beginning to set, casting shadows on the darkened walls.

It
was no use. The only thing he could meditate on was the feeling of
adrenaline surging through his veins. Just as he was about to give up
and do something else, he was able to coax himself into a mild state
of serenity, and for a minute, he almost felt a sense of tranquility
fall upon him. Perhaps he was becoming desensitized to his own
anxiety, or worse, maybe he was simply giving up on life and not
caring about anything anymore. Either way, he breathed a sigh of
relief, as the soundtrack he was listening to came to an end.

By
the time he opened his eyes, the sun had retired for the evening. He
looked up in amazement at how the minutes seemed to pass like seconds
when he was actually feeling somewhat peaceful.

With
the music off, he could hear the muffled sounds of sirens off in the
distance.

Sleep
wouldn't come easy that night, and he knew it. Instead of retiring
for the evening, he left his headphones on and continued listening to
music.

Although
he ignored the initial blast of heat, the second blast forced him to
take off the headphones and realize that the air conditioner was not
running. He got up and clicked the light switch but to no avail.

The
power was off.

He
used a flashlight and cautiously made his way down to the basement
where the circuit box was. Power outages were nothing new. Three
times out of ten, the power would turn back on after resetting the
switch by clicking it off and back on again. The rest of the time, he
would just have to wait an hour or so before the power was restored.

He
clicked the main switch off. He waited a few seconds before clicking
it back on again. Nothing.

He
headed out to his front porch, opening the door with enough force to
startle his neighbor Eddie. “Do you guys have power?”

“
No,”
Eddie replied. A patch of smoke arose from the lit cigarette that
rested between his fingers.

“
I
guess it's just another power outage then, huh?” Austin asked.

Austin
turned around and went back inside. Just before he closed the front
door, he noticed that the street lights were out. He hurriedly headed
to the back porch and looked out the window. The alley lights were
off as well. Someone was running through the darkened alley. Austin
caught a brief glimpse of the runner before he disappeared into the
darkness.

The
heat was already taking its toll. Austin powered up the generator,
getting the air conditioner to work again. He grabbed a glass of cold
water and sat back down, staring off into nothingness.

The
sirens had stopped. Now he could hear the sound of fireworks off in
the distance. Or were they gunshots? He wouldn't have been surprised
either way.

An
aroma of smoke began to fill Austin's house, even though all the
windows were shut. After stepping back outside, he could see a house
across the street that was engulfed in flames. The neighborhood
residents were gathered around the firetruck that was parked in the
middle of the street.

“
Do
you know how it started?” Austin asked.

“
They're
saying it's the owner's fault,” Eddie answered in disbelief.
“But I saw some kids messing around out there about half an
hour ago. I think it's arson. One of those Molotov cocktails.”

“
And
it never occurred to you to call the police or something when you saw
a group of strangers trespassing onto their property?”

Another
fire truck came rushing through the nearby intersection.

“
Looks
like there's more than one fire,” Austin commented.

There
were sirens in all directions, accompanied by more loud thunderous
booming noises.

“
Are
those fireworks or gunshots?” Austin asked.

“
They
sound like gunshots to me. But this is the city. What do you want?”

“
I'd
move to a better area if I could afford it,” Austin said. “But
this is crazier than usual.”

Austin
heard a glass bottle shattering behind his house. He left the crowd
of neighborhood residents to go investigate. He hurriedly but
cautiously walked through his backyard and into the alley. The alley
and garage were empty, but his roof had caught fire. A Molotov
cocktail had been thrown onto his garage roof. He ran for the hose
and put out the fire before it was able to do any serious damage.

He
could overhear a conversation between three people outside about some
kind of widespread terrorist attack that was taking place. They had
gathered the information by listening to the radio news in their car.

Austin
didn't need the news to tell him what was happening. The fact that
more and more houses and business structures were going up in flames
throughout the city startled him, but it did not entirely surprise
him. He had heard about stuff like this before, but it was always
surprising when it happened right there in person.

Sirens
continued to roar throughout the streets. The smoke in the air was
now thick enough to irritate Austin's eyes. He went back inside. The
smell of smoke was still prevalent but less intense than outside. He
watched it fill the streets, like a heavy fog.

Screams
began to fill the air, as the residents were attacked. The
firefighters were also getting attacked, many of them evacuating the
scenes for their lives.

Austin
watched a firefighter get dragged out of his truck, before the horde
of terrorists stomped on him and crushed his skull into the street
pavement.

They
were ready to shift gears and call out the national guard.

Some
people were dragged out of their houses, kicking and screaming.
Others were murdered on site, after their houses were broken into.

Due
to the strict gun laws, Austin was armed only with a baseball bat.
Some of the nearby residents who owned guns illegally, used them
after some brief hesitation. But since they owned them illegally,
sufficient quantities of ammo was difficult to get a hold of. They
emptied the few clips that they had on the terrorists, before running
out of ammo and getting killed.

Other
helpless residents sat inside terrified, desperately waiting for the
news to come back on and tell them what to do.

Austin
wasn't entirely sure of what to do. But he knew better than to
helplessly wait for the news to tell him what to do. Before he could
finish his next thought, he saw a trio of terrorists entering his
backyard. They were heading down the concrete steps for the basement
door. He rushed downstairs and stood behind the door, slightly
staggering with adrenaline. His dazed state of mind put him in a
dreamlike state.

One
of the trespassers was yelling something incomprehensible to the
other one.

It
was difficult to hear over all the chaos the flooded the surrounding
area, but occasionally he would catch a glimpse of what someone said.
The words would sort of go in and out.

“
I.
. . don't. . . . care,” the other trespasser responded,
sounding irritated and stressed out. It was the sound of someone that
was so frustrated with life, he didn't seem to want to think about
consequences anymore.

Austin
tightened his grip on the baseball bat. His only hope would be to
lurk in the shadows and pick off the trespassers after they broke the
entry, hoping that they weren't armed with guns. From what he had
seen outside, some of the terrorists were carrying guns, while others
were not. He didn't have much choice either way.

The
locked screen door began to make the sound of someone that was trying
to break in. Then suddenly it stopped.

“
Ah!
Stop tweaking me out,” one of them yelled.

There
was a snort of obnoxious laughter.

Austin
leaned his head up against the main door which stood in front of the
screen one, trying to listen more carefully.

The
voices became less audible, as they moved back up the steps. It was
almost as if they were playing some sort of bizarre game.

Austin
raced back upstairs and watched them exit the yard by climbing over
the fence instead of using the gate. He sighed, but it wasn't a sigh
of relief. He confusedly stared out the window, trying to make sense
out of everything.

By four o' clock in the
morning, things seemed to calm down a bit. The fires were no longer
blazing to the heights that they had been earlier. It was also
quieter.

The Fate of Nations Book II The Harvest by Watson, Laura
Fine-Feathered Death by Linda O. Johnston
The Order of Brigid's Cross - The Wild Hunt (Book 1): The Wild Hunt by Terri Reid
Come Inside by Tara Tilly
Brother and Sister by Joanna Trollope
Shades of Murder by Ann Granger
Diary Of A Pissed Off Wife by Jordan Silver
Vampire Lover by Linda Thomas-Sundstrom
Randolph Lalonde - Spinward Fringe Broadcast 08 - Renegades by Randolph Lalonde
Homunculus by James P. Blaylock
Our partner