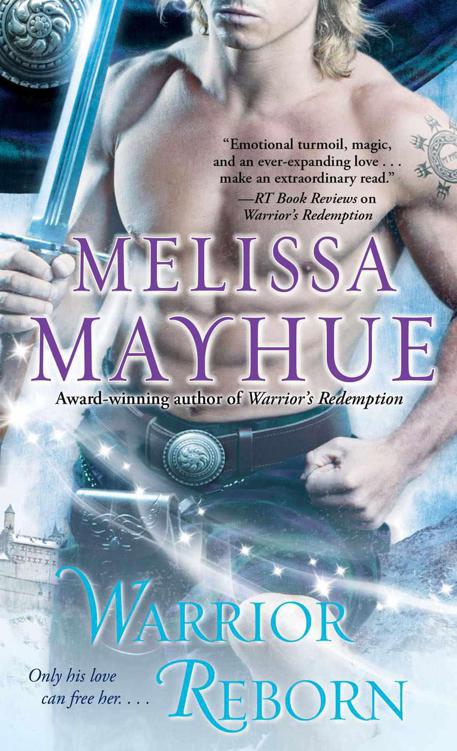 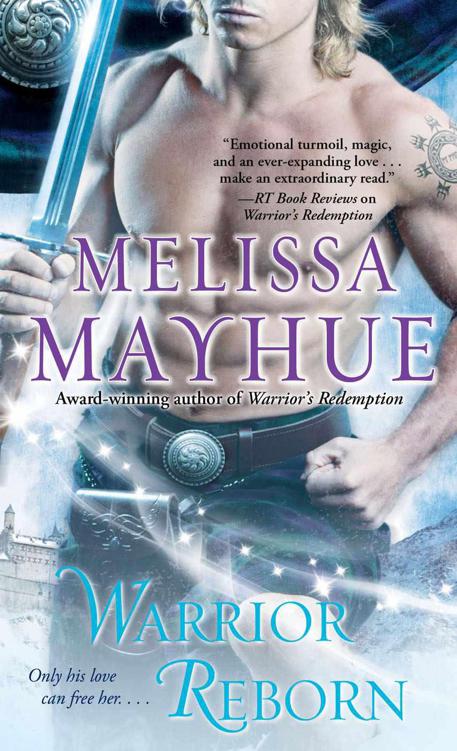 Winner of an RT Seal of Excellence Award

“Melissa Mayhue brings the Scottish locale to life with a colorful vividness. . . . An emotional romantic adventure with unforgettable characters and a magically imaginative premise.”

“Fan favorite Mayhue’s time-travel series certainly gives readers everything they want in a medieval and a time travel. Characters of vastly different backgrounds—Nordic and Texan—emotional turmoil, magic, and an ever-expanding love coupled with an unusual plot make this an extraordinary read.”

“With strong characters, witty dialogue, and an easy to follow plot, what’s not to enjoy? A must read.”

“You can’t go wrong when you pick up one of Ms. Mayhue’s books.”

“An enthralling and captivating romance. . . . A page-turner if there ever was one!”

Finalist for the 2011 RITA Award for
Paranormal Romance

“Enthralling. . . . The combination of plot, deeply emotional characters and ever-growing love is breathtaking.”

“The characters are well written, the action is nonstop, and there’s plenty of sizzling passion.”

“This is one of those series that I tell everyone to read.”

A HIGHLANDER OF HER OWN

“Wonderful. . . . Melissa Mayhue captures the complications and delights of both the modern woman and the fascination with the medieval world.”

SOUL OF A HIGHLANDER

“Absolutely riveting from start to finish.”

“Mayhue not only develops compelling protagonists, but her secondary characters are also rich and intriguing.”

“A delightful world of the faerie. . . . Snappy dialogue and passionate temptations . . . are sure to put a smile on your face.”

THIRTY NIGHTS WITH A HIGHLAND HUSBAND

“Infused with humor, engaging characters, and a twist or two.” 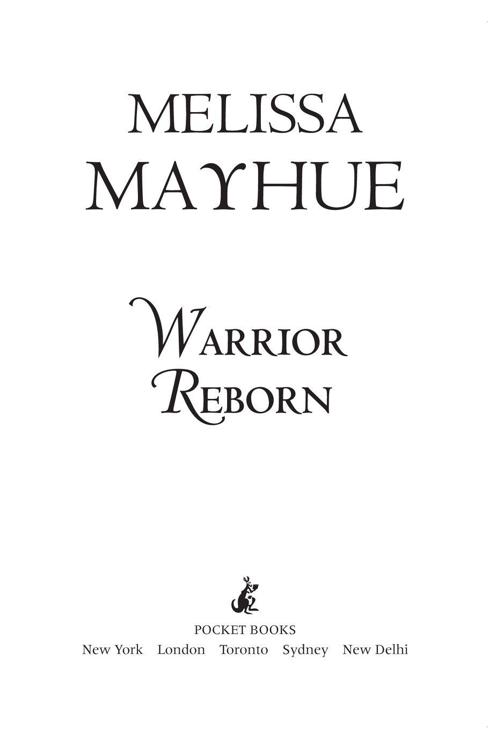 This book is dedicated with love to
Marty and Courtney.
May all your days be blessed with the Magic of True Love.
And may this be only the beginning of your
Happy Ever After!

I send my sincere thanks to a number of people for their help in seeing this book completed.

To Elaine Levine for the constant challenges and soul-replenishing lunch meetings.

To Megan Mayhue for her willingness to read bits and pieces along the way.

To all my readers for their constant encouragement and enthusiasm.

And to my new editor, Micki Nuding, for helping me to look at my writing from a different perspective. Thanks for your patience and all your hard work!

N
OTHING WAS AS
it should be here.

Not this place and certainly not him. Surrounded by all this natural beauty, no one should feel such an overwhelming sense of disappointment.

Chase Noble loosened the shoulder straps of his pack and dropped it to the ground, then settled onto the bench overlooking Fairy Falls. He pulled a long swig from his CamelBak and stared into the cascading water, losing himself to dreams and memories. With nothing but the sounds of water and wind for company, he gave free rein to the dark, lonely place in his heart that drove him to keep searching. Searching for a home and for that special someone to share his life.

If it weren’t for his unwavering faith in his father’s promise, he could easily believe he’d never find the spot he could call home. The one spot where he truly belonged. The spot where his fate, and his SoulMate, awaited him.

Foolishly, he had allowed himself to have such high hopes this time. Even the name of the place had held promise. Every word his buddy Parker had spoken in describing it had convinced him it would be the place he’d sought his whole life. Maybe it had been because Parker had spoken so lovingly of the place he remembered from his childhood. Maybe it had been the shimmer of heat waves wafting up from the ground, lending a surreal haze to the moment. Or maybe it had been no more than the small dark patch of mud in the Kandahari dust—all that had remained after they hoisted Parker’s lifeless body from the ground for their return trip to the outpost.

He’d known at that moment that he had to come here, just as surely as he’d known he wouldn’t sign on for another tour of duty.

Though he had no doubt he was intended for the life of a warrior, he hadn’t belonged in that faraway land any more than he belonged here.

Chase squinted up toward the sun dappling down through the canopy of trees.

“You could make this easier, you know, Da. You could at least point me in the right direction. One small hint is not so much to ask after all these years.”

His father rarely answered, and then only in whispered riddles that wafted to him on the breeze.

Having a full-blood Fae for a father wasn’t easy.

The word settled around him as the leaves rustled overhead.

He let the thought linger on his tongue, not at all sure he could find the words to explain even to himself. Lately it felt as though he was running out of time, as if all his options were used up and he stood at the edge of a vast precipice.

The vision was so strong, he could actually see himself taking that first step, soaring off into a blue sky of possibilities.

“Yeah, right,” he muttered, leaning over to lift his pack onto the bench beside him.

If his older sister were here, Destiny would be sternly warning him to keep his feet planted firmly on the ground and his eyes focused on the future. It was a lecture his bossy sister had given often, before he’d taken off to find his way in the world.

The thought of her made him smile.

She was correct. No more flights of fancy. He needed to set some priorities and stick to them. First on the list, find a place to crash and get a job. His savings wouldn’t last forever. Maybe then he could try to locate Destiny and Leah. It had been much too long since he’d seen his sisters.

The wind ruffled through his hair, feeling like his father’s fingers as he stood and hoisted his pack onto his back.

“Oh, yeah?” he asked, looking up toward the dark clouds billowing overhead. “
How
soon?”

Four fat raindrops plopped on his face, one after another, as if to tell him the conversation with his father was over.

He turned and headed back down the trail. No point in rushing. The skies had already opened up, pelting down on him through the breaks in the foliage. As his mom used to say, he wasn’t made of sugar; he wouldn’t melt.

In spite of today’s failure, he felt better than he had in months. He had a plan and knew what he would do next. And best of all, though he still didn’t know where he belonged, half an hour on that mountain had restored his hope. Hope that he would find his spot in the world.

The Braindead Megaphone by George Saunders
Blind Sight by Meg Howrey
Kill Me Twice: Rosie Gilmour 7 by Anna Smith
The Tenderness of Thieves by Donna Freitas
All You Could Ask For: A Novel by Mike Greenberg
The Adventures of Sir Givret the Short by Gerald Morris
Eden by Stanislaw Lem
The Marbury Lens by Andrew Smith
Rocky Mountain Valentine by Steward, Carol
Seventh Wonder by Renae Kelleigh
Our partner