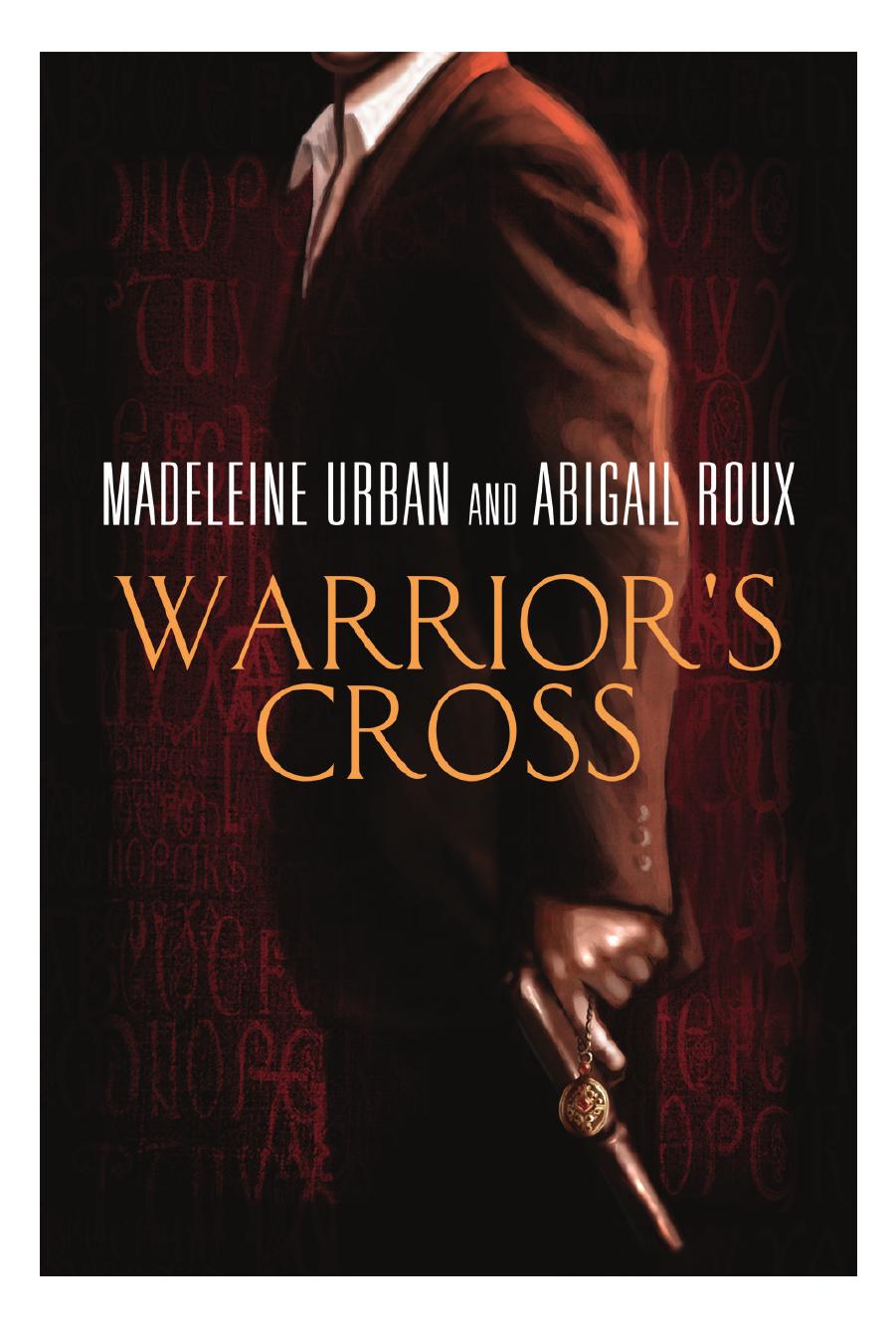 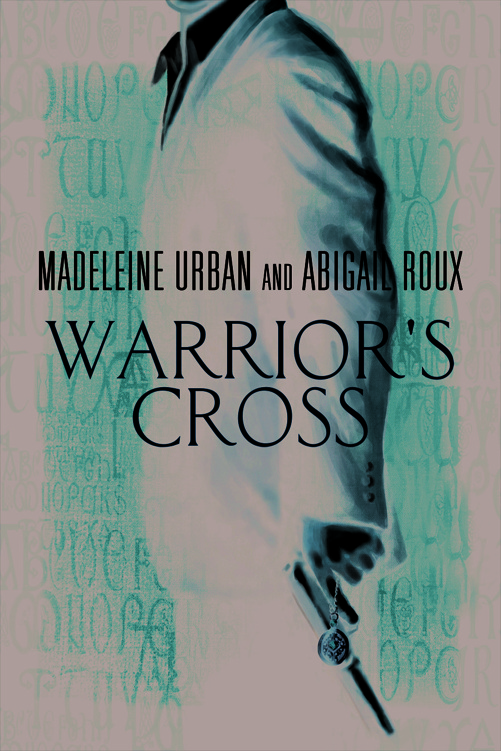 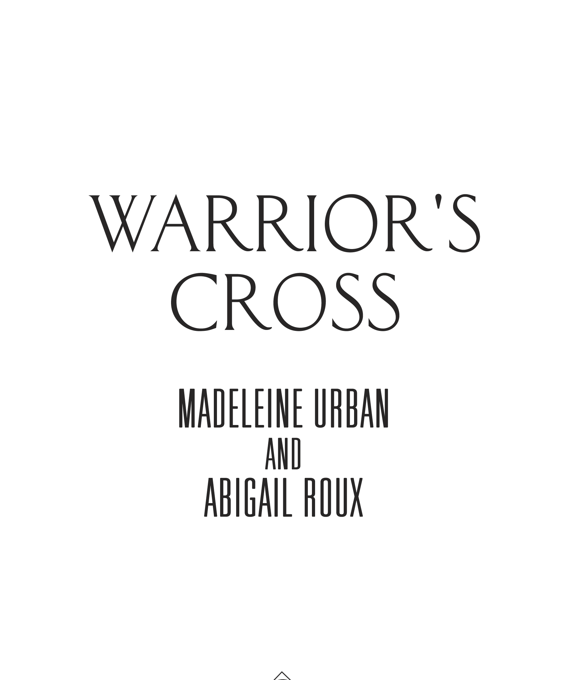 All rights reserved. No part of this book may be reproduced or transmitted in any form or by any means, electronic or mechanical, including photocopying, recording, or by any information storage and retrieval system without the written permission of the Publisher, except where permitted by law. To request permission and all other inquiries, contact Dreamspinner Press, 4760 Preston Road, Suite 244-149, Frisco, TX 75034

To the mysteries in life.

The waiter looked up from the bottle of wine he was corking.

Miri Taylor rolled her expressive eyes and tipped her head to one side, sending the long blonde tail of hair off her shoulder. “Yes.
He
.

“Always orders the special and no dessert. Yes, I remember,”

Cameron Jacobs answered hastily, going back to the bottle in an effort to hide the little jump in his nerves.

“Is it?” Cameron asked nonchalantly, although for the past month and a half he had looked forward to Tuesday nights like nothing else for that very reason. “I hadn’t really thought about it,” he lied. “I do work sixty-plus hours a week, you know,” he reminded her. “I don’t always remember everyone.”

Cameron gave her a sideways glance and tried not to smile.

“Well, you’d better get out there,” she urged as she glanced through the slats of the fashionable wooden shutters that hid the service area from the rest of the restaurant. “That man is so fine,” she muttered to herself.

Cameron stifled a laugh. He finished with the bottle and took a deep breath to calm the sudden racing of his heart. “Put this back in the cooler, would you?” he requested as he handed Miri the bottle and headed out to the floor.

Carefully recessed lights, candles on every table, and tiny, twinkling lights reflecting off the soaring glass ceiling lit the dining room. Large, clear windows along one wall offered a look at Chicago’s sparkling skyline, and tables dressed with fine linen, crystal, and china were spread about the ample space on varying levels. Soft jazz filled the air, just under the quiet buzz of voices highlighted by the clinks of utensils on plates and the scratch of chairs moving on the floor. Keri, the restaurant’s chief hostess, escorted a couple from the full waiting area to a solitary open table while many other patrons waited patiently, plied with champagne and light hors d’oeuvres.

Because at the four-star restaurant named Tuesdays, the food and service were said to be impeccable.

Cameron moved silently through the tables, his slight frame ghosting along in the all-black wait staff uniform. He wasn’t the type of man one tended to notice right off; he was trim and a little wiry, of average height and build, and he kept his brown hair cut short and neat.

His quiet personality and tendency toward introversion made him naturally discreet while working, and his pleasant but unremarkable appearance made him perfect for scooting behind chairs and reaching around people with plates, coming and going without garnering attention or interrupting a patron’s meal.

He was perfect for what he did, and he enjoyed it. But tonight there was a little more to it.

Pausing near a burbling fountain, Cameron looked across the room at his goal: a quiet alcove for two, where one man sat alone.

He’d been coming to the restaurant sporadically since it had opened eight years ago, but in the past year or so he’d become a regular. Met at the door of Tuesdays by the restaurant’s owner every time he came to eat, he always sat at the same table. He was there once a week, always on a Tuesday, whether by design Cameron couldn’t have guessed. He always ordered the special—without looking at what it might be that day—and the house wine, but declined dessert.

Cameron knew these details like he knew hundreds of other tidbits about his regular patrons, people who frequented the fine restaurant and valued the renowned service. It was one of the many traits that made him excellent at his job.

His competence gave him confidence he wouldn’t otherwise have had. Here at Tuesdays, he could handle these repeated encounters with the mysterious
him
.

Cameron came to a silent halt at the table and spoke softly. “Good evening, sir. The evening special and house wine?” he offered knowingly. It was the same thing he asked every week. He’d stopped introducing himself several months ago.

The dark man looked up at Cameron’s approach and nodded wordlessly. Cameron bowed slightly and collected the untouched menu. The patron had always been this way. The first night Cameron had served him, a long finger had jabbed at the specials card and the house wine listing. He had never said a word then or since—at least not to Cameron—only nodding or shaking his head. Cameron never pressed him, and he’d started making an effort to ask questions in a way the man could answer without much trouble. He’d wondered more than once if the man could speak at all.

“Bring an extra glass, please,” the man asked abruptly as Cameron turned away. His voice was barely there, much quieter than his large frame and dark, slightly ominous looks suggested it would be. It was as if it had wilted from disuse.

Cameron turned back, eyes a little wider than usual. “Of course,”

he said, hoping the surprise didn’t show. “Anything else?” he asked before inwardly berating himself for sounding like an idiot as he stared at his normally silent customer.

The man shook his head curtly, the motion one sharp jerk of his chin to the left.

“Yes, sir,” Cameron murmured, and he went on his way.

The man’s voice, hoarse and raspy, echoed in his head. Cameron was sure he’d never forget the sound of it. And another glass? The enigmatic customer was one of the staff’s favorite mysteries and thus a near endless source of gossip and intrigue. Each person had a theory, 4

fantasy, or story about him. If anyone had seen the man speak to him, it would send the entire wait staff into a tizzy. Every little tidbit they could glean simply fueled their interest.

Cameron’s heart beat a little faster as he thought about the extra glass, and he wasn’t quite sure why. He collected the wine and the glasses from the bar, checked to make sure there were no smudges on the crystal, and returned to the table, the whole time telling himself to be cool. There was nothing to get excited about, he repeated silently as he deftly set down the glasses and started uncorking the wine.

The patron’s eyes followed his movements unerringly. “I’ll do that tonight,” he said, his voice low, though a bit stronger than before.

“Thank you,” he added as he raised his head and looked at Cameron with dark, shadowed eyes. They reflected the candlelight like polished obsidian.

Cameron’s hands stilled, and after a moment spent caught in the man’s gaze, he offered the linen-wrapped bottle.

The man took it and nodded. “Thank you, Cameron,” he said softly. There was a hint of a polite dismissal in the words.

Cameron stared for a moment before snapping out of it. “You’re welcome,” he said as he placed the corkscrew within reach before stepping away. Hearing his name on the man’s lips made him shiver. It was… seductive. Without ever meaning to be, Cameron was sure.

The man waited until Cameron moved away before he deftly uncorked the bottle and poured himself an unseemly full glass. He looked up at the empty glass on the other side of the table for a long, motionless moment, then leaned over and poured a dainty glassful for the absent person who would sit across from him.

“Cam, what’s he doing?” Miri demanded curiously as soon as Cameron returned to the service area.

Cameron deliberately avoided looking out into the dining area, instead going to work on filling a bread-basket. “What do you mean?”

he asked, feigning ignorance in the hope that his own curiosity wouldn’t show.

“He’s got two glasses tonight. Is he meeting someone? Was he talking to you? What’d he say?” Miri asked excitedly.

To Be a Dad (Harlequin Superromance) by Kate Kelly
Trust in Me by Kathryn Shay
My Teacher Is an Alien by Bruce Coville
Debutante Hill by Lois Duncan
Coastal Cottage Calamity (A Logan Dickerson Cozy Mystery Book 2) by Abby L. Vandiver
Tempting BAD: VIP Spin Off by M. Robinson
John Maddox Roberts - Space Angel by John Maddox Roberts
A Presumption of Death by Dorothy L. Sayers, Jill Paton Walsh
Astrid Maxxim and Her Amazing Hoverbike by Wesley Allison
The Striker's Chance by Crowley, Rebecca
Our partner