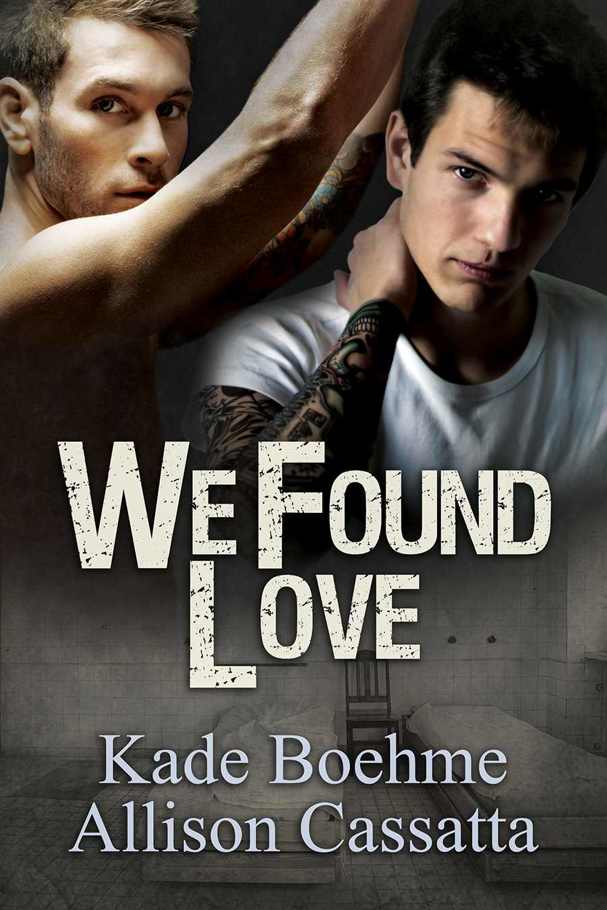 “Yummy, amazing, and sexy as hell are three words I would use to describe this novella.”

“I loved this book, and the chemistry between these two men… holy crap! Be prepared for some smexy sexy times.”

“I have to say that
Wood, Screws, & Nails
was perfect.”

—On Top, Down Under Reviews

“This story flowed so smoothly and you were on the journey with them. You felt each emotion that our characters went through.”

“
Trouble & the Wallflower
is a journey into a relationship from start to finish that compellingly shows the growth of the two characters, and how finding true love can change people for the better.”

With Allison Cassatta:
We Found Love

“This is Beauty and the Beast in the 21st Century, it was a fairy tale.”

—On Top Down Under Reviews

“Spending a few hours reading
Beast
is an enjoyable dose of sweet escapism.”

“…the writing and the character development are solid. If you are in the mood for sweetness and a modern spin on a classic story, it is a worthy read…”

“A must read for every gay person and supporter.”

Sins of the Heart

With Remmy Duchene
: This is Love

With Kade Boehme
: We Found Love 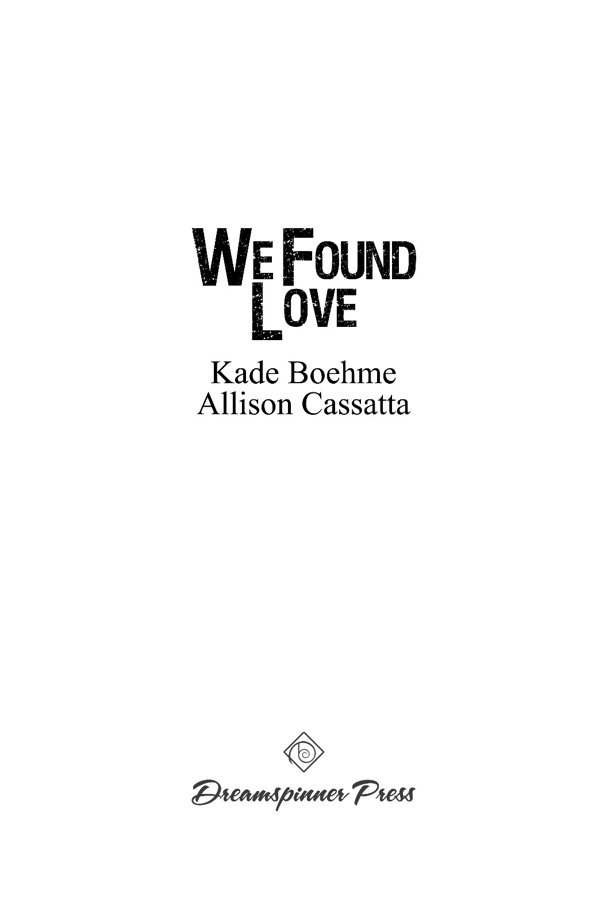 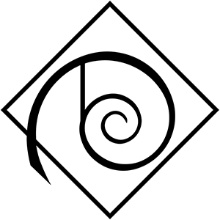 This paper meets the requirements of

Allison would like to dedicate this book to her friends and readers.

Kade would like to dedicate this to all who have ever been lost and reached for the light at the end of the tunnel. You are the heroes. You held out hope, and that is a beautiful thing.

A
CKNOWLEDGMENTS
FROM
Kade: I really, really couldn’t have survived writing this one without my cowriter. This was a dream to write, even when I was crying ugly tears.

And the readers who’ve stuck by every crazy thing I’ve thrown at them, my M/M family. Life just wouldn’t be the same without you.

“N
EWS
TODAY
in Amite City, Louisiana: ten-year-old Riley Connors, the boy who went missing four years ago from his elementary school playground while waiting for his parents to pick him up, has been found.”

The lady in red who’d found him sounded like an angel. Hers was the first voice Riley truly understood. There had been others—men yelling, people calling his name—but all those other voices had been blurred noise buried deep in the tunnel of Riley’s numb mind. Everything from the first flash of light to the falling of snowflakes melted together in one long, indistinct expanse of time. He didn’t know who or where he was, what those people were doing, and why they’d come for him in the first place. Someone had jerked him out of the closet, someone who’d promised he was safe, and he remembered screaming. They kept promising him he would be okay, and he didn’t believe them. Not until he felt the cold of a snowy night on his hot cheeks.

“The Louisiana Bureau of Investigation has taken the boy into custody, and his parents have been notified,” the woman continued. “The names of his captors haven’t been released to the public, but sources say the house where little Riley Connors was found belongs to John and Miranda Lee, formerly of Hattiesburg, Mississippi. John Lee has an extensive record of domestic abuse. Channel Five will continue to cover this and other news, so please stay tuned.”

The lights died down, and darkness descended on the woods outside the house where Riley had spent the last four years of his life, waiting for the mother and father John and Mimi swore would be coming back for him. The blonde lady who’d been talking about him handed her microphone over to one of the other men, and she spun on her heels, but when she looked at Riley for the first time, the expression on her face turned grave, sorrowful. She quickly averted her eyes and tucked her chin, like she couldn’t stand the sight of him. A lot of the adults had done that, actually—the man who’d jerked open the closet door, the gray-haired policeman who’d wrapped Riley up in the blanket. The only person who did look at him was a woman who’d promised him everything would be okay.

“That bad man won’t hurt you anymore, Riley,” she said so sincerely, tucking him into the back of a police car. The blue lights on top flashed and flickered and clicked, and it didn’t matter that Riley closed his eyes and covered his ears. He still heard the sound and still saw the blue-and-white strobes. The clicking would haunt him forever. He just knew it would.