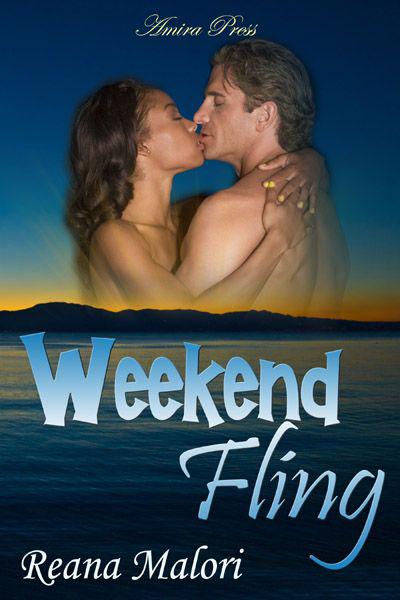 No part of this e-book may be reproduced or shared by any electronic or mechanical means, including but not limited to printing, file sharing, and e-mail, without prior written permission from Amira Press.

To Mike, without you, this book wouldn’t have been possible.

To all the ladies who have had some SO good, they still dream about it . . .

She didn’t really want to go out tonight. She’d had a nasty week at work and wasn’t expecting next week to be any better. Her coworkers were whiners, and all they ever did was complain about things that weren’t going to change anytime soon. They complained about the clients, the coffee in the kitchen, the extra hours, and anything else they deemed worthy of conversation. She had fleeting thoughts about doing something else with her life, but wasn’t sure what that would be. Plus, she had to admit that she lived a good life, so why mess up a good thing if she didn’t have to?

Kara released a deep sigh and got up from the vanity in her room and walked to the closet. She needed to find something to wear. Her best girlfriends, Lisa Worley and Heather Forrester, were trying to get her out so that she could enjoy herself more. She knew their hearts were in the right place, but she’d rather stay at home and watch a nice action movie and just forget about everything for a bit.

Kara turned to her closet again to find an outfit to wear and knew her choices were limited. They were going to a country bar—yeah, her girls thought that shit was funny—but she’d be damned if she wore anything other than what she’d wear out to a regular club. “I like how my ass looks in those new jeans I bought a couple of months ago. And, I think the red shirt with short sleeves would go perfect.” She started pulling the items out to lay on her bed.

Kara knew she had a habit of talking to herself when she was alone, but since no one was there to hear, she wasn’t stopping. “Damn, I wish I had cowboy boots. They would laugh their asses off if I strutted down the stairs rocking some boots under my jeans.” She chuckled to herself when the picture popped into her head. Looking at her footwear options, she reached into her closet and pulled out her favorite pair of black leather mules and placed them on the floor near her bed.

Walking into the bathroom, Kara gathered the items for her shower so that she could be ready for the big night out. Looking in the mirror, she gave herself a stern talking to. “Okay, girl, you know these country bumpkins don’t want anything to do with a black chick. It don’t matter how fine you are. Just go there tonight, have fun with your girls, and don’t worry about anything else. You’ve never been to a country bar before, but that’s okay. Just buck up and plan to enjoy the evening.”

She turned at the sound of her phone ringing and ran into her bedroom. She knew it was one of the girls. “Yello?”

“Hey, Kara, you almost ready?” It was her friend Heather. “We’ll be there at around ten o’clock tonight. So you better not be sleeping and giving us some lame ass excuse about not going out with us tonight.”

“Heather, you are too much. I promise to be ready when you guys get here.” Trying another tactic to steer her little group somewhere else for the night, she put a little extra sweetness in her voice. “So, why are we going to a country bar anyway? Why can’t we go to another type of club or to play pool? At least I’m good at pool.” Loud music and line dancing just wasn’t what she needed right now. Maybe they could just go out to dinner and call it a night.

“Kara Thomas, don’t start with me. We need this night out. Lisa’s been planning this for almost two weeks, and you can’t back out now.”

Kara shook her head while Heather was trying to convince her not to tell them to take a flying leap. “Dang, girl, okay, okay! I’m about to hop in the shower now. I’ll be ready by the time you get here. Use your spare key to come on in. Okay, gotta go. Bye!”

Kara lifted off the bed and started walking to the bathroom again. She loved those girls something fierce, but she would bet her next cup of expensive, white mocha-flavored coffee that they were going to get into some shit tonight. “A country bar? Jeesh! I bet they probably have a mechanical bull and everything.”

When she got out of the shower and started dressing, she decided to put on some of her scented lotion and the perfume she bought that complemented it. She always felt sexy when she wore this scent, and for some reason, she wanted to feel sexy tonight.

While in the shower, she had confirmed her decision to just let loose and have fun. She hadn’t had a boyfriend in more than . . . well, a long damn time, and her last boyfriend didn’t seem to appreciate her desire for sex that was sometimes a little more than straight up vanilla.

She didn’t think she was weird or anything. She just knew what she wanted. Sometimes that included a little something extra in the bedroom. Plus, she wasn’t afraid to ask for it. Shaking her head, she admitted that it was the asking part that made things difficult. If she didn’t ask, she would never be satisfied in the bedroom. If she did ask and make her desires known, there was the possibility that she would be made to feel less than . . . well, just less than.

She’d never even told Lisa or Heather about what she really enjoyed in the bedroom. She wasn’t sure how they’d react to her confession, and while she was positive they weren’t prudes, she simply didn’t want to take the risk.

Slipping on her diamond earrings and the matching tennis bracelet she bought as a treat for herself on her last birthday, she heard the front door open and a loud voice calling her name.

“Kara! Kara! Where are you? Hot damn, girl, let’s go! I’m ready to find me a sexy-ass cowboy to take home tonight.” Leave it to Lisa to get right down to the nitty-gritty. Her friend didn’t have a shy bone in her body, but that was okay with Kara. If nothing else, Lisa always kept her and Heather laughing, and there was never a dull moment when the three of them were together.

Walking out of her room and down the stairs to the living room, she laughed at her friends. They were at the bottom of the stairs looking up at her with anticipation. “Okay, okay, I told you I wasn’t going to back out. I’m as ready as I’ll ever be.” Grabbing her purse and car keys, she headed to the door. “Come on, ladies. Let’s get this show on the road.”

Kara decided to take her own car since she lived so far out of the way. Lisa and Heather only lived about five miles from each other, so it made things easier when the two of them drove together and Kara took her own vehicle.

It only took about twenty minutes to get to the country bar, and Kara admitted that it didn’t look half bad from the outside. A neon orange sign with the words
Nick’s Bar
lit up the night sky and allowed patrons to find the bar from almost a mile away. Taking a deep breath, she steeled her nerves for the coming night. She didn’t even know how to country dance, but that wasn’t going to stop her from having fun. She was willing to learn the two-step, do-si-do, and whatever else she could learn tonight, but she wasn’t trying to make a damn fool of herself either.

As Kara exited her car and made her way over to Lisa and Heather, she saw them both hopping from one foot to the other like two kids on Christmas morning. “Damn, why are you two so excited?”

“Girl, don’t you know? This bar has a reputation for having some fine-ass cowboys. We each plan to rope one tonight.” When Heather realized what she’d said, she broke out in giggles. “Rope one—yeah, I like that.” Flashing a wide grin, Heather turned on her heel toward the entrance.

Making their way into the bar, they paid their entrance fee and started towards an empty table near the dance floor. Once they’d claimed their spot for the night, Kara noticed how busy things were and realized she didn’t want to wait for a waitress to serve them. She stood and pulled out her credit card. “I’m going to go get drinks. Want the usual?” Lisa and Heather both nodded yes and turned their attention back to the dance floor as Kara walked away.

Austin Delaney was nursing his beer at the bar and watching the people on the dance floor when he looked up and smirked. Three women had just walked into Nick’s as proud as you please. It wasn’t that women coming into Nick’s bar was odd, because it wasn’t. It was the fact that two of them were African-American that added a little something extra. The third woman was a nice-looking redhead, but he only gave her a glance. Only long enough to notice she wasn’t bad looking, but it didn’t go beyond that. Picking up his beer to take another drink, he realized that it was the toffee-colored woman with the red shirt and painted-on jeans who caught his attention.

Austin
had only dated one other black woman in his life. She was his first real girlfriend in high school and was the typical girl next door. They had lived in the same neighborhood since fifth grade, and when they started high school, they eventually gravitated to each other. The relationship lasted for only two years, through their junior year, as her parents had relocated to
London
and she had to move away. So, while he didn’t really have a preference for any particular woman, he had simply never had another opportunity to date a black woman. He had a feeling his luck was about to change.

He didn’t usually come to Nick’s, but his buddy Jack was trying to drink away his hurt tonight since his girlfriend Sandy had given him the boot. Austin and Jack had been friends since they attended Navy SEALs training, or BUD/S school, almost sixteen years ago, and he wasn’t leaving him in the lurch. So, when Jack called and asked him to come and visit for the weekend, he couldn’t say no. Looking at the three women walking over to their table, he was glad he made the trip.