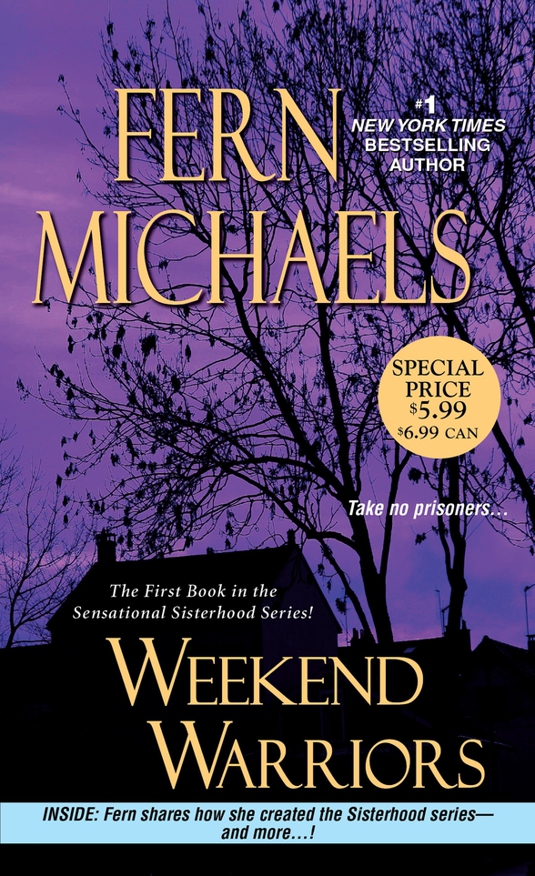 “
I NEED YOU TO HELP US, NIKKI
”
“We will form a little club,” Myra said. “You certainly know plenty of women who have . . . slipped through the cracks. We’ll invite them to join and then we’ll do whatever has to be done.”
Nikki stood up and threw her hands in the air. “You want us to be
vigilantes!
”
“Yes, dear. Thank you. I couldn’t think of the right word. Don’t you remember those movies with Charles Bronson?”
“He got caught, Myra.”
“But they let him go in the end.”
“It was a damn movie, Myra. Make-believe. You want us to do the same thing for real. Just out of curiosity, supposing we were able to find the men that raped Kathryn Lucas, what would we do to them?”
Myra smiled. “That would be up to Kathryn, now, wouldn’t it?”
“I don’t believe I’m sitting here listening to you two hatch this . . . this . . . What the hell is it, Myra?”
“A secret society of women who do what has to be done to make things right.”
Nikki sat down with a thump. “If I don’t agree to . . . go along with this, what will you do?”
Myra borrowed a line from her favorite comedian.
“‘Then we’ll have to kill you,’” she said cheerfully. “So, are you in?”
“God help me, I’m in.”
Books by Fern Michaels
The Blossom Sisters
Balancing Act
Tuesday’s Child
Betrayal
Southern Comfort
To Taste the Wine
Sins of the Flesh
Sins of Omission
Return to Sender
Mr. and Miss Anonymous
Up Close and Personal
Fool Me Once
Picture Perfect
About Face
The Future Scrolls
Kentucky Sunrise
Kentucky Heat
Kentucky Rich
Plain Jane
Charming Lily
What You Wish For
The Guest List
Listen to Your Heart
Celebration
Yesterday
Finders Keepers
Annie’s Rainbow
Sara’s Song
Vegas Sunrise
Vegas Heat
Vegas Rich
Whitefire
Wish List
Dear Emily
Christmas at Timberwoods
The Godmothers Series:
Breaking News
Deadline
Late Edition
Exclusive
The Scoop
The Sisterhood Novels:
Gotcha!
Home Free
Déjà Vu
Cross Roads
Game Over
Deadly Deals
Vanishing Act
Razor Sharp
Under the Radar
Final Justice
Collateral Damage
Fast Track
Hokus Pokus
Hide and Seek
Free Fall
Lethal Justice
Sweet Revenge
The Jury
Vendetta
Payback
Weekend Warriors
Anthologies:
A Winter Wonderland
I’ll Be Home for Christmas
Making Spirits Bright
Holiday Magic
Snow Angels
Silver Bells
Comfort and Joy
Sugar and Spice
Let it Snow
A Gift of Joy
Five Golden Rings
Deck the Halls
Jingle All the Way
eBook exclusives:
Texas Rich
Texas Heat
Fancy Dancer
Published by Kensington Publishing Corporation
FERN MICHAELS
W
EEKEND
W
ARRIORS

Cabin Fever by Alisha Rai
The Evil Twin? by P.G. Van
The English Tutor by Sara Seale
BROWNING'S ITALY by HELEN A. CLARKE
Magic in the Shadows by Devon Monk
A Trail Through Time (The Chronicles of St Mary's) by Jodi Taylor
A House Without Windows by Nadia Hashimi
The Magic of You by Johanna Lindsey
Fox Play by Robin Roseau
The Deal by Elizabeth, Z.
Our partner