Read Welcome to the Dream (A Celeste Cross Book, #1) Online

Welcome to the Dream (A Celeste Cross Book, #1) 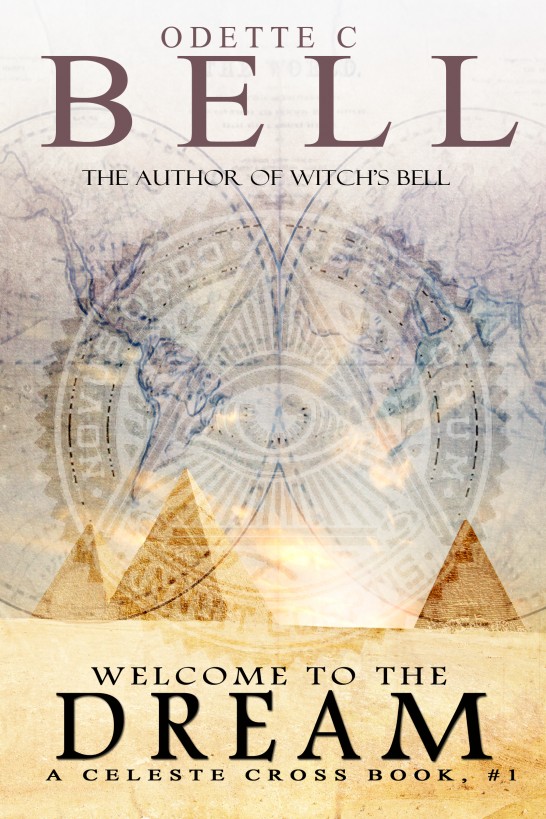 All characters in this publication
are fictitious and any resemblance to real persons, living or dead,
is purely coincidental.

Welcome to the Dream

Welcome to the Dream

Lieutenant Commander Jack
West had been a normal soldier once. He'd seen combat, gone on two
tours of Iraq, one of Afghanistan, and had then turned it into a
career. His mantelpiece was heavy with photos of his regiments, and
more than a few well-polished medals too.

But on one dark, windy night
in the summer of 2009, all that had changed. In the space of two
hours his life had flipped, dragging his career with it.

The job he now had, the
things he believed, and what he was prepared to do all went back to
that single day three years ago.

Jack sat in his beaten up
Land Rover, sipping his coffee.

Technically it was too late
for caffeine; his watch read 22:33, but that hadn't stopped him
from ordering a double shot. He was due for a late briefing back at
the base, and he needed to keep his eyes and mind sharp.

He rested back in his chair
and pressed his eyes closed with his fingers. They still smelt
faintly of dust and mold; he'd spent the whole day cleaning out his
father's house. It had been two months since he'd died, and Jack
was only getting around to sorting through his stuff
now.

He swilled his coffee,
twisting the Styrofoam cup around in his hand. The briefing would
probably run for hours. It would be a long night. Maybe he should
get something to eat too. Even a packet of roasted peanuts would
do. Just something to keep his brain working.

Not for the first time, he
ran his hand over the scar on his left index finger. He'd picked it
up on his last tour of Iraq. Light shrapnel wound from a badly-made
roadside bomb. Up until two months ago, he'd been injury free. Now
he had a reminder that luck was a soldier's best friend and worst
enemy. Bad luck had seen him drop his guard and activate the bomb
in the first place, luck had made sure the firing mechanism had
jammed.

It was a dark night, and the
breeze that had whistled through the pines all day was starting to
blow with determination. Jack watched as a pinecone shook down from
one of the trees right next to the gravel car park. It bounced off
the lower branches, rolling over the rocks underneath, until it
tumbled into the forest behind.

It caught his
eye.

Something else caught his
eye too.

The door to the pub before
him opened, and she stepped out. The tall woman in the red dress.
The one who'd spent most of the night at the table next to him
laughing. She was some kind of historian, in town to check out
recently uncovered ruins. She had the kind of smile that stretched
up slowly, her cheeks dimpling. The warmth of it could stay with
you for hours.

As she walked past his car,
she plunged a hand in her bag. Before she could pull anything out,
she stopped. Slowly she lifted her head, her brown hair brushing
over her face.

She stared off into the
forest beyond the car park.

Jack's spine bristled as he
noticed how poised and stiff her body was. Then her lips dropped
open.

A snap echoed through the
forest, loud enough that Jack pushed around in his seat to stare
towards it.

The woman teetered back on
her heels, jaw and cheeks going slack.

‘
Are you alright?’ he walked
towards her.

She twisted to look at him.
It took a moment, but she shook her head, color returning to her
cheeks.

‘
No, no, sorry,’ her chest
deflated, shoulders sagging, ‘I'm just being an idiot. I thought I
heard something, that's all.’

Her skin flushed. ‘No, really.
It's fine.’ She went back to looking in her bag.

Jack paused, craning his
neck in the same direction she had.

The forest was dark. He
couldn't see beyond the first couple of trees.

‘
It was probably the wind,’ the
woman pulled her keys from her bag. ‘I'm really sorry to have
bothered you.’

She dipped her head, cheeks
flushing further. ‘Thank you.’

Then she walked to her
car.

Jack didn't immediately turn
around and get back to his coffee. He watched her pull out from the
car park, the gravel crunching against the tires of her rental car.
She gave a little wave before she straightened the vehicle and
drove off.

He nodded her
way.

Then he turned his attention
back to the dark forest.

The wind was loud. It
rustled the leaves of the tall spruces, even rattling the sign
above the pub door. Anyone could have been spooked by all that
atmosphere.

Still, Jack waited a good
minute before getting back to his coffee.

He left the door open while
he finished it, keeping his head turned towards the forest as he
sipped.

Branches scratched against
each other, pinecones shook free and tumbled to the ground, and the
wind howled through the leaves. That was all that he
noticed.

When he finished his coffee,
it was 22:55. Time to head to the base. He crumpled the cup in his
hand, letting it land on the already littered passenger seat. Drops
of liquid trickled down his palm, collecting near his large,
black-faced watch. He ignored them, turned the engine on, and
pulled out.

The base was a 15-minute
drive away, along a torturous, narrow road. You had to be careful,
especially at night; there were too many woodland creatures
scampering around to pick up any real speed.

Jack always kept his eyes
peeled anyway – a leftover from driving in war-torn countries. You
never knew what you could face just around the bend.

He slowed down, foot
pressing against the brake as he pulled into a sharp, jack-knife
turn.

Jack slammed his foot all
the way down, and the car came to a screeching halt as he pulled up
against the dirt-covered ditch.

He yanked up the park brake,
not bothering to turn the ignition off, flicking his lights to half
illumination so he didn't blind her.

The woman from the pub, the
historian in the red dress – she was standing in the middle of the
road, blood trickling from a cut above her eye.

Jack jumped out of his car. ‘You
alright? What happened?’

He flicked his eyes to the
side. Her car was in the opposite ditch, one of the tires hanging
off its axle, the hood buckled, the front bent in.

She'd crashed into
something. But what?

He reached her, ducking his
head down to look in her eyes, gauging her level of
shock.

She stood there, blinking
softly, swaying on her feet, her eyes open but her gaze
vacant.

‘
I'm going to call—’ he began,
intending to twist on his foot, call the base, pull her off the
road, and see to her wounds with the first-aid kit in his
car.

Something snapped in the
forest to his left, just beyond the reach of his
headlights.

It got the woman's
attention. She gave a full, shuddering twitch, her shoulders
compressing inwards and downwards.

She shifted towards him,
eyes blinking from the blood trickling into them. ‘Get out of here,
get out of here.’ She pushed into his chest, fingers flattening
against his shirt. ‘
Get out of here
,’ she screamed as she kept pushing into
him.

Jack grabbed her hand, pulling
it off him. ‘Hey, hey, it's okay.’

Another snapping sound rang
through the forest to his left. It sounded like an entire tree
cracking in half.

Something must have fallen
down in the gale.

The woman sucked in a tight,
sharp breath. ‘Go, you've got to get out of here,’ she latched her
free hand on his shoulder and pushed hard. Her loose brown hair
partially obscuring her face, her long lashes blinking back the
blood.

He grabbed that hand too,
just holding them there softly. She was shocked; she'd just had a
nasty crash.

‘
We need to get you off the
road.’ Jack tried to pull her gently towards his car.

She was frantic, twisting
against his hands, straining towards the forest to his left, eyes
wide in terror.

His back was covered in
sweat now, mouth dry, heart loud in his ears.

The gale pushed her hair in
clumps over her face and shoulders, and it buffeted the loose
sleeves of his shirt and the fabric of his pants.

Jack pulled harder now. He
had to get her off the road; they couldn't just stand there, in the
middle of the bitumen, just around a blind corner.

She resisted, pulling back
against his grip.

The wind whistled and moaned
through the nearby trees, sending dead pine needles sailing through
the air like puffs of smoke.

‘
We have to get off the road—’
Jack began

There was a sound and the woman
suddenly went limp. He had to stoop forward and bring his arms
around her so she didn't fall over. ‘What the—’

There was an incredible
cracking noise from the forest, then another, and then another. It
sounded as if every single tree was tumbling over.

A tight, quick feeling of
fear raced along his spine.

He saw something, a flash
between the dark, dense branches of the spruces. It moved fast,
terrifyingly fast. He had to twist his head to the side, eyes
scanning for at least 20 meters until he saw it again.

‘
Get to the car.’ He grabbed hold
of her arm and pulled her towards the still open door of his Land
Rover.

‘
It's too late,’ her voice was
quiet, shuddering.

Just as all the hairs on the
back of Jack's neck stood on end, he heard something scrape against
the bitumen behind him. It sounded like scampering, like strong,
tough claws pulling across the rough grain of the road.

He whirled around, pushing
her towards the open door as he did.

Immediately his hand went
down to his hip, but of course there was no gun there; he'd just
been at the pub. There was one locked in a strongbox in the back of
his car though.