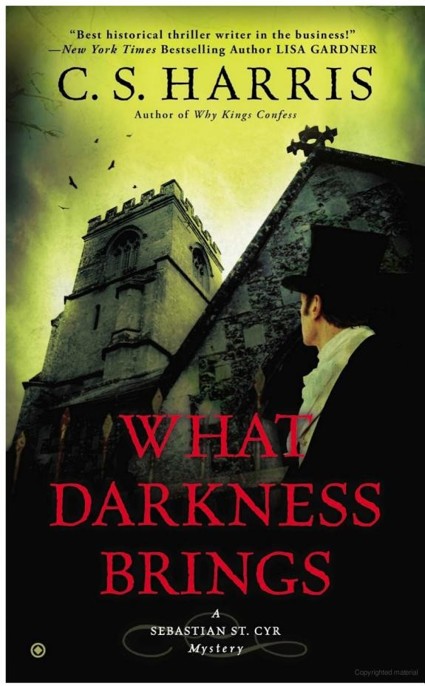 What Remains of Heaven

First published by Obsidian, an imprint of New American Library,

The gaudy, blabbing and remorseful day

Is crept into the bosom of the sea;

Who, with their drowsy, slow and flagging wings,

Clip dead men’s graves and from their misty jawBreathe foul contagious darkness in the air.

T
he man was so old his face sagged in crinkly, sallow folds and Jenny could see pink scalp through the thin white hair plastered by sweat to his head.

“The irony is delicious; don’t you agree?” he said as he slid a big, multifaceted piece of blue glass down between the swells of her breasts. The glass felt smooth and cool against her bare skin, but his fingers were as bone thin and cold as a corpse’s.

She forced herself to lie still even though she wanted desperately to squirm away. She might be only seventeen, but Jenny Davie had been in this business for almost five years. She knew how to keep a smile plastered on her face when inside her guts roiled with revulsion and an exasperated urge to say,
Can’t we just get this over with?

“Think about it.” He blinked, and she noticed he had no lashes fringing his small, sunken eyes, and that his teeth were so long and yellow they made her think of the ratty mule that pulled the dustman’s cart. He said, “Once, this diamond graced the crowns of kings and nestled in the silken bosom of a queen. And now here it lies . . . on the somewhat grubby breasts of a cheap London whore.”

“Go on wit’ you,” she scoffed, squinting down at the pretty glass. “Jist because I’m a whore don’t mean I’m stupid. That ain’t no diamond. It’s
blue
. And it’s bigger than a bloody peach pit.”

“Much bigger than a peach pit,” agreed the old man as the glass caught the flickering light from a nearby brace of candles and glowed as if with an inner fire. His dark eyes gleamed, and Jenny found herself wondering what he needed a whore for since he seemed more excited by his big chunk of blue glass than he was by her. “They say that once, this stone formed the third eye of a heathen—”

He broke off, his head coming up as a loud pounding sounded at the distant front door.

Before she could stop herself, Jenny jerked. She was lying on her back on a dusty, scratchy horsehair sofa in the cavernous, decrepit parlor of the old man’s house. Most men took their whores in the back rooms of coffeehouses or in one of the city’s numerous accommodation houses. But not this man. He always had his whores brought here, to his cobweb-draped old mansion in St. Botolph-Aldgate. And he didn’t take them upstairs either, but did his business here, on the couch—which suited Jenny just fine, since she never liked being too far from a way out of trouble.

He muttered something under his breath she didn’t understand, although from the way he said it she figured it was some kind of curse. Then he said, “He wasn’t supposed to be here this early.”

He reared up, straightening his clothes. He’d had her strip down to her stockings and shift, which he’d untied so that it gaped open nearly to her waist. But he hadn’t taken off any of his own clothes, not even his fusty, old-fashioned coat or shoes. He glanced around, the blue chunk of glass held tight in one fist. “Here,” he said, gathering her stays, petticoat, and dress and shoving them into her arms. “Take these and get in—”

The knocking sounded again, louder this time, as she slid off the couch with her crumpled clothing clutched to her chest. “I can leave—”

“No.” He moved toward the looming, old-fashioned chimneypiece that stood at one end of the room. It was a fantastical thing of smoke-darkened wood carved into tiers of columns with swags of fruit and nuts and even animals. “This won’t take long.” He pressed something in the carving, and Jenny blinked as a portion of the nearby paneling slid open. “Just get in here.”

She found herself peering into a dark cubbyhole some six or eight feet square, empty except for an old basket and a couple of ironbound trunks lined against one wall. “In there? But—”

His hand closed around her bare upper arm tight enough that she squealed, “Ow!”

“Just shut up and get in there. If you let out a peep, you won’t get paid. And if you touch anything, I’ll break your neck. Understood?”

She supposed he saw the answer—or maybe just her fear—in her face, because he didn’t wait for her reply but thrust her into the little room and slid the panel closed. Whirling around, she heard a latch click as a thick blackness swallowed her. She choked down a scream.

The air in the cubbyhole was musty and old smelling, like the man and the rest of his house, only nastier. It was so dark she wondered how the blazes he thought she was going to steal something when she couldn’t see anything but a tiny pinprick of light about level with her head. She went to press one eye against the speck of light and realized it was a peephole, contrived to give a good view of the room beyond. She watched as he nestled his pretty piece of glass inside a velvet-lined red leather box. Then he shoved the box in the drawer of a nearby console and yelled, “I’m coming, I’m coming,” as the knocking at the front door sounded again.

Jenny took a deep, shaky breath. She’d heard about some old houses having hidden cupboards like this. Priests’ holes, they called them. They had something to do with Papists and such, although she’d never quite understood what it was all about. She wondered what would happen to her if the old goat never came back to release her. And then she wished she hadn’t wondered that, because it made the walls seem to press in on her, and the blackness became so thick and heavy it felt as if it were stealing her breath and sucking the life out of her. She leaned her forehead against the wooden panel and tried to breathe in sucking little pants. She told herself that if Papists used to hide their priests in these cubbyholes, then they must have contrived a way for the panel to be opened from the inside. She began feeling around for the catch, then froze when she realized the voices from the front hall were coming closer.

Pressing her eye to the peephole again, she watched as the nasty old codger backed into the room. He had his hands raised queerly, sort of up and out to the side, like a body trying to ward off a ghost or something. Then she saw the pistol in the hands of the old man’s visitor, and she understood.

The old cove was talking fast now. Jenny held herself very still, although her heart thumped in her chest and her breath came so hard and fast it was a wonder they couldn’t hear it.

Then she heard a new pounding on the front door and someone shouting. The visitor holding the gun jerked around, distracted, and the old goat lunged.

The gun went off, belching flame and pungent smoke. The old man staggered back. Crumpled.

Jenny felt a hot, stinging gush run down her legs and realized she’d just wet herself.

Blood Bound by Patricia Briggs
Bearing Her Wishes by Vivienne Savage
Long Way Home by Eva Dolan
The Merman's Children by Poul Anderson
Awaken to Pleasure by Lauren Hawkeye
Three Times a Bride by Loretta Chase
Wrapped in the Flag by Claire Conner
La página rasgada by Nieves Hidalgo
The Keepsake (Love at the Crossroads) by Simmons, Pat
Aurora by David A. Hardy
Our partner