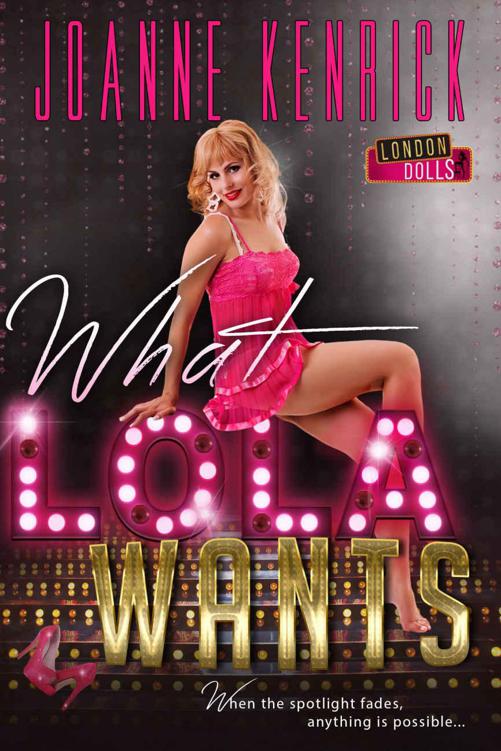 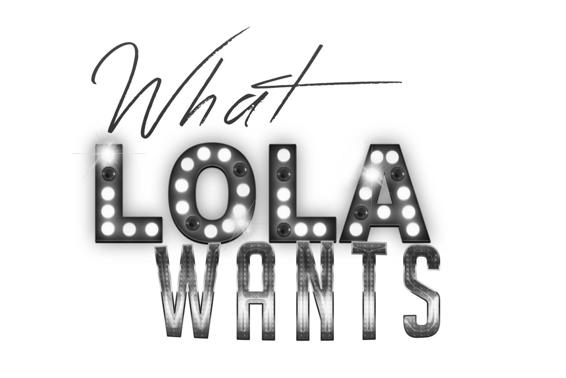 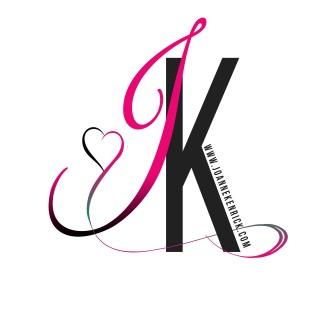 Cover art and series logo work by Bookin’ it Designs

All rights reserved. No part of this publication may be reproduced, distributed, or transmitted in any form or by any means, including photocopying, recording, or other electronic or mechanical methods that are available now or in the future, without the prior written permission of the publisher, except in the case of brief quotations embodied in critical reviews and certain other noncommercial uses permitted by copyright law.

The unauthorized reproduction or distribution of this copyrighted

work is illegal. Criminal copyright infringement (including infringement without monetary gain) is investigated by the FBI and is punishable by up to 5 years in federal prison and a fine of $250,000.

Disclaimer: This book is a work of fiction. Names, characters, places, and incidents are the products of the author’s imagination or used fictitiously. Any resemblance to actual events, locations or persons, living or dead, is entirely coincidental.

When the spotlight fades, anything is possible…

Louisa “Lola” Lone flees The Royal Ballet and ends her days as arm-candy to a cheating choreographer. Back in London, she plans to recreate herself and find the happiness success never brought her. But she hasn’t seen her best friend’s brother, the blond surfer who still holds her heart, in years, and worries he may resent her for leaving him for fame and fortune.

Dennis Bay sucks at relationships. Why? Because he can’t get over Lola. A decade after leaving without a glance back, she’s returned and needs support. He wants to pretend she’s just his baby sister’s friend, leave the city, and surf out his emotions on the biggest waves he can find, ultimately forgetting about her. But he can’t deny the frenzy of love and lust the sexy dancer has him in.

Spinning into the dazzling world of burlesque, Louisa hopes to rediscover her confidence and a path back to Dennis. But a stalker lurks in the shadows of her new life and threatens a second chance with her high school crush. Can history and desire overcome all that stands in the way of Dennis and Louisa’s happily ever after?

The train from Heathrow crawled to a halt and the exit doors opened.

Louisa Lone rose from her seat, sucked in a breath, and pulled her wheeled suitcase onto the Marble Arch platform. The station hadn’t changed since she’d jumped aboard the fast ride to center stage ten years earlier: steel blue railings that had seen better days, stark white tiles, chatter echoing through the underground tunnels.

Yet even with the bustle, an emptiness settled in her heart.

She leaned on the railing, still chipped and rusty, and let out an unbidden sigh. This was the very spot where she’d parted with Jane, her best friend, for the first time since nursery school. And it’s where she’d dared to kiss Dennis Bay goodbye. Dennis. He was one regret she hoped to fix now that she was back in London.

She maneuvered her bags up the several dozen steps leading to the street, and flinched at the one part of
home
she hadn’t missed while being on the road with The Royal Ballet; the stench of brine breezing in from the Thames, and sewage from the underground system.

A red double-decker bus squealed to a stop curbside, puffing exhaust fumes. The gritty smoke caught in her throat and teased up a cough. She sputtered and fanned the vapor away then took in an ad featuring a brunette spanning the side of the vehicle. The woman was done up like a wartime pin-up with a cheeky smirk and a dark beauty spot at the corner of one of her sparkling hazels framed with uber-thick lashes. The slogan read:

The Doll House, home of the infamous London Dolls. With a wink and a tease, they are sure to please. Every hour is Happy Hour - £1 cocktails.

Posters for several West End shows dressed billboards and store windows. She flitted her gaze along the street and made haste through the same route she used to take from The Royal Academy School of Dance with Jane, feeding on the feast of familiarities.

She arrived at the corner building she’d once lived in. Swinging the heavy glass door open, she expected the lobby to be as she’d left it. But shabby and uncared for didn’t even begin to describe the entryway—yellowed walls, graffiti declarations of love and hate, chipped and grimy floor tiles. Mouth agape, she double-checked the number on the door. Yes, she had the right place.

She squeezed into the lift. The doors closed and the elevator began its ascent.
One.
Why was it taking so long?
Two.
She needed her friend to say she’d be okay.
Three.
She pinched her nose to block out the stench of stale piss lingering in the tiny space. Glanced at the time. Five o’clock.
Four
. A ping sounded and the doors creaked open.

She hauled her bruised life’s belongings across the hallway toward her old place.

A glitter-coated pink sign adorned the door of flat forty-four, which meant her friend and old roomy, Jane, still lived there and glammed up the mundane.

She pressed the cutesy doorbell she helped pick out when she and Jane had first moved in, then waited.

It had only been four or so months since she’d last chit-chatted on the phone with Jane, but ten years had passed since they’d last rehearsed together. Last she’d heard, Jane was some big West End star now. Knowing this eased her guilt of being accepted to The Royal Ballet when Jane had been rejected.

Louisa’s suitcase bulged with all the clothes she’d managed to squeeze into the battered old thing. The sight brought home her new reality. No performing for the unforeseeable future. She slumped. Voluntary sabbatical.
Ha!
Her ex had pushed her so far into a corner that she didn’t have a choice.

She pressed the button again.

“Jane?” She knocked on the hardwood.

The door creaked open a sliver.

“Hello?” Louisa peeked around the opening, her voice a notch higher than a whisper. “Anyone home?”

She inched into her old place and peered around.

Not a stick of furniture remained in a room distinguished by peeling pink wallpaper and faded carpet. No welcoming aromas of coffee and sweet vanilla butter cream from her friend’s cake and caffeine addiction. Just the bitter lemon and pine scent of cleaning products lingered.

Nothing resembled the bright flat she’d once shared with Jane.

The door to the kitchen where she’d burned countless meals and brewed much coffee creaked open a little, and the sounds of a man engaged in a heated discussion echoed. He blasted complaints about spoiled fruitcake and returned invites.

Seemed her friend no longer lived here, but someone getting hitched did. The voice, gruff like Jane’s surfer brother, Dennis, made her pause. She dismissed the idea when the man said, “Poppycock.” Dennis wouldn’t be caught dead saying such a thing. Cock, yes. But with a poppy? Definitely not.

She pivoted into the hall and closed the door behind her.

Time to head to a hotel, that’s what, and phone Jane to let her know she was back in town and needed hugs.

“You rang, and rang…and rang?” The door flung open. She staggered back and turned. Dennis Bay loomed over her.
Blond, unruly hair, perfect tan, and bright blues. He was still the vision of a sun-kissed surfer straight from Devonshire’s wild waves, except he wore “adult” clothes now, instead of the long shorts and tee she remembered him in.

Her breath caught for the longest second before she was able to ask, “What happened to you?”

“Lola?” He curled his tongue as he over-pronounced the Ls in her name. “It can’t be.”

No one ever called her Lola, no one except him. And no one matched the sensual way he rolled his Ls that cut right through to her insides and made her heart flutter.

Dennis Bay. Jane’s older brother and Louisa’s long-time crush. One she thought she was over. Apparently, not so much.

She squealed and wrapped her arms around his neck, reveling in his musky scent with hints of amber. Oh so masculine and delicious, reminding her of the last time they’d embraced. How foolish she’d been to put her career first. How bittersweet to have kissed him goodbye, only to realize how deep her love and lust for him ran.

She’d missed him more than she realized. Or perhaps she’d missed the sense of safety his presence offered?

“Look at you, all grown up,” she said with a smile. “Thirty suits you.”

“Yes, that’s me, an adult and teaching A-Level mathematics at the local college. Didn’t expect that, did you?”

“I sure as hell didn’t, not from the beach-bum I remember you being.”

Her mind drifted to the sweeter side of their last encounter. His peppermint breath as he’d explored her mouth. How she’d shivered when he’d pressed his hulking chest against hers and tugged at her ponytail. He’d been all that existed in that moment.

He cleared his throat and inched back, the sudden space between them sending a chill through her. She’d been so wrapped up in her excitement; she hadn’t noticed he didn’t seem as pleased as she about the reunion. “Jane’s not here.”

“So I gathered. Where is she?”

Perhaps he didn’t remember their kiss or how much heat had sizzled between them. She swallowed hard and debated telling him about Al, but Dennis had a habit of wanting to take care of everything. The last thing she needed was for him to go vigilante on an ex who had the power to end her career. For good. “Please, can I grab a glass of water or something?”

Heat Wave by Kate J Squires
Surrender to Her Spanish Husband by Maggie Cox
Underworld by Meg Cabot
Astride a Pink Horse by Robert Greer
Beaches and Cream by Kojo Black
Memoirs of a beatnik by Di Prima, Diane
Body Work by Sara Paretsky
Into a Raging Blaze by Andreas Norman, Ian Giles
The Broken Sun by Darrell Pitt
The Stagers by Louisa Neil
Our partner