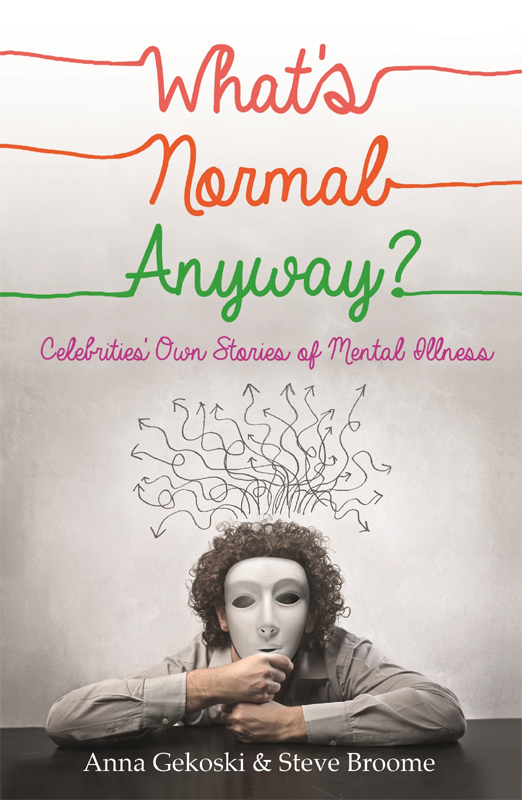 Dr Anna Gekoski
has worked as a journalist and writer, and more recently has conducted research in the field of forensic psychology. During her time as a national newspaper reporter she was the ghost-writer for the bestselling
Sara Payne: A Mother's Story
. She is also the author of
Murder by Numbers,
a psychological analysis of the childhoods of British serial killers
.
Anna has degrees in philosophy, criminology, and psychology, and a doctorate in forensic psychology.

Steve Broome
is an experienced social and economic researcher and interviewer, having spent the past fifteen years conducting projects in areas such as mental health, substance misuse, unemployment, social inclusion, economic development, and crime. He now works as Director of Research at the Royal Society of Arts, the internationally renowned think-tank.

Anna and Steve are married to each other and live in Brighton with their dog, Mavis.

First published in the UK by Constable, an imprint of Constable & Robinson, 2014

The right of Anna Gekoski and Steve Broome to be identified as the authors of this work has been asserted by them in accordance with the Copyright, Designs & Patents Act 1988.

This book is dedicated to our mums, with love

We all know someone who is affected by mental illness. It might be a family member, friend, neighbour, or colleague; now, or one day, it might be you. In fact, around a quarter of us will suffer from a mental health disorder every year, and up to half of us will do so at some point in our lives. Mental health problems are therefore remarkably common. So, as the title of this book asks: âWhat's normal anyway?'

We both have some personal experience of mental illness. We know first-hand the variety of feelings and emotions that having a mental health condition can invoke: frustration, anger, loneliness, inadequacy, embarrassment, exhaustion, fear, desperation, and hopelessness. Having experimented with different types of therapies, medications, alternative treatments, and lifestyle changes, we also know how hard it can be to find something that helps. And we know the impact of mental ill health on every aspect of life: working, socialising, relationships, and families. Finally, we know just how difficult it can be to âcome out' and admit to having a problem because, despite how widespread it is, there is still a stigma attached to mental illness.

It was these personal experiences, and the lack of useful and accessible information relating to them, that sparked the idea for this book. We wanted to
write
the book that we ourselves wanted to
read
: one containing a series of frank, detailed, first-person accounts from others also suffering from mental health conditions. We wanted the comfort of knowing that we weren't alone, of hearing about other people's symptoms and their experiences of various treatments, and of being given the hope that we could recover. Thinking that other people in our position might want the same, we decided to combine our personal experiences of mental illness with our professional backgrounds in psychology and social research to produce this book.

We decided to ask âcelebrities', rather than âordinary' people, to share their stories with us because research shows that accounts of mental illness from famous people are particularly powerful. When a celebrity âreveals' that they have been suffering from a mental health problem â in a media interview, autobiography, or on social media â the news frequently stimulates debate, and gets the public thinking and talking about mental illness. This is one of the reasons why celebrities are so often now used in awareness campaigns. A recent study by the mental health charity Mind found that one in three people changed their ideas about the sorts of people who can suffer from mental illness after hearing celebrities talking about their own experiences. Over a third said that such stories made them understand mental health disorders better, and one in five were inspired to start a conversation about mental health with someone close to them.

Not only do celebrity stories of mental illness improve general knowledge about mental health, challenge negative stereotypes, encourage compassion, and reduce stigma â they also directly encourage people to seek help. In fact, Mind found that one in five people who have sought help for a mental health problem have done so specifically because they heard a celebrity sharing their experience. These are, therefore, the broad aims of this book, which, to our knowledge, is the first of its kind. In addition, we are raising money for various mental health charities, by donating a percentage of any royalties.

To make this book as useful and relevant to as many people as possible, and to illustrate that mental illness does not discriminate, we approached a diverse range of British household names. We are immensely grateful to those who enthusiastically and generously gave their time and support to this project â not for sympathy or any kind of financial reward, but often through a passionate desire to raise awareness about mental health.

In the following chapters, an actor, footballer, television presenter, writer, Olympic medallist, two politicians, chat show host, model, broadcaster and author all give their individual accounts of the often taboo subject of mental illness. These ten people suffer, or have suffered, from some of the most common types of mental health conditions, including depression, bipolar disorder, anxiety, panic attacks, agoraphobia, obsessive compulsive disorder, body dysmorphic disorder, anorexia, and bulimia.

Their stories have both similarities and differences. Childhood experiences, genetic influences, and stressful life events are all talked about as possible triggers for mental illness. Views on taking medication vary from outright refusal, to reluctant acceptance, to welcome relief. Therapy is lifesaving for some, a source of amusement (and bemusement) for others. Some consider themselves recovered, others have learned to manage or live with their conditions, and some view their experiences not as âdisorders' at all but simply as part of who they are. There is also discussion of the (often overlooked) positives and potential benefits that going through such experiences can bring.

These personal revelations are not traditionally âghostwritten', but are written
as spoken
by the celebrities, through in-depth interviews with the authors. The accounts are presented in the subjects' own words: their use of language, patterns of speech, and experiences captured faithfully and presented, wherever possible, with minimal editing and polishing. This style has certain implications for the reader. The text does not always flow freely, but sometimes halts and stutters â as our voices naturally do â with some repetitions, hesitations, and conversational quirks left in rather than âcleaned up'.

Some of these revelations come with a liberal sprinkling of hard language and strong opinion. The stories may also make difficult or distressing reading at times. They describe metaphorical dark tunnels, rooms, and clouds; hopelessness, helplessness, and despair; sensations of numbness or deadness; feelings of being overwhelmed, unable to cope, and out of control; of being panicked, edgy, jittery, and manic; of feeling suicidal and even attempting suicide. They certainly illustrate, as both Trisha Goddard and Stephanie Cole observe, that there's no glamour in mental illness.

As you read the following chapters some of their contents may resonate with you personally, or you may recognise some of the symptoms in someone you know. This may cause uneasy or upsetting feelings. If so, we suggest that you have a look at the factsheets at the end of this book, which give information about the various disorders described in the celebrities' accounts. You may also want to contact one of the organisations â whose details are provided â that can offer information, help, and support.

The stories in this book do not make comfortable reading, but mental illness is not a comfortable subject. If you want sanitised, easy to read, highly polished, heavily edited accounts, without a hint of profanity, this book may not be for you. But if you want real accounts of mental illness â those with truth, power, passion, impact, and dignity â as well as stories of recovery, positivity, and hope â then please read on. 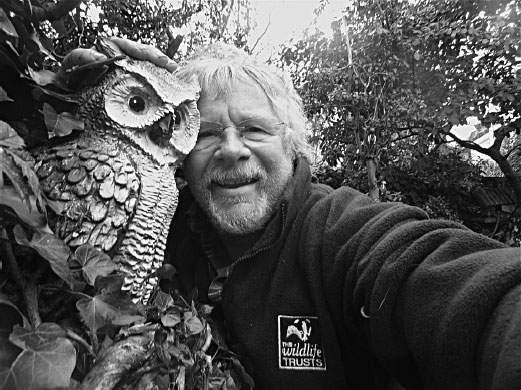 âIf you want a bit of a consolation, most people who have bipolar, when they're on the manic side, they don't look at it as manic, they look at it as creative and energetic. You know, there is a good side to that, there actually is, because at least you're happy then. You might be about to do something really stupid but you're happy. And, let's be honest, it's not a boring illness. It's not: “Oh well, you've broken your leg, put a splint on it.” It's horribly fascinating really, let's face it.'

B
ill Oddie was born in 1941 in Rochdale and educated at Cambridge University, where he studied English Literature and was a member of the Footlights Club. In the 1960s he appeared on stage in the West End and on Broadway, wrote television scripts for
That Was The Week That Was
, was one of the stars of the BBC radio programme
Sorry, I'll Read That Again
, and released numerous records. Moving into the 1970s, Bill was one of the three creators, writers, and stars of the hugely popular television comedy show
The Goodies
, which ran from 1970 to 1982. He began his wildlife and birdwatching career in the 1980s and has since presented over twenty nature shows including
Springwatch
and
Autumnwatch
. After being diagnosed with clinical depression at the age of sixty, Bill had ten years of unsuccessful treatment before finally being re-diagnosed as having bipolar disorder after taking an overdose for the second time. After starting on lithium, his condition is now stable. He is the father of three daughters, Bonnie and Kate, from his first marriage to Jean Hart, and Rosie with his wife Laura. Bill and Laura live in London, where the interview for this chapter took place.