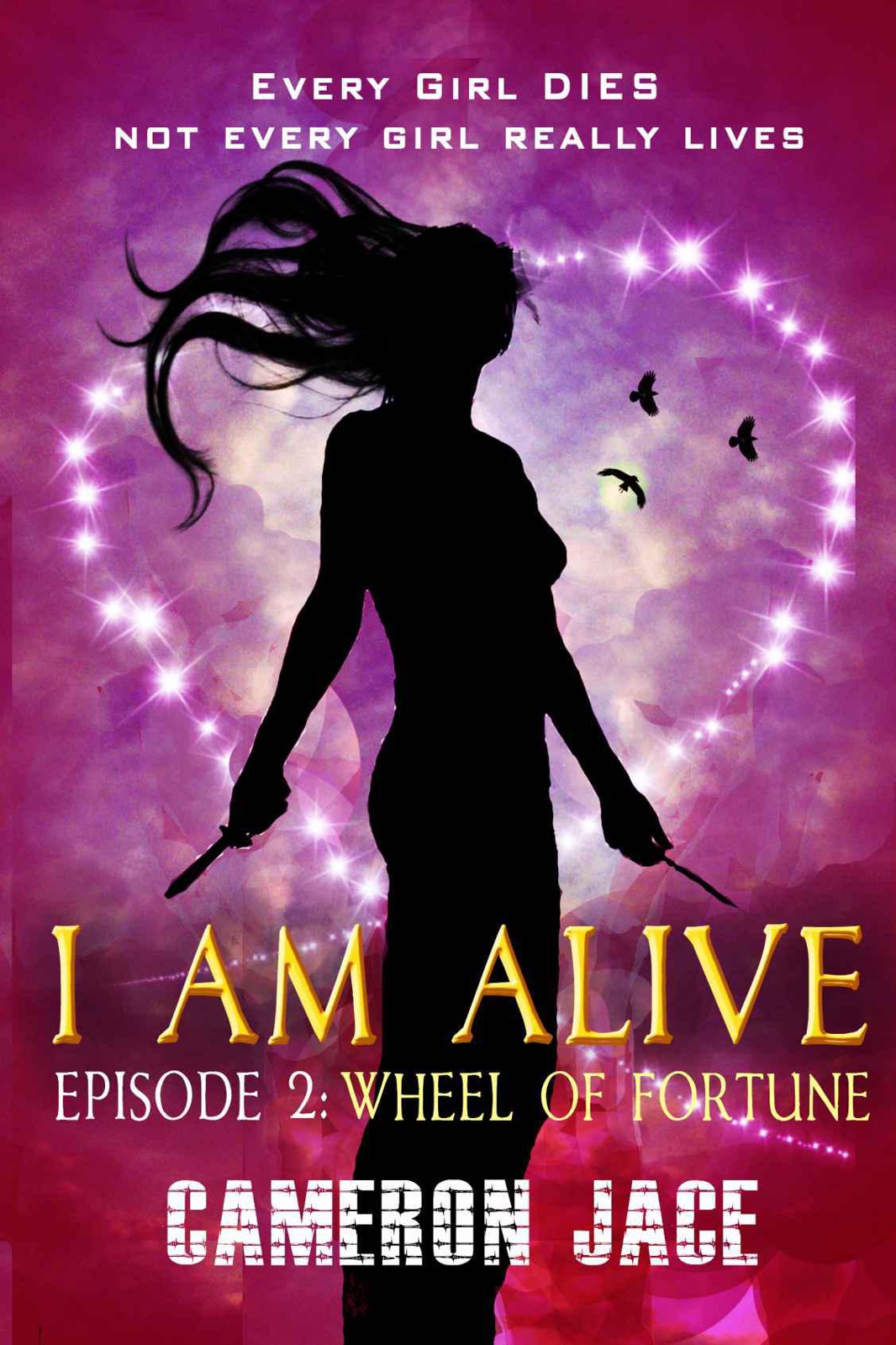 I Am Alive Series

The characters and events portrayed in this book are fictitious. Any similarity to real persons, living or dead, is coincidental and not intended by the author
.

“Readers of Battle Royale (by Koushun Takami), The Running Man, or The Long Walk (those latter two by some guy named Bachman) will quickly realize they have visited these TV badlands [ meaning Hunger Games ] before.”

The Stephen King quote above explains that the plot device of children fighting on live TV in the arena is not exclusive to the Hunger Games books. In fact, they were originally invented in Battle Royale ( book and film ), written by Koushun Takami 1999, who has honorably mentioned having borrowed the idea from several Stephen King novels before. I Am Alive uses that plot device as well.

Woo is skating on the ice like a professional. How in the name of…?

My eyelids surrender. The muscles in my neck flatten. My head falls on one shoulder.

I hear someone break the glass. I think I can hear him call my name. Maybe I am dying and hallucinating. My eyes are closed between heaven and earth…

I feel something soft and gummy touch my lips. It sticks to my sealed lips for a moment, then it parts my lips. It feels so good. So good, as if I am blooming like a flower. It feels dreamy. Is that the kiss of death?

Air fills my lungs again. I can see the air in my mind’s eye, spreading into every vein in my body. It is blue, the color of the serene sky on summer days.

I see Leo in front of me with his serious look. He is holding me. We are standing outside of the booth with all the mess around us. He knocks a Bully down and gets back to me. There is something sticking to my face. I touch it. I am wearing a gas mask. So was that what I felt on my lips?

“I got you a mask from the Bully,” Leo says. “Are you functional? There are four more to kill.”

I have to teach this homeless lion someday that you can never ask a girl a question like:
Are you functional?
What is that supposed to mean? It’s as if I am a robot or something.

I move the mask a little to talk to him. “How can you skate?” I know it is not the right time to ask, but it is never the right time when you’re about to die.

“That’s how fast men can learn.” He bumps me with his fist and winks. It hurts. “Take this.” He hands me a sword. “Don’t say you can’t use it. It is like chopping carrots. Easy.”

I take it and pull the mask back. It’s amazing when you can breathe. Such a gift.

Most of the survivors are wearing masks. Leo has given his to others.

I suddenly remember Bellona, and the blue tube.

“You don’t need to find a mask,” I yell at Leo. “Follow me.” I skate toward the first blue tube I see. “Just kill anyone who tries to kill me.”

“Wait!” He sounds upset behind me.

I slice a blue tube open with the sword. This one, and that one. I tell everyone I meet to cut the tubes open. It will take a while until the dome is filled with the oxygen from the tubes, but since most of the booths have been damaged, the survivors can breathe right into the blue tubes. I use all my strength to push the Bully off Bellona, then I pull her to an open blue tube and stick her face to it. She is blue and motionless. I don’t know what else to do. I keep giving her oxygen from the tube and hit her lightly on the back.

There is a bloodbath all around me. Survivors keep slicing the blue tubes.

We’ll be able to breathe easily in the dome within minutes, once the from the tubes fills it.

Only one Bully left.

We have to finish him to win the game, before the dome’s floor turns into a big hole of ice-cold water.

Leo finishes the Bully. When Leo kills the last Bully, I notice they have some kind of mechanical bones under their skin. Are they all cyborgs? How do they bleed?

“How is that possible?” I ask Leo.

“Some genetically human-slash-android sick creation by the Summit,” Leo says. “If I’d known earlier, I would have looked for their batteries and taken them out. Philip K Dick would’ve seen that coming.”

“
Zick
,” Leo says, as if I am a little kid he just wants to shut up. “Philip Zick. That’s what he must be called in this world.”

“So he is a Nick now?” Leo looks angry. “Unbelievable.”

We hear the horn again.

Timmy announces that the Bloodbath on Ice is over. A whole lotta advertising follows.

Four million viewers have watched us survive the Breathing Dome.

“How did you come up with the blue tubes idea?” asks Leo.

I give him the look he has been spreading around all day long. “That’s how fast
girls
can think.”

We laugh. We are exhausted. We are back from the dead. Leo, Bellona, and I.

Only eleven of us survived.

After collecting all we can from the dome, we walk to the forest, watching the sun set over the Dizny Battlefieldz.

Leo starts a fire. He is experienced with stuff like that. Bellona and her friends bring over a set of sleeping bags and other stuff they’d kept hidden in the unexploded bus. I have to know who those guys really are.

We have water, but we have no food. I wonder how long we can survive without food. Leo found a bag full of ammo with one of the dead Bullies. I guess plan B was to shoot us in the dome. Leo shoots all the nearby cameras. ’Nuff said.

We are sitting in a circle around the fire. The skaters made a deal with Timmy to let us fill the bottles of the deceased so that we have more than enough water. Still, the idea of drinking water that belongs to those who died in the game feels like drinking their blood. There is a huge, yet blurred, line between the moral world I used to dream of and the harsh world here in the Playa.

There is no food though. All we have is candy bars we found in the pockets of the deceased. So it’s not just me who is a chocolate addict. We can keep up until tomorrow. I would like to get some sleep. Strangely, I am not waiting for the next episode of my favorite series on TV. I don’t care about homework, and I am not speculating about whether I should attend college or not. I don’t worry about how to please my mom, be a good child, make my bed, help the family, avoid sneaky boys, make friends, figure out why I haven’t been invited to some party, mourn over my bad luck, be bored and think about trying cigarettes or drinking for a change. None of that matters anymore. I wouldn’t care if my mom burst into my room, yelling at me for all the troubles I have caused her and my dad, and how I ruined their relationship. My teachers could send me to detention and call me on my behavior. I wouldn’t care, not a bit. I wouldn’t even acknowledge anything they say. If they want to call me a Bad Kid, so be it. I have a life now. A scary and deadly life. Yes! But at least I get to defend who I am and who I want to be. No one can control me and decide my future anymore.

The Playa Chronicles by Roy Glenn
Enemies on Tap by Avery Flynn
Angel Confidential by Mike Ripley
Heart's Desire by Amy Griswold
The Journal of Dora Damage by Belinda Starling
Seducing Celestine by Amarinda Jones
The Convenient Bride by Winchester, Catherine
The Wicked City by Megan Morgan
The Secrets of Mia Danvers by Robyn Dehart
Her Tiger Billionaire by Lizzie Lynn Lee
Our partner