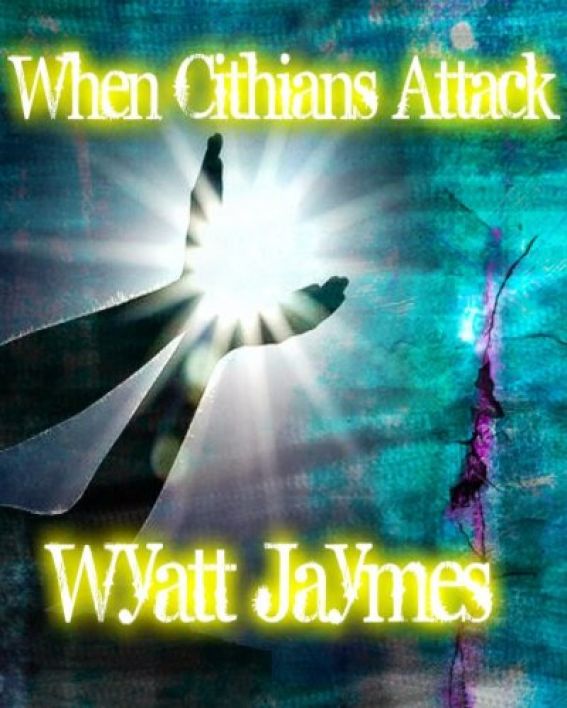 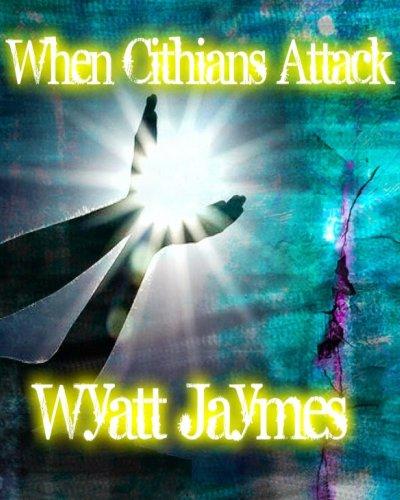 For Jeff Westcoat, a true friend when I needed
it the most.

A unique people live among the
people of Siraka. They are called Cithians. These Cithians have the
power to shoot beams of any color out of their hands. These beams
destroy everything that comes in contact with them. They also
possess people and make people become evil by entering into their
conscious mind and making them think that all good things come from
bad decisions. They can turn you into a mythical creature once you
master them enough. They were founded during the fall of Rome on a
planet called Earth, or what they believe to be called Cither. They
were founded upon the saying that all men are created
equal.

They didn’t always have powers.

Long ago, in the spring of 1442, a
war was brewing between the humans, and the people of my home
planet, Hiton. Several people were already dead. The only chance
for humanity to survive was in the hands of Adagar Markson; a man
who was a warlock. (Warlocks are the only people who can transfer
powers from one person to another. They can also make things out of
their powers. ) He mixed light, bars of steel, water and, Fire
together to make a potion. A potion that could save
humanity.

When Adagar touched it, light
streamed out of his hands. He thought: Yes! This could save
humanity! He gives the potion in the form of two big metal
bracelets also known as power rings to Kodyack Blues. Kodyack asks
what they do and Adagar says:

”It gives people the power to heal
their own wounds by taking energy out of them. But, only one
warrior will be able to heal other people with this power. His name
will be The Healing Warrior. The healing warrior’s powers will be
able to save you from death. I’ll call these powers: Warrior Powers
because they can also turn you into a warrior form.”

But there was another who sought to
destroy the good-sided people of Cither. His name was Gadrid
Markson. He created a potion by mixing lightning, Darkness and
fire. When he drank it, he could shoot beams of Darkness out of his
hands.

The Cithians liked to infiltrate the ranks.
They often felt out of place with the world. Plus, they weren’t
happy about being arranged in ranks. They felt that everyone should
be equal.

So, The President, Brian Henderson outlawed
them. He sent a group of government operatives called Strikers to
kill all the Cithians. Another reason the outlawing was made was
because people got jealous. They thought that having powers gave
the Cithians freedom and they wanted that freedom.

The Strikers tried their best to kill every
Cithian. Entire cities were shut down. Houses were searched for
what seemed like instant terrorists.

My dad says that the Cithians are still here
for only one reason: The Sayis’. Just when everyone thought the
Cithians were doomed these Sayis’ stepped in and saved them by
stopping the search for all Cithians. They did this by erasing the
existence of Cithians from the Strikers’ minds. But, The Sayis’
said that this won’t stop them. They said that if another Cithian
attack happens, the Strikers’ memories will be returned to
them.

Skyscrapers and flying cars crashed
into each other as they fell to the ground.

Rockets exploded as they burst into
buildings. A black portal opened as a man with a blue face emerged.
It disappeared. Beams of darkness shot out of his hands as he rose
into the air.

The beams hit the windows as they
shattered. The skyscraper belong to the Gapers- A huge software
company. People inside the building screamed as it toppled
over.

These Kandriths worship Satan day in
and day out and they call him Rakif.

Rangrates helped people out from
under the rubble. They wore loose clothing. Ganthiras stepped on
top of people and pushed them to the side to get to safety. They
vote for the people in power.

Another Cithian rose into the air.
Beams of Darkness hit straight into five buildings. We all
screamed.

The buildings are all around us were
in rubble so we had no choice but to hide out in the sewers. The
light flickered on as we climbed down the ladder. The sewers smelt
like poopy mold.

I saw a door about a foot or two
away. It had cobwebs all over it.

The stomping of footsteps came from
above us. We all ran to the door. I closed it behind us.

Jaren came up to me.

“The Rangrates are to blame for
this. They should pay!”

“What are you
talking about? They helped people out from the rubble.” I
said.

“If rangrates would
just mind their own business instead of helping people then Siraka
would be a better place to live.” Jaren said.

“You’re wrong! The
human race survives in these tragedies only if its helped.” A woman
said.

She had bright white hair; She
looked to be in her 20s. She wore a gray shirt and blue jeans. Her
face was milky white. Her eyes were a dull hazelnut.

A man stood up.

“Kaylee’s right. If
anything, Ganthiras are the ones to blame.” he said.

He was bald except for gray hair on
both sides of his head. His face was pasty white. His eyes were
emerald green.

He wore a light blue vest with no
shirt underneath and black jeans.

Small white orbs went around my
hands. They went into my hands; beams of light shot of my hands at
Jaren; throwing him against the wall.

Two people in white uniforms ran
towards me. I ran away. They still chased after me. I ran
faster.

I just reawakened the Strikers
memories by showing my powers to world. They must be after me. I
don’t know if I’ll live or die.

We came to an intersection. I went left. The
people in white uniforms went right. I tripped on a rock. They
turned around and ran towards me. I got up as I ran to a fork in
the path.

I took the second path. The white uniformed
people followed after me. Rocks lay on the ground all around us as
I tripped again. Pushing on my hands, I got up. I booked to another
fork in the path.

The white uniformed people tackled me as they
cuffed me. They threw a black disk on the ground. A indigo beam
shot out of it. They dragged me into it.

Chapter 2 Prison in the
desert

We appeared in a large field and it was full of
sand. Five tents were pitched all around it. The strikers dragged
me to a purple tent at the edge of the camp. I looked to the left
and then to the right. Cacti was on each side of the
tent.

A white lady was standing right in front of me.
Her vest glimmered with the color of water. A white shirt was under
it. She wore blue jeans. She held her up dark brown. Her bangs
swayed side to side as I saw her dirty brown eyes. She put down her
hair.

“Take your clothes off in the red tent. I want
you to change into this.” she said. She handed a blue jumpsuit to
one of the strikers. The Strikers released me.

They followed me out of the purple tent and
stood outside the red one as they gave me my jumpsuit. Blue
jumpsuits were thrown all over the place. I took off my clothes and
slipped into the jumpsuit. I zipped it up.

I went out of the blue tent. It was a bright
day outside- The western sun was out and the sky was blue with
white clouds all over it. The Strikers cuffed me and brought me
back into the purple tent. The white lady looked at me.

Thoughts ran through my mind.
My hometown was destroyed by these Cithians! How
in the freakin’ world are they saving me from anything? Is it
really possible that I could be a Cithian too? If so, what might
they do to me?

I looked at Theresa.

“Cithians aren’t a menace! I’m a Cithian too!
And, you don’t see me destroying peoples’ hometowns!”

Theresa smiled at me.

“That's because your powers aren't
fully grown. Once they do, they'll take you over and make you mad.
We can help you avoid that.” she said.

Screams echoed through my
mind.
I just killed Jaren. Yes,he was my
enemy. But, what’ll happen the next time I kill someone with my
powers? Will they really possess me and make me go mad? Will I hurt
the ones closest to me even my sister, Crystal? Or, my mom and
dad?

“Good. You’ll be
staying with Sedge in the green tent.” Theresa said.

She looked at the Strikers.

“Boys, take him to the green tent!” she
said.

The Strikers cuffed me again. They escorted me
to the green tent. They released me .

A boy came up to me. He had a blue jumpsuit on
too. His pasty white face glowed. His opened his eyes. They were
blue like crystals. His messy blonde hair shined in the light of
day. He reached out his hand.

“My name is Sedge Larkin.” he said. I shook his
hand.

“It’s a good thing the strikers brought you
here.”

“Get what, exactly? The strikers are just
trying to save mankind from bad Cithians.”

That Perfect Someone by Johanna Lindsey
Dipping In A Toe by Carroll-Bradd , Linda
Glimpse by Stacey Wallace Benefiel
The Ghost and The Graveyard (The Monk's Hill Witch) by Jack, Genevieve
How to Land Her Lawman by Teresa Southwick
The Path of Silence by Edita A. Petrick
Shard Knight (Echoes Across Time Book 1) by Ballard, Matthew
Most Secret by John Dickson Carr
Ghosts in the Machine (The Babel Trilogy Book 2) by Richard Farr
Accession of the Stone Born: The Vigiles Urbani Chronicles by Ken Lange
Our partner