Read When Death Draws Near Online

When Death Draws Near 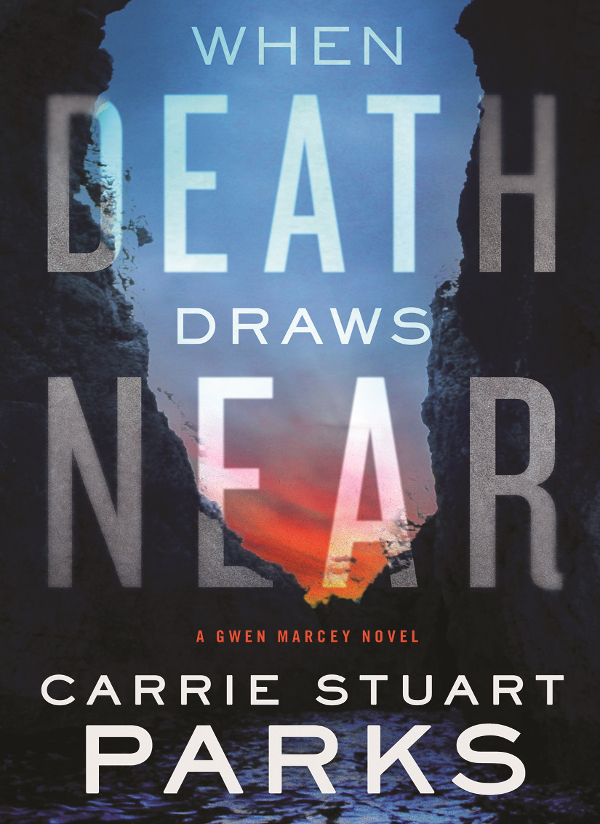 ADVANCE PRAISE FOR
WHEN DEATH DRAWS NEAR

“I've always known Carrie as someone devoted to mastering her craft, be it forensics, fine art, public speaking, kick-butt dinners (but please, no more zucchini!), or writing suspenseful mystery novels with just the right touch of her characteristic wit.
When Death Draws Near
reflects Carrie's way with all things creative: it's engaging, tightly woven, painstakingly researched, and a just plain fun read. Dive in!”

“Carrie Stuart Parks is a riveting storyteller, and every book about forensic artist Gwen Marcey shines with authenticity from this real-life forensic artist. Her books are an automatic buy for me and stay on my keeper shelf.
When Death Draws Near
and every other Parks novel is highly recommended!”

“Thank you so very much, Carrie Stuart Parks, for giving me a reading hangover! Carrie injected this story with so much tension, suspense, and superb characterization that I lost hours of sleep and ignored my own work because I simply HAD to finish the book. I highly recommend [
When Death Draws Near
], but only when you have several hours of uninterrupted time to read because you will NOT want to put it down. Fabulous job! Eagerly waiting the next Gwen Marcey story!”

A race from the first chapter to the end,
When Death Draws Near
is a delight for suspense lovers of all types.”

“Christian fiction lovers will devour this new work by Carrie Stuart Parks because it delivers on so many fronts. It's not only a page-turning murder mystery, but a gripping and compassionate story about personal trial.”

PRAISE FOR THE GWEN MARCEY NOVELS

“Once again, Parks has written a top-notch forensic thriller . . . The details are rich but not overpowering, and Parks writes with an excellent balance of science, forensics, action, and comfort. This second Gwen Marcey novel will create a following for Parks, with readers anxiously awaiting the next installment.”

“This book holds the reader's attention from the first page with a riveting mystery that will keep them guessing until the final chapter.”

“Parks, in her debut novel, has clearly done her research and never disappoints when it comes to crisp dialogue, characterization, or surprising twists and turns.”

â
P
UBLISHERS
W
EEKLY
,
ON
A C
RY FROM THE
D
UST

“Besides having a resourceful and likable heroine, the book also features that rarest of characters: a villain you don't see coming, but whom you hate with relish . . .
A Cry from the Dust
will keep you hoping, praying and guessing till the end.”

“Renowned forensic and fine artist Parks's action-packed and compelling tale of suspense is haunting in its intensity. Well researched and written in an almost journalistic style, this emotionally charged story is recommended for fans of Ted Dekker, Mary Higgins Clark, and historical suspense.”

â
L
IBRARY
J
OURNAL
,
ON
A C
RY FROM THE
D
UST

“Parks's fast-paced and suspenseful debut novel is an entertaining addition to the inspirational genre. Her writing is polished, and the research behind the novel brings credibility to the story . . . an excellent book that is sure to put Carrie Stuart Parks on readers' radars.”

“A unique novel of forensics and fanaticism. A good story on timely subjects well told. For me, these are the ingredients of a successful novel today and Carrie Stuart Parks has done just that.” 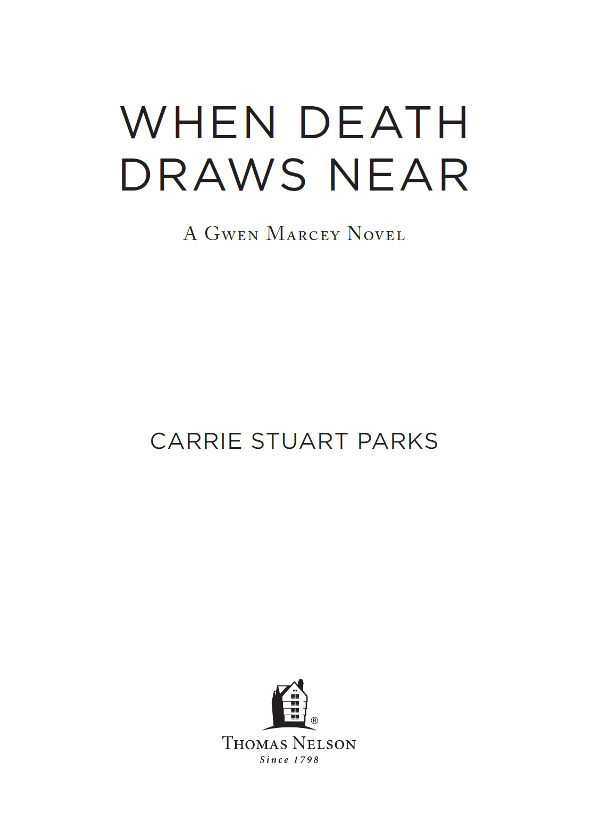 Thomas Nelson titles may be purchased in bulk for educational, business, fund-raising, or sales promotional use. For information, please e-mail [email protected]

To Frank,
the master storyteller.
Once again, thank you.
âGrasshopper

MIRIAM KNEW, SHE
KNEW
TONIGHT WOULD BE
the night the Holy Spirit would anoint her. The tingling filled her chest and ran down her arms. “Shananamamascaca,” she whispered in prayer language, spinning to the pounding, driving music.

The Spirit was powerful in the church tonight. Around her, the congregation, led by Pastor Grady Maynard, danced, twirled, and praised the Lord in tongues. The bare lightbulbs hanging from the ceiling cast a harsh yellow light on the worshipers. The odor of candles, sweat, and musty carpet rose like incense. Arms were raised, voices lifted, eyes closed.

The burning power of the Holy Spirit rushed through Miriam's body. An indescribable sense of joy and peace filled her to overflowing. Time was meaningless. The music faded, singing muffled, shouts muted. Her lips moved in a prayer she could barely hear. “Shaaaanaamaascaca.” Tears slid down her face, pooling on her chin.

Pastor Maynard placed his microphone on the pulpit and
reached under the pew in the front of the church. Sweat soaked his green dress shirt and streamed down his face.

Pulling out a wooden box with a Plexiglas lid, Maynard reached inside. Louder shouts of praise erupted around him. Tambourines and cymbals joined the cacophony of sound.

Miriam took her place in the circle surrounding Maynard.

From the box came a slow
chchch
speeding to a continuous
cheeeeeheeeee
.

The pastor drew the giant timber rattler from the serpent box. The snake twisted and coiled in his hand, its flat, gray-black head darting from side to side. He draped the serpent around his neck and reached for more from the box.

Pastor Maynard raised several serpents overhead before handing them to the next man. Keeping the timber rattler around his neck, he lifted his voice in jubilant tongues.

The snakes passed around the circle. Worshipers would drape the snakes on their heads or cuddle them in their arms while spinning or dancing.

Miriam moved out of the circle and slipped next to Maynard. This would be the serpent she would handle. She reached for the rattler.

Pastor Maynard slipped the snake from his neck and into her hands. She lifted it over her head and closed her eyes. The Spirit's power over the serpent charged up her arm. She stomped her feet and whirled, the serpent held high. The Holy Spirit claimed overwhelming victory.

She lowered the serpent.

The snake whipped around and struck her wrist, sinking its fangs deep into her flesh.

Pain like a million bee stings coursed up her arm. Someone snatched the serpent from her hands as she doubled over in agony and dropped to her knees.

The drumming music stopped. A chorus of voices rose, then faded.

Miriam gasped. Blackness lapped around her mind. The world retreated into velvet nothingness.