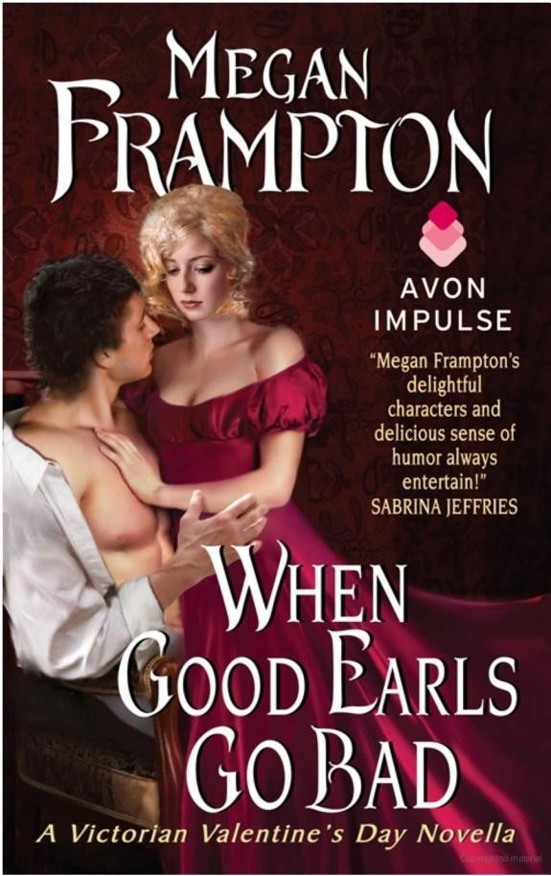 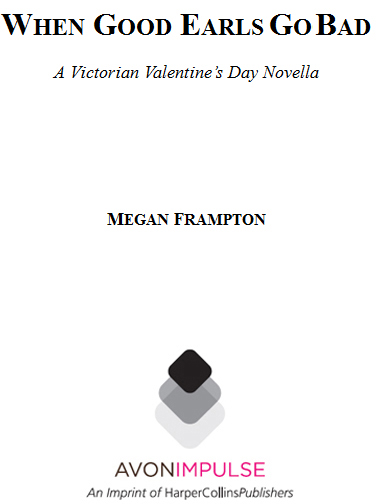 An Excerpt from
Put Up Your Duke

An Excerpt from
Various States of Undress: Georgia
by Laura Simcox

An Excerpt from
Make It Last
by Megan Erickson

An Excerpt from
Hero By Night
by Sara Jane Stone

An Excerpt from
Mayhem
by Jamie Shaw

An Excerpt from
Sinful Rewards 1
by Cynthia Sax

An Excerpt from
Forbidden
by Charlotte Stein

An Excerpt from
Her Highland Fling
by Jennifer McQuiston

A Belle’s Guide to Household Management

When you are asked to dust the furniture, do not make the mistake of bringing dust in and placing it on the furniture; the order is, in fact, to
un
-dust the furniture. This will save you many hours of dust-locating, placing, and then un-dusting.

“W
hile it’s not precisely true that nobody is here, because I am, in fact, here, the truth is that there is no one here who can accommodate the request.”

The man standing in the main area of the Quality Employment Agency didn’t leave. She’d have to keep on, then.

“If I weren’t here, then it would be even more in question, since you wouldn’t know the answer to the question one way or the other, would you? So I am here, but I am not the proper person for what you need.”

The man fidgeted with the hat he held in his hand. But still did not take her hint. She would have to persevere.

“I suggest you leave the information, and we will endeavor to fill the position when there is someone here who is not me.” Annabelle gave a short nod of her head as she finished speaking, knowing she had been absolutely clear in what she’d said. If repetitive. So it was a surprise that the man to whom she was speaking was staring back at her, his mouth slightly opened, his eyes blinking behind his owlish spectacles. His hat now held very tightly in his hand.

Perhaps she should speak more slowly.

“We do not have a housekeeper for hire,” she said, pausing between each word. “I am the owner, not one of the employees for hire.”

Now the man’s mouth had closed, but it still seemed as though he did not understand.

“I do not understand,” he said, confirming her very suspicion. “This is an employment agency, and I have an employer who wishes to find an employee. And if I do not find a suitable person within . . . ”—and at this he withdrew a pocket watch from his waistcoat and frowned at it, as though it was its fault it was already past tea time, and
goodness, wasn’t she hungry and had Caroline left any milk in the jug? Because if not, well—
“twenty-four hours, my employer, the Earl of Selkirk, will be most displeased, and we will ensure your agency will no longer receive our patronage.”

That last part drew her attention away from the issue of the milk and whether or not there was any.

“The Earl of . . .?” she said, feeling that flutter in her stomach that signaled there was nobility present or being mentioned—or she wished there were, at least. Rather like the milk, actually.

“Selkirk,” the man replied in a firm tone. He had no comment on the milk. And why would he? He didn’t even know it was a possibility that they didn’t have any, and if she did have to serve him tea, what would she say? Besides which, she had no clue to the man’s name; he had just come in and been all brusque and demanded a housekeeper when there was none.

“Selkirk,” Annabelle repeated, her mind rifling through all the nobles she’d ever heard mentioned.

“A Scottish earl,” the man said.

Annabelle beamed and clapped her hands. “Oh, Scottish! Small wonder I did not recognize the title, I’ve only ever been in London and once to the seaside when I was five years old, but I wouldn’t have known if that was Scotland, but I am fairly certain it was not because it would have been cold and it was quite warm in the water. Unless the weather was unseasonable, I can safely say I have never been to Scotland, nor do I know of any Scottish earls.”

“Glad to have that settled,” the man said in the kind of strangled hush that most people seemed to speak after some time conversing with her. “The thing is, the purpose of my visit here is to hire a person to take care of the earl while he is in London on business.”

Annabelle opened her mouth to speak, but he held his hand up, indicating she should wait.

That, too, was something many people did to her. Was there a class that everyone took in How to Speak to Annabelle of which she was unaware? Because they were remarkably consistent in their discourse, and it couldn’t be coincidental.

But he was still speaking, so she couldn’t think about the possibility of the class, and whether she herself would be allowed to enroll. And why they hadn’t asked her to lead the class.

“And the earl was most specific, as he is about most things,” the man said, almost as though he were annoyed about that, “that there be someone at the house he’s rented to prepare it for his arrival. I do not have time to waste on this matter. Do you have a housekeeper who can take care of the earl for the time, perhaps as much as a month, that he is in residence in London?”

He drew himself up to his full height and stared down at her, as though daring her to reply in a way he did not want.

“To be clear,” he continued, as though he hadn’t been clear already. Only she still wasn’t quite certain, so perhaps he hadn’t. “To be clear, the earl is most insistent that he only have a housekeeper while he is in residence.” His expression revealed just what he thought of that edict. “So can you assist, or should I apply to another agency?”

Annabelle liked to accommodate, and the earl was an earl, after all. Even if she could already tell he was odd, not only because he was Scottish but because he wasn’t demanding that every servant in London bow to his every whim.

She bit her lip and thought about it for perhaps half a second, almost the same amount of time she spent on what she was going to say next in general. Her agency partner had been just as reckless a few months ago, and look where that had gotten her: a duke for a husband and a new child without the bother of childbirth.

This would not net her a duke, obviously, since this was an earl, and she hoped that there were not any children going to be in residence, but still, besides all that, it was a remarkably similar situation.

“I do not normally take on positions myself, you understand, but since the earl is in such desperate need, and there is no one here”—
as I’ve mentioned several times, you’d think he could have realized that by now—
“who can fill the situation, I will come along and take care of it. For a month, no longer.” That would bring her up to right around Valentine’s Day, and if she were busy, perhaps she wouldn’t remember she did not have a Valentine. “Is that suitable?”

Now the man—she might have to ask his name soon, only then she might also have to offer him tea, since they had become known to one another, and she still hadn’t figured out the milk issue—had what she might call a smirk on his face, only she didn’t know him well enough to know if he was amused or he was perhaps hungry. In which case she’d have to offer him tea, damn the milk, and she really did not want to do that. Mostly because she now had to find out where the Scottish earl lived and get over there to discover what needed doing.

“You,” he said, and now she knew he wasn’t hungry, he was amused, because there was a strong hint of a laugh in his tone, only she didn’t see what there was that was so funny. “You would be perfect. Thank you.”

I
t wasn’t very long after she’d closed the door behind Mr. Bell—she’d found out his name, as well as his employment at a London-based company that had a Scottish name, only she couldn’t remember what it was—and left a note for Caroline, the other owner of the agency, that she had gone to her lodgings and packed a bag with all the essentials she’d require for being away for a month: her gowns, the good one and the better one (she left the best at home since she didn’t think she’d need it and she was wearing the worst one), all of the installments of Mr. Dickens’s
Pickwick Papers
, and her feather duster, which hadn’t seen much use as its intended function, but it was colorful and might make her look more officially like a housekeeper.

She couldn’t bring Cat, her cat (
obviously!
), since she didn’t think the earl would appreciate a feline being sprung at him, even if Cat was way too timid to spring at anyone, but likely the earl wouldn’t care about Cat’s lack of confidence; he would just be irked that she had brought an inhabitant to the house who was neither a housekeeper nor an earl.

Not that
she
was a housekeeper, but she would endeavor to keep that secret to herself. Although Mr. Bell likely suspected, given that she had basically told him that. But he didn’t seem to mind—or possibly he didn’t understand?—so hopefully the earl wouldn’t. Mind or understand, that is. And even if she wasn’t technically a housekeeper, she wouldn’t let the house go, so she wasn’t a housegiverawayer or anything, so if she could just ensure the house was kept, she felt certain, confident even, that he would never know.

So Cat was currently ensconced with her landlady, who promised to feed Cat on a schedule (
if “constant” was a schedule
), and Annabelle was trudging up Grove End Road, her valise in hand and her annoyance at herself for being such an avid reader (the papers were heavy) in her head.

Thankfully No. 65 arrived soon after No. 63, and she drew out the key Mr. Bell had given her and inserted it into the lock of the door.

The door swung wide and emitted an ominous creaking noise that made Annabelle’s heart flutter against her ribs. And not in the pleasant
I’ve just thought about nobility
way. Because this nobility was Scottish, after all, and she had no idea what their type of nobility was like.

She took a deep breath and stepped over the threshold.

And stood in the small hallway, a torrent of dust billowing up from the floor as though she were some sort of Celtic warrior woman and the dust was her army.

Although she would have to eradicate the dust, wouldn’t she, given that she was now a housekeeper and not a housegiverawayer. So did that make her a Celtic warrior traitor? Never mind. She’d solve all that later.

The house was so still and the dust so present, it was clear no one had stood in this hallway for a long while. Mr. Bell had said the earl would arrive tomorrow and that he only required a few rooms for his visit, and thankfully it was early enough today—
or earl-y, she snickered to herself—
so she could attack her Dust Army and perhaps brave the kitchen to ensure there were no Mice Minions lurking in there to disturb her.