Where Late the Sweet Birds Sang 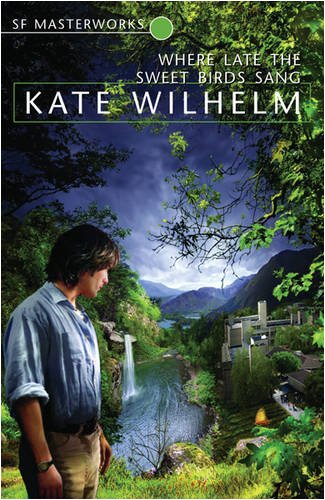 Where Late the Sweet Birds Sang

Enter the SF Gateway
In the last years of the twentieth century (as Wells might have put it), Gollancz, Britain’s oldest and most distinguished science fiction imprint, created the SF and Fantasy Masterworks series. Dedicated to re-publishing the English language’s finest works of SF and Fantasy, most of which were languishing out of print at the time, they were – and remain – landmark lists, consummately fulfilling the original mission statement:

Now, as we move inexorably into the twenty-first century, we are delighted to be widening our remit even more. The realities of commercial publishing are such that vast troves of classic SF & Fantasy are almost certainly destined never again to see print. Until very recently, this meant that anyone interested in reading any of these books would have been confined to scouring second-hand bookshops. The advent of digital publishing has changed that paradigm for ever.
The technology now exists to enable us to make available, for the first time, the entire backlists of an incredibly wide range of classic and modern SF and fantasy authors. Our plan is, at its simplest, to use this technology to build on the success of the SF and Fantasy Masterworks series and to go even further.
Welcome to the new home of Science Fiction & Fantasy. Welcome to the most comprehensive electronic library of classic SFF titles ever assembled.
Welcome to the SF Gateway.
Contents
Title Page
Gateway Introduction
Contents
Part 1