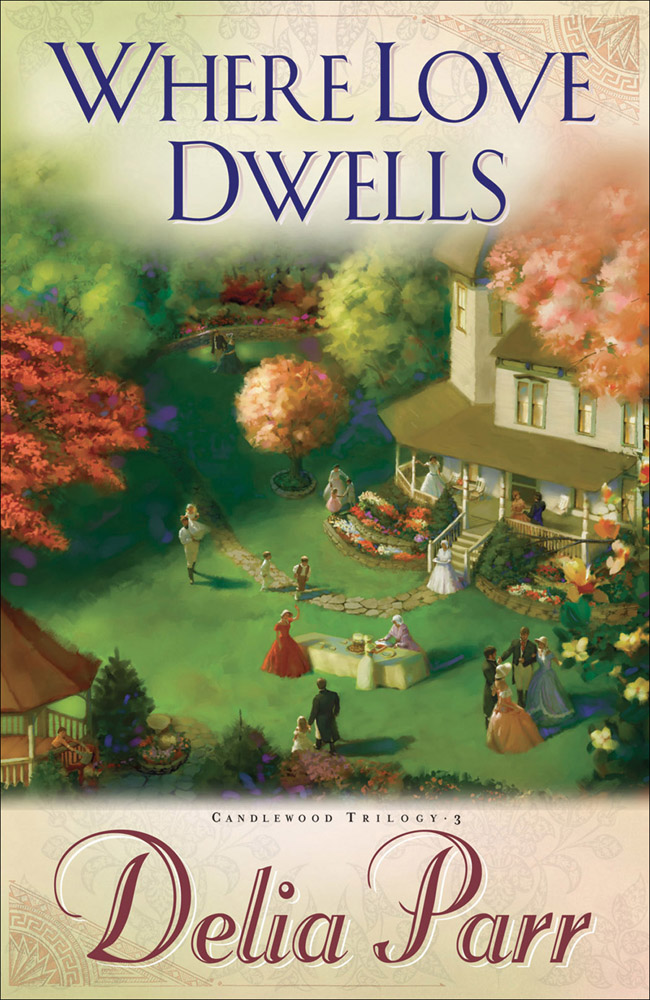 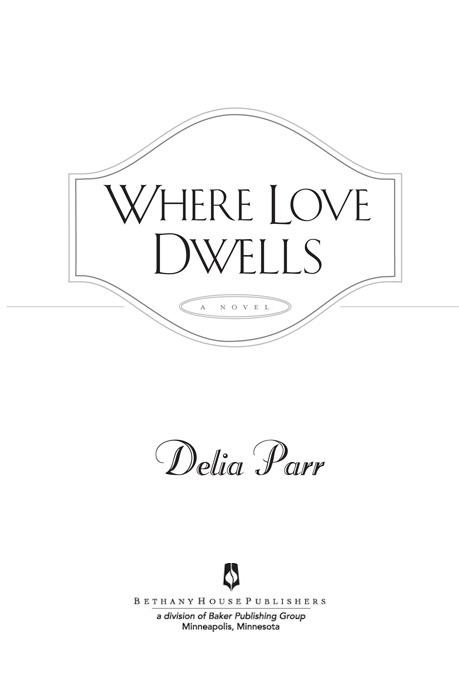 All rights reserved. No part of this publication may be reproduced, stored in a retrieval system, or transmitted in any form or by any meansâelectronic, mechanical, photocopying, recording, or otherwiseâwithout the prior written permission of the publisher. The only exception is brief quotations in printed reviews.

Emma shifted in her saddle and wondered why Zachary Breckenwith was so determined to court her if he thought her odd. “How gallant of you to say so,” she quipped before shaking off the water clinging to her rain cape. They had ridden through a shower of hail, but the driving rain now forced them to seek shelter under a heavy copse of pine trees, and Emma found she had no interest in discovering the surprise he had planned for her today during their outing.

Not now, when he obviously had such a low opinion of her.

“Forgive my choice of words. I don't find you odd, exactly . . . I meant to say you are unusual. Even remarkable,” he offered. His gaze met hers and held it. “Most women I've known have neither the interest nor the character to focus so entirely on other people that they make little time for themselves.”

Although his words soothed her doubts about his opinion of her, Emma was uncomfortable with his compliment and deflected it easilyâas she had often rejected some of the advice he had given her as her lawyer over the past five years. “Perhaps it's more a mark
of my professions, rather than my character. After serving patrons at the General Store for most of my life and now accommodating guests at Hill House, I've always had to focus on what other people need. I've never had the luxury of worrying overmuch about what I wanted to do for myself,” she argued.

He smiled and cocked his head. “But you can choose to have the time to think more about yourself now if you'd agree to marry me. Build a new life . . . with me,” he whispered. “Say yes. Say you'll marry me.”

Her heart skipped a beat and she held his gaze. The true affection simmering in the depths of his dove gray eyes nearly scattered every reservation she had about the issues that needed to be resolved if they did marry. With his dark looks and tall stature, he was a handsome man by any woman's standards, but it was his wit and his acceptance of her as his equal on many levels that endeared him to her more than anything else.

Emma added persistence to his other good qualities and smiled. “I thought you agreed that I would give you my answer after all of my sons had come home to Candlewood with their families to celebrate my birthday. That's only a few weeks away.”

The twinkle in his eyes sparkled just a bit brighter. “True, but you could say yes today simply because you have a bit of time to yourself right now to think about it, thanks to the rain,” he said with a smile. “You did just argue that you've never had the luxury of having time for yourself, did you not?”

She laughed out loud. “I did. And you are an incorrigible master of words who has an uncanny ability to direct the topic of conversation in exactly the direction you choose. Would you say that's a mark of your character or your profession?” she asked, deliberately turning her earlier words back at him.

This time,
he
laughed out loud. “I suspect it's a bit of both.”
He paused for a moment. “You've proven yourself to be quite a challenge during this courtship of ours, just as I suspect you'd be if we were adversaries in a court of law.”

“Your adversary in court?” Emma snorted. “Assuming I overlook the fact that practicing law is the one domain I would have chosen to claim for myself had it not been refused to me because of my gentler sex, I would be curious. Would you find me to be an odd adversary in court or a remarkable one?” she teased, although truth be told, her inability to pursue her interest in practicing law because she was a woman still created an undercurrent of disappointment. She had come to accept, however, that it was a path God had not chosen for her.

Zachary smiled. “I'd find you quite remarkable, of course.”

Emma was fashioning a suitable reply in her mind when droplets of rain began to filter through the canopy overhead. Torn between wanting to leave their shelter to continue their outingâbefore he pressed her again for an answer to his proposalâand the exasperating reality that the weather was becoming far too foul to entertain that notion, she let out a deep sigh. “I don't think we can stay here any longer. The rain is getting much heavier. I'm afraid your surprise for me will have to wait,” she added, deliberately avoiding any mention of his marriage proposal.

“You're right, of course. We really should turn back and save our outing for another day. Perhaps I could salvage a bit of our time together by simply telling you exactly what my surprise for you is.”

More than satisfied with his offer, she smiled at him. “Please don't tell me your surprise. I do believe I can wait another day to learn what it is that you've planned for me.”

“You can wait,” he repeated, then shook his head as they urged their horses out from beneath the protection of the canopy toward Hill House. “You're sure?”

“Absolutely. Surprised?” she prompted, enjoying the banter that had always been a hallmark of their relationship, although their conversations had become decidedly more personal once they had begun courting.

“Completely,” he admitted. “Maybe it's better if I do tell you,” he insisted, with his head bent low against the driving rain.

“What irks you more, that I am content to wait or that
you
have to wait to surprise
me?”
she teased.

“Neither,” he said. “At the moment, I'm more concerned with how I'm going to explain to your mother-in-law that I let you talk me into venturing out today in the first place. If you take a chill from riding in this rain, I'll never forgive myself. And forgiveness is not something I'll be likely to receive from your mother-in-law, either.”

“That's not true,” she countered as their horses plodded slowly toward home. “Mother Garrett will forgive you rather quickly because she'll be too busy telling me, âI told you so.' ” Emma smiled. “After living with her for over thirty years, I've grown accustomed to the fact she's almost always right. With our outing canceled today, though, I'm not certain how much longer I can bear her teasing about this surprise of yours,” she admitted and shook her head. “How a woman who hasn't been able to keep a secret for the better part of her seventy-odd years has been able to keep yours so well is a wonder I can't begin to fathom.”

“Your mother-in-law knows how important my surprise is,” he insisted.

“Indeed,” she said, more perplexed by how quickly her mother-in-law
had allied herself with this man against Emma than by the nature of the surprise he had planned for her.

They skirted the town boundaries of Candlewood, avoiding Main Street, where they would no doubt attract attention, along with more gossip than either one of them cared to invite. By the time they crossed the canal at the north end of town, the rain had blessedly slowed to a drizzle again.

Emma's rain cape had kept her body dry, for the most part, but the brim of her bonnet was sagging down to her brow, and her saturated leather riding gloves numbed her hands. When she caught sight of Hill House, perched just ahead, she smiled. “Almost home and almost none the worse for the experience,” she announced. “At least Mother Garrett won't be able to find fault with me for not dressing properly for this abominable weather. How are you faring?”

Zachary shook the water from his rain slicker and chuckled. “Well enough, I suppose,” he admitted as he led them through the woods at the base of the hill. Once he had tied both horses securely to trees at the edge of the woods, he helped her dismount and offered his arm. “I'll see you to your door before I take the horses back to the livery. I don't suppose you'd be inclined to give me an answer along the way,” he said, locking his gaze with hers.

Emboldened by the depth of affection she saw in his eyes, she furrowed her brow and feigned confusion. “An answer?”

He cocked his head. “I never thought being coy with me was part of your nature.”

“Perhaps it should be. Nevertheless, I'll have your answer for you by my birthday, as promised,” she whispered and took his arm. Noting the rain-drenched grass ahead and a mud slick that stretched across the plateau where she'd had a gazebo erected only last year, she was thankful for the security he offered. What would
it be like to have the dependability of a spouse again? “Will you come in and warm up before taking the horses back?” she asked as they carefully walked toward the steps that led up to the patio on the side of the house.

Zachary tightened his hold on her arm. “I think it's probably best ifâ”

Emma somehow lost her footing and plopped down on the slick grass, knocking the breath out of her. Then Zachary's attempts to hold her upright caused him to land right next to her. Together, they slid straight into that mud slick, splattering mud in all directions until they finally oozed to a stop.

Momentarily stunned and thoroughly mortified, Emma clapped her hand to her pounding heart, adding mud to one of the few places on her person the mud had missed. To her horror, mud oozed over the top of her boots and beneath her split riding skirt all the way up to her knees.

Unfortunately, her companion had fared just as disastrously. He was covered with mud from head to toe. “I'm so, so sorry! Truly sorry,” she gushed before she dissolved into a fit of giggles that swallowed the rest of her apology. When she finally regained her composure, she shook her head. “I'm sorry. It's just that you're . . . you're quite a . . . a mess.” Emma tasted the grit of mud on her lips. She tried wiping it away with her forearm, since her hands were coated with mud, but failed miserably.

Zachary chuckled and held tightly to her arm while he reached inside his slicker to retrieve a handkerchief. “Here. Try this. You took quite a spill. Are you all right?”

“I'm fine. Embarrassed all to pieces, but fine,” she insisted as she swiped at the mud on her lips with his handkerchief.

Grinning, he pointed at her face. “You might try wiping the tip of your nose, as well.”

Appalled, she followed his suggestion and cleaned the mud from the tip of her nose. When she finished, she glanced down at her mud-splattered cape and riding skirt, glanced up at him, and frowned. “I don't suppose there's any way we could get cleaned up before we get to the house and Mother Garrett sees us, is there?”

“I doubt it. We'll be fortunate to get back to our feet without falling again,” he cautioned as he stabilized his footing before reaching down to help her up from the mud.

“You're probably right. I've never been able to get away with a single thing where Mother Garrett is concerned,” she grumbled as he helped her get to her feet.