Read While I Live Online 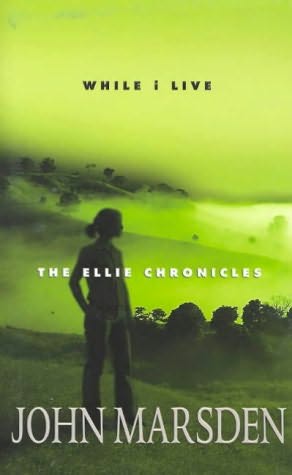 John Marsden is a lover of language (‘my parents used it skilfully and attractively’), of stories (‘as a child I’d often read two or three books in a day’), and of the bush (‘I used the money from writing to protect 1100 acres of native forest on the edge of Melbourne’).

His writing courses at his forest property, the Tye Estate, are well-known. Schools from all over Australia, Singapore and Indonesia regularly send groups of students to him, and he travels to different countries each year to teach writing.

John is currently attached to quite a few humans, as well as five cattle, one sheep, two donkeys, two goats, one goose, four guineafowl, a variety of hens and ducks, one horse, and two dogs, Trevor (‘my Zen dog’) and Coco (‘she makes a great hot-water bottle’).

So Much to Tell You
The Journey
The Great Gatenby
Staying Alive in Year 5
Out of Time
Letters from the Inside
Take My Word for It
Looking for Trouble
Tomorrow . . . (Ed.)
Cool School
Creep Street
Checkers
For Weddings and a Funeral (Ed.)
This I Believe (Ed.)
Dear Miffy
Prayer for the 21st Century
Everything I Know About Writing
Secret Men’s Business
The
Tomorrow
Series 1999 Diary
The Rabbits
Norton’s Hut
Marsden on Marsden
Winter
The Head Book
The Boy You Brought Home
The Magie Rainforest
Millie
A Roomful of Magie

The
Tomorrow
Series
Tomorrow, When the War Began
The Dead of the Night
The Third Day, the Frost
Darkness, Be My Friend
Burning for Revenge
The Night is for Hunting
The Other Side of Dawn

The Ellie Chronicles
While I Live
Incurable
Circle of Flight

John Marsden’s website can be visited at:
www.macmillan.com.au/pma/marsden
or
johnmarsden.com

All rights reserved. No part of this book may be reproduced or transmitted in any form or by any means, electronic or mechanical, including photocopying, recording or by any information storage and retrieval system, without prior permission in writing from the publisher.

The characters and events in this book are fictitious and any resemblance to real persons, living or dead, is purely coincidental.

Papers used by Pan Macmillan Australia Pty Ltd are natural, recyclable products made from wood grown in sustainable forests. The manufacturing processes conform to the environmental regulations of the country of origin.

All rights reserved. This publication (or any part of it) may not be reproduced or transmitted, copied, stored, distributed or otherwise made available by any person or entity (including Google, Amazon or similar organisations), in any form (electronic, digital, optical, mechanical) or by any means (photocopying, recording, scanning or otherwise) without prior written permission from the publisher.

While I Live: The Ellie Chronicles

Visit
www.panmacmillan.com.au
to read more about all our books and to buy both print and ebooks online. You will also find features, author interviews and news of any author events.

W
E WERE HALFWAY
up the spur when we heard it. Homer and Gavin and I, just the three of us. The spur was steep and the rocks were loose; we slid back two metres for every three we climbed.

It was about 1.15 p.m. A warm afternoon in May. It had been a hot autumn. Surrounding us was the bush, an army of twisted trees standing to attention. They wore grey-green uniforms and waved their bunches of leaves in endless useless motion. They were the army that never went anywhere, never did anything. They were the army who cared about nothing.

Sometimes the bush is quite silent. Not often. But sometimes, around noon on a January day, when the temperature is in the high thirties and the gumtree leaves are hanging tired and limp, and the birds stop flying and the insects hide in shade, then all you hear is the cracking of stones and the grizzle of a lost fly and, if you’re in a paddock, the shuffle of a steer as he moves slowly to a better patch of grass.

But on this May afternoon there were the usual background noises, none of them loud, just humming away. Bees and wasps and beetles; tree branches rubbing against each other; magpies and rosellas, wagtails and wrens. Mum had a friend from the city come to stay once; I think she’d had a nervous breakdown or something, and on the third day she ran into the house with her hands over her ears crying, ‘I came here for peace and quiet and it’s nothing but noise noise noise.’

This particular day we were making so much noise ourselves that I hardly noticed the sounds of the bush. The clicking and rattling and clatter of sliding stones blocked out nearly everything else. And then there was the puffing and panting, from Homer especially. He was getting pretty unfit lately.

He stopped and leaned against a tree; half a tree really, because it had lost most of its upper branches. He grinned at me. His face sparkled with sweat. I stopped and grinned back. Ahead of us Gavin, head down, relentless as ever, ploughed on.

‘You’re getting slack,’ I said to Homer.

I walked on a dozen steps. Now I was just ahead of him.

‘Remind me again why we’re doing this?’ he asked, wriggling his shoulders to make his pack more comfortable.

‘Fun,’ I said, as firmly as I could. ‘Fun, pleasure, recreation, sightseeing, enjoyment.’

He sighed. ‘Some people swallow a dictionary,’ he said. ‘You have to swallow a bloody thesaurus.’

It was on the word ‘thesaurus’ that the shots began.

They came from the bottom of the valley, echoing up the hillside, then around the valley. To be mathematical about it, I’d say there were fifteen shots in the first volley, evenly spaced, lasting about twenty-five seconds. Then there was a pause of maybe ten seconds before three ragged groups of shots that went for a minute. After that there were occasional random ones, probably thirty in all, for about five or six minutes.

Five or six minutes. By the end of five or six minutes we were halfway home again. It seems incredible when I think about it. After all, we’d taken about two and a bit hours to get that far. Of course that was uphill and this was nearly all downhill, but even so, considering I lost at least half a minute going back for Gavin . . .

Gavin’s profoundly deaf, which doesn’t mean totally deaf, but then according to his teacher, hardly anyone’s totally deaf. All I know is that Gavin’s very deaf. He can hear loud yells, semitrailers going past, explosions, and helicopters at close range. He can’t hear TV or music or conversation. He definitely can’t hear anyone telling him to clean his room or do his homework or set the table. He can’t hear me telling him he needs to get a move-on or he’ll miss the bus, but he can hear me saying, ‘Gavin, get your ass in gear right now or I’ll kick you all the way to the bus-stop,’ which I tend to say fairly often.

He can’t hear shots that are a couple of kilometres away. I’d forgotten that. I remembered it after I’d turned and run down the spur a hundred metres. When I remembered I stopped, irresolute. I’ve always liked that word. I’ve just never had a chance to use it before.

I had a flash in my mind of the scene in
The Silver Sword
where Jan abandons his dog Ludwig in order to help the girls save the little boy Edek. The author says that this is the point at which Jan begins to grow up. When I was a kid and I came to that moment in the book I hated Jan, I hated him for leaving his dog to die in terror and loneliness and the knowledge he had been betrayed. Now I had a similar problem. Similar but even more difficult. I knew, as surely as I know winter follows summer, that the shots came from my place. I knew they meant something terrible was happening, and that I had to get home as fast as I could, in order to help my parents, perhaps even to save their lives.

Because suddenly nothing was safe now, and these mountains were alive with frightening possibilities again.

So tearing at my heart with my hand, literally, grabbing at it as though I wanted to pull it out of my chest and throw it on the ground, hating every step I had to take in the wrong direction, I turned and ran back up the spur.

Ahead of me Gavin walked on and on and on. When I got within twenty metres I grabbed a handful of pebbles and chucked them. Every single one missed. Frustrated and desperate I bent and picked up another handful but as I did Gavin saw one of the first lot bouncing past. He turned around.

I didn’t know how to communicate to him what Homer and I had heard but one thing about Gavin, he’s quick on the uptake. Boy is he quick. Or maybe it’s just that I was such a scary sight. One look at my face and he was bounding down the boulders towards me. Apparently I didn’t need to say anything. I swung around again and started down the hill. It seemed like only a couple of seconds before Gavin reached me and actually passed me. I stopped worrying about him then, and put on a sprint.

He sent the flint-stones flying, but the pony kept his feet,
He cleared the fallen timber in his stride,
And the man from Snowy River never shifted in his seat –
It was grand to see that mountain horseman ride.
Through the stringy barks and saplings, on the rough and
broken ground,
Down the hillside at a racing pace he went;
And he never drew the bridle till he landed safe and sound
At the bottom of that terrible descent.

Well, unlike the man from Snowy River I didn’t have a horse, but we all had a terrible descent. I don’t know how we didn’t break six ankles between the three of us. Seven ankles even. The rocks that had slid under our feet as we climbed slid even worse as we came down. In the first couple of minutes there were waterfalls of stones cascading away from me. As I concentrated on them I was nearly wiped out by a fallen tree at the height of my neck. I ducked that, but only at the last second: I scraped my forehead going under it.

Lower down the spur were a few damp areas that never saw the sun. I skidded on one of those and went down on my haunches, feeling my knee crack – my left knee of course, it always had to be the bad one that took the punishment. My right knee bore a charmed life. I skidded two metres or so trying to keep my balance, and somehow I did and I was up and off again from the squatting position, instead of rolling sideways, which would have cost more time.