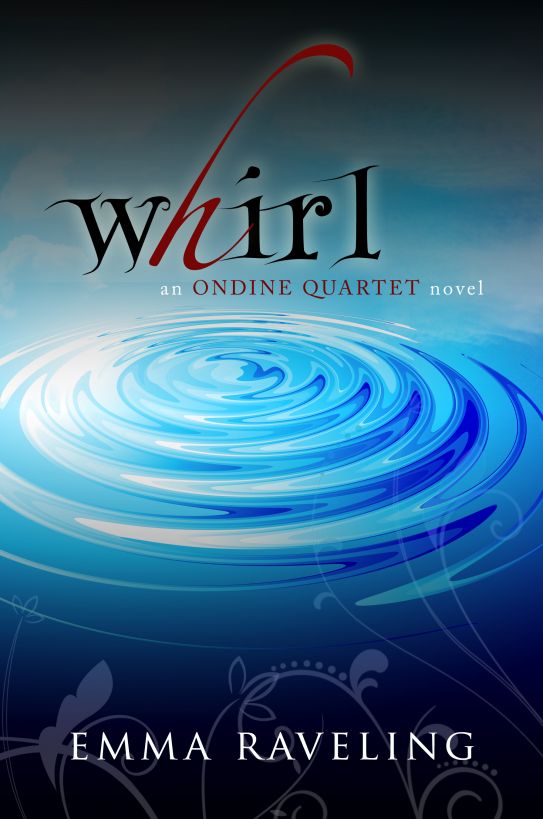 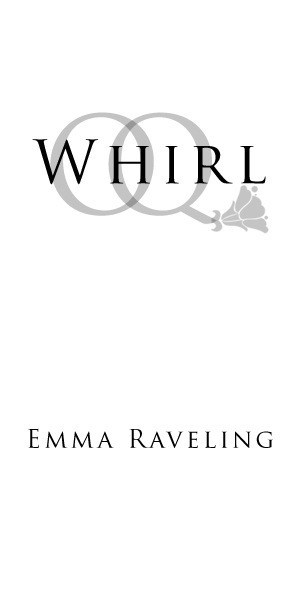 This book is a work of fiction. Names,
characters, places, and incidents are products of the author's
imagination or are used fictitiously. Any resemblance to actual
events, locales, or persons living or dead, is entirely
coincidental. All rights reserved. No part of this publication can
be reproduced or transmitted in any form by or any means,
electronic or mechanical, without permission in writing from the
author or publisher.

For AAA for believing in me

Ondine
"Listen! Listen! It is me, Ondine, spirit of the
water, brushing with these
drops of water the resonant diamond panes of
your
window lighted by the
gloomy rays of the moon; and
here in a gown of watered silk, is the lady
of the
manor, gazing from her
balcony at the
beautiful
starry night and the lovely sleeping lake."
"Each wave is a water sprite who swims in
the
current; each current is a
path, winding
toward my
palace, and my palace is fluidly built,
at the bottom of the lake, in a triangle
formed by fire, earth, and air."
"Listen! Listen! My father is beating the
croaking
water with a green
alder branch, and my
sisters
caress, with their arms of foam, the cool
islands of grass, of water lilies,
and
gladiolas or tease the
decrepit willow,
who is
fishing with a line of leaves."
Her song murmured, she begged me to
receive
her ring on my finger,
and be the husband of an
Ondine, and to visit her palace with her, to
be
the king of the
lakes.
And when I answered that I loved a
mortal woman, sullen and vexed, she cried a
few tears,
burst out laughing,
and vanished in a
sudden
shower that streamed white down my
blue windowpanes.
- Aloysius Bertrand, Gaspard de la Nuit

The dark shadows of the night cloaked me.

I padded across the grass and approached the
house from the back. The only sound vibrating through the hushed
spring air was the faint roar of the Pacific Ocean a few blocks
away. A sharp, salty tang wafted on the soft breeze and my blood
sang from its closeness to the water.

My eyes scanned the area. Nothing.

I released my filters and extended my Virtue
outward. Magic's cool refreshing tingle flowed through me like a
bubbling brook.

No human emotions nearby. At one in the
morning, the residential street in the bland suburban neighborhood
was dark and quiet.

But it didn't hurt to be too careful.

I slipped past the hedges into the backyard
and made my way to the slightly open window. The streetlamp buzzed,
casting a slanted yellow light on the bushes and shrubs bordering
the small, white house.

The light briefly flickered, ready to burn
out. A shadow shifted on the front lawn.

Wary, I stopped, instincts going into high
alert. With my back against the sidewall, I hid behind the row of
hydrangea bushes and crept forward, staying as low to the ground as
possible.

Two figures stood near the sidewalk, their
silhouettes highlighted by the wavering light. A twinge of
annoyance shot through me at the sight of the familiar female.

She stood with her back to me, facing a tall,
dark-haired man. It was hard to make out his features, but my
heightened eyesight allowed me to get a pretty good look. He was
over six feet, maybe six-two or six-three, and was a little older
than me, probably in his early twenties. Thick brown hair curled
around his neck onto his shoulders. Gleaming dark eyes. His easy
stance exuded an effortless grace and elegance.

A black leather coat came down to his calves,
emphasizing the lean, muscled contours of his body. If I'd seen him
anywhere else, I definitely would have thought he was hot.

They spoke quietly, almost in whispers, and I
couldn't make out what they were saying.

I had no idea why he was here, but I decided
not to stay and find out. Stepping back, my leg brushed against a
hard branch and a sharp crackle cut through the air.

For a moment, I thought the dark-haired guy
glanced in my direction, but when I blinked, his eyes remained
focused on her. Moving quickly, I scrambled to the back of the
house. Sliding my hands under the window, I pushed and it slid up
without a sound.

I gripped the windowsill and hauled myself
through. No curtains or blinds got in my way. What was the point of
putting things like that up when you knew you'd only be moving
again in a few months?

"I hope you know there are easier ways of
entering our home. Like the front door."

Naida Irisavie stood in the doorway with her
arms crossed under her chest. I hated when she did that. She made
me feel small, even though I was half a foot taller than her. Curly
hair, the same honey-brown shade as mine, was tied back into a
smooth, clean braid. Hazel eyes glinted at me in disapproval.

No black blood stained her clothes or face,
which either meant she had an uneventful patrol or had cleaned up
before I arrived.

I leaned over the nightstand to turn on the
lamp. "Yes, Mom. I am aware of the front door. But it looked pretty
busy tonight. Who was that guy?"

Her mouth tightened. "That's none of your
business."

"You never think anything is my
business."

"The question is, where were you
tonight?"

"I went to check things out." I tugged off my
jacket and sat on the bed. "Thought I'd see what the nightlife is
like in this podunk town."

My nightly explorations over the past week
had only proven what I'd already suspected. San Aurelio was no Los
Angeles. Only a few measly dance clubs and the overall vibe was
boring and tasteless. If LA's nightlife was a feast for the senses,
the action in this pitiful excuse of a town was the equivalent of
going on a starvation diet.

"Kendra, why do you insist on acting without
thinking?"

Resentment burned through me. This woman had
trained me to be self-reliant. We always knew something could
happen, that there was a very real possibility she wouldn't return
one night.

And yet she always made me feel like a
helpless kid.

"I
was
thinking," I retorted. "I need
to get a feel for this place. How can I defend myself or know what
my options are if I don't know the layout?"

"Tell me you at least went out with your
dagger."

I rolled my eyes. "How stupid do you think I
am?"

Most parents gave their daughters clothes or
other cool girly stuff on their thirteenth birthday. My mother had
given me a ten-inch custom silver dagger so I could fight evil,
immortal demons.

With a pointed look, I pulled the blade and
sheath out from its usual spot at the small of my back and placed
them on the nightstand. A silver diamond, engraved into the
polished onyx handle, gleamed in the dim light. Made for me by a
master knifemaker, the dagger was like an extension of myself and I
never went anywhere without it.

Sharp eyes noticed the fresh bruise on my
upper arm. "At least you finally went to the
dojo
. How
long?"

I glared at her. "He was six-four and two
hundred and fifty pounds!"

She continued as though I hadn't spoken. "How
long for the
sensei
?"

"You have to keep working." She shook her
head. "I did the research on them. They're humans." Her voice took
on the cold hardness she used during training. "And their resumes
are not that impressive. You should've had them both down in less
than five minutes."

I couldn't believe it. The local karate
dojo
was nationally renowned. I'd taken both the teacher and
his best student out in under fifteen minutes, and it still wasn't
good enough.

"Not bad for a sixteen-year-old who's half
their size." I deliberately made my voice haughty.

"Oh, really? And I suppose 'not bad' is
enough for fighting Aquidae?" She paused. "I assume you got
permission to train there."

"When are you going back?"

I managed a smug look. "Next week. They both
need time to physically recover."

"Work on sparring with them until you can
bring them down in under five minutes."

"And if I do?" I demanded. "Will you finally
let me come on patrols with you?"

My anger, hurt, and irritation transformed
into fury. "I don't get it. You want me to be independent and
self-sufficient. You train me against Aquidae and then you lock me
up at home!"

"Because you behave so irresponsibly! What if
you had come across one on your way home tonight?"

"Then I would've kicked its ass the way you
trained me to."

"When it still takes you ten minutes to take
out a human
sensei
?" Scorn filled her voice. "I've told you
countless times how fast and strong they are. You cannot imagine
—"

"Yeah, yeah. I don't know how strong they
really are." I made a dismissive gesture. She'd said the same thing
thousands of times over the years. "And I probably never will until
you actually let me fight one of them!"

Agitated, I jumped off the bed.

Crap. I'd forgotten about the tattoo.

Annoyed with our move from Los Angeles to a
small town in northern California, I'd decided to get a mark of a
wave crest. A classmate's cousin, who was a tattoo artist, used
black ink to create the gently curved design. The crest came over
my right shoulder, and you could just see the tip of it if you
stood in front of me.

Hooker to Housewife by Joy King
04. The Return of Nathan Brazil by Jack L. Chalker
A Late Thaw by Blaze, Anna
Oathsworn 1 - The Whale Road by Qaz
Move to Strike by Perri O'Shaughnessy
Nightfall by Isaac Asimov, Robert Silverberg
House of Small Shadows by Adam Nevill
Guilty Secrets (Campus Love and Murder Sorority Eyes Romance Book 1) by Christie, Ciara
Trust in Me by Kathryn Shay
The Pact by Jennifer Sturman
Our partner