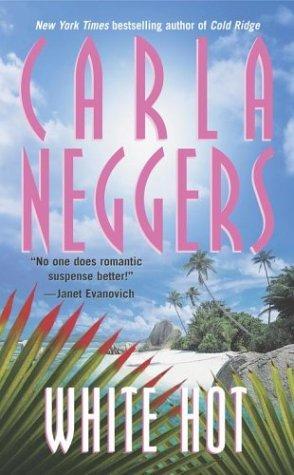 “Sweet Mollie, you’re not going to pretend you don’t remember me, now, are you?”

Remember him. As if she could forget. Even now, with him yards away, with his touch a decade past, she could feel his mouth on hers, his palms opened on her breasts.

She banked back her emotions, continuing to squint dumbly. Maybe he’d take her reaction to him as a hint and clear out. “Really, I’m sorry, I—”

“Ten years ago. Spring break. Miami Beach. Your parting words: ‘I hope you rot in hell, Tabak.’ Well, I expect you got your wish, sweetheart.” A half beat’s hesitation, a slight lessening of the good ol’ boy act. “If you read the
Trib,
you know I spend a lot of time in hell.”

Beneath his easy grin, she could see he was only half teasing. He wasn’t unaffected by his work. Even ten years ago, objectivity hadn’t come easily, a vulnerability Mollie had later tried to dismiss as a put-on for her benefit, another bit of manipulation so Jeremiah Tabak could get his first big story.

Naturally, he took advantage of her moment’s puzzlement. “Mind if I come in?”

“WHEN IT COMES TO ROMANCE,
ADVENTURE, AND SUSPENSE,
NO ONE DELIVERS LIKE
CARLA NEGGERS.”

Acclaim for Carla Neggers and
Just Before Sunrise

“Anyone in the doldrums needs to only read a Carla Neggers novel to suddenly feel good….
Just Before Sunrise
will lighten anyone’s early dawn. A feisty heroine, a dynamic hero, a snappy story line, and a juicy who-done-it makes for a thoroughly enjoyable experience.”

—Harriet Klausner,
Under the Covers

“Carla Neggers is back with another tempting tale loaded with excitement and passion.”

“An excellent, funny, fast-paced mystery romantic suspense novel with great characters and an excellent locale. I could not put it down. I highly recommend that you run out and get this great read!”

“There are few writers today who can incorporate humor and romantic suspense into a contemporary story line as well as Carla Neggers does.
Night Scents
is so good it deserves to be placed on the bookshelf of every reader who enjoys a great romance, for this book is an ultra-great tale.”

—Harriet Klausner,
Under the Covers

“Bestselling author Carla Neggers has another potential winner to add to her writing credits. We’ve been given a romantic suspense that’s well-crafted on both of these levels….
Night Scents
has a very gentle feel to it with incredibly likable characters. I found myself smiling quite a bit, occasionally grinning at the repartee…. Well worth your time.”

This book is a work of fiction. Names, characters, places and incidents are either the product of the author’s imagination or used fictitiously. Any resemblance to actual events or locales or persons, living or dead, is entirely coincidental.

All rights reserved, including the right to reproduce this book or portions thereof in any form whatsoever. For information address Pocket Books, 1230 Avenue of the Americas, New York, NY 10020

Visit us on the World Wide Web:
www.SimonSays.com

This one’s for my many wonderful friends in Florida,

and the members of Florida Romance Writers.

I’ll see you by the pool in February!

And special thanks to Caroline Tolley, Lauren McKenna,

and Theresa Zoro of Pocket Books.

What a pleasure it’s been….

J
eremiah Tabak squinted at the scrawny kid sitting across from him at a popular South Beach sidewalk café. “You want me to check out
who?
”

“A woman up in Palm Beach. Her name’s Mollie Lavender.”

Croc spoke in his usual matter-of-fact, it’s-nothing-to-me tone. He claimed to be twenty-four, which was a stretch, and he liked scavenging the streets for information he could bring to Jeremiah, an investigative reporter for the
Miami Tribune.
He would be the first one to admit that Croc occasionally came up with good stuff. But never in his wildest flights of fancy would Jeremiah have imagined Croc, aka Blake Wilder, would come up with Mollie Lavender, the one woman on the planet who had damned good reason to roast his balls on a spit.

Croc had to be talking about another Mollie Lavender. Or maybe he’d somehow learned of Jeremiah’s week-long affair ten years ago with a college flute player named Mollie Lavender, down from Boston for spring break, and was pulling his leg.

Jeremiah shifted uncomfortably in his chair at the rickety wooden outdoor table. It was winter in south Florida, and Ocean Drive, famous for its restored Art Deco buildings and jet-setters, was crowded with scantily clad Rollerbladers, trendy Europeans, snowbirds down from Michigan, retirees in sensible shoes, and everything in between, all out to enjoy the beautiful afternoon. Water, sun, sand, pastel-colored ornate buildings. Jeremiah had first bumped into Mollie not too far from here, sitting out on her big beach towel emblazoned with musical notes. She’d had
Saturday Afternoon at the Opera
playing on her radio, and she was wearing a floppy hat and tons of sunscreen because she was fair-skinned and burned easily. She’d left her flute at her hotel. She’d said she felt lost without it, and Jeremiah had fallen for her on the spot.

Ten years was a long time, but some memories stuck. His week with Mollie was one of them.

Croc had to be talking about a different Mollie Lavender.

But he said, “She’s living above the garage at some fat opera singer’s place up in Palm Beach.”

Pascarelli, Jeremiah thought, swearing to himself. Mollie—his Mollie—was the goddaughter of world-famous tenor Leonardo Pascarelli. He owned a house in Palm Beach. She’d declined to stay with him that week ten years ago, she’d said, because she wanted to experience an ordinary college student’s spring break. She hadn’t, of course. Instead she’d had a fling with a hard-news reporter out for his first front-page story, and had gotten herself burned in a way she’d never imagined.

Not that she’d have had an “ordinary” spring break even if she’d never met Jeremiah. She was not, he recalled, an ordinary twenty-year-old. When he’d ended their affair and packed her off to Boston, she’d tilted her chin, flashed those lovely blue eyes, and said philosophically, “Well, I suppose every woman must have her encounter with a dark and dangerous man.”

He’d felt like a rake out of a Victorian novel. Then, less philosophically, she’d called him a lying son of a bitch, and he’d felt better. Lying sons of bitches he could understand. Apparently so could she, because he hadn’t heard from her in the ten years since she and her flute and her wounded pride had boarded the plane home to Boston. He sometimes pictured her playing in an orchestra, traveling the world with other people who listened to opera on the beach, teaching young flute students, perhaps cautioning them about falling prey to men like him—but secretly pleased she’d lost her own virginity not to some washed-out tuba player but to her one and only “dark and dangerous man.”

Croc slurped his chocolate shake. He’d ordered the same lunch he always ordered when Tabak was buying: chocolate shake, well-done burger with tomato, lettuce, extra pickles and mayonnaise, and well-done steak fries. Yet he remained skinny to the point of emaciation, although Jeremiah had no reason to suspect he was on drugs or even smoked cigarettes. Their only contact was always at Croc’s request. He had no permanent address and no regular work, which made it impossible for Jeremiah to reach him on his own. He did odd jobs: detailing cars, mopping floors, washing dishes, hauling boxes—anything that didn’t require a long commitment or extensive contact with the public. No one wanted Croc waiting tables or standing behind a checkout counter.

He sat back in his chair, jittery, which wasn’t unusual; he always had a foot or a hand moving. “She’s some kind of publicist. She’s on her own, not with one of the big firms.”

“Yeah. That dog that’s in the commercials is one of her clients. You know, the mutt with the attitude? And some ex-astronaut who’s taken up jazz piano, and this old geezer who’s written a book about his days in vaudeville. I guess he’s got pictures of George Burns and guys like that, stuff nobody’s ever seen before.”

Maybe it was a different Mollie after all. Jeremiah said nothing, watching Croc drag a well-browned fry through a mound of ketchup. “She’s got a few regular clients—a couple of upscale music shops, a Renaissance music society. Most of them have something to do with the arts.” He wiped his fingers on a napkin. “I guess she’s been in town five, six months.”

Jeremiah kept his face expressionless. His past relationship with Mollie, he felt sure, would be news to Croc. “If you already know so much about her, why do you need me to check her out?”

The Penitent Damned by Wexler, Django
Of Dawn and Darkness (The Elder Empire: Sea Book 2) by Will Wight
A Woman Made for Sin by Michele Sinclair
An Infamous Marriage by Susanna Fraser
StrangersWithCandyGP by KikiWellington
Lonestar Secrets by Colleen Coble
A Sister to Honor by Lucy Ferriss
Undone by Lila Dipasqua
Trail of Lust by Em Petrova
Ms. Got Rocks by Colt, Jacqueline
Our partner