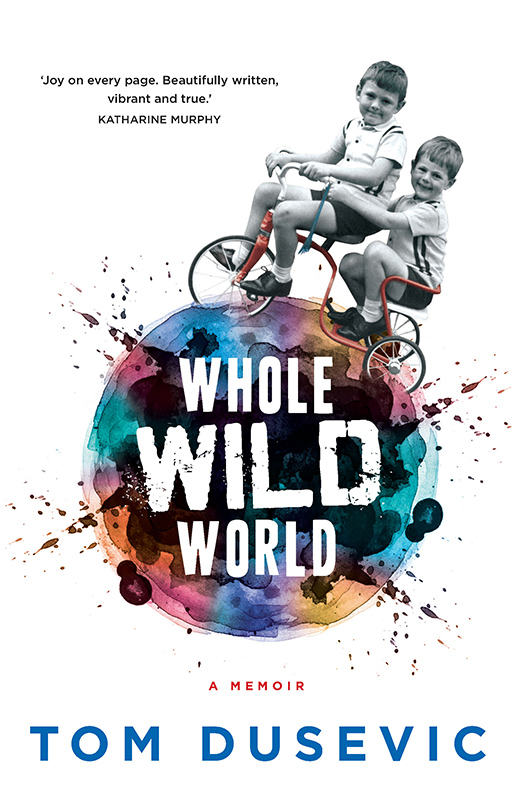 T
OM
D
USEVIC
is an award-winning journalist who has been a reporter and editor at
The Australian Financial Review
,
The Australian
,
Good Weekend
and
Time.

This book is copyright. Apart from any fair dealing for the purpose of private study, research, criticism or review, as permitted under the Copyright Act, no part of this book may be reproduced by any process without written permission. Inquiries should be addressed to the publisher.

Excerpt from âThe End and The Beginning' from
View with a Grain of Sand: Selected Poems by Wislawa Szymborska
, translated from the Polish by Stanislaw Baranczak and Clare Cavanagh. Copyright Â© 1995 by Houghton Mifflin Harcourt Publishing Company. Copyright Â© 1976 Czytelnik, Warszawa. Used by permission of Houghton Mifflin Harcourt Publishing Company. All rights reserved.

All reasonable efforts were taken to obtain permission to use copyright material reproduced in this book, but in some cases copyright could not be traced. The author welcomes information in this regard. 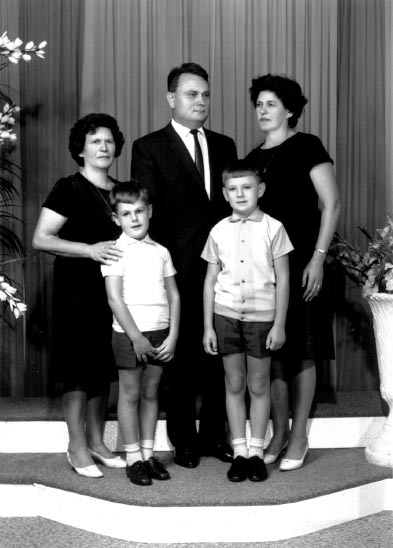 what this was all about

must make way for those

And less than that.

And at last nothing less than nothing.

Someone has to lie there

in the grass that covers up

the causes and effects

with a cornstalk in his teeth,

â from â
The End and the Beginning
' by Wislawa Szymborska, translated by Stanislaw Baranczak and Clare Cavanagh

16Â Â Above the clouds

Even before my fourth birthday I'd had enough of life under a dictatorship. Denied a lolly by Tata, my father, I demanded to know why.

â
ZaÅ¡to
?' I asked in Croatian, our mother tongue. Talking him round would be almost impossible, but I would try. Besides, I didn't see what it had to do with my father, lollies being part of my special bond with Mama.

Lying on the couch, Mr Chesty Bond in a white singlet, bit of grey around the temples, keeps reading the newspaper. He does this after lunch every day, before snoring into a pre-shift nap. I shake his skinny leg, punch him in the shoulder, ruffle the Sydney
Sun
he is immersed in.

â
ZaÅ¡to
?' I pound and plead like a dissident.

He folds the paper looks me straight in the face.

â
ZaÅ¡to
? Why?
PerchÃ©
?
Warum
?
Zakaj
?' He mocks me in five languages, but to my ears he's simply conjured up from nothing a cruel nursery rhyme. Tata worked his shtick for decades; like a nightclub entertainer and his catchphrase, he savoured the rising inflection of those last six syllables.

I dig out one of my mother's blue, fine-mesh nylon shopping bags and begin filling it with essentials. Even at this age I know where she stashes stuff. Plastic bowl. Spoon. Cup. Pyjamas. Blanket. One-eyed teddy.

This could be a long trip. It had to look like one. I'm only three, improvising.

âWhere are you going?' asks Mama, who's come from the kitchen.

âAway from here. Far away. I'm not telling.'

âBut how will you live?'

âI'll get a job and have some money.'

Why aren't they trying to stop me?

âI really am going,' I declare, shopping bag in hand, teddy under one arm, straining to reach the twist lock on the door with the other, despite being tall for my age. I shuffle down the stairs to the front gate, as slow an exit as there's ever been. I take short strides in the direction of the railway line, not knowing my next move. I look back, expecting them to stop me. I'm at the next house by the time Tata appears at the front door.

He's going to beg me to stay. My relief instantly morphs into the wild idea that a whole bag of lollies will be my prize.

âWatch out for the doggy on the corner, I saw him outside this morning when I went to the shops.'

Doggy. Big. Bites. Loose. Was that a bark?

I bolt home, face first into my mother's soft apron, inconsol- able in defeat. I feel my father's cackle like a face slap, see his barrel chest pumping like a piston, bottom teeth a regiment of gaunt yellow soldiers. He'll remind me of this episode for years.
Ja idem
.
Ja idem
. But I wasn't going anywhere for a while.

I was trapped, twelve years a Slav.

This is the story of people itching to leave but having to stay. It's mostly about a boy from a migrant family shaped by curiosities and fears during the 1960s and 1970s. Told slant and skewed,
true, save for the protective coatings and sifting of memory. Here are dispatches from a busybody edging away from a stifling home life towards something I sensed had to be a better fit.

While scanning the frontier, I stumbled over knowledge without stopping to take it with me; I missed the patterns because I was lost in the details.

My parents, unsettled in their skin, were pulled in other ways. A decade too old for a fresh start, displaced and unsure of the ways of their new homeland, haunted by flickers of the troubled old one. Its glories, which flared brightly for the exiles, were alien to me. We were odd-shaped space debris on different orbits.

I am an Australian, Sydney born. Sydney, that pleasurable city of escapes. This is the start of my flight: freedom via parental neglect, joy in loose play, security in friends, dread and wonder stoked by mass entertainment. It was a time to improvise and to keep asking why; to push back the past and daydream about what I might find under a dappled sky that cradled the whole wild world.

I broke free on a lazy Sunday to mixed notices. My father Joso welcomed a second son, hoping one boy would become a priest, the other a soldier. Although Milenka was a mum again, six months shy of forty, it was unlikely she'd be able to have a longed-for daughter.

Two-year-old livewire Å ime sized up a likely deficit in attention against the bonus of a playmate â a hard-fought draw. Outside the bosom of the family there was a pall of discontent. Due to the fresh delivery at Canterbury Hospital, the weekly beer and bocce after Mass in our backyard was cancelled. By January 1964, our cast was complete. The postwar boom, baby, was over.

But the Cold War was in full swing, even in Sydney. Milenka had her heart set on naming me Boris, after a beloved nephew of her own age who had died young. My father shot down that small wish not long after I was launched. Having escaped the communists in Yugoslavia, Joso wasn't going to share his home with even a tiny reminder of the USSR.

âBoris is a Slavic name,' he declared. âI believe we can do much better than that.'

A more fitting name was Tomislav, after the first king of Hrvatska, land of the Croats. Tata tended to get his way. Å ime had been the name of his late older brother. Besides, as Tata would say in his tender moments, this name was pure romance:
âTom is love'. Or perhaps even a lion, he'd tease, playing literal with the Croatian
lav
.