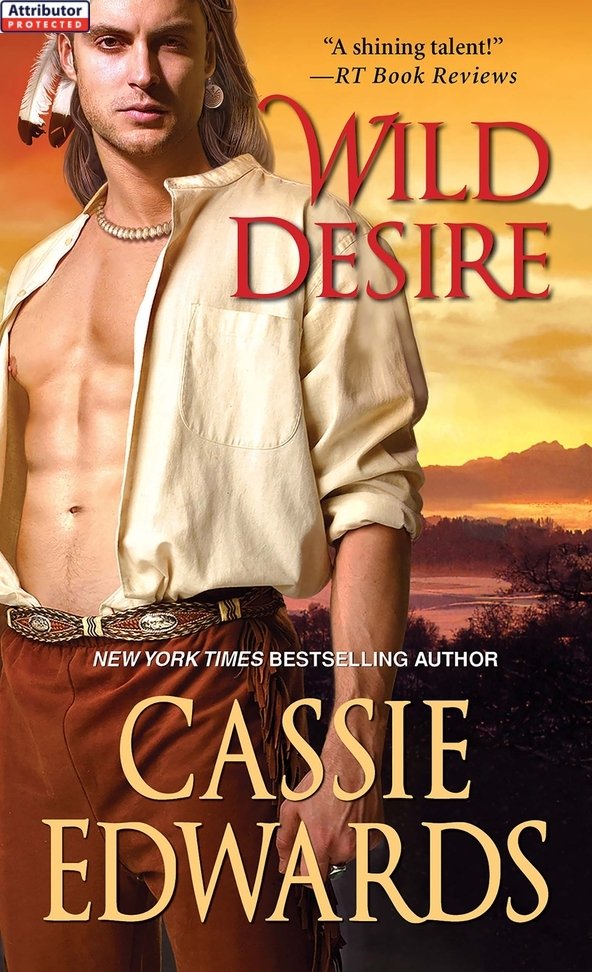 “HAVE YOU EVER HUNGERED FOR THE WAYS OF THE WHITE MAN?”
Runner yanked her against his hard body. “No, I haven't,” he said huskily. His steel arms enfolded her. “Not until I saw you.”
Everything happened so quickly then, Stephanie's head began to spin. His mouth closed hard upon hers. She clung to him as he kissed her deeply and passionately, with a fierce, possessive heat.
Runner for the moment cast aside his dislike of her being a photographer for the white man's railroad. All he saw when he looked at her was a woman.
A lovely, alluring woman. One he could no longer resist.
Licking flames built into dangerous fires within Runner. He ground his mouth into Stephanie's. His hands made a slow, sensuous descent along her spine, molding her slender, sweet body against him. He had never felt so alive.
He had never wanted anything as fiercely as he wanted her.
Also by Cassie Edwards
RAPTURE'S RENDEZVOUS
Â
SILKEN RAPTURE
Â
PORTRAIT OF DESIRE
Â
HER FORBIDDEN PIRATE
Â
BELOVED EMBRACE
Â
SAVAGE HEART
Â
SAVAGE OBSESSION
Â
SAVAGE INNOCENCE
Â
Â
Â
Published by Kensington Publishing Corporation
WILD DESIRE
CASSIE EDWARDS