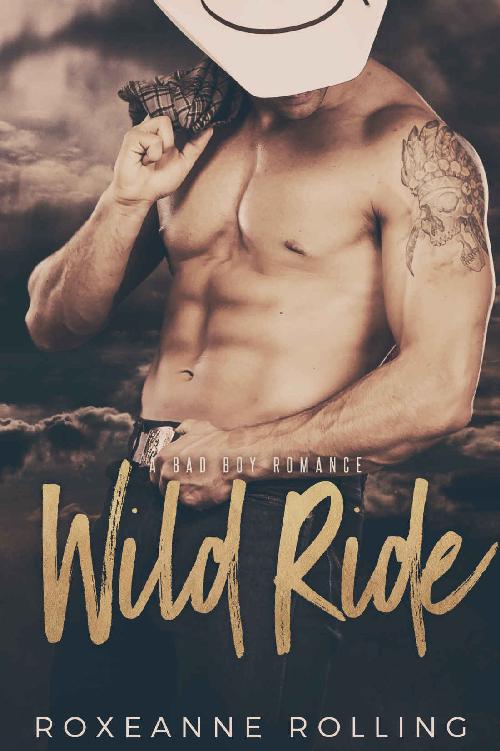 ALL
RIGHTS RESERVED BY AUTHOR

This is a work of
fiction.

All characters appearing in this book are
fictitious. Any resemblance to real persons living or dead is not intended and
is purely coincidental.

No part of this book may be reproduced,
re-sold, or transmitted electronically or otherwise, without express written
permission from the other.

I was a wedding
planner.

Here I was at
another wedding. I didn’t even want to be here. I had loved weddings at one
point. That’s why I had gotten into the business after all. I had loved the pageantry,
seeing the bride and groom. I had loved the flowers, the food, the guests, the
fancy clothing. I had simply loved everything about weddings.

Now I hated
them with my whole being. I absolutely loathed them.

I was at my
second wedding this week. It was a Saturday wedding. They were becoming more
and more common. Everyone was trying to cut costs, which wasn’t exactly good
for my line of work, being a wedding planner and all.

“You may now
kiss the bride,” said the Buddhist monk at the front of the wedding. He was
wearing some fancy beads and robes that looked like a dress, with tassels all
over it.

I was also just
horrendously bored. I could barely keep my eyes on the bride and groom.

Another thing
was that I was intensely jealous.

I watched with disinterest
and jealousy as the hot bride kissed the hot groom. They looked like two
perfect porcelain figures. They looked exactly like Barbie dolls…just too
perfect. Her breasts were perfect, just large enough…but not too large.

The groom
looked like he had stepped out of a magazine photo shoot. There wasn’t a
blemish on his face. His stubble was just right. His pants were just tight
enough…so was his suit…showing off his hunky body.

They kissed…for
too long, I thought. Have a little class, I thought to myself.

If you’d been
there, you would have liked it. It was a perfect wedding…everything was exactly
as it should have been. After all, I had planned the wedding myself, and I was
one of the absolute best in the business. People from all over paid me big
money to plan and arrange their weddings, down to the last flower, down to the placements
of the salad forks.

But I was
bitter.

I wanted my own
wedding.

Maybe that’s
why I had gotten into the business in the first place.

I had started
out bright eyed and enthusiastic. But slowly over the last five years I had gotten
more and more disinterested. My disinterest had recently turned to downright
disgust.

“Whooo whooo,”
shouted the parents of the groom. They stood up.

Everyone was
standing up.

Everyone was
cheering, as the bride and groom ran down the aisle, giggling.

This wasn’t
exactly a traditional wedding. It would be fair to say that.

The bride and
groom had met dancing…it was important to them to have music at their wedding.
They broke out in a dance.

The crowd went
wild. They were cheering.

Soon everyone
had gotten out of his or her chairs. The chairs were all disorganized…many of
them falling to the ground in a clatter. Great, I thought, I’d probably be the
one who’d have to clean them up later.

Everyone was
dancing…wildly. The whole place had become a dance floor, with hip-hop
blaring…its beat exciting everyone. Even the oldest and the sickest were
dancing. Even the most disgruntled, the most bitter. Everyone except me.

I got out of my
seat and moved to the back so I could watch what was happening.

I stood in the
back corner, my arms crossed in front of my breasts. I tried to change my face,
contorting it unnaturally to look happier. I didn’t want to be spotted looking
miserable or glaring at everyone. But that’s the way I felt. It wouldn’t look
good, however, to have the wedding planner looking so miserable, so grumpy.

In a way, I
felt comfortable there in the back. I was used to it.

I had gone to
my own high school prom alone. Stag, the guys called it. But there wasn’t a
good word for it when a girl went alone. I had spent the entire night standing
on the sidelines. No one had asked me to dance. No one had given me a second
look. I was just invisible. I had been a nobody, a nothing. That’s exactly who
I was now…that’s how I felt now…even though I was responsible for the whole
wedding.

It had been
just the same in high school. I had been on the planning committee for the
party. When everyone else had been busy making out or taking cigarette breaks I
had been the good girl who got everything done. I had raised all the money
myself, because everyone else was having too much fun to be bothered with the
details, like getting funding or getting the reservation to the hotel or
getting the parents onboard with our plan.

I had hoped I’d
get a date that way, by working on the prom planning committee. But no one had
asked me. Not a single guy had talked to me the entire time, except maybe to
ask me what time it was, or where the bathroom was. In those days, I had had
horrible braces, acne, and a completely flat chest.

I had blossomed
in the intervening years. I was in my late twenties now. I looked a little
older, perhaps in my early to mid thirties. But I was quite beautiful…or so
people told me…my Mother being the worst offender.

I didn‘t have
much reason to believe my Mother and the others, though. Sure, there had been
some guys interested in me over the last ten years. But they’d just been
interested in sex.

Even the guys
who seemed to want to date me had just seemed to want a girlfriend…a companion…someone
to fuck…someone to be around them. No one wanted to start a family with me it
seemed.

No one wanted
to marry me.

And that’s
desperately what I wanted.

I just needed
an opportunity. I was sure I’d make a great and diligent and strong and loving
wife. But no one was giving me the chance.

Instead, I was
stuck planning wedding after wedding for everyone under the sun…everyone but
me.

Most of my
friends had all paired off already. They were all married, all comfortable. I
had even planned the weddings for most of them.

“You don’t look
too happy there,” said a handsome man.

“I’m fine,” I
said, giving him a stare that should have told him to back off.

I gave him a
look, sweeping my eyes up and down.

He was pretty
handsome. He was good looking. He had on a nice tan suit. He was a member of
the wedding party. Now I recognize him as one of the cousins of the groom.

“If you’re
trying to get laid at this wedding, you’re barking up the wrong tree,” I said.
I was so grumpy I practically snarled the words at him.

“Don’t take it
the wrong way,” he said, giving me a special smile. “But yeah, that’s what I
was trying to do. I just don’t normally see a woman as beautiful as you
standing off to the side of the a wedding like this where everyone else is
having such a good time.”

“So you are
just trying to help me? You’re just acting out of good will?”

“Pretty much,”
he said. “And of course selfish interest…looking out for myself, too.” He gave
me a big wink.

“You’re looking
after the interests of your cock,” I said. I thought it was pretty witty.

“Well someone’s
got to,” he said, laughing. “I’m John. Would you like to see my hotel room?”

“No, I don’t. I’m
a stubborn bastard. More than a few people have told me that about myself.”

I had to admire
his self-confidence. That was always sexy to me.

I was still
annoyed. But he was starting to crack my armor…just a little.

Plus, I didn’t
know if I could stand this wedding.

And it would be
nice to have some companionship….

“Great,” he said,
beaming. I could tell he was very excited. He eyed me up and down, and I could
tell he liked what he saw.

He took my hand
and led me away from the wedding towards the hotel.

Colton woke up
hung over as usual. He was startled as he woke up.

He moved wildly,
trying to look around, trying to figure out where he was.

The room swam
into his sleepy vision. It looked like a hotel room…just an ordinary hotel
room.

He had
apparently passed out with the TV on.

The TV was
still on, blaring the news.

“And we’re
bombing the Middle East tomorrow,” said the spokesman for the news channel.
“We’re going to show them you don’t mess around with us.”

He made an
attempt to get to his feet.

But he was
still a little drunk.

He got to his
feet briefly.

But he only
succeeded in knocking over a whiskey bottle before falling back onto the chair.

The little whiskey
that was still in the bottle started draining onto the floor. Soon Colton’s
socks were soaked in whiskey.

“Great,” he
said, feeling the wetness on his feet. It was an unpleasant sensation. But most
of Colton’s life was just a series of unpleasant situations.

This wasn’t
anything new.

Waking up hung
over wasn’t anything new to him.

He did it
practically every day.

He finally got
up and managed to find the TV remote.

“Turn off and
stay off,” snarled Colton at the TV, as if it could hear him, or cared what he
had to say.

“What was
that?” said someone from somewhere inside the hotel room.

What was going
on? Had Colton brought someone home and forgotten about her?

“Who’s there?”
said Colton, grabbing the now-empty whiskey bottle and holding it in his hand
like a weapon. He always had to be on guard. After all, there were always fans
trying to sneak into his hotel rooms…some of them just wanted to sleep with
him. But many of them were downright deranged…he was right to be scared of them
sometimes…but it was just something he had to live with. Something he had to
get used to. Rodeo fans were a weird bunch.

“It’s me
honey…” said a woman in the bed, slowly pulling the covers off to reveal her
buxom and naked body sprawled out.

There was another
empty whiskey bottle next to her.

“Who the hell are
you?” said Colton, lowering his whiskey bottle weapon. The woman didn’t look
like much of a threat. But he didn’t remember her at all.

“You don’t
remember me at all, honey, do you?” said the woman.

“Well…seems
like I had a lot to drink last night,” said Colton. He looked down at his body
for the first time since waking up. He noticed now that he wasn’t wearing any
clothes. He didn’t even have any underwear on.

His strong
muscular legs were bare. His muscular chest was heaving a little with the
effort of waking up so hung over.

“Why don’t you
get in the bed with me, and I can remind you who I am, baby,” said the woman.

Colton hesitated
for a moment.

Then he eyed
the woman again, up and down, savoring her body. He shrugged his shoulders, and
crawled slowly into bed with her. Maybe this would help his hangover, he
thought to himself.