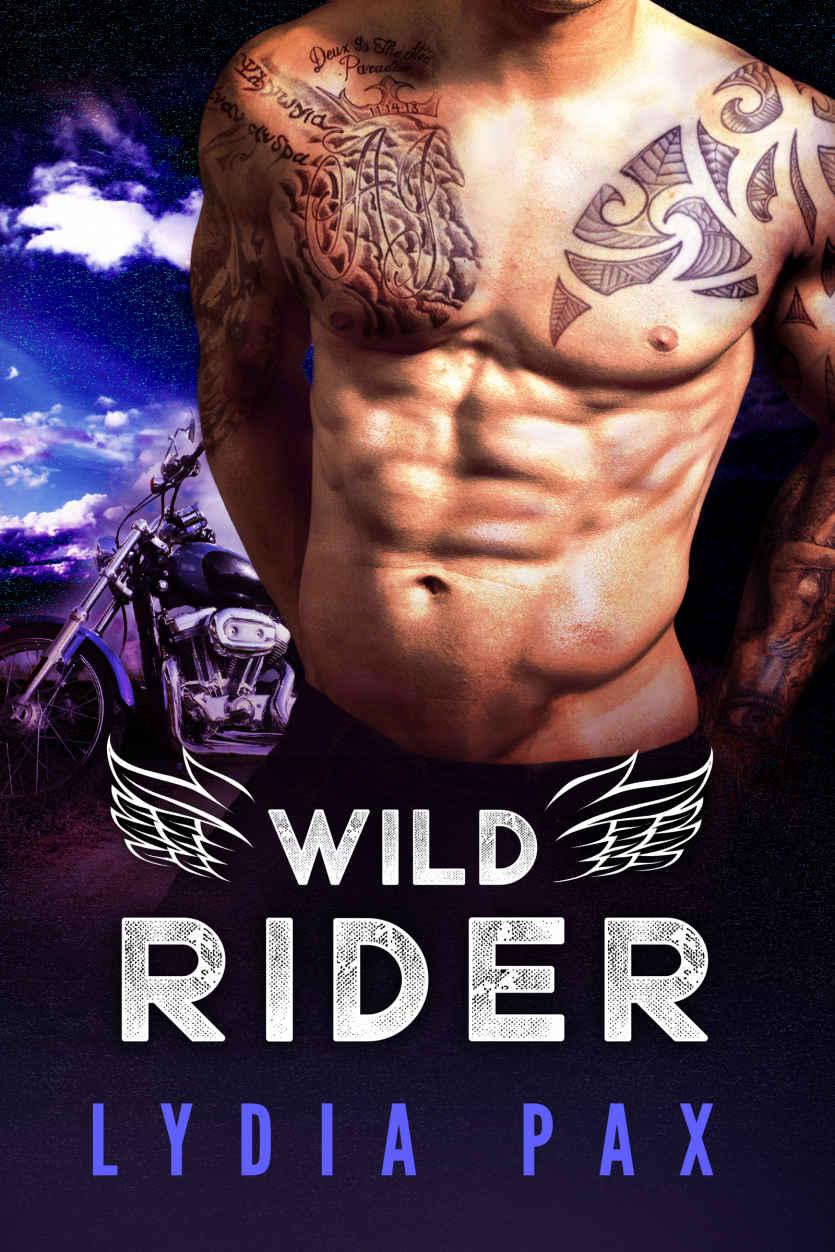 Also available from Lydia Pax: | The Affairs of the Arena series

Heart of the Gladiator | Chapter 1

Also available from Lydia Pax:
The Affairs of the Arena series

Want to get the latest new releases from me and offers for free Advance Review Copies before anyone else?
Sign up for my new release newsletter!

E
verything about their closeness was furious and hot. His hands were on top of hers, pushing her against the wall, trapping her as he kissed her hard. They were all alone, finally; together in a room that was only for them. He had promised to break every piece of furniture in the place—and to do it by having his way with her needy young body through every chair, every table, every desk inside.

She wasn't trapped, not really. Against all reason, all logic, against her own belief—she
wanted
to be there. Wanted to be held under his massive strength. The tight, hulking musculature of his, wrapped in ink and scars, so amazingly crafted. Every part of him was like a tribute to her erogenous zones, turning her on more than she could stand. Their kiss was driving her wild—driving her mad, making her insane with lust for him.

No, all that wasn't enough, apparently, to make him so ungodly hot. He had to kidnap her too. He had to take her and force her to be his old lady—to become her property. Every twisted, secret button she had was pressed by him, and he knew it—he was that kind of stud.

And if
that
wasn't enough, she enjoyed the hell out of it. How could she not, with his hands running up her thighs, his lips so hot that she was burning up inside, his brilliant erection so amazingly hard as it pushed up against her body?

It wasn't like it would last anyway. They had too many people after their blood to live for long. Their deaths were coming, and their romance was doomed to be short-lived.  She might as well enjoy the wild ride while it lasted...

M
ore than anything else in the world, Beretta wanted a plan to follow.

Most of the time, the world didn't provide one. So, he had to make them himself. He was obsessive in this—planning, organizing, strategizing. Every eventuality that he could plan against meant one more opportunity that no one would get close to him ever again—and so, no one who mattered to him would ever die again, because there would be no one close enough to him to matter.

The alley he looked down was dark and long, lit only by one dim streetlight and the small bulbs above the exits of the bars and stores that emptied out into the narrow, winding space. Dumpsters, dented and covered with filth, were posted at odd angles to make it impossible for cars to drive through. There had been automobile accidents in the past and the owners tired of cleaning up after them.

The air was cool; it was early spring and it was one of those fluctuating nights where you could overheat if you were around too many people, but caught out by yourself you might catch a chill.

Two large men, ink running heavy across their bald skulls and thick necks, stood outside a door leading down to an underground brothel. They carried guns in holsters around their chests and exchanged small talk that Beretta—far down on the other side of the alley and holding a pair of binoculars—couldn't hear.

Just in front of the alley was a long line of heavy motorcycles, all of them Harleys. The bikes belonged to the Copperheads—the rival gang to the Wrecking Crew in Stockland. It was the Copperheads who controlled the city of Stockland where the Wrecking Crew had only recently arrived and now inside of which they aimed to set themselves up. Two more big bruisers stood around the bikes, looking scary and chasing off any pedestrians who got too close. They carried guns too.

Beretta took one look down the alley, toward the brothel, and shook his head.

“Your girl said Rattler was in there?” he asked Locke.

Locke sat next to him in the shadows, bouncing a racquetball up and down a brick wall. One of the newest patch members in the Wrecking Crew, Locke didn’t have enough ink on him to fill a shot glass. The MC life was relatively new to him compared to Beretta, but that didn't make him any less of a scoundrel.

“She said he came here every Friday, like clockwork. Always asks for the same girls. Always gets the same treatment.”

“I trust every girl I'm with,” said Locke. “That's why I get so many of them. You ought to try it sometime.”

Beretta ignored him. He didn't need advice on woman from Locke. Didn't need it from anybody, really. He abstained from sex, from women altogether, on purpose. Much as it pained him, it was for the good of others. When he and women mixed, there was only trouble in the product.

“I think we ought to hit him,” said Beretta. “Tonight. Now.”

Rattler was the head of the Copperhead MC. The Wrecking Crew was fighting him for every inch of territory. Taking out Rattler would be akin to a deathblow to the Copperheads.

“So?” Locke took the binoculars from him. “So, I'm seeing two guys right outside the place. Another two by their bikes, and probably another two inside with him. The Myers Brothers, probably. That's seven to our two.”

“I'm not, but Christ, Beretta. There's being a pussy and then there's being fucking smart. We'll get another shot at him.”

“We've been tailing this Copperhead fuck for a month and this is the first shot we've had. Who's to say we'll get another? Who's to say he doesn't sniff us out, find out people know he's coming here, and hole up when he wants his whores like he holes up for everything else?”

“We should call Ace, at least,” said Locke, realizing he was losing the argument. “It's his call. He's Prez.”

It was Ace's plan to simply do reconnaissance, learn the lay of the land. But Beretta's plan was and had been all along to take Stockland for the Wrecking Crew. This was meant to be their territory, and he would make it so. He had to; it was his shot at redemption.

Other people's plans rarely, if ever, fit into Beretta's own.

“I'm fucking Sergeant-at-Arms, and I'm telling you, this is a move we have to make. We can't afford to hesitate like this.”

Locke stuck his hands in his pockets, looking up the street and then down again.

“Anything goes wrong,” said Beretta, “I'll take the fall. Don't worry about it.”

“I'm not worried about it going wrong. I'm worried about fucking dying, you piece of shit.” Locke shook his head. “But fine, come on. Let's go. Can't say I never did nothing for you, you crazy fuck.”

They split up, Locke taking a long flank to one side in the shadows to cover his approach, while Beretta walked at the two Copperheads next to the Harleys head-on.

Beretta was a large man, wearing dark jeans and a short t-shirt. Over the past several months, his hair had grown long, sweeping down to near his shoulders, thick and untameable like the rest of him. A long scar jagged down the left side of his face. He wore his leather vest with its colors on his back, identifying him clearly as a biker and a member of an outlaw motorcycle club. If a normal man saw him coming at him in the dark, he'd run for his life.

But the bikers that saw him coming were hardened from years of dealing and violence. When they saw him approach, they grouped up and held up their hands.

One opened his mouth, ready to argue with him a little more, and that was when Locke slipped his knife up inside his ribs. The man fell to the ground, twitching. Beretta, taking advantage of the distraction, slipped his own knife into the other man's chest and dropped him.

Quiet, quick, by surprise. It never feels as momentous as it ought to. They moved the bodies into the shadows quickly.

“Take out the bikes?” Locke whispered.

Beretta took a look down the alley and then shook his head. There was no time. Rattler was approaching, flanked by two men in front and behind. Fire escapes stuck out wide, trash cans littered across the pavement, and crates and boxes half-full with junk were stacked five-high in some places. As such, they could barely fit shoulder-to-shoulder.

Locke nodded and pulled out his pistol. Quickly they moved to cover, slipping behind a pair of dumpsters on either side of the alley's opening.

The footsteps approached, thump-by-thump, shuffling occasionally. The sounds were painfully apparent to Beretta, his adrenaline high, every sense heightened.

Then, just as they were about to step out into the open, the steps stopped.

Living on the Edge by Susan Mallery
A Hero for Her Heart (Truly Yours Digital Editions Book 885) by Candice Miller Speare, Nancy Toback
The Strange Case of Finley Jayne by Kady Cross
Joan Hess - Arly Hanks 07 by O Little Town of Maggody
Borderline by Nevada Barr
Head to Head by Matt Christopher
The Life You Longed For by Maribeth Fischer
The Case of the Slippery Salamander by Donald J. Sobol
Laney by Joann I. Martin Sowles
What a Westmoreland Wants by Brenda Jackson
Our partner