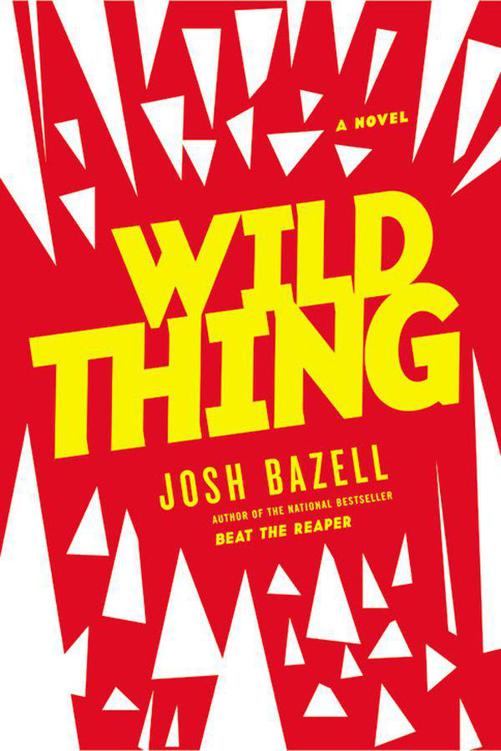 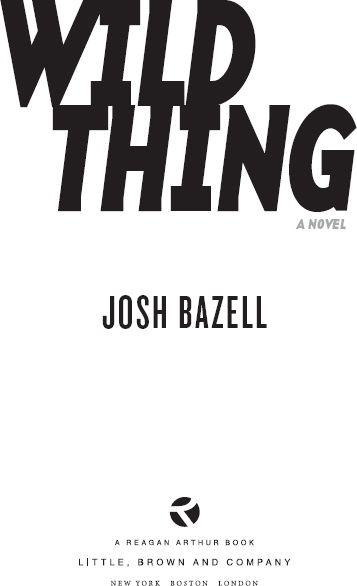 The human understanding is not composed of dry light, but is subject to influence from the will and the emotions, a fact that creates fanciful knowledge; man prefers to believe what he wants to be true.

—Francis Bacon,
Aphorisms Concerning the Interpretation of Nature, and the Kingdom of Man
, Dryden translation

But I wanna know for sure.

Autumn Semmel feels Benjy Schneke’s fingertip trace the top of her thigh, along the lower front hem of her boy shorts toward her pussy. It causes her skin to tighten all the way to her nipples and her pussy to unclench like a fist. She opens her eyes. Says “Stop that shit!”

She nods over her shoulder. “Because Megan and Ryan are right
there
.”

Autumn and Benjy are lying on the White Lake side of the spit of land, mostly roots, that separates White Lake from
Lake Garner. Megan Gotchnik and Ryan Crisel are out on Lake Garner, behind them.

Benjy says “So? I’m not touching anything that’s covered.”

“I know what you’re doing. You’re driving me crazy.”

Autumn stands up, stretching down the edges of her bottoms. Looks behind her.

Megan and Ryan are in their canoe, twenty or thirty yards from shore. Megan’s legs are over the sides. Ryan’s going down on her. Because of the way sound carries over the water, Autumn can hear Megan’s panting as if it’s right in front of her. It makes Autumn feel dizzy. She turns back to White Lake.

It’s like going from one season to another. Lake Garner is a broad oval under the east–west sun. White Lake is at the bottom of a jagged canyon that runs north from Lake Garner’s eastern end. The water in White Lake is black, cold, and choppy.

She’s alert to everything instantly. She can’t see, but she can feel her ribcage, her scalp, the tops of her feet. Her arms are slippery against the sides of her breasts, from sunblock or some property of the water. It’s like she’s ghosting through onyx.

When she’s gone a dozen strokes she feels Benjy hit the water behind her. She swims faster, not wanting him to catch up to her and grab her feet. She hates that: it’s too scary. As soon as she surfaces for air she turns around.

She can feel the chill breeze on her face. The chop has eaten up her wake. She can’t see Benjy at all.

A thrill of dread runs up her right leg and into her stomach at the thought of him coming toward her under water, and she kicks out.

It gives her an idea. She swims in the direction of the western
shore. If she can’t see Benjy, he can’t see her either. So if she’s not where he thinks she is, he can’t grab her.

It still feels like he’s going to, though. She keeps instinctively jerking her legs up, one at a time.

But as the seconds go by, it becomes more and more obvious that Benjy’s not going to try to scare her. Then that he’s not even in the lake with her, whatever she thought she felt while she was swimming. He’s probably gone into the woods along Lake Garner, to watch Megan and Ryan fucking.

It’s a bad feeling. Abandonment and dickishness, but also something else: although Autumn loves White Lake, she’s not that interested in being in it alone. It’s not that kind of place. There’s something adult about White Lake.

“Benjy!” she yells. “Benjy!” Her wet hair is cold on her head and the back of her neck.

As Autumn starts to breaststroke back toward the south end of the lake, Benjy explodes out of the water in front of her, visible to mid-chest and vomiting a dark rope of blood that slaps her like something from a bucket.

Then he gets yanked back under.

He’s gone. The heat of his blood is gone too. It’s like Autumn imagined the whole thing.

But Autumn knows she didn’t imagine it. That what she’s just seen is something terrible and permanent—and which might be about to happen to
her
.

She turns and sprint-swims for the rocky beach at the base of the cliff. Full-out crawl, no breathing allowed. Swim or die.

Something punches into her stomach, and snags there with
tremendous weight and pain. As it tears free, she gets an instant head rush and can’t feel her hands.

She tries to arch her back to get some air, but she must be turned around or something, because she sucks in water instead.

Or at least that’s how it was explained to me.

“ISHMAEL—CALL ME”
is all the Tel-E-Gram says, but I’m busy pulling some poor fucker’s teeth out with pliers when it gets slipped under the door, so I don’t read it till later.

The guy’s a full-on Nhambiquara Indian from the Brazilian Amazon. Beatlemania haircut and everything, though he’s in the white uniform of the laundry department.

Of course,
every
department’s uniform is white.

Maybe it is. From what I know about dentistry—which, granted, comes from watching about an hour and a half of procedure videos on YouTube—lidocaine to the posterior superior alveolar nerve will knock out sensation from the third molar in about two-thirds of people. The rest will need another shot, to the middle superior alveolar, or they’ll feel everything.

I assume any actual dentist would just go ahead and give both. But that’s the kind of thinking that caused me to use up all the lidocaine in the crew clinic in the first place, and almost all the lidocaine I’ve been able to steal from the passenger clinic. So now I have to tap and ask. And a lot of my patients are too butch, or just too polite, to admit they’re not numb.

Well, fuck it. Save the lido for someone too scared to lie.

I twist the molar out as quickly and smoothly as I can. It crumbles into black muck in the pliers anyway. I catch the pieces in my gloved hand just before they hit the guy’s uniform.

It occurs to me that I should give another oral hygiene lecture in the warehouse. The last one doesn’t seem to have changed anything, but at least there were fewer knife fights down there while I was talking.

I peel my gloves off over the sink. When I look back, there are tears running down the man’s face.

Fire Deck 40 is a metal platform between two smokestacks, as far as I know the highest part of the ship you can actually stand on. Fuck knows what it has to do with fire.

The sun’s setting, wind like a hairdryer. On the horizon there’s a ten-mile-tall wall of clouds running parallel to the ship. Iridescent reds and grays that bulge over each other like intestines.

I hate the fucking ocean. Hate it
physiologically
, it turns out. Being at sea fucks my sleep and makes me jumpy and subject to flashbacks. It’s part of what makes the job of junior physician on a cruise ship exactly what I deserve.

Not that I had a choice. If there’s another industry that hires this many doctors without giving a shit whether their medical degrees—in my case from the University of Zihuatanejo, under the name “Lionel Azimuth”—are real or just kited off commercially available supporting documents, I’ve never heard of it. Let alone one that’s this poorly infiltrated by the Mafia.
*

The hatch in the wall beside one of the smokestacks barks open, and a very black man in a long-sleeved version of the (white) uniform of updeck junior submanagement steps out.

Mr. Ngunde is staring at me. “Doctor, your shirt is open.”

This is true. I have a white undershirt on beneath it, but my white short-sleeved uniform shirt is unbuttoned. It has gold
epaulets, so wearing it like this makes me feel like a drunk airline pilot.

“I don’t think anyone will mind,” I say, looking down over the edge.

From here the ship, which is twice as wide and three times as long as the
Titanic
, is mostly all-white rooftops and telecom equipment, though there are a few pairs of sorry fucks visible whose job it is to watch for pirates. The passenger areas I can see into, like the Nintendo Dome and the rearmost indoor-outdoor pool, are guaranteed to be empty, since all five of the ship’s main restaurants started dinner service an hour ago.

Mr. Ngunde doesn’t come over to look. It reminds me that he’s afraid of heights, and makes me feel guilty for forcing him to come all the way up here to find me. And for taking lightly an infraction that, were he to commit it, would get him fired and dumped at the next port. Apparently I can bowl over a security guard while coming out of a passenger’s stateroom, drunk and
dying
to get fired, and get an apology from the security guard. Mr. Ngunde, unless he’s driving the Zamboni machine or doing some other task that requires it, isn’t allowed to be anywhere a passenger could see him. Regardless of what his shirt looks like.

Summer's Cauldron by G. L. Breedon
The Astor Orphan by Alexandra Aldrich
Journey of Hope: A Novel of Triumph and Heartbreak on the Oregon Trail in 1852 by Victoria Murata
Sexy Hart (Sexy Series) by Lovell, Dani
UFOs Generals, Pilots, and Government Officials Go on the Record by Leslie Kean
Ashes to Ashes (Experiment in Terror #8) by Karina Halle
Murder Between the Worlds: A Between the Worlds Novel by Morgan Daimler
Everblue by Pandos, Brenda
Last True Hero by Diana Gardin
The Everything Writing Poetry Book by Tina D. Eliopulos
Our partner