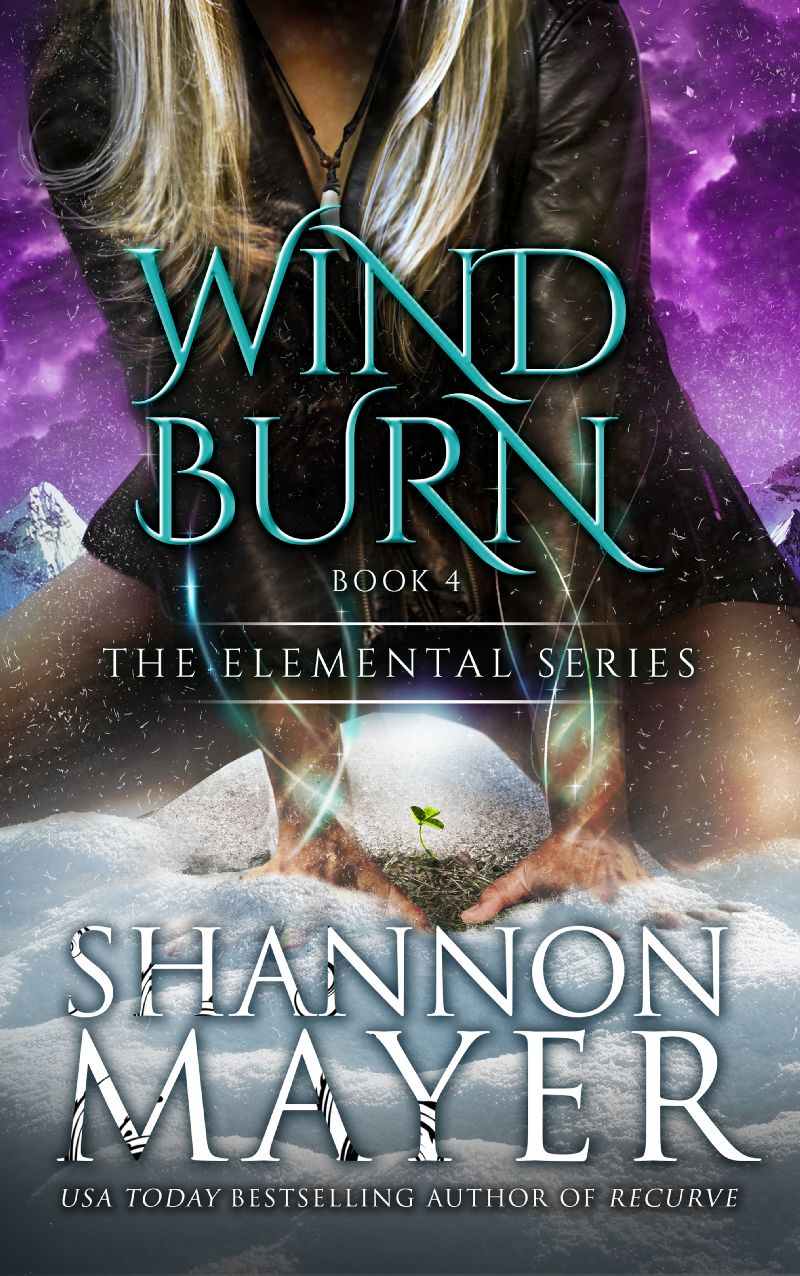 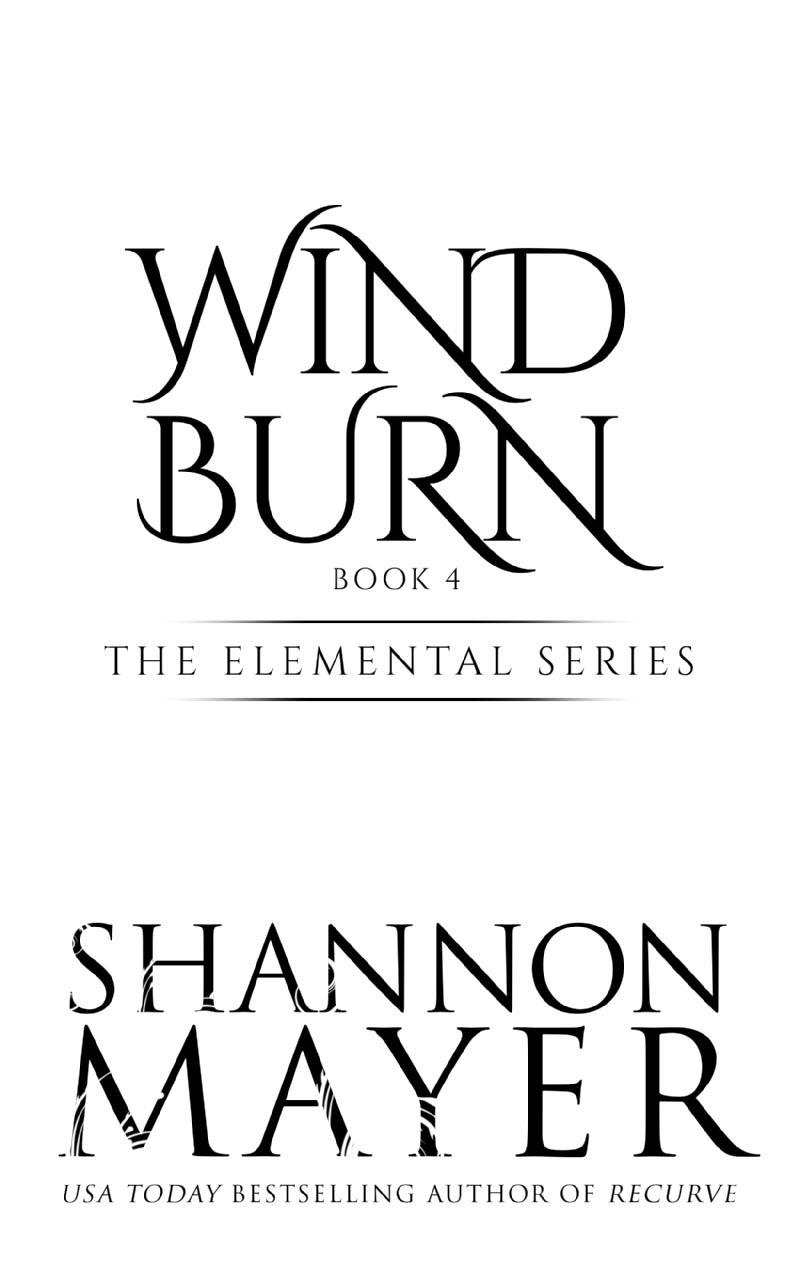 PRAISE FOR THE ELEMENTAL SERIES

"I love Shannon's Rylee Adamson series . . . and I was wonderfully surprised that I loved her Elemental Series even more!"

"I could not put it down and greedily consumed it in one sitting!"

"I think Larkspur aka Lark is the new heroine to watch out for . . ."

“What a fantastic start to a new fantasy series! I love a strong female lead and we were delivered that in spades with Larkspur . . . This story is fast paced and exciting right from the start. I can't wait to see what comes next!”

There are always far more people than only a writer behind the making of a book. I am so grateful for the help of my amazing editors, beta readers, proofreaders and formatters. Not in order but: Tina Winograd, Shannon Page, Lysa Lessieur, Jean Faganello (aka Mom) and my ARC Team (too many to list!).

My two amazing boys who tolerate my wacky brain and sometimes absentminded presence as a new story runs throughly mind. They are my heart and the reason I smile every day.

I would be remiss if I did not thank my readers. You trust me with characters you have grown to love, and I hope you continue to enjoy the rides and journeys I take you on.

efiance is not a word Elementals use lightly; not when it can see us banished from the very places where we draw our strength and feed our soul. Yet the word was one I was beginning to know all too well, in theory as well as in practice.

I stared across the table at my younger brother, Raven. He stared right back, concern knitting his thick dark brows.

“Lark, please say you will change your mind and stay here. Stay out of the human world. The more you stray from the tenets of our father and the mother goddess—”

I waved a hand, cutting him off as I leaned forward with a grimace. My body was still sore from the battles within the Pit, and my muscles protested even that slight movement. “You would rather we leave the king to fend for himself when we all know he isn’t in his right mind? He must name an heir . . . something he has yet to do.”

That was one reason I needed to go after Father. While little love was lost between him and me, our people needed an heir. How each elemental family replaced their ruler was different, and this was ours. It had to be someone the previous ruler chose with the guidance of the mother goddess.

As far as we knew, Father hadn’t chosen anyone. Which meant if he died, there could easily be civil war. Already lines were drawn within the Rim as to which sibling our people would back if it came to war.

Worse, Cassava could return and
technically,
as the first wife of the king, could take over. As strong as she was, that scenario was a distinct possibility. On my lap, Peta stirred and looked up at me, her green eyes clear as emeralds.

“You must tell me about her sometime, Lark. I sense great pain in you when you think of her name.” Her words were soft enough I didn’t think Raven heard. Most likely he didn’t realize Peta was my familiar. No one in the Rim had ever been handed a feline as a companion. Ever.

Most of my elemental family thought she was a cat I’d picked up. A stray. And for the most part, I hoped to keep it that way.

Peta made an excellent spy when people didn’t know she could comprehend.

My brother tipped his head back, and his throat bobbed as he seemed to struggle for words. I, on the other hand, did not suffer that particular ailment.

“Raven, I appreciate your concern, I do. But there really is no other choice. We all know it, but—”

Lifting his left hand, he waved it once between us, and for a moment, I caught a glimmer of green as lines of power trickled up his arms. I could see when another elemental was about to use their power, and the intent behind the usage. A gift—as far as I knew—only I had. Rather handy in a fight. Which, the way my last few months had been going, was almost a daily issue.

On the loaded table in front of us, a vine shot up through the cracks. A creeping larkspur vine flowered violet blue blossoms as he reached out and touched it.

“You are stronger than we all knew, Lark. And deadly, I am beginning to think, not unlike your namesake. Do you know our siblings talk about you when they gather?”

Snagging an overripe peach from the table, I took a bite out of the flesh. The juices—sweet with the last rays of the summer sun—dripped down my chin and onto Peta’s head. She flicked her ears and glared at me before jumping from my lap to my shoulder where she groomed herself.

I swallowed, making him wait for my answer. “When are they not talking about me? I’m the half-breed bastard turned Ender. I’m the blemish and blight on our family tree, if you recall.”

Raven shook his head, reached across the table and took a hunk of fresh cheese off my plate. I glowered at him in mock anger.

“That was before what happened with Keeda.” He popped the cheese into his mouth and chewed while his words settled around me.

The sweet taste of the peach’s juice turned to dust in my mouth, and I struggled with the second bite. Guilt roared through me like a lion unleashed on unsuspecting prey. “What are you talking about?”

He leaned forward, his blue eyes intense as they bored into mine. “They know what you did to her. They don’t know how, I don’t know how. But they know the way she is . . . you did it. And it scares them. Elementals do stupid things when scared, you know that.”

The peach rolled out of my suddenly numb fingers, and dropped to the table. I lowered my hands to my thighs, gripping the fabric of my pants. “What . . . are they saying exactly?”

“That you broke her mind. That you are some sort of freak because of your half-breed status. There are rumors coming from the Pit that maybe . . . maybe you aren’t half human like we always thought. Maybe your mom was a—” His mouth clicked shut and his face paled at a rather alarming rate. Perspiration beaded his upper lip as he gripped the edge of the table.

Raven was afraid of me.

“What do you think she was? A goblin?” The words were light, but the tension between us was anything but.

“A Spirit Elemental,” he breathed out.

There, the words were finally in the open. I didn’t deny them, seeing as my mother was exactly what he thought.

“Are you talking to the others? To Vetch and Briar?” I made myself say the words, and to not cringe as I spoke them. Raven was one of two siblings I was close with. He was of an age that Bramley—my brother, who Cassava had killed—would have been. Raven always stood with me, tried to help soften the cruelty of his mother and our other siblings. With the recent changes in Bella’s relationship with me, he was no longer the only one I could truly call a friend as well as a sibling. But the thought that he was afraid of me burned a hole straight through my heart. “Raven, please tell me you aren’t afraid, too.”

Clutching the table, he slowly shook his head. “I don’t know what to believe. Vetch says the information about Keeda came from someone he trusted. Someone who had no reason to lie to him. And now your reaction confirms the truth in it. If you would hurt her, one of the weakest siblings, what would you try to do to the rest of us?”

Goose shit and green sticks, I was my own worst enemy. “So Vetch, Briar, and you have been discussing whether I’m dangerous to you?”

“And Bella,” he said softly, his eyes flicking downward.

If he had taken one of the carving knives and jammed it into my stomach, I’m not sure it would have hurt any more than the sharp pain his words cut into me.

“Bella wouldn’t,” I spat out, pushing back from the table. Whatever appetite I had was gone.

“It’s not like that, Lark. She . . . she’s the ruler right now; she has to know the mood of her people. And like it or not, any of our siblings could be in line for the throne. Bella is being smart; she needs to keep her fingers in every discussion she can. Particularly when it comes to our siblings.”

The Honey Thief by Najaf Mazari, Robert Hillman
On the Many Deaths of Amanda Palmer by Rohan Kriwaczek,
The Problem Child (The Sisters Grimm, Book 3) by Michael Buckley
Perennial by Potter, Ryan
Circe's Recruits 1: Roane by Marie Harte
Anniversary Day by Kristine Kathryn Rusch
Legionary: Land of the Sacred Fire by Gordon Doherty
The Plantagenet Vendetta by Davis, John Paul
Blood Money by Julian Page
The Dark Tower by Stephen King
Our partner