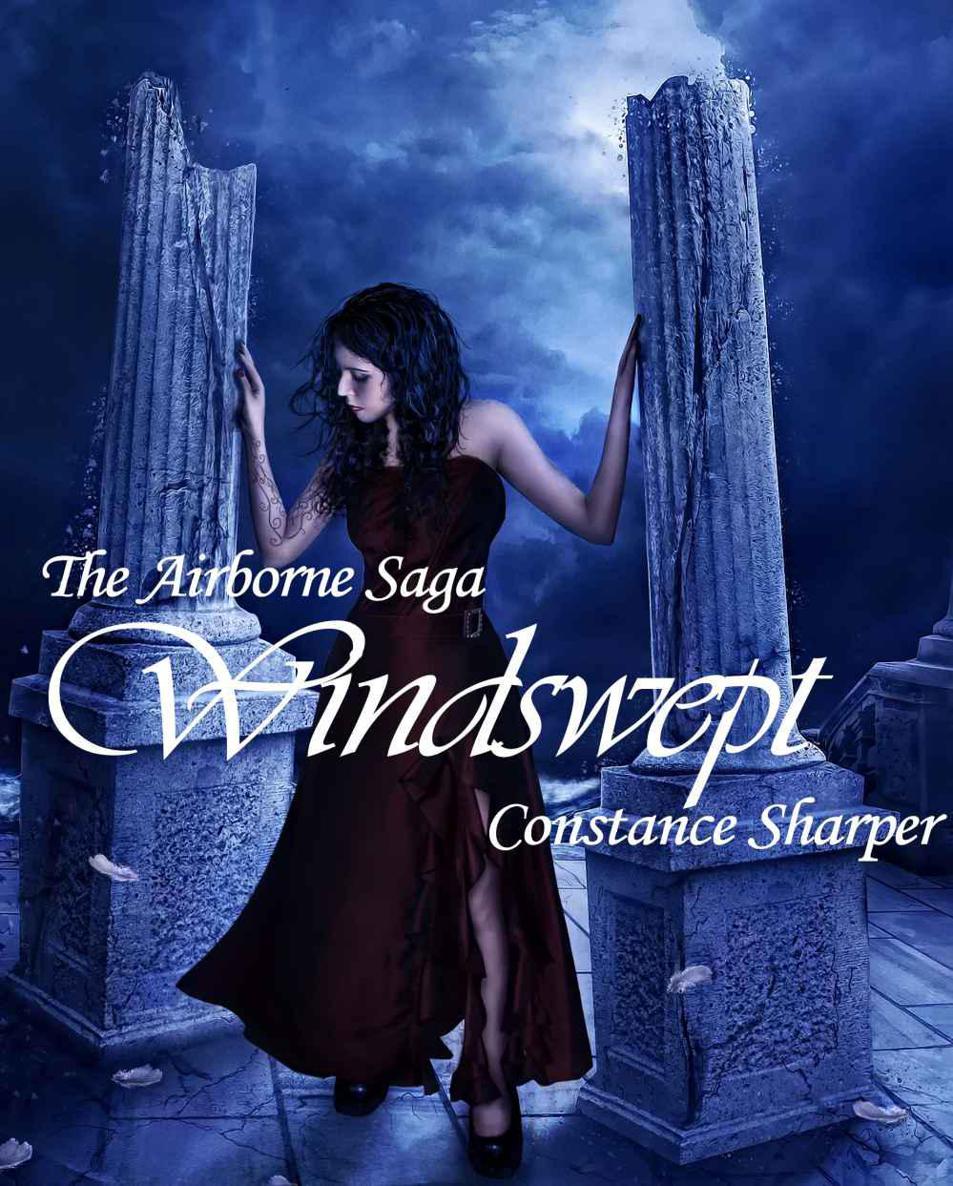 This is a book of fiction. Names, characters, places, and incidents are either the product of the author’s imagination or used fictitiously. Any resemblance to actual organizations or persons, living or dead, is entirely coincidental and beyond the intent of the author.

All rights reserved. No part of this book may be used or reproduced without written permissions
.

Her time running short and the likelihood of being caught keeping her nerves on edge, Avery hurried. She spread her fingers wide with hands open, and posed both arms out in the air in front of her. Cross-legged on the carpet floor, she summoned.  The magic didn’t come easily or quickly. Hotness burned through her veins, prickling her skin from the inside out, but did little to manifest tangibly in her hands.

She exhaled a hissing breath and glanced towards the door. It remained quiet and still like the remainder of the empty white room. She clenched her fists and jaw. Avery focused now on the blood-red tattoo that twisted up her arm like wiry branches of a decrepit tree. The base of the design rooted at her palm where the Willow magic had originally seeped into her body, determined to remain there to grow and live. But now it refused to manifest outside of her being.

“Work for me. Do not abandon me now,” Avery whispered.

She felt an unnatural pulse react in her chest and mentally grabbed at it. The magic snapped from a simmer to an inferno and ripped through her blood. The magic tore from her fingertips like an electrical current. The jolt of light hissed, crackled, and flickered—the roar of warmth now external and brutally strong.

Then the pain followed.

Agony trailing the path of the magic, she sprung backwards. Her hands separated and the bolts of mini lightning dissipated with a pop. Her elbows smacked the floor and she found herself staring at a spinning ceiling. She struggled to find a breath in the hollow expanse of her lungs. The door clicked. Avery sprung up and ran for the bed. She dove into the sheets and rolled when her torso hit the springs. The door opened and Avery didn’t need to see the person to know who had entered.

“Avery!” He didn’t bother keeping his voice down.

Struggling to find the strength, Avery propped herself up and offered a sideways smile.

“Hi, Mason,” she chirped, but her attempts to look cute might as well have been futile. The man who now stood at the end of the bed didn’t return the smile. Twitching wings surrounding his lanky figure; he wasn’t exactly a man either.

Mason was the harpie
who plunged her into the world of the supernatural. Six foot seven, he barely fit in the room that was structured just for his race. He’d obviously flown partway here because his brown mop of hair never managed to stay in any semblance of order. It only grew worse when he didn’t trim it. Hanging over his ears and framing his strong jaw line, he looked more like an indie rocker than ever.

“You would be crazy enough to pull a stunt like that!” Mason hissed, on par with his notorious attitude.

“Give it up. I could feel that spark of the magic’s aura a mile away! What are you doing? Why are you trying to summon it?” Despite his tone, she knew Mason was actually genuinely worried.

She’d known him for almost two years now and the magic he referred to was what
had initially brought them together. The Willow magic was a harpie invention but one that didn’t quite live up to its creator’s plan. It had escaped from an amulet and taken Avery as its new vessel. She was once able to use the magic. As of two weeks ago that had changed. She voiced her frustration.

“Mason, it’s not supposed to be doing this. It acted fine until recently. Now I can barely feel the bloody thing at all. Not to mention it hurts when I’m trying to use it.”

Avery had been eager to attempt to change that, thinking a jolt would return the awkwardly settled magic back into place. Mason perched on the edge of the bed.

“It’s not like that. You used it so much with Mikhail…it’s just acting up. Give it time. I don’t even try to use mine.” Mason said.

She didn’t cringe at the name Mikhail but might as well have. Recently she and Mason had fought to the death with Mikhail, one of the most dangerous harpie criminals in the world. Only out of luck and mild ingenuity did they survive it all. Mason had helped her—another vessel for half of the original Willow magic—but didn’t have the problems that she experienced. He’d also snapped back to health disturbingly quickly and only traces of purple facial bruises remained from the attack that had nearly killed them both. She didn’t mention the discrepancy but knew that Mason also wouldn’t care if he could ever manifest it again.

“How goes things on the outside?”
she asked while reminding him of something she was sure never actually left his mind.

On top of being a supernatural harpie, Mason had something even stranger going for him. When they’d first met, he was the banished son of the Harpie Prince. His father Jericho had died spurring their more gothic star-crossed encounter and Mason was finally in line to take his late father’s throne. Avery honestly didn’t know much about monarchies or kingdoms having lived in
twenty first century Nowhere, Alaska. She did know, however, that being prince of anything was a big deal.

“Things haven’t really happened yet. We’re still in this grace period. Once the council feels it wise to announce me as the crowned heir, chaos is going to start. The vultures—I mean the press, are going to descend on the island. Then we’ll never get a break.”

Mason let out a dry laugh.

“You are special to them. And I’m worried about that part. About you.”

“About how they’re going to perceive you dating me, a human girl?” That’d make the headlines. Mason and Avery were a very unofficial official couple now. She
had stayed in his room for the past week—big news probably. The part the press wouldn’t know was that Mason was far too worried about her health to even touch her. As long as he kept up this delicate charade, Avery had to suffice for the more platonic relationship they’d had for the months prior. Like bunk buddies. It was…frustrating, but Avery still managed to keep the thoughts to herself. Maybe she was still in a little bit of pain. A few days in, when the magic evened itself out, she reasoned that ache would disappear. She could already barely feel the Willow magic outside of its rare temper tantrums.

“Dating a human girl is one thing. Letting them harass a human girl who has a bad habit of taking on the worst of a harpie’s vicious traits is another.” Mason referred to the exact reason he didn’t want her to join him on the island originally. He was worried that the pressure would change her character like it had done to people before her, and for some reason Mason liked her current sappy human qualities. “I need to keep them away from you. I need them to love you, not to demonize or attack you. I need to introduce you carefully.”

“Ouch. I told you I’d be okay. ” She feigned hurt but allowed her mind to fantasize on exactly how Mason intended to deal with that problem. Apparently even he didn’t have a complete plan.

“I think you should keep laying low. For a few weeks or at least until I can figure things out
,” he continued.

Avery reacted suddenly to his words, wheels in her head clicking madly. She needed this opportunity. Dropping the pillow, she scooted closer until she could feel the distinct heat radiating off of his body.

“So Leela called me again…” Avery had barely gotten out the first sentence before Mason turned the full weight of his green eyes on her.

“Let me guess, same as always with the human.” The snarky tone sounded clear in his words.

Avery stopped herself from reminding him that she was also very much a human. Instead, working to make it as painless as possible, she just smiled.

“If you mean she wants me to go back to Mayweather
, then yes, it’s the same. But Mason, keep in mind that I have to graduate. It’ll give you time to figure things out. It’s perfect. That way I’m still avoiding being labeled as a truant or a runaway in the human world.”

“I d
on’t care about the human world,” he mentioned but corrected his tone quickly. “You going home to graduate isn’t the problem. I think you should. But you know that’s not why Leela is so eager to get a hold of you. Avery, even I know that she does not want you to come live with me. Or associate with harpies anymore period. That’s why you haven’t told her yet.”

“Hey, that’s not the only reason.” Actually Avery just wouldn’t admit that was mostly the reason. Her best friend was Leela, a petite brunette that could still manage a stubborn streak to rival any harpie. The girl had good reason for her skepticism, unfortunately having only been exposed to
the worst of harpies in the short time she knew them. The girl had mentioned before, and continued to mention her desire for Avery to escape the supernatural world too.

Avery actually had a much different plan. During their last battle with Mikhail, Avery had agreed to move in with Mason. The jump in the relationship still made her heart twist and her head float but Avery had no doubts. She wouldn’t have Mason vanish from her life. Now explaining that to Leela would be another thing entirely.