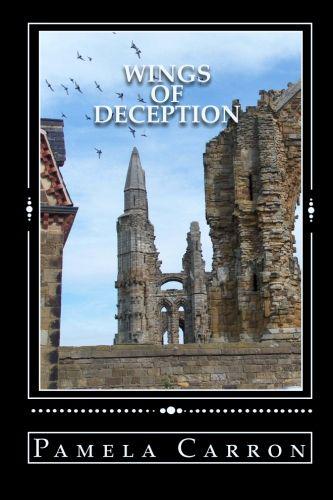 Asa, an age old entity needs a new body. He has chosen one that belongs to Jacks, an avid atheist and attorney, specializing in child abuse victims. Honey, an agnostic psychotherapist, is transformed by a child with a terminal illness. Sheila, a legal secretary, is forced into marriage with a member of a dark cult and Dwight, the pastor of a small rural church, finds himself a single parent after the death of his wife. The four all band together to win a battle of good versus evil. In the fight for his life Jacks discovers his soul and his soul mate. This thrilling inspirational, romantic adventure takes place in New York City, rural Mississippi and the Sierra Mountains.

Pamela K Carron was born the sixth of eleven children to Troy and Catherine Rushing. She left home at the age of sixteen, living with older siblings where she became the youngest employee of South Central Bell. Working as a long distance operator by night and attending school by day until she eventually dropped out of school. After marrying the father of her five children she did however complete her GED and went on to study the Liberal Arts and English, where she developed her love of putting words together in delightful short stories and poems. Divorce and the aftermaths of concentrating on working and rearing her five children, caused the writing to be put away, only to return when the children were adults and she had remarried. Having the time and the motivation, Pamela again pursued her love of writing fiction. Unfortunately fate decided her stories would once again be shoved back to the back burner as she was diagnosed with an inherited eye disease, Fuchs' Dystrophy. No cure except for corneal transplants, Pamela determinedly spent two years waiting for the first of two transplants, slowly writing her first novel, The Shadows Dim. It was followed by a sequel, Whisper of the Sun after her left eye corneal transplant. While waiting for the second transplant, she wrote the latest book, Wings of Deception, which has captured the hearts of many of her faithful readers. The pull of emotions, the excitement of the intrigue and love, as well as the spiritual influence will also capture yours!

This book is d
edicated to
the
memories of
Renee
, Amanda and Will’s
m
other,
my sister and Mary’s twin,
Martha
Jean
.
She
has gone on before us to be with our
Heavenly
Father. She is not dead nor is she asleep, but alive and as the Word
declares
,
“T
o
be absent from the body
and
present with
the Lord
.
”
Corinthians
11 5:8

Far away from the confines of the boundaries in the flesh world as it is known, there
lies
a greater truth which humankind has not yet received. Nevertheless, but for the few elect who have eyes to see and ears to hear, a slumber rest
s
upon those who have not the endurance to overcome. For their own sakes, they are blinded to this truth. As death rides across the vast lands and sea
s
, he takes all caught unaware and impregnates them with bastards
,
so they are spoiled for the true Lord of the Universe. There are those who have gone before who are allowed to give help to one of the elect. Assigned at the birth of a new born child,
they are called
guardian angels.

In
nineteen seventy two
,
on a cold November afternoon, a woman
was
about to give birth to her third child. The place was Philadelphia, a small town in mid-Mississippi. It was a two-story building that served as the town's hospital and named for the old doctor who built it years before.

Throughout her pregnancy, the mother had not once been examined and the doctor
,
who was about to deliver her baby
,
was not very happy with her or her husband. He could only shake his head in dismay.

Little did
he
or either parent know that a presence even during the harsh labor pains was encouraging the spirit of the child soon to be
born.
This presence
did have
a name
but
he was not of the flesh. He was called Ragas.

While the woman prayed for the birthing process to be over quickly, Ragas gave helps to the baby girl
.

“Okay, my friend! A few last minute
instructions
before you are thrown into that sea of forgetfulness.

I do know how frightening it is as your spirit body becomes lost in an unfamiliar flesh one. You are about to be born of water and you will learn a new language…it really is quite intriguing, the learning process of the flesh, learning to talk, walk and to think a whole new way
.
Right now
,
you are about to leave your warm spot, but do not worry
,
it is only painful for a moment.

You will not remember anything before this birth but I will be watching over you, I promise. You have not been given an easy life but you will survive every attempt of the evil one to destroy and even end your life in order to stop the work set before you. How privileged you are to live in this generation of the fig tree,
that
even the prophets of old envy you, my child. Never mind that now…it is time! Here you go! Just let that water carry you, and hey!

He was called a lot of things
;
w
ild, handsome, stubborn,
a
rebel and even enemy of the state by some
.
B
ut everyone
who
knew
him
also knew he was just Jacks when it came to names. Orphaned at the age of two,
he
grew up on the streets of New York City. Just turning forty the day before, he sat back in his worn but comfortable chair, behind his over
-
sized desk, studying the man who was offering him a seat in the state senate.

“Why not you Garrett
?
Y
ou would be the perfect choice for th
is
. You have
always been more ambitious than me
,
”
said Jacks.

Garrett flushed slightly
. H
e had hoped to be the one but it was not him that
was
wanted
, it was Jacks
.
Putting aside his irritation
,
he persisted.
“They want you. All you have to do is say yes and we will do everything there is to do to get you in. It
is
a sure ticket Jacks
! L
ook at all the things that you could accomplish as a senator.

Jacks relished the idea of being a senator for a full moment. A tempting offer
,
no matter who may be behind it. How much more he could do for abused children. He shook the thought out of his head because he knew
of
these men. They were people
which
you did not want to get involved with. He wondered why they wanted him but it really did not matter
,
for
he did not intend to answer to
any
man
. Garrett was not the only person he knew who was owned by them
or someone like them
.

He was sick of the running in circles to accomplish thing
s
anymore. The laws, the courts and now
even
people who liked to make demands and have you jump to do their bidding. It made him all the more want to get the hell out of
New York
, which
not
surprisingly
,
he had been thinking about doing for a while. He thought about an offer he received from Mississippi a few days earlier. Having dismissed it then, he was
now
seriously reconsidering. Restless, he needed a change and this was a perfect time to make one.

Now, to get rid of
Garrett
and his cohorts...
.
Damn it, if there were such a thing as modern day mafia, they had to be it. He shook his head
,
because at one time he and Garrett
had been
friends.
Being
very
small in stature and
not at all popular,
Jacks felt sorry for him
. T
hough he befriended him, it was never a close relationship for Garrett was
always just too
weird.
They graduated together from Yale
and
while
Garrett
went
for the money
,
Jacks
pursued
his dream of abolishing child abuse.

“Sorry Garrett, I have other commitments.” He tapped the desk with a pencil. “I have been offered a position out of state and am in the process of relocating.” It was not an exact truth but maybe they would look elsewhere for their candidate if they thought it was
,
and leave him alone.

“Surely you won’t be so foolish as to turn down an opportunity like this.”
Garrett said
in
disbelief.

Jacks politely listened to the benefits of the offer and while Garret pushed
the agenda,
he thought about the hard climb he had getting to where he was at this point
in
his life. It was not easy growing up in one foster home after another, being knocked around by drunks
supported by wives who took in foster children. It was the main reason he became a
l
awyer, to work with the system to end child abuse. His elaborate intentions were somewhat dashed, when he realized that the system did not always work. He earned a reputation for being unorthodox in dealing with cases the courts threw out, not wanting to see what a mess they had going on in the social realm
. There were
even
many occasions
,
he was
threatened with time in jail for annoying the courts.

He was also thinking that it was for this very reason the
y may have
chosen him.

Interrupting Garrett he said, “Excuse me
,
Garrett, I have given you my answer. If you want to play with the big boys, go right on but do not try to drag me into your dirty little world of money and power. Not interested and I
’
m sorry
,
but I have a client coming in and I need to prepare. I
am
sure you understand.”
It was another lie
,
for he was expecting no one
. Having stood, he walked around the desk.

Garrett insisted,
“You are making a big mistake, why don’t you at least think about it before you turn
this
down
?
”