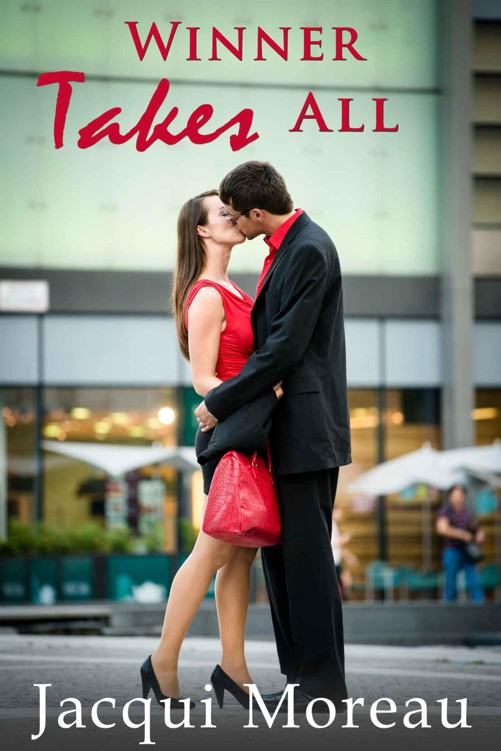 This is a work of fiction. Names, characters, places and incidents either are the product of the author’s imagination or are used fictitiously. Any resemblance to actual persons, living or dead, events or locales is entirely coincidental.

Without limiting the rights under copyright above, no part of this publication may be reproduced, stored in or introduced into a retrieval system or transmitted in any form or my any means (electronic, mechanical, photocopying, recording or otherwise) without prior written permission of the copyright owner and publisher of this book.

The scanning, uploading and distribution of this book via the Internet or via any other means without the permission of the publisher is illegal and punishable by law. Please purchase only authorized electronic editions and do not participate in or encourage electronic piracy of copyrightable materials. Your support of the author’s rights is appreciated.

Eva Butler stared
at the gray-haired woman behind the mahogany desk and bit back a sigh of frustration. There’s always a gatekeeper, she thought with annoyance. And they’re always as fierce as a lion protecting a cub. Why did these blue-blood scions
always
have to inspire intense loyalty in the breast of their employees? Just once she’d like to deal with an executive assistant who resented her boss.

This gatekeeper was the familiar sensible type: sensible glasses, sensible hair, sensible shoes, sensible nose for looking down on upstart visitors who didn’t have appointments.

“But I have an appointment,” Eva said, taking out her phone and double-checking. Although she was fairly certain she had the correct date and time, she didn’t think it would hurt her case to appear fallible. “Yes, I set it up for today at one-thirty. Would I have spoken with you, Ms.”—Eva squinted her eyes and tried to read the words on the nameplate on the desk, but the tiny letters rendered it completely useless—“ah, with you?”

“Most likely,” the woman said through pursed, impatient lips, “though that would depend on when the alleged appointment was made.”

“The alleged appoi—” Eva broke off, annoyed with herself for falling into the woman’s trap. “The
appointment
was made two weeks ago Monday, the twenty-third.” She recalled the date clearly because it had been her birthday. At the time, she’d thought getting a chance to win the Hammond account was the perfect present. Now she wasn’t so sure.

“Monday, August twenty-third.” The woman flipped through the heavily annotated calendar, which she kept centered on her desk, and stopped on the correct page. “Can you recall the precise time?”

The precise time? The request was so ridiculous, Eva had to close her eyes and count to ten quickly. It wouldn’t do to lose her temper. “No, I cannot recall the precise time. It was probably in the morning,” she said, since she’d been given the assignment during the Monday
A.M.
meeting. It would follow logically that she’d made the appointment as soon as she’d returned to her desk.

One eyebrow raised, and Eva felt a sinking feeling in her stomach. The vagueness of her answer would count against her. “Probably?” the horrid woman said.

“Did I say
probably
?” she asked, backtracking quickly. “I meant definitely. The appointment was
definitely
made before noon.”

But this was too little too late. The woman closed the large leather-bound calendar, unconvinced. “I can’t say if I made the appointment if you can’t be more specific than that. But either way, the appointment isn’t in the book.”

Realizing there was no way to get around this essential truth—no matter what the circumstances or the muddled miscommunication that caused it, her appointment was not in the book—Eva settled on another tactic. She smiled her pep-squad smile she dragged out for meetings with her boss and said, “All right then, let’s move on. How do I get in to see Mr. Hammond?”

“Have your assistant call me to set up a time,” she said.

Eva, who didn’t have anything as luxurious as an assistant, wasn’t in the mood for Appointment Making 101, but she held on to her temper. She’d suspected something was up when she’d gotten the prestigious assignment. Old and respected auction houses didn’t rely on people like Eva Butler to court multimillion-dollar deals. Davidge’s didn’t send a bottom-runger to talk to Elton John nor did Brooks’s send a lowly associate to court the Prince of Monaco’s heirs. It simply wasn’t the way business was conducted at the highest level.

And, she thought, as she looked at the dragon guarding the door to the inner sanctum, with good reason. Getting past the gatekeeper required the patience of a seasoned professional. That didn’t necessarily describe Eva, but she was smart enough to pretend it did. She didn’t understand why she’d been given the extraordinary opportunity to win the Hammond account—a coveted, priceless collection of Impressionist masterpieces. Yes, she had been promoted two months ago from junior associate to senior associate, but nobody lower than manager had ever been sent out to court a sale. Furthermore, her specialty was eighteenth-century furniture, and yet here she was making a bid for turn-of-the-twentieth-century paintings. As unexpected as the assignment seemed, she knew it could mean only one thing: Her employers were impressed with her skill and savvy and thought she could handle the challenge.

She would not disappoint them—or herself. Perhaps Impressionism wasn’t her specialty, but she’d spent her junior year in college studying Monet and Degas from a Parisian garret and retained enough information, after a quick refresher, to speak confidently on the subject.

All she had to do was get past the gatekeeper first.

The woman’s brow crinkled. “I’d prefer we did this by phone.”

Eva flashed her pep-squad smile again, even though it had been completely ineffectual the first time around, and wondered how the woman would react if she called her line while standing directly in front of her.

No, she thought, that would be too provoking.

“I’d prefer to watch you write the appointment in the book,” she said calmly.

With a moue of annoyance, the woman flipped through the calendar. “The opening I have is the sixteenth of next month.”

Eva blinked several times. This was obviously an act of reprisal. “October sixteenth is five weeks away.”

The woman smiled. If she had been anything other than a cool and dignified executive assistant, Eva would have called the look smug. “Perhaps you would like to phone later and try again. Dates open up all the time.”

As the gatekeeper reached for a silver Cross pencil that was lying on her desk, Eva shook her head. “Uh-uh.” She dug into her bag and extracted a thin felt-tipped black pen. “In ink.”

The woman huffed and stared at the pen for several long moments as if it were some sort of evil wand she didn’t want to touch.

The man who had been discreetly listening to this exchange from the doorway decided now was the perfect time to interrupt. “What seems to be the problem, Mrs. Hemingway?”

“Nothing, sir,” said Mrs. Hemingway as she tugged the pen out of Eva’s grip.

“Nothing,” muttered Eva under her breath as she entered the new date, “just the abuse and torture of an innocent woman.” When she was done updating her calendar, she looked again at the nameplate and shook her head. Even knowing what the tiny letters spelled, she still couldn’t make out anything sensible.

“Perhaps there’s something I can help you with?” the man offered.

His voice was deep and rich, and Eva felt a small shiver travel down her spine. She usually wasn’t susceptible to sexy-sounding men and, impatient with herself for indulging a completely inappropriate reaction, she turned to assure the helpful interloper politely but firmly that she had everything under control.

But then her eyes met his eyes—deep blue velvet eyes that looked like sapphires glinting in the sun—and she found herself breathless. Breathless and oddly incapable of coherent thought.

“No, sir, I have everything under control,” said the prosaic Mrs. Hemingway to Eva’s annoyance.

He wasn’t talking to you, she wanted to say, but Eva wasn’t completely lost to reason—yet.

The realization was sobering, and Eva shook herself loose from the strange fascination he held for her. So he was devastatingly handsome, with his strong cheekbones, a carved-from-marble jaw, thick black hair and those full red lips. She had seen handsome men before. Of course, none had ever struck her dumb with his appearance, but she recognized and accepted the experience for the anomaly it was.

“Everything is under control,” Eva said, her voice unusually husky. She coughed once to clear it and continued. “But thank you for your offer.”

He nodded and stuck his hands into his pockets. He was wearing a dark-blue pinstripe suit that was well made and expensive. After five years at Wyndham’s, Eva could tell well made and expensive at a glance. He gestured with his head to the door that led to the inner sanctum of Coleman Hammond Jr. “Got an appointment?”

His lips curved and he raised an eyebrow.

“I had an appointment,” Eva explained, with a dogged look in Mrs. Hemingway’s direction, “but it seems to have been misplaced.”

“So you have time to get lunch?” he asked Eva.

Eva was putting her phone back in the front pocket of her shoulder bag. “I had a salad an hour—Oh,” she said, when the nature of the invitation penetrated her thick skull. Eva felt herself blush and wondered how she should handle this. The offer itself was very tempting, but there was no way she could take him up on it. It wasn’t just that she had to get back to the office, which she did, of course. It was also basic business sense: Aspiring young executives did not get picked up by handsome men in the offices of potential clients, especially not under the watchful gaze of a dragon-gatekeeper.
She already doesn’t approve of me.

Eva, deciding that the only sensible response was refusal, politely declined his offer. “I have to get back to the office,” she said, tempering her rejection with an explanation.

“But they’re not expecting you,” he said, with a charming smile.

Eva felt herself falling under his spell again. “They’re not?”

“You’re supposed to be in a meeting with Cole Hammond. I’ve been in one or two of those myself, and they tend to run long.” He paused and focused his intense blue eyes on her. “Very long. I’m sure your boss isn’t expecting you back until at least three. That gives us plenty of time for lunch.”