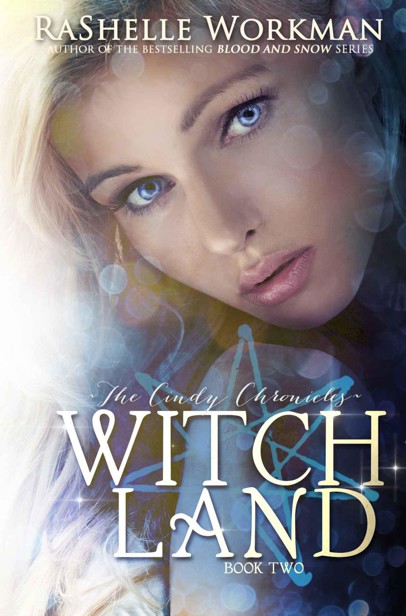 From a seemingly insignificant word comes the most magical of fairytales.

This book in its entirety is licensed for your personal enjoyment only. This book may not be re-sold or given away to other people. If you would like to share this book with another person, please purchase an additional copy for each recipient. Thank you for respecting the hard word of this author.

All rights reserved. Except for use in any review, the reproduction or utilization of this work in whole or in part in any form by any electronic, mechanical or other means, now known or hereafter invented, including xerography, photocopying and recording, or in any information storage or retrieval system, is forbidden without the written consent of the author, RaShelle Workman, P.O. Box Bountiful, UT. 84010.

This is a work of fiction. Names, characters, places and incidents are either the creation of the author
’s imagination or are used fictitiously, and any resemblance to actual persons, living or dead, business establishments, events or locales is entirely coincidental.

Even though this series is separate from Blood and Snow, I highly recommend you read that series first. Some of the same characters show up in the Cindy Chronicles, and I would hate to give anything away.

If you haven’t read Blood and Snow, click
HERE.

There are many people to thank: My critique partners, my fantabulous editor, MJ
Heiser, those who’ve taken the time to be a part of creating Cinderella’s world with me, and especially my husband and children.

A special thanks goes out to Cynthia Ann Powell and Kristie Davis Zapf. They had some great ideas with the creation of Leo, the gorgeous prince of Polonias.

Another special thank you to Regina from Mae I Design for taking the vision for this series from my mind and making amazing covers.

And last but certainly not least, a thanks goes to Ali Cross for doing the brilliant formatting work. It adds more magic to the Cindy Chronicles world.

I
’ve been in Polonias a week. The land is beautiful, if not a little old fashioned. Imagine living a hundred and fifty years ago. There’s none of the modern technology. No cell phones, microwaves, or cars. It isn’t because those things can’t be created. They can. Instead those things don’t exist because they aren’t necessary.

Everything happens
with magic—because of magic. It’s as much a part of this world as the grass, the many moons, or the violet-blue sky.

It
’s a little weird. The first time I watched the cook prepare a meal I nearly fell over. Eggs, milk, butter, flour, and salt flew through the air and into a large bowl. Then a whisk mixed the ingredients. When it was finished, the bowl rose into the air and poured the batter into a pan. The pan went over to the oven where the oven opened and the pan slid inside. The whole time the cook used words to make the items do as she commanded.

I thought about it and wondered why there couldn
’t be fast food created by magic.

I told Leo what I was thinking and he
laughed. “Magical Fast Food. You might be onto something, Cinderella.” I flinched when he used my full name, but let it slide.

Leo
explained there was something to be said for making a meal from scratch, even if it was done using magic.

There is more to Polonias than I first realized. Each day I see something new, something different. I have to tell you that I feel… home. I don
’t know if that makes sense. It’s like I’ve finally found the place I belong. My people. I know it’s probably stupid, but it’s how I feel.

The people are kind and seem interested in getting to know me.
Except the King. He is genuinely perturbed by my presence, even though I believe he sent Leo after me. Maybe he hoped I’d say no. Either way I’ve caught him giving me dirty looks more than once. I’m not sure what I’ve done to offend him.

Since my arrival I
’ve spent a lot of time with Leo. We’ve hung out every day. He’s very kind and good-hearted. Makes me wonder what Snow saw in him that made her despise him so much.

I
tried to magic a mirror so that I could talk to Snow in Sharra, but it didn’t work. When I told Leo he explained it’s probably because the magic works differently here.

I tried to use the word luminous to produce tiny stars in my room, like I would on Earth. Instead, I lit up the whole castle, bright as a Christmas tree.

Then there
’s the people and the creatures. They dress the way you’d expect in a fairytale. The men wear trousers and the women wear skirts and gowns. All of the animals can talk, including the tiniest insect—at least, that’s what Leo told me. He also said most of them choose not to speak since it requires a great deal of magic to understand different languages, and they don’t want to be bothered.

So far, the ones that do speak are grumpy.

Like earlier today I
encountered a spotted leopard. When I saw her, I screamed. I couldn’t help myself. She’s a leopard, for merde’s sake.

Leo later
shared that she’s the records keeper for the land and lives in the castle. Her name is Violet.

Now that I think about it, she looked really cute.
She walks on her hind legs and wears brightly colored gowns. The funniest part is she keeps a pair of glasses balanced on the tip of her nose. I’m guessing they don’t fall off because of a spell.

I haven
’t officially been introduced to anyone but the King. Leo says it’s because they want to have a formal welcome party. It’s weird, but whatever. The party is tonight. I’m hoping the guests will like me and that I’ll like them.

Not even Quilla—my fairy
godmother—has made an appearance. I’m thinking she’s still mad at me.

Polly is back in the
forest, next to her waterfall. She returned to the castle with us and stayed for a few days. I noticed she was getting antsy. Finally she came to me and said she needed to return to the earth.

I was sad
to see her go, but I understand. Not really, but she’s like part flower or something, so it seems like she should need the ground. She also said something weird to me right before she left. She said, “We’re sisters, you and I. There’s a gift I must bestow upon you when I get back. Be ready. It’s a gift with a curse, I’m sorry to say.”

“
Sure, Polly,” was how I responded, keeping my voice light even though inside I felt really weird about her saying we’re sisters. Also, the gift sounds like it isn’t a gift at all, but a total pain in the ass. When I see Polly again I’ll tell her I don’t want it.

Okay, t
hat’s everything. I think you’re all caught up.

Oh, except
one random note. I’ve seen two brown rabbits wandering the castle. One seems genuinely interested in me while the other plays tricks. Like last night it dumped a satchel of dirt in my bed and the day before that it put worms in my Manolo Blahniks. I’ve tried to talk to them, but they hop away before I get the chance.

There
’s someone at my door. Write more later.