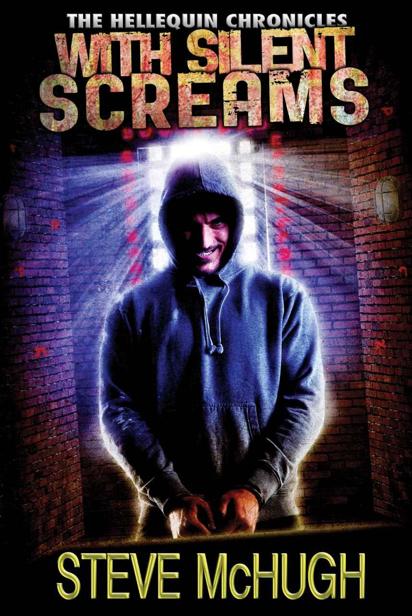 No part of this book may be reproduced, or stored in a retrieval system, or
transmitted
in any form or by any means, electronic, mechanical, photocopying, recording, or otherwise, without express written permission of the publisher.

You have the sweetest, kindest soul. All wrapped up in a bundle of naughty 3-year-old.

I
do not like flying. I’ve been told it’s perfectly safe, that it’s the future of travel and about a hundred other things which I’m sure the sane part of my brain agrees with. The other part of my brain doesn’t like the idea of being tens of thousands of feet in the air, in a small metal tube, with large quantities of jet fuel. I don’t like the fact that my life is in the hands of people I’ve never met—from the pilots to the repair crew.

More than all of that, though, I really don’t like the fact that flying makes me
feel
mortal. And as a nearly sixteen-hundred-year-old sorcerer, that isn’t a very nice feeling at all. But when friends call saying they need my help, I’ll brave this ludicrous form of travel and get there as quickly as possible. Even so, as the DC-9 came to a standstill outside the gate, allowing all of the
passengers
to exit into the terminal, I felt a moment of relief.

JFK Airport is massive on a scale that’s hard to convey, and that’s not just including square footage. The sheer number of people inside the airport was almost overwhelming, and I was grateful to finally get outside.

“Nathan,” a man shouted as he walked away from a red Ford Mustang and took my hand in his, shaking it vigorously.

“Roberto,” I replied with a smile as I dragged my hand free of his grip. “You said you needed my help with something.”

The smile on his face vanished and he placed a hand on my shoulder, moving me toward the car. “We’ll talk once we’re on the road. We’ve got a bit of a drive ahead of us.”

“And where would that be to?” I asked across the car’s roof as I put my bag in the boot.

I paused. “You still work for Avalon, yes?”

Roberto nodded and got into the car. I sighed and
followed suit.

“How long is this drive?” I asked after he turned the engine on and pulled away from the airport.

“Seven hours, give or take a few minutes.”

“So, you’ve got plenty of time to tell me what the hell is g
oing on.”

Roberto was quiet for a while as the traffic around us began to get heavier. I didn’t want to disturb him too much when he was driving; he was new to the concept of driving and I wasn’t sure he could drive and hold a conversation at the same time.

“Why didn’t you have me land there, then?” I asked as we entered the highway and Roberto appeared to relax with the monotony of going in a straight line.

“Because New York is neutral ground. It’s the closest neutral state to Maine, and the safest place for us to meet without anyone being alerted to either of our presence. Technically I have not, and never will, set food inside Maine without official
permission
.”

“I assume you don’t have that permission.”

Roberto’s silence told me all I needed to know.

“So, do you feel like telling me why you’re risking some serious trouble heading your way?” I asked, getting more confused by the minute.

Inside the glove box was a manila envelope, which contained a photograph of a young woman with long, dark hair. There was a sheet of paper attached to the photo, which gave information about the woman.

“Sally-Ann,” I said, reading the information. “Nineteen. She was born in Green Bay, Wisconsin, and she’s a college student studying fine art at Yale, which makes her smarter than the average college student, I guess.”

“She was incredibly smart, and sweet, and a good person.”

“Her body was found outside of Stratford, Maine, four da
ys ago.”

I was silent for a moment. “I’m sorry, Roberto. How did you know her?”

“Her father worked for me. He was a doorman—he died four years ago in a car crash just a few miles from safety.”

“That’s fair enough. So, what happened to Sally-Ann?”

“She lived with her grandparents in Augusta after that. I made sure she was well taken care of.”

Humans in positions of power or influence often also work for Avalon or some of the more powerful individuals who make up the council. Humans are a good way to find out who’s who in a city, and I knew from previous experience that Roberto was very protective of anyone who worked for him.

“So, why was she in Stratford?”

“She went there a lot; she’d met some artistic types a few years ago and she liked to go there to meet them and draw. She was supposed to be on her way there when she was murdered. Whoever killed her dumped the body in a shallow ditch and let the heavy snow-fall cover her. We only found her because a local fell into the ditch. Sally-Ann’s grandparents contacted me to let me know. They’re heartbroken. She was going to be something very special.”

“That’s why you’re risking your job?”

He had a fair point. But they would make his life very difficult for a few years. Roberto was a head of a division of the SOA, or Sword of Avalon. The SOA are the internal security agency for Avalon. They’re a mixture of an Internal Affairs department and the Secret Service.

“Here’s the thing I don’t understand,” I said, sliding the picture of Sally-Ann back into the envelope. “Why me? You’re more than capable of investigating this yourself.”

“You’ll see,” he said. “I promise all of your questions will be answered in Portland.”

“Then put your foot down, because this whole thing is making me nervous.”

The rest of the journey was done in silence, allowing me to get a few hours sleep. Roberto woke me once he’d pulled up outside a bar called the Mill and switched off the engine. I yawned and opened the car door, stretching as the cold air of winter in Maine made sure I was fully awake.

The snow had let up for the day, but it covered everything in an inch-thick layer of whiteness, which crunched under foot as I made my way around the car to join Roberto, who was waiting for me.

“In here,” Roberto said as he pushed open the bar door.

I glanced up at the sign that hung above the window and stepped inside.

The warmth flowed over me like a welcome embrace. I glanced around the spacious bar and saw half a dozen people sat at various tables, either talking amongst themselves or eating. I spotted Roberto talking to the bartender, and he waved me over.

Roberto opened his mouth to speak when a woman walked up to us, her heels clicking on the bare wooden floor. She wore a beautifully tailored dark suit and heels that put her just a few inches below my own height of five-nine. Her eyes were deepest blue and contrasted nicely with her long, almost black hair.

“Mister Garrett, Mister Cortez, my name is Rebecca Dean, please follow me,” she said and turned to walk away. Her accent placed her from New York, but I thought I caught something else in there, a little Irish maybe.

I watched her walk and received an elbow in the ribs from Roberto for the trouble. “Watch yourself,” he said with a sli
ght grin.

Roberto pointed to the woman’s heels, which were four inches long, and glinted as light hit them. “Those heels have blades on them,” he whispered. “Like I said, watch out.”

The woman led us up a flight of stairs and down a corridor, where she opened door and beckoned us inside.

“Please take a seat,” she offered, pointing to the two black leather armchairs that sat opposite a couch made of the same material. A glass coffee table lay between the chairs and couch, and as I sat in one of the chairs, I took the opportunity to survey the room.

It was a fairly large office at about thirty by thirty foot, but it contained nothing out of the ordinary. A large desk sat at one end, next to a window that bathed the room in light. The walls were adorned with paintings of various landscapes from around the world—they were very impressive, and whoever had done the work had certainly had a good eye.

“So, are we here to see you?” I asked Rebecca who had sat down in the couch in front of me, regaining my attention as I stared at an exquisite watercolor painting of Camelot.

“To why I asked you here today,” a man said as he stepped into the office

I was on my feet immediately, making my way over to the stocky man and embracing him tightly in a hug.

“Nathan, my old friend,” he said with genuine warmth as we parted. “I’m glad to see you again.”

“You too, you look good,” I said. He looked almost exactly the same as he had when we’d last met over a century previous. He’d let his dark hair grow to shoulder length and had a small scar on his cheek, but it was his eyes that gave away the pain as if he had the weight of the world on his shoulders.

He stepped past me and shook Roberto’s hand as the bar’s manager bowed deeply.

“My liege,” she said and he motioned for her to stand.

“Liege?” I asked. “When did you get people to call you that?”

My old friend turned back to me and smiled, but this time it didn’t reach his eyes. “Have you not heard? I am the king of Shadow Falls.”

My mouth dropped open in shock. I’d heard nothing about it. Even away from Avalon, I would have thought I’d have picked up little traces here and there. “How long?”

“Three years now,” he said. “Although it feels much longer.”

“King Galahad,” I said. “Damn, if it doesn’t suit you. Now can someone please tell me what the hell is going on?”