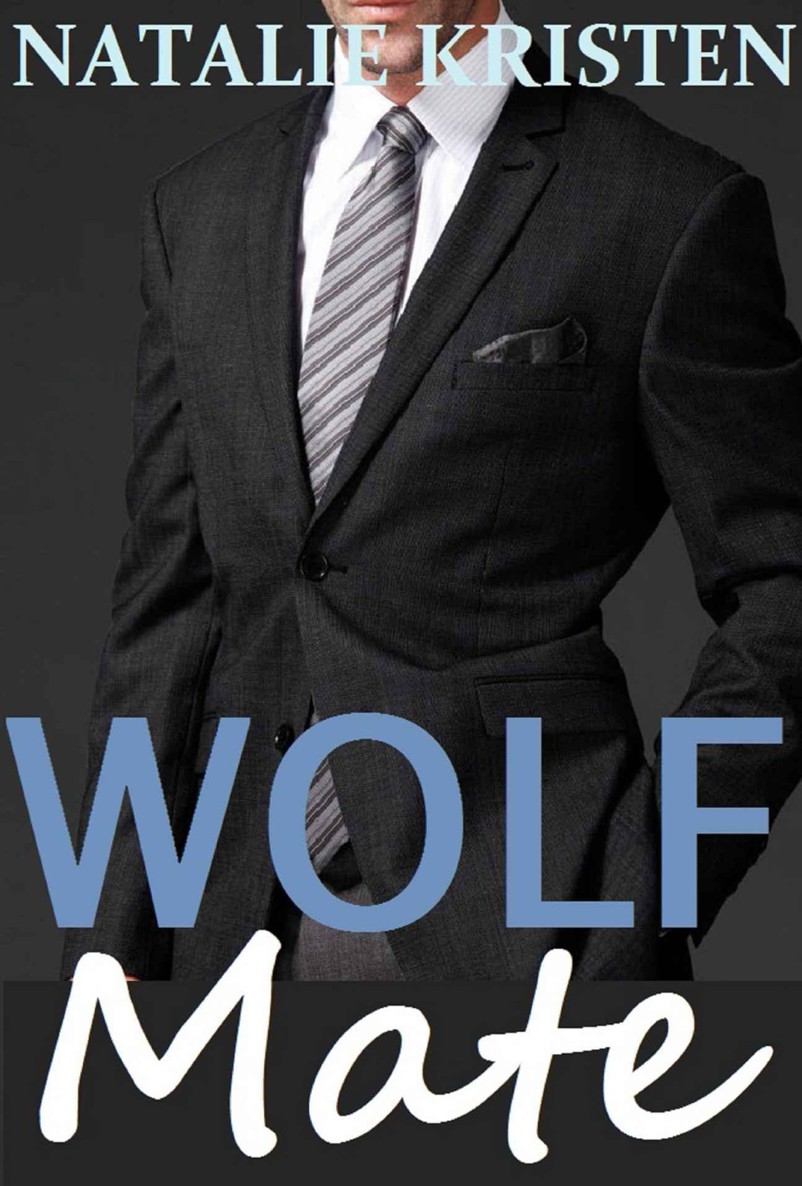 This
ebook is licensed for your personal enjoyment only. It may not be
resold or given away to other people. If you would like to share
this ebook with another person, please purchase an additional copy
for each reader. If you are reading this book and did not purchase
it, or it was not purchased for your use only, please purchase your
own copy. Thank you for respecting the hard work of the author.

This
is a work of fiction. Names, characters, places and incidents are
used fictitiously or are the products of the author's imagination.
Any resemblance to actual locales, events, establishments or persons,
living or dead, is entirely coincidental.

Their
past will destroy their future.

As
the secrets they hide from each other threaten to destroy them and
those they cherish, will Dax and Melynda finally learn to trust and
love? Or will they lose everything, including each other?

Dax let the client pump his
hand up and down after the meeting. “I know my case is in good
hands, Mr Ferro. You're a good lawyer, the best!”

Dax smiled. “I do my
best, Mr Seetoh. Have a good evening.”

Dax waited until the lift door
had closed, and the client was safely on his way to the ground floor
before sighing and shaking his head. The client hadn't been entirely
truthful and had been less than forthcoming with the facts. Yet he
expected his lawyer to work a miracle.

Dax shrugged. He was after
all one of the partners of Ferro, Wells and Robertson, the boutique
law firm that specialized in miracles.

Dax glanced at his watch. It
was already seven o'clock. The meeting with Mr Kai Seetoh had taken
longer than expected. If only clients would just tell their lawyers
the truth, the whole truth and nothing but the truth. It would save
everyone a lot of time. And they would save themselves a whole lot
of legal fees as well.

Dax turned and strode back
into the empty office. The secretaries and junior lawyers had left
for the day, and it was uncharacteristically silent in the office.
During office hours, the law offices of Ferro, Wells and Robertson
was a hive of activity and sounds. You could hardly hear yourself
think amidst the sounds of buzzing telephones, clicking keyboards,
rushing footsteps, whirring coffee machines, and the incessant office
chatter and gossip. The office girls never stopped chattering and
gossiping. They could gossip while they were typing, filing,
photocopying, on the way to the washroom. He had to admit, their
multitasking skills were impressive.

Dax was an alpha werewolf, the
only paranormal partner of the firm, but in his opinion, his two
human partners, Matthew Wells and Ian Robertson made far better
fodder for gossip. Those two lawyers were good-looking, flamboyant
and frequently represented high profile clients. Dax was an
excellent lawyer, but he preferred not to talk about his cases, his
work or himself. He had never granted a single interview to
magazines and tabloids, unlike Matthew and Ian, who were always
making headlines or gracing the pages of some gossip magazine.

Dax wound his way through the
maze of cubicles. He saw that the lights were on in Ian's spacious
corner office, but Ian wasn't in his room. Either he had gone off in
a rush, or he had just stepped out to grab a bite.

Loosening his tie, Dax entered
his office and threw the folder onto his desk. He frowned and
glanced out the door. Melynda wasn't at her desk, but her computer
was still on, and there was a cup of coffee beside her keyboard.
Melynda always cleared her desk before she left for the day. She
liked her work station clean and uncluttered. She was a bit messy
while she worked, with files, documents and half-eaten sandwiches
strewn all over her desk, but she always made sure she tidied
everything up before knocking off.

Melynda was a good secretary,
hardworking and intelligent, with a quick wit and a smart mouth.
That pretty mouth of hers was always ready with a quip or a retort.
Never mind that he was her boss. Melynda Morgan was sharp, sassy,
sexy as hell.

Melynda was only twenty-two
years old, and he knew she was still in Spell School, the most
prestigious school for magick. She was in her final year, and she
attended classes during the weekends, and had enrolled in some of
their night classes. She was a very busy witch. She had her plate
full, and yet she had the time and energy to go on countless dates.

Melynda dated extensively, but
she wasn't the flirty sort.

Dax had seen some of the
secretaries and young female lawyers flirting outrageously with
Matthew and Ian. He could hear their coquettish laughter and their
not so subtle propositions. But Melynda had always kept her head
down and just concentrated on her work. She was friendly and
approachable, and she always had time for a joke and a quick cup of
coffee with the rest of the girls, but she never flirted with any of
the males in the office.

And she wasn't seeing anyone
exclusively. She was always dating a different guy.

So what's the deal?

What was she after?

Even after nine months, he was
no closer to solving the mystery that was Melynda Morgan.

Well, he could if he got close
enough to her.

But you had to establish a
certain level of trust before you could get closer to someone.

And Dax didn't trust anyone.
Least of all, himself.

Dax wasn't just a wolf
shifter. He was a Silver Wolf.

Silver Wolves were the most
powerful species of werewolves. They were bigger, stronger, faster,
more ferocious and deadly than the other wolves. Because Silver
Wolves drew their immense power from the moon, the moon held sway
over their wolves. They would shift involuntarily into their wolf
form every full moon, unlike other shifters who could control their
shifts. Just as the moon held immense power over these Silver
Wolves, calling their beasts to the fore every full moon, these
wolves could channel the raw, magickal power of the moon through
their minds and bodies.

A few hours before the full
moon, Dax would drive far out of the city, so that he could release
his wolf in the wild. He had to give his wolf space to run, and
hunt, and try to work his wolf to exhaustion. His body would be all
charged up, infused with the power of the full moon. If he didn't
try to exhaust all this power and strength, he would be a danger to
everyone.

A Silver Wolf usually only
rose to the fore during the full moon. Dax could call upon the power
of his beast and unsheathe his claws and fangs while in human form,
but his wolf would remain dormant. Only the full moon could awaken
his wolf.

The full moon and a certain
sassy redhead.

Melynda had awakened his wolf.

The moment she walked into his
office to be interviewed for the secretarial position, Dax had felt
his wolf stir.

His wolf had awakened—to
her.

There was no mistaking what
his wolf wanted. The wolf wanted her, hungered for her. Having
waited for her for so long, the wolf saw no reason to wait any
longer. It wanted her, now!

Melynda had been working for
him for close to nine months now, and his wolf was becoming more
insistent and more vocal in expressing its needs. His wolf wanted
Melynda. So did his body.

When she first reported for
work, Dax had to endure a raging hard on for the whole week.

Sporting an agonizing erection
during client meetings and courts attendances was a major
inconvenience, to say the least. It was distracting and tormenting.
His thoughts and speech were less than coherent, and images of his
secretary lying naked and panting beneath him kept flashing through
his mind at critical junctures when he should be paying closer
attention to what the client and the judge were saying.

The situation hadn't gotten
any better.

In fact, it had gotten a lot
worse.

Staring at the pink lipstick
stain on Melynda's coffee cup, Dax let out a low growl.

Dax pinched the bridge of his
nose. His secretary's lips shouldn't be on his mind. He shouldn't
be thinking of kissing and tasting those sweet, plump lips, shouldn't
be picturing those lips parting and panting his name...

He had to get himself and his
wolf under control. But that was easier said than done. His wolf
was no young pup. It was over a century old, and it wasn't a
playful, romantic young thing. It was a snarling, angry predator,
intent on getting what it wanted. And not caring if anyone got hurt.
The wolf would destroy the man to get what it wanted.

When the full moon triggered
his shift, the wolf would take over completely.

There was no controlling or
denying the beast.

There was no protecting
her
,
from himself.

Melynda approached her desk
quietly, clutching a tube of lip gloss in her hand. She had just
gone to the washroom to freshen up. She had a date later tonight.
She wasn't exactly looking forward to it. It was just something she
had to do.

Who was it who said you had to
kiss a hundred frogs to find your Prince Charming?

Melynda wrinkled her nose.
She was looking for something, but it sure wasn't Prince Charming.

She twisted the scrunchie in
her hand nervously. Dax was staring at her like...he wanted to eat
her. She saw his gray eyes trail down her face to her freshly
painted lips.

“
Where are you going?”
he growled.

Dax glared at her glistening,
hot pink lips. “You're going out,” he grated.

“
A date.” As he
breathed those two words, she glimpsed his claws slicing out.

Her eyes narrowed and
hardened. What a bully he was. Dax Ferro really was a boss from
hell.

“
Yeah. Is that against
company policy, Dax? To go on a date—after office hours?”
she challenged.

There was a moment of complete
silence. Neither of them said a word as they stared at each other.
His eyes flashed silver for an instant. And in that instant, she saw
something in his eyes.

He blinked and his eyes became
flat and gray once more.

“
I want you to finish
typing the agreement for the Gomez Group, as well as type up the
notes of my meeting with Mr Seetoh tonight.”

Weekend by Jane Eaton Hamilton
Crystal Coffin by Anita Bell
A Father's Affair by Karel van Loon
Break Away (The Moore Brothers Book 4) by Brooks, Abby
The First Book of the Pure by Don Dewey
03 - Sagittarius is Bleeding by Peter David - (ebook by Undead)
Wide Spaces (A Wide Awake Novella, Book 2) by Crane, Shelly, The 12 NAs of Christmas
Complete Works by Plato, Cooper, John M., Hutchinson, D. S.
The Betrayed (Krewe of Hunters) by Heather Graham
The School of Flirting by S. B. Sheeran
Our partner