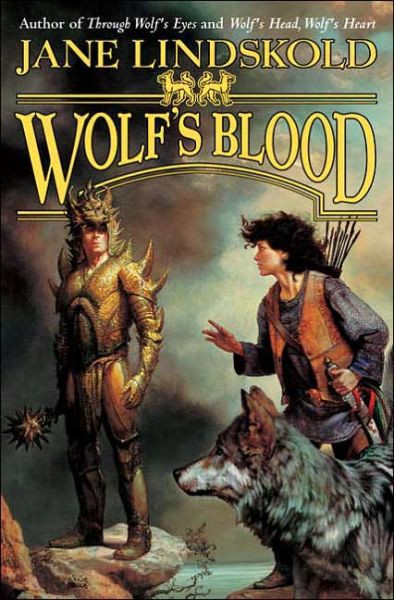 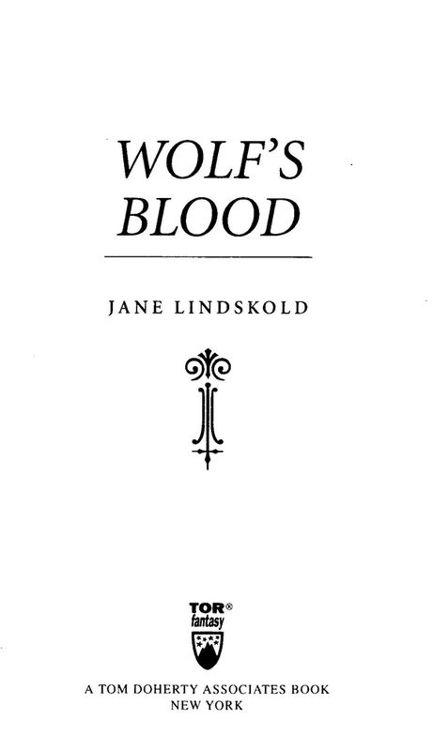 Firekeeper, the wolves and I have had a good run, and for us all. I’d like to thank those who cleared the trail along the way.

My husband, Jim Moore, serves as my sounding board while the book is being written. as my first reader when I have a manuscript and as a patient soul thoughout the project. He also draws my maps—a challeru in and of itself

My agent, Kay McCauley, has run with my enthusiasms and kept me going when I faltered.

The folks at Tor have been invaluable, especially my editors, Teresa and Patrick Nielsen Hayden and my publisher, Tom Doherty.

Julie Bell’s artwork has given the book covers a distinctive look. and lured many people who don’t usually read fantasy into Firekeeper’s world.

The wild canine people, including the staff or Wild Spirit Wolf Sanctuary, Ellie and Roger Daisley, and Phyllis White. have been of great help supplying facts, permitting contact with various animals, and even letting a wolf pup pee in my lap!

Finally. I’d like to acknowledge the many readers who have contacted me, whether at signings and conventions or through the mail. You have my deepest thanks for taking the time to share your enthusiasm for Fueleeper’s story. You know who you are! Thanks!

FIREKEEPER STOOD, FEET planted slightly apart, head held high, and looked from her past into her future.

She was a woman of indeterminate age, certainly no longer a child, but beyond that certain estimation placing her age would have been a challenge. Life lived in all the tempers changing seasons could hold had browned fair skin and faded brown hair. but her eyes were bright, her teeth white and strong.

Her attire showed hard use. She was clad in worn leather trousers laced below the knee, and a battered cotton shirt that might once have been dyed pale green. Her feet were bare. A long hunting knife from whose hilt a garnet shone a muted dark red was belted at her waist. A bow was slung over her shoulder. along with a quiver containing a handful of arrows.

Dozens of scars, silvery white against the tanned skin, again testified to a hard life. yet there was a quickness to Firekeeper’s motions, a fluidity and power that spoke of youth and youth’s vigor. This contrasted vividly with something in her dark, dark eyes. something that hinted at challenges and sorrows young bones and muscles should not have known, but that had scarred as deeply as any tooth or claw.

“Blind Seer, how many years have gone by since you and I crossed the Iron Mountains into the east?”

Firekeeper spoke a language most humans would not have even realized was being spoken, much less understood, and the one to whom she spoke was no human but rather a grey wolf the size of a small pony, albeit much leaner in build. Blind Seer did not look at Firekeeper when she spoke, his piercingly blue eyes focused, as were her own, on some middle distance.

“Six springs into spring again,” came the wolf’s reply. “Six rounding of does’ sides and budding of new antlers on proud bucks, six springs where fat puppies stumbled from the dens in which their mothers had hidden them to face the proud inspection of their packs. Six, if you count this spring, and this I do most sincerely.”

Firekeeper huffed agreement through her nose, a movement of air that spoke volumes to the wolf.

“Is it spring, then, that makes me restless?”

“Don’t blame spring, sweet Firekeeper. Spring has done nothing but be spring. You know who is to blame, who has been whispering in your ear. I have heard what you say in your dreams, and although you have not told me, I know who has returned to haunt you.”

“I have always had nightmares,” Firekeeper replied, not quite admitting to the truth of the wolf’s statement.

“Always,” Blind Seer agreed. “As long as I have known you, as long as any of my pack have known you—and we took you in and made you our own when you were but a small child—as long ago as that and maybe before, you have had nightmares, but this is something different, and you know it and I know it. Will you deny what is as plain as sunlight on a cloudless day?”

Firekeeper sighed and buried her hand in the thick fur of Blind Seer’s scruff. “I cannot, nor will I, at least not to you. Three nights running and three more before that, the Meddler has come into my dreams. He talks most seriously, and the matters he raises are grave and seem to make sense, but I fear to be guided by him.”

“The Meddler earned that name for a reason, dear heart,” the wolf said in a rumbling growl. “He also earned the ill reputation that goes with that name. as we know all too well. His meddling has caused considerable trouble. not just for us, although we have seen our share, but—if we are to believe the tales Harjeedian tells—for generations so long past that even their bones have returned to the soil.”

Firekeeper nodded agreement that held the faintest trace of reluctance. The wolf tilted hack his head to gaze upon her face.

“Will you tell me what the Meddler has said when he comes into your dreams?”

Firekeeper hesitated, knowing her delay was a trifle longer than would be polite. Had she been speaking with a human, her delay might have been taken as weighing the wisdom of speaking seriously about dreams. However, the wolf—who knew her mood from her scent—was not to be so easily fooled. She felt her skin heat with a blush.

In response to that blush. Firekeeper was aware of the rumble of Blind Seer’s growl, inaudible to her ears but felt through her fingertips. Blind Seer had heard the sweet edge of the Meddler’s tongue, and he knew the Meddler had an intense interest in Firekeeper. This interest might have flattered Blind Seer, for wolves are not immune to more highly prizing that which another desires, but the bond between Firekeeper and Blind Seer was sufficiently unique that the wolf was threatened rather than flattered.

But while Firekeeper did not precisely return the Meddler’s interest, still she experienced her own peculiar fascination with him. The fascination was not—or so she told herself—that which a female feels for a mate. How could it be? The Meddler was not even alive. His body had been slain centuries before Firekeeper had been born, but his spirit, entrapped in a prison constructed for that purpose, had persisted.

Firekeeper told herself that she was interested in the Meddler because he possessed knowledge that no one else did. But Blind Seer read her scent—so much more honest than her thoughts—and was threatened by a potential rival.

“I will tell you,” Firekeeper said at last. “but dreams are strange, and sometimes I have trouble recalling their logic.”

“Some trouble,” Blind Seer agreed, “but not too much trouble, else you would not be so restless. Tell what you can. I will listen.”

Firekeeper sat next to the wolf, flinging her arm over his shoulders. He, in turn, settled onto his haunches. Blind Seer was large enough that in this attitude Firekeeper’s head now leaned against his own. She sat this way for several long breaths, taking comfort from their proximity.

“The Meddler says,” she began, the words tumbling out like water spilling over a beaver’s dam, “at great length, supporting his case with many cogent arguments, that I must seek the source of the Fire Plague.”

“Not just the source,” Firekeeper amended. “The source and, with the source, the cure.”

“Why does the Meddler care?” Blind Seer said. “If anyone is immune to the Fire Plague, it is he. Nor did he take particular care to warn us of the Fire Plague when we crossed to where we would be vulnerable to it. Why should he care now?”

“I asked the Meddler why he didn’t warn us,” Firekeeper said, glad to prove that she did not listen to the Meddler with unquestioning obedience. “He claims that he did not know the Fire Plague still lived in the Old World. He says that such things fade and die. Over a hundred years have passed since the Fire Plague first appeared—and he was already entrapped then, and so only knew of it in the abstract. The Meddler claims he did not know for certain where the Setting Sun gateway would take us. Nor did he worry unduly that it might take us to the Old World. He thought the Fire Plague likely dead or aged beyond ability to harm us. Remember, he knew nothing of how the Old World had fared since his imprisonment. He had difficulty enough contacting the New.”

Ghost Soldier by Elaine Marie Alphin
His Wicked Celtic Kiss by Karyn Gerrard
To Sail Beyond the Sunset by Robert A Heinlein
Evergreen (Mer Tales, Book 2) by Pandos, Brenda
Surrender by Lee Nichols
The Magician’s Land by Lev Grossman
People of the Dark by Robert E. Howard
Lemonade Sky by Jean Ure
Dance With Me, Baby: A Yeah, Baby Novella by Fiona Davenport
For Better or Worse by Delaney Diamond
Our partner