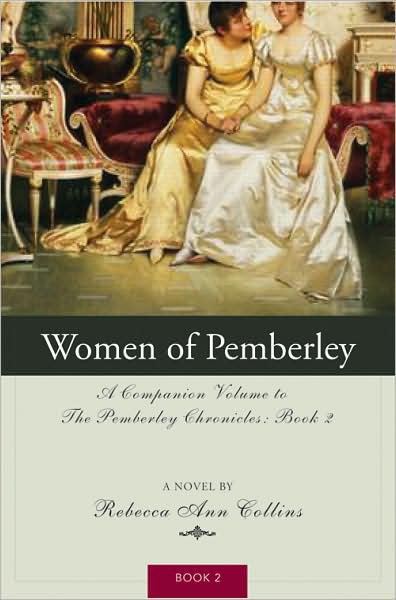 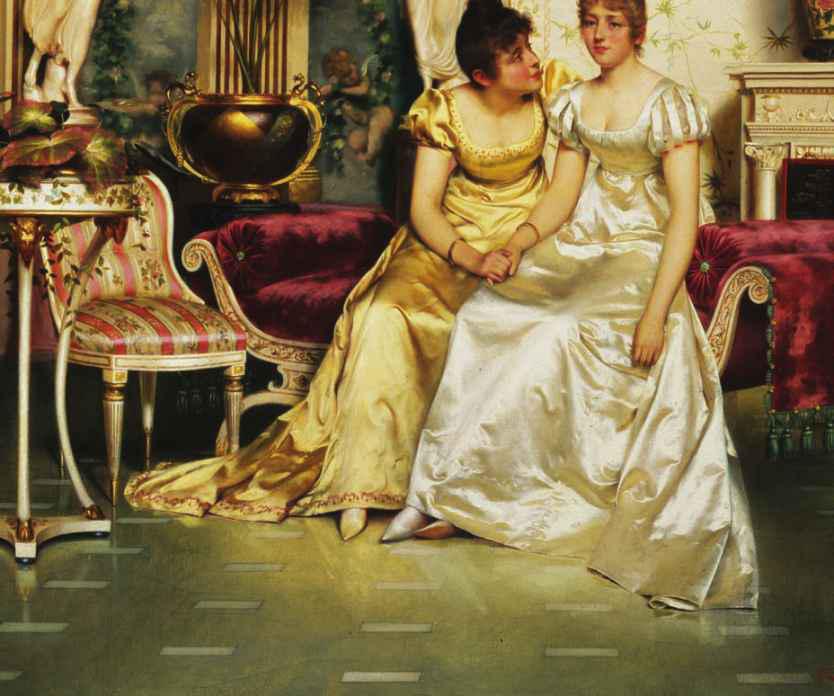 All rights reserved. No part of this book may be reproduced in any form or by any electronic or mechanical means including information storage and retrieval systems--except in the case of brief quotations embodied in critical articles or reviews--without permission in writing from its publisher, Sourcebooks, Inc.

The author wishes to acknowledge her debt to Jane Austen--the creator of the original Pemberley characters--and dedicates this work to her memory. Thanks also to Ms Claudia Taylor, librarian, for assistance with research, Ms Marissa O'Donnell for advice with the cover design, Ben and Robert for help with editing the material on her computer, and Ms Beverley Farrow for her patience with preparing and printing the text. 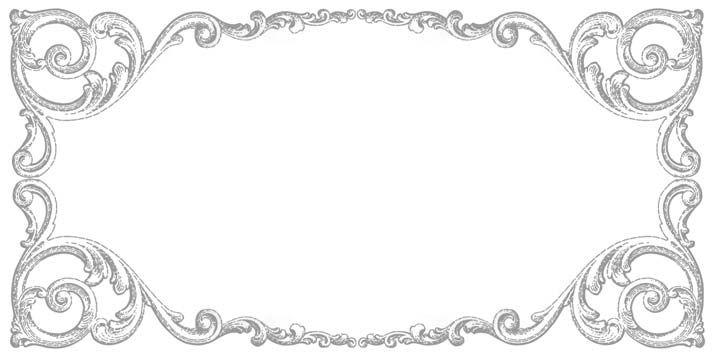 LIZABETH WAS HAPPY TO
be going home to Pemberley. The Summer of 1847 was almost over. It had been a particularly pleasant Summer, spent only in the company of those she loved most. A month or more had been taken up with travelling in the Cotswolds

with Jane and Charles Bingley and their two younger daughters, Louisa and Sophie, followed by several weeks at Woodlands--the farm in Sussex-- where they had been joined by her Aunt and Uncle Gardiner.

The farm, which Darcy had purchased for her, had become an absorbing hobby. She had come to cherish it as her own little corner of England--"a veritable paradise," as she had once described it to her sister Jane. Happily situated on the Albury Downs, its proximity to the town of Guildford, where Darcy and Mr Gardiner had established business contacts, was an added advantage.

With the help of a small, handpicked group of staff from Pemberley and the tenant farmers, who worked a part of the land, Elizabeth had transformed the grounds and refurbished the interior of the house. Informal elegance and comfort were now its most striking features.

The family and their closest friends, who were the only visitors she would ask to Woodlands, enjoyed the delightful intimacy that it afforded them and many happy weeks were spent there. Both Darcy and Elizabeth had already acknowledged that it had made a significant difference to their lives, left desolate after the death of their son William.

"I am very glad I let you persuade me that we needed Woodlands," Elizabeth said, as they took a last look before leaving, recalling her first reaction to his suggestion that he should purchase the farm.

"Indeed," her husband replied, "so am I. Judging only by the pleasure it has brought us, it must be one of the best investments I have ever made. Do you not agree, my love?"

"I certainly do and thank you very much for it," she replied. They both understood how much the place meant to them. Julian, still reluctant to leave the horses in the meadow, was finally

persuaded to join them in the carriage, and they were soon on their way. It was to be a leisurely journey, breaking for the night at Banbury in Oxfordshire, but Elizabeth was keen to be back at home.

Returning to Pemberley after some time away was always a pleasure. This time there was a special occasion, too, for they were soon to celebrate the christening of their first granddaughter, Elizabeth Jane, along with Julian's eleventh birthday.
Arrangements for the celebration had been meticulously planned in advance and left in the capable hands of Jenny Grantham--their housekeeper--and her husband, who was Darcy's manager.
Pemberley had not hosted such a gathering for quite a while and Elizabeth was anxious, but Darcy had complete confidence in their staff. "I have no doubt at all that John Grantham and Jenny will manage very well indeed. You have no need to worry, my dear," he said, and Elizabeth had to agree.
"Indeed, I do not. I realise it is foolish of me to be so anxious when everything has been so carefully planned. Jenny wrote last week that Mrs Reynolds is quite determined to emerge from retirement for the occasion, so I know nothing could possibly go wrong."
The following morning, they left Banbury after breakfast and Julian, plainly keen to be home, was rather restless and kept hanging out of the window. As they turned into the park, however, he sat down and was as good as gold.
Familiarity had not dulled Elizabeth's appreciation of Pemberley. The old stonework burnished by the afternoon sun, the wooded hills clothed in

rust and gold, and the inviting soft green lawns aroused in her the same response of heightened excitement she had always felt as they approached the house.

Darcy helped her out--he understood and shared her feelings. Julian had already raced away in search of his dog.
Jenny Grantham came forward to welcome them. She had matured from the days when she had been Elizabeth's maid and was regarded by her mistress with both affection and respect. Her loyalty was without question.
"Welcome home, ma'am," she said, her face lighting up with genuine pleasure.
It was with a great deal of regret that she had agreed to relinquish her role as Elizabeth's personal maid and accept the honour of succeeding her aunt, Mrs Reynolds, as housekeeper of Pemberley. Young Susan, whom she had then trained with great care, held her in awe.
Still, Jenny jealously guarded her own privileged position--being always the first to greet her mistress, accompany her upstairs, and acquaint her with the latest news while she took a welcome cup of tea.
As Darcy had predicted, there were no problems--all arrangements were proceeding smoothly for the celebrations at the week's end. Jenny assured Elizabeth that it was all in hand. She had worried in vain.
Later, after the weary travellers had bathed and rested, she would return to discuss the details of the occasion with her mistress.
Much as she loved her little farm, Elizabeth was very happy to be home. Pemberley was very much the centre of her life.
Two letters lay on her writing desk, having arrived too late to be sent on to Woodlands. The first, from Charlotte Collins, brought news from Rosings, where Charlotte had been visiting her eldest daughter Catherine, who continued as companion to Lady Catherine de Bourgh and her daughter, Anne. What had appeared at first to be a matter of convenience for the de Bourghs had actually turned out to be quite advantageous for Miss Catherine Collins. Despite a seemingly impenetrable carapace of snobbery, Lady Catherine, it seemed, had taken a liking to young Miss Collins--her goddaughter--who was treated more as a member of her family than a paid employee and benefited considerably from being within the social circle at Rosings.

xiii
Charlotte's letter served to confirm this.
My dear Eliza
, she wrote:
You may be surprised to receive a letter from me, since we are to see you very soon at Pemberley.

I had thought to leave the news I have to give you until we met, but Catherine, ever conscious of the niceties of etiquette, was adamant that I should write advising you that she is engaged to Mr Harrison, the parson at Hunsford.

Elizabeth had only met Mr Harrison once at Rosings and, while he had seemed pleasant and tolerably well spoken, he had not impressed her with his rather prosaic sermon in church. She agreed with Darcy that he was an improvement on Mr Collins. At the very least, Mr Harrison seemed able to conduct himself in society without appearing ridiculous, and that was a singular advantage. And, as Elizabeth said later to her sister Jane, Catherine was almost thirty years old and seemed unlikely to receive a better offer.