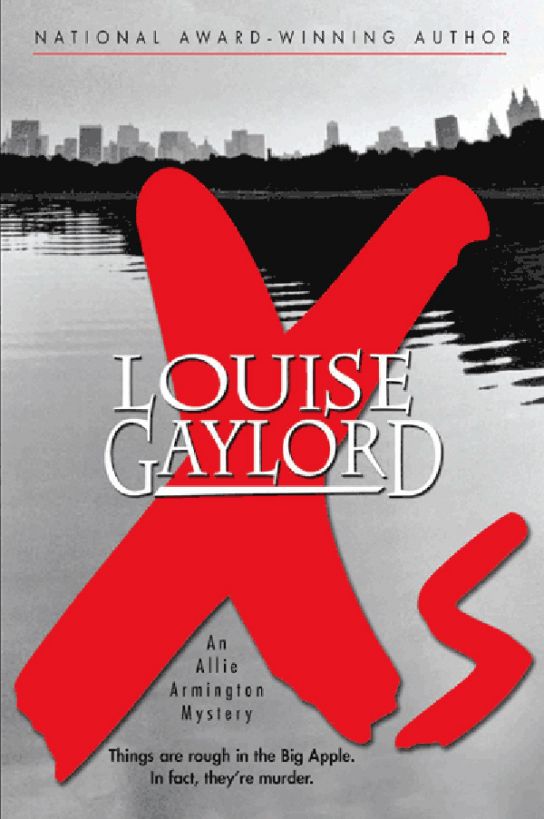 This is a work of fiction. Names, characters, places
and incidents either are the product of the author’s imagination or
are used fictitiously, and any resemblance to actual persons,
living or dead, business establishments, events or locales is
entirely coincidental.

No part of this book may be used or reproduced in any
manner, whatsoever, without written permission except in the case
of brief quotations embodied in articles or reviews. For
information, address Cedar Vista Books, 269 South Beverly Drive,
Suite #1065, Beverly Hills, CA 90212. 866-234-0626

This ebook is licensed for your personal enjoyment
only. This ebook may not be re-sold or given away to other people.
If you would like to share this book with another person, please
purchase an additional copy for each person you share it with. If
you're reading this book and did not purchase it, or it was not
purchased for your use only, then you should return to
Smashwords.com and purchase your own copy. Thank you for respecting
the hard work of this author.

The Library of Congress CIP

in loving memory of

“ALLIE? IT’S ME.” My sister Angela’s muffled slur
slides across the miles that separate us.

A familiar tingle surfs the nape of my neck. The
same tingle I used to get whenever Angela got into trouble and
begged me to bail her out.

Silence. Something’s definitely wrong. Drink? Drugs?
“Angela? Are you there? Don’t do this. Talk to me!”

Her sigh sounds like a prolonged death rattle, then
she manages a croaky, “I—I need to borrow money—a lot—twenty
thousand—today. Can you make a wire transfer?”

I choke. That will just about drain my hard-earned
savings. “Where are you?”

When I say nothing, her desperation crowds through.
“I need money! I need it now!”

“Is someone making you do this? If you say yes, I’ll
call the police.”

“Just—get me the money. The account number is—” Her
voice fades away, then she recites a long string of numbers. Too
long for me to remember.

“Hold on. I need a piece of paper. Found one. Now,
repeat the numbers very slowly.”

She does as I ask, then whispers, “Hurry.”

The relief in her voice is no relief to me.

I call the bank, verify my savings balance and give
the transfer number of Angela’s bank in New York.

Why don’t I feel better? Why hasn’t that awful
tingle disappeared? If Angela needs to borrow money from me, what
has she done with her pile? Over the last seven years, she’s made
major bucks as a supermodel in New York. By now she should be worth
close to a million.

A few years before, I resigned as Assistant District
Attorney with Harris County to take a job with Perkins, Travis, PC,
Attorneys-at-Law. Perkins, Travis, a boutique law firm dealing in
real estate holdings, has afforded me a comfortable lifestyle, but
I consider my earnings paltry compared to my sister’s.

It’s now almost five. My temples are throbbing from
what I’m sure is life-threatening high blood pressure. I’ve been
calling Angela’s number since three. Now, when I get her chirpy,
“You know what to do, so do it,” I hang up.

Where are you, Angela? Did you get the money in
time? My stomach knots with each question.

As if in response, the phone rings and I grab it.
“Angela?”

“It’s Duncan. There’s a new French flick at the
Greenway. Starts at seven-oh-five. We’ll grab a bite after.”

Duncan Bruce is my ex-fiancé who lives three floors
above me. Though it’s been over a year since I returned his ring,
we still see each other now and then—mostly movies and Dutch-treat
dinners.

It doesn’t take me long to say yes. Phoning Angela
every fifteen minutes is pointless and frustrating.

I manage to make it through the Houston five o’clock
traffic jams in record time and I’m just reaching for the “up”
button when the elevator door slides open.

Duncan Bruce stands there, arms akimbo. If he were
wearing a kilt he would be a walking ad for Scottish tourism. His
cropped black hair echoes the jet of his eyes and bears that blue
cast of the Celtic clans.

He stabs at his watch. “I’m counting.”

Once in my apartment, I cross the living room to the
answering machine. Nothing.

No time to freshen my makeup or to floss, so I swig
some mouthwash, grab my purse and beat it for the elevator.

It’s a great movie, and by the time we walk through
the steam bath of the underground garage to his car, Duncan is over
his pique.

He turns the key and his Porsche purrs to life. “How
about Chinese or Thai?”

“That’s a switch. You’re usually Miss
I’ll-Be-The-One-To-Decide.” Duncan studies me for a few seconds.
“Want to tell me what’s bothering you?”

I launch into the bizarre call from Angela, her
request for the twenty grand and the fact that I haven’t heard from
her all day.

His face fills with concern. “Seems like this isn’t
the evening for eating out. How about my place?” He gives me a
triumphant look. “I hit the jackpot. A fantastic Pinot Noir for
only eight forty-nine at Spectrum. Case price. I bought everything
in stock. Wait until you taste it.”

Duncan is a great cook and has an exceptional talent
for finding fabulous vintages at bargain prices, but I remember the
drill so well: a little wine, a little food, a little kiss—a little
sex.

His smile dies when I say, “Another time, okay? I’m
really worried about Angela.”

To my surprise, Duncan leans across the console to
meet my lips, then lurches away as if he were stung. “Sorry about
that.”

He guns the motor, jams the car into reverse and
doesn’t say a word the whole way home.

Ever the gentleman, Duncan sees me to my door and
apologizes for his temper tantrum. But when he leans forward to
plant a kiss, I let it land on my cheek and murmur, “Guess I better
try Angela again.”

My apartment is freezing. I notch the thermostat up
a few degrees and punch the speed-dial.

My spirits rise when the receiver lifts but quickly
fall when I realize I’ve pressed the wrong button and dialed
Carolina Montoya, Angela’s roommate. Through blaring salsa I can
barely make out, “Bueno?”

“Hi, Caro. It’s Allie. I’ve been trying to reach
Angela all day. Do you know if she’s there?”

“But, Caro, she phoned me this morning, told me she
was in the city and would be waiting for my call. Do you know
anything about it?”

“Sorry, Chica, can’t help you.” Then I hear her
gasp, “More, more,” and realize she’s occupied on another
level.

“Okay, then. I guess I’ll just have to wait. Sorry
to bother you.” “No problema.”

The salsa ratchets up another notch or two and the
last words I hear before the connection breaks are, “Don’t stop, mi
amor, that feels so good.”

As I place the receiver back in its cradle, I can’t
help but think about my sister’s roommate. Over the past couple of
years, Carolina Montoya and I have knocked back more than a few
glasses of wine and shared some pretty personal confidences.

Not only that, she once helped me out of a very
sticky Manhattan real estate situation. Houston clients had found
the property and I was handling their side. We were near closing
when everything started to go south. I was stuck in court
litigating and couldn’t leave and asked Carolina if she would make
personal contact with the seller. Let’s face it—a gorgeous woman
has a distinct advantage when it comes to men. She went to the
address I gave her. Empty. It was a dummy corporation. We rescinded
our offer. Bottom line: Caro’s little excursion saved my clients
close to two million and me my job.

Though she comes from a wealthy Madrid family and on
first glance bears the haughty mien of old European money, you
forget all about who Caro is, and where she comes from, the minute
she opens her mouth.

Everything is “freeging fantastico.” Everybody is
“freeging fabuloso.” She loves to tell jokes but never gets the
endings right. In short, she’s a hoot.

If I had to describe her I would say she reminds me
of a panther. Though she’s somewhat shorter than Angela, her body
can wiggle like an eel, or wave like chiffon in the wind.

Her jet-black hair and large almond-shaped eyes the
color of midnight set off high cheekbones. And her mouth, one of
the most sensuous I’ve ever seen, is generally set in perpetual
upturn.

But lately Angela’s been complaining. There’s a new
man in Caro’s life. Someone Angela doesn’t seem to care for. I
shove that thought aside and head for my bed.

After a fitful sleep punctuated by dreams of
Angela’s frantic calls, I have just settled behind my desk when my
phone rings and Angela says, “It’s me.”

“Damn it, why didn’t you call me back yesterday? I
jumped every time it rang.”

“Lay off, will you? The place is a friggin’ mess.
That damn Caro. I’ve had it with her.”

“Did she tell you I called?”

“No. I haven’t laid eyes on her in weeks, but if I
ever get my hands on her, I just might—”

Since I have nothing on my agenda I hang up and head
toward the managing partner’s office. When I explain Angela’s
predicament and point out the pathetic number of recent real estate
deals with none on the horizon, Will Travis suggests I take an “of
counsel” position. That way I can retain those elusive health
insurance benefits—as long as I make the payments.

After a friendly handshake, I do what I’ve done
since the day I became the “older” sister. I pack my Beretta Tomcat
.32, a gift from Dad when I joined the DA’s office, and dive into
my sister’s life without giving my actions a second thought.

IT’S WELL PAST TWO when I struggle my roll-on up the
twelve stone steps to the double doors of the townhouse on
Ninety-Fifth between Third and Lex that Angela bought during the
last soft real estate market.

Though not one of the poshest addresses on the Upper
East Side, it offers spacious formal living and dining rooms with
fourteen-foot ceilings, a small kitchen and maid’s quarters. But
the pièces de résistance are two bedroom suites, each on a separate
floor.

Angela took the top floor for herself and though her
suite was almost half again as large as the one on the floor below,
Caro was delighted to cough up half the monthly payments.

Angela said the outer doors would be unlocked. I
push one side into a good-sized vestibule with black and white
marble floors. Two half-moon tables bearing Chinese Export vases
flank the entrance to the living room.