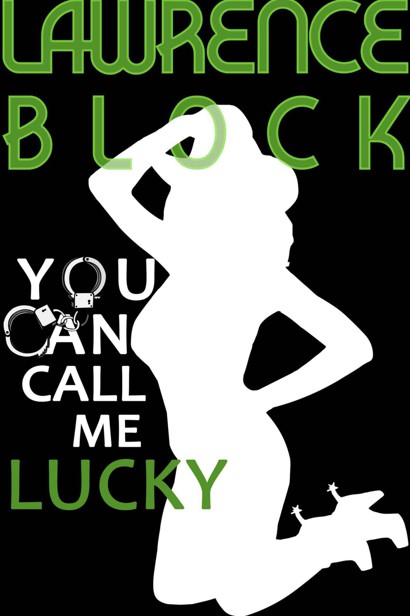 H
e was wearing a Western-style shirt, scarlet and black with a lot of gold piping, and one of those bolo string ties, and he should have topped things off with a broad-brimmed Stetson, but that would have hidden his hair. And it was the hair that had drawn her in the first place. It was a rich chestnut with red highlights, and so perfect she’d thought it was a wig. Up close, though, you could see that it was homegrown and not store bought, and it looked the way it did because he’d had one of those $400 haircuts that cost John Edwards the Iowa primary. This barber had worked hard to produce a haircut that appeared natural and effortless, so much so that it wound up looking like a wig.

He was waiting his turn at the craps table, betting against the shooter, and winning steadily as the dice stayed cold, with one shooter after another rolling craps a few times, then finally getting a point and promptly sevening out.

She didn’t know dice, didn’t care about gambling. Something about this man had drawn her, something about the wig that was not a wig, and she stood beside him and breathed in his aftershave—an inviting lemon-and-leather scent, a little too insistent but nice all the same. The string tie, she saw, had a Navaho slide, a thunderbird accented in turquoise.

Here in Michigan, the slide and its owner were a long way from home.

And the dice passed to the man with the great haircut.

He cradled them in his palm, held them in front of her face. Without looking at her he said, “Warm these up, sweet thing.”

He’d given no indication that he was even aware of her presence, but she wasn’t surprised. Men generally noticed her.

She took hold of his wrist, leaned forward, blew warm breath on the dice.

“Now that’s just what was needed,” he said, and dropped a black chip on the table, then gave the dice a shake and rolled an eleven. A natural, a winner, and that doubled his stake and he let it ride and rolled two sevens before he caught a point, an eight.

Now it became hard for her to follow, because she didn’t know the game, and he was pushing his luck, betting numbers, scattering chips here and there, and rolling one combination after another that managed to be neither an eight nor a seven. He made the point, eventually, and the one after that, and by the time he finally sevened out he’d won thousands of dollars.

“And that’s that,” he said, stepping away from the table, turning to take his first good long look at her. He wasn’t shy about letting his eyes travel the length of her body, then return to her face. “When you get lucky,” he said, “you got to ride it and push your luck. That’s half of it, and the other half is knowing when to stop.”

“For now. You stay at the table long enough, you’re sure to give it all back. Luck goes one way and then it goes the other, like a pendulum swinging, and the house has always got more money than you do and it can afford to wait you out. Any casino’ll break you in the long run, even a pissant low-rent Injun casino way the hell up in the Upper Peninsula.” He grinned. “But in the long run we’re all dead, so the hell with the long run. In the short run a person can get lucky and do himself some good, and it might never have happened if you didn’t come along and blow on my dice. You’re my lucky charm, sweet thing.”

“It was exciting,” she said. “I don’t really know anything about dice—”

“—but once you started rolling everything happened so fast, and everybody got excited about it—”

“Because the ones who followed my play got to win along with me.”

“And now,” he said, “I suppose it’s passed, and you’re not excited anymore.”

She allowed herself a smile.

“C’mon,” he said. “Why don’t we sit down and have ourselves some firewater.”

They took a table in a darkened corner of the lounge, and a dark-skinned girl with braids brought their drinks. He’d ordered a Dirty Martini, and she’d followed his lead.

“Olive juice,” he explained. “Gives a little salty taste to the vodka. But I have to say what I like most about it is just saying the name of it. ‘A Dirty Martini, please. Straight up.’ Don’t you like the sound of it?”

“Did you ever tell me your name? Because I can’t remember it.”

“It says Lucky on my driver’s license,” she said. “On my birth certificate it says Lucretia, but my parents didn’t realize they’d opened the door for a lifetime of Lucretia Borgia jokes.”

“You can’t, because you don’t know the whole story. Lucretia is bad enough, but when you attach it to Eagle Feather it becomes really awful, and—”

“Used to be. I chopped the Lucretia and dropped the Feather and went in front of a judge to make it legal. Lucky Eagle’s what I wound up with, and it’s still pretty dopey.”

God, he was quick on the uptake, wasn’t he? You just couldn’t keep anything from this dude.

“My father’s half Chippewa,” she improvised, “and my mother’s part Apache and part Blackfoot, and some Swedish and Irish and I don’t know what else. I worked it all out one time, and I’m one-third Indian.”

“Lucky Eagle Feather,” he said. She liked that he was willing to skip the Lucretia part, but still wanted to hold on to that Feather. Made her a little bit more exotic, that’s how she figured it. A little more Indian. And hadn’t he just finished screwing a bunch of Indians out of a few thousand dollars? So why not screw a genuine Indian for dessert?

His name, she learned, was Hank Walker. Short for Henry, but he’d been Hank since childhood. Seemed to suit him better, he told her, but it still said Henry on his driver’s license. And he’d been born in New Jersey, the southern part of the state, near Philadelphia, but he’d moved west as soon as he could, because that seemed to suit him better, too. He indicated the Western shirt, the string tie. “Sort of a uniform,” he said, and grinned.

“It suits you,” she agreed.

He lived in Nevada now, outside of Carson City. And right now he was driving across the country, seeking out casinos wherever he went.

“When I’m on a roll,” he said. “But these out-of-the-way places, I come here for the chips as much as the action.”

“You sure collected a batch at the crap table.”

What people collected, he explained, just as others collected coins and stamps, were the small-denomination chips the casinos issued, especially the one-dollar chips. At each casino he visited he’d buy twenty or thirty or fifty of the dollar chips, and they’d be added to his stock when he got back home. He had a collection of his own, of course, but he also had a business, selling chips to collectors at chip shows—who knew there were chip shows?—and on his website.

“Ever since the government decided the tribes have the right to run casinos,” he told her, “they’ve been popping up like mushrooms. And they come and they go, because not all of the tribes know a whole lot about running a gaming operation. You belong to the tribe that’s operating this place?”

“Well, nothing against them, and I hope they make a go of it, but there are a few things they’re doing wrong.” She half-listened while he took the casino’s inventory, took another sip of her Dirty Martini (which, all things considered, sounded better than it tasted), and breathed in his aftershave and an undertone of perspiration.

He finished his casino critique and reached across the table to put his hand on hers. “Now it seems to me we’ve got a decision to make. Do we have another round of drinks before we go to my room?”

For answer she picked up his hand, lowered her head and blew her warm breath into his palm. “For luck,” she said without looking up, and then her tongue darted out and she licked his palm. His sweat, she noticed, tasted not all that different from the Dirty Martini.

He had a nice body. Barrel-chested, with a little more of a gut than she might have preferred, and a lot of chest hair. No hair on his back, though, and she supposed he got it waxed at the same salon that provided his million-dollar haircuts.

Muscular arms, muscular shoulders, and that meant regular gym workouts, because he couldn’t have gotten those muscles simply by throwing his own weight around. An all-over tan, too, that probably came from a tanning bed. You could shake your head at the artifice, or you could go with the result—a fit, good-looking man in his late forties, who, it had to be said, was as impressive in the sack as he’d been at the crap table. And if he owed some of that to Viagra, well, so what? He got her hot and he got her off, and what more could a poor girl desire?