Read You Must Set Forth at Dawn Online

You Must Set Forth at Dawn 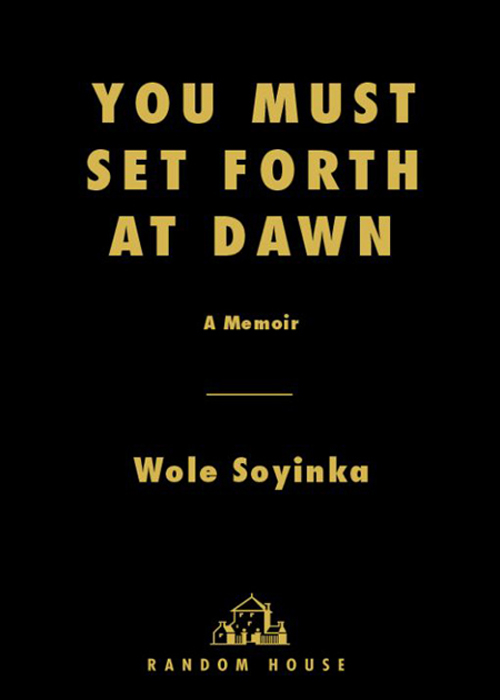 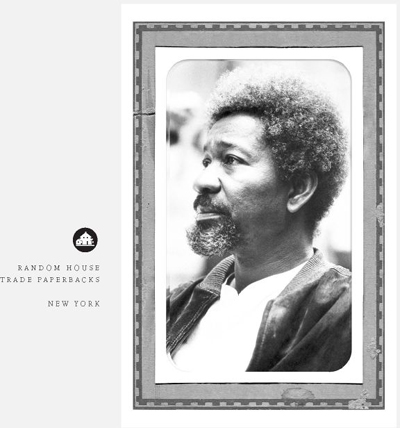 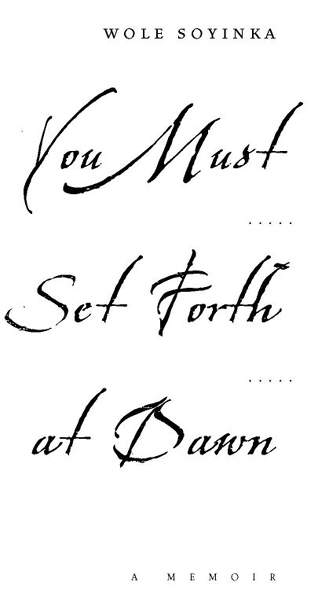 IBAâ For Those Who Went Before

Uncivil Wars: The Third Force and the Midwest Incursion

A Moment of Truth âand the Lies of History

The Conquest of Civilian Pride

PART III - Interlude to a Friendship

Interlude to a Friendship

PART IV - Dining with the Devilâand an Avatar

Dinner with an Avatar

From Ghetto to Garrison

How the News Came to Me

Thorns in the Crown

The Road to Exile

By the Waters of Babylon

Arms and the Man

Where the Earth Says Welcome!

To all the fallen in our common cause,
and to the surviving, scars and all, clamorous or hidden.

To all my stoically resigned children.

And to my wife, Adefolake, who, during the
season of a deadly dictatorship, demoted me
from the designation of Visiting Professor to that
of Visiting Spouse, but was still left with only an
Invisible Spouse as I was swallowed by
my study even during visiting hours.

Praise for
You Must Set Forth at Dawn

“[A] sprawling, delightful memoir... As a chronicle of modern Africa and its troubles from the continent's foremost literary giant,
You Must Set Forth at Dawn
triumphs.” â
The Washington Post

“
You Must Set Forth at Dawn
is more than just the journey of a remarkable and controversial man through the backdrop of the controversial country he loves so much. It is not merely an important book. This is a book that must exist.” â
San Francisco Chronicle

“The fine detail of [Soyinka's] oppositional activity, involving clandestine border crossings, strange bedfellows and secret diplomatic missions, is presented here for the first time. Adding it up, one wants to set him in the right company. Victor Hugo, Yeats, Byron and Alessandro Manzoni all come to mind.” â
The New York Times Book Review

“Wole Soyinka is a titan.... Playwright and poet, novelist and pamphleteer, editor and auto-biographer, cultural impresario and unofficial diplomat, democratic conspirator and ferocious, unappeasable warrior for justice, he has earned his Nobel Prize many times over.” â
The New York Review of Books

“Captivating . . .
You Must Set Forth at Dawn
is much more than a memoir. . . . Soyinka's most powerful weapon has always been the eloquence of his voice as a writer.... [Soyinka's art] will outlive both him and the regimes he opposed.” â
The Nation

“Profoundly rewarding . . . the synthesis of a wealth of ancient myths and traditions with the best of humanism and modernity, addressing the drama that is not only the author's life but Africa's contemporary reality.” â
WQ: The Wilson Quarterly

“Engrossing... His lyrical evocations of African landscapes, the urban nightmare of Lagos, the horrors of British cuisine and the longing a dusty fugitive feels for a cold beer will entertain and educate readers.” â
Publishers Weekly
(starred review)

“A must for anyone concerned with human rights and the global web of oil, poverty, and corruption.” â
Booklist 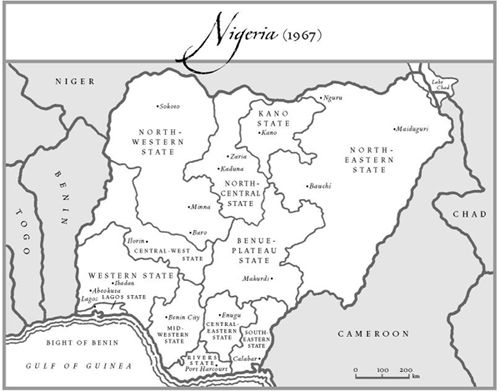 POLITICAL MILESTONES IN NIGERIA SINCE 1960 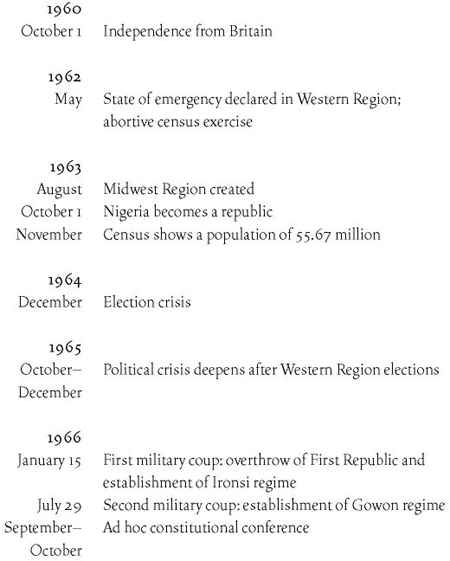 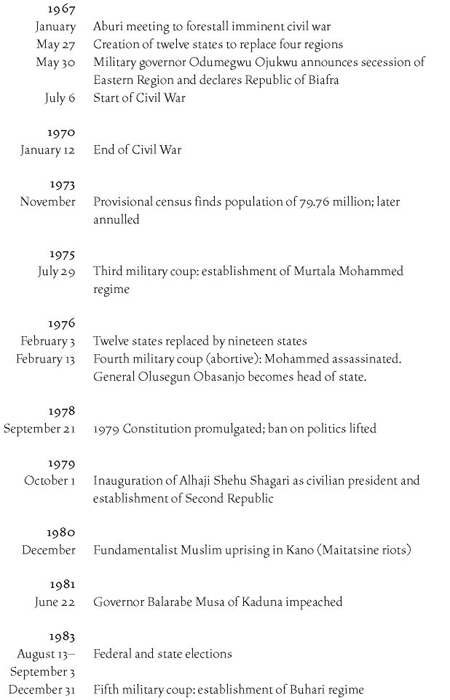 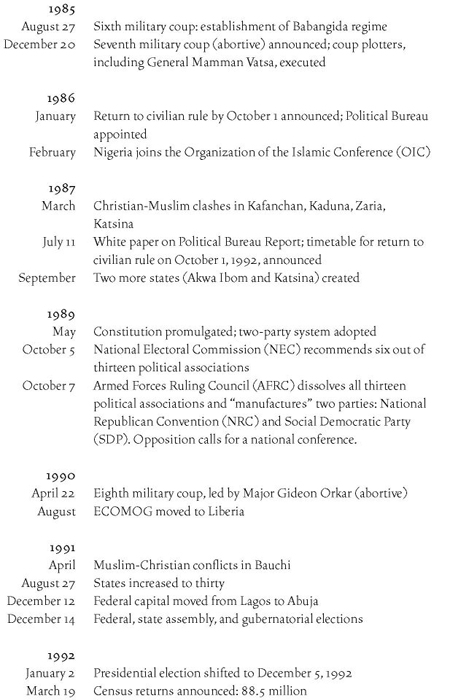 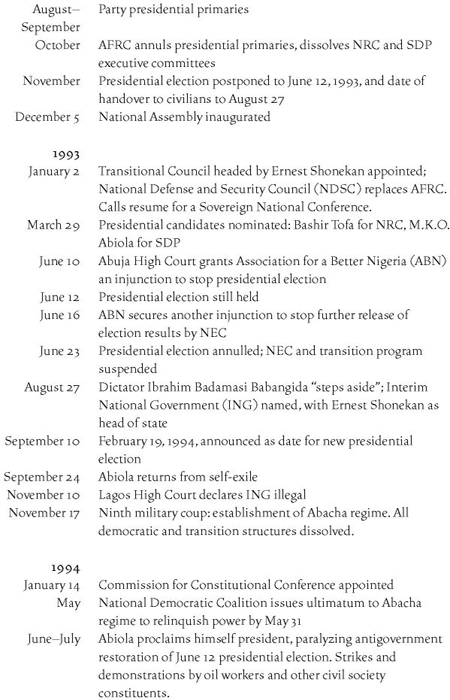 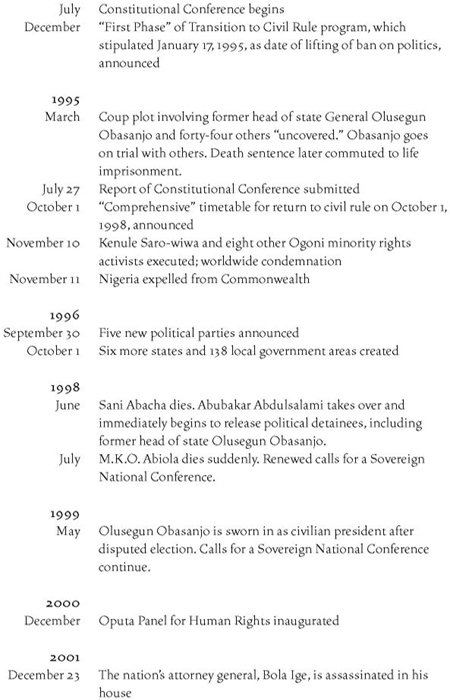 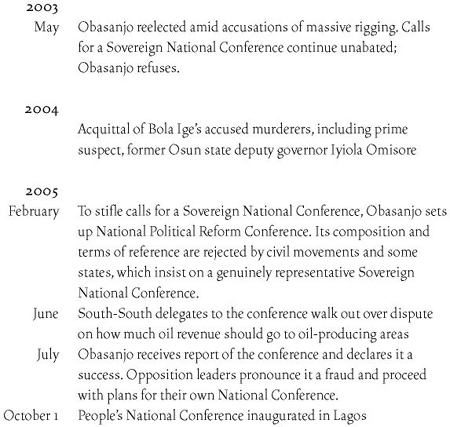