Read Yours, Mine, and Ours Online

Yours, Mine, and Ours

BOOK: Yours, Mine, and Ours
>>DOWNLOAD HERE >>READ ONLINE NOW
ads 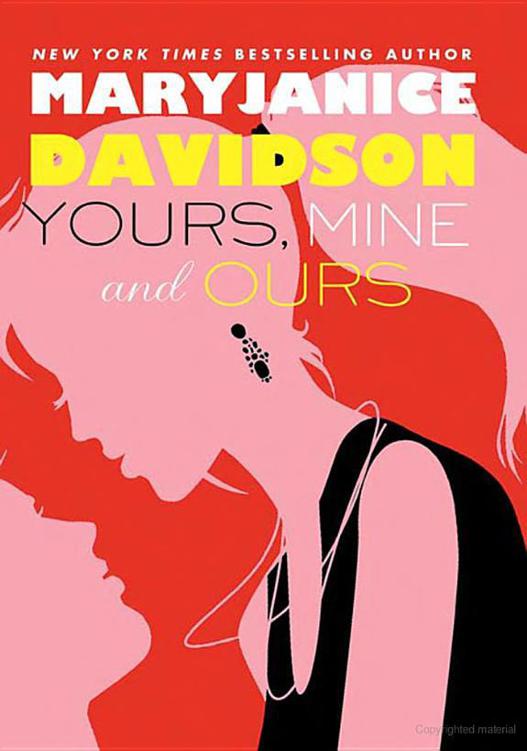 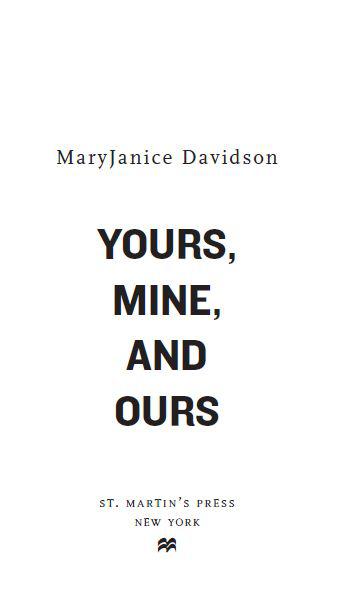 Dedications are always so boring unless you’re the author, or having sex with the author, or gave birth to the author, so I’ll speed this up: This book is for my husband, Anthony, who’s awesome, in bed and out.

(Yet Another) Author’s Note

“It’s time for us to call a truce. None of us likes this situation, but if we want to win out we need to unite against the greater enemy.”

—William Beardsley,
Yours, Mine, and Ours

“I don’t think that they had too much of a trial.”

—Lorraine Binnicker Bailey, at the murder trial of George Stinney

“Honey, there are a lot of things you’ve never seen me do before. That’s no sign I don’t do ’em.”

“He was like my idol, you know. He was very smart in school, very artistic … We had a good family. Small house, but there was a lot of love. It took my mother a long time to get over it. And maybe she never got over it.”

—Katherine Stinney Robinson, on the execution of George Stinney

“With every day, and from both sides of my intelligence, the moral and the intellectual, I thus drew steadily nearer to the truth, by whose partial discovery I have been doomed to such a dreadful shipwreck: that man is not truly one, but truly two.”

“You don’t get it, do you, Finch? You’re my job. You’re what I’m paid to do. You’re about as mysterious to me as a blocked toilet is to a fucking plumber. Reasons for doing what you did? Who gives a fuck?”

I blinked at the woman across from me. She was not pleased, not even a teeny tiny bit. Her hair, which was once probably a lovely brunette pageboy, now looked as though the woman had been combing it with a wire whisk. Her face was red and shiny. Her clothes were a mess—a run in her pantyhose, her blouse untucked, one shoe missing—and she was standing ankle-deep in a drift of snow. Her brown eyes were really, really starey.

“Well? What do you have to say for yourself?”

“I didn’t miss Christmas, right?” I asked. This wasn’t an idle question. The last thing I remembered was December, but hardly any snow—it had been a weirdly “green” winter.

I wondered if she had a hearing problem. “Um. Yeah. That’s my question. I really, really hope I didn’t miss Christmas again.”

“Didn’t you hear me?” the woman croaked. Her voice was hoarse, either because she was ill or she’d been screaming. Probably at me, poor thing. Unless she was hoarse
and
ill. Poor thing! “The cops are on the way! This is … it’s … it’s destruction of property! You think I don’t
know
that? Everybody knows that! You’re … you are a destroyer of property!
My
property!”

Well, that certainly sounded bad. I nodded encouragement (“yes, my, sounds terrible, really, just awful awful awful”) but it didn’t calm her down, not even a little.

I tried to figure out where I was. There were no newspapers around, so I had no idea what city I was in or what the date was. No TVs running with a CNN stream. Windows, sure, but too high for me to see billboards or the Golden Arches or any sort of landmark. (Mmmmm. Arches! Suddenly I wanted a Filet-O-Fish or five.) Nothing indicating the name of the building the poor thing and I were trapped together in. Just barking.

Lots of barking from, I would deduce (being a trained investigator for the FBI, I could do that; I could deduce all over the place), lots of dogs.

I looked down and observed that the “snow” I was standing in was actually mounds and mounds of poodle fur.

“That’s it? That’s
all
you have to say for yourself? After what you did?”

“Um … oh, crumbs?” (Profanity was for the unimaginative.) “And … I’m sorry?” An apology seemed like the right move. When I woke up in a strange place with enraged strangers who were wearing only one shoe while standing in poodle fluff, it was almost always the right move.

“And there they are!” she shrilled, pointing with a flourish at the approach of two police officers. “You boys! You come over here and … and
get
her.”

“Don’t say that like we haven’t spent ten horrible minutes together.”

Well.
We
hadn’t. She and I, is what I meant. She had spent time with my body, but not with me. Don’t worry: it’s not as depraved as it sounds.

“She committed felony assault on all my show poodles!”

Scratch that. It was at least as depraved as it sounds.

“Ohhhhh, that sounds bad,” I said as the officers hurried up. They were St. Paul police, I noted, as I nodded politely and tried to look the opposite of dangerous. Both big and blond and puffy, one with blue eyes and one with brown.

“You called in the assault, ma’am?” Blue Eyes asked.

“I think, yes, Officer,” I said, well into helpful mode.

“You shut up!
I
did.” She blew a hank of hair off her forehead with a gusty, egg-scented puff. “She committed assault all over everything and I’ll lose now and months—months!—down the drain!”

“You should probably arrest me,” I agreed. I went to set down my mocha, then realized my hands were empty. No wonder I was thirsty. “I’ll come along quietly.”

I looked up and stifled a groan. My partner, George Pinkman, was standing just outside the holding cell bars, clutching his stomach with one hand and pointing at me with the other. “Oh my God! I thought the police report had been exaggerated. But you really did it. Shaved poodles!” He hee-hee’d for several seconds; I’d rarely seen him in such a good mood.

“You did not think that,” I said, appalled. “Cops wouldn’t exaggerate on a government document.”

“Like I give a shit,” he replied, instantly bored … the classic mood swings of a clinical sociopath. He eyed the contents of the holding cell, which looked and smelled exactly like holding cells all over the country. I had reason to know, I was sorry to say. “Okay, so, this could still be interesting. My situation can be salvaged.”

He looked up and down the corridor. “So, is there some kind of
Chained Heat
thing going on here?”