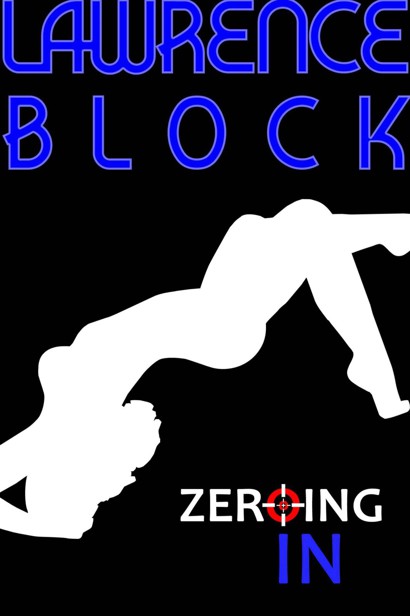 “I was just looking to go home with a girl,” she said, “but she was there with her husband, and he was kind of cute.”

“You’ve got to tell me everything.”

Well, not exactly everything. She gave Rita the
Reader’s Digest
version, abbreviated and toned down. Even so, with Rita’s questions and exclamations, she used up a chunk of the new cell phone’s prepaid minutes.

“It added something,” she said of the husband’s presence. “But at the same time it took something away.”

“Kimmie, I really wish you were here.”

“Actually, I’m out west again. Not as far west as you are, though.”

“A place I’ve never been before. Provo, Utah?”

“I’ve never been there either. When I was a kid we took a family trip to a national park, and I think it may have been in Utah. Arches?”

“It was pretty neat. There were these great natural rock formations, sandstone eroded by the wind, and there was this one huge freestanding stone arch and you could stand under it and get your picture taken. And it fell down.”

“While you were standing under it?”

“No, silly! I was there fifteen or twenty years ago, and just last year it fell down. It was on the TV news.”

“I’m pretty sure it’s in Utah. Hang on. Thank you, Google. It’s in Utah, and the nearest town is Moab, and I remember now because that’s where we stayed. In a motel with fake wood paneling on the walls. Now why do I remember that?”

“Kimmie, you are just
terrible!
”

“Where did you say? Provo? Hang on. Okay, you’re a hundred and ninety-one miles away if you take Route Six. Oh, you know what? That’s where he’s from.”

“That crazy Mormon. What was his name? Not Kelly. Damn, why can’t I—Kellen!”

“The one who wouldn’t go down on you?”

“Yeah, the pig. Saving his tongue for his fiancée. Asshole.”

“Ha! You know what? You should look him up.”

“Sure, why not? He was pretty hot, except for what he wouldn’t do.”

“And wouldn’t you want the experience of screwing a hundred and fifty guys at once?”

A hundred fifty-two, she thought. And said, “What are you—oh, right, you told me. Proxy baptism?”

“But you wouldn’t mind, Rita?”

“Kellen,” she said. “It’d help if I knew his last name. Still, how many Kellens can there be? Unless it’s the Mormon equivalent of Jason.”

“He told me his last name. But I can’t possibly—Kimball!”

“That’s it, it just popped into my mind. Kellen Kimball. Just think what your name would be if you married him.”

“Yeah, right. I probably won’t look for him, and nothing’s likely to happen even if I do.”

He remembered Rita. Vividly, it would seem, because the recollection brought a blush to his pink cheeks.

“Outside of Seattle,” he said. “I can’t recall just where.”

“That’d be it, Kirkland. A friend and I, we saw her as part of our missionary work. She’d expressed some interest in LDS, so we paid her a home visit to discuss it with her.”

She’d found out where he lived, which hadn’t proved terribly difficult. There was a whole column of Kimballs in the phone book, but only one Kellen. The phone book provided his address, and finding one’s way around Provo was ridiculously simple, because the streets were in a numbered grid, and if you could count you could get anywhere you wanted to go. His apartment was on East 300 North Street, just around the corner from Dragon’s Keep, a store on University Avenue that sold games and comic books. There were items on display, sword and sorcery paraphernalia, that wouldn’t have looked out of place in the Pleasure Chest. The clientele, however, was vastly different—nerds and geeks instead of pervs and players.

It was where he’d suggested they meet, and the staff there greeted him by name, which suggested that he had a rich life reading comic books and playing Dungeons & Dragons on those lonely nights when he couldn’t find somebody not to go down on.

For all that, he was a tall, good-looking young man, with the fresh-faced handsomeness of a male model in the Lands’ End catalogue. One cheek was lightly pitted with old acne scars, and that was a plus; it kept him from being too pretty.

She knew at first glance that he would certainly do. But it wasn’t his good looks that had led her to Provo, Utah, nor was it the chance to go where Rita had already gone. That was appealing, no question about it, but she had something more important in mind.

“LDS,” she said. “At first I thought you were a dyslexic talking about LSD. You know, acid? But that didn’t make sense, because Mormons don’t use drugs. Or do they?”

“I take aspirin for headaches, and anything my doctor prescribes for medicinal purposes. But in the sense of mood-altering drugs, no, that’s something we don’t do.”

“But everybody calls me Marcy.”

“Then that’s what I’ll call you, Marcy.”

Laughter erupted from one of the tables to their right, where three nerdy-looking young men were clustered around a game board. When it died down she said, “Kellen, there’s something I need to ask you about. Could we go someplace a little quieter? And maybe get a drink or a cup of coffee?”

“Which would you prefer?”

He was grinning now. “Stimulants,” he said.

“I’m afraid so. But that doesn’t mean you can’t have whatever you want, and I can keep you company.”

“If we were both Mormons,” she said, “where would you take me and what would we have?”

“Well, there’s a juice bar that’s quiet and comfortable. And only a couple of blocks from here.”

“But you’d be pretty much limited to fruit juice.”

“That’s fine,” she said. “In fact that sounds pretty good right about now.”

“There’s something Rita told me about you,” she said, and damned if he didn’t blush the least bit. The place he’d taken her was a little more brightly lit than your average bar, and she could see the color rise to his cheeks.

“Besides that,” she said.

“Look, let’s clear the air, okay? I know you went to bed with Rita, and incidentally she said you were a wonderful lover. And I can’t say I’m surprised, because you’re certainly an attractive man. And yes, I know you’re engaged, and that’s not the point, either. I don’t mean to embarrass you, bringing all that up out of the blue, but otherwise it’s just going to hang in the air between us, and I don’t think that’s what either of us wants.”

“Well, yes,” he said, and picked up his glass of lemonade like an alcoholic reaching for his Harvey Wallbanger. “Yes, best to clear the air.”

Right. “What Rita told me about, and what really stuck in my mind, is the experience you had with proxy baptism. See, I never even heard of that before, and I’ve been thinking about it ever since. I did some research online, and, well, I keep thinking about it.”

“I suppose you’d like to find out about getting your own ancestors baptized. Well, that’s not hard to arrange, and—”