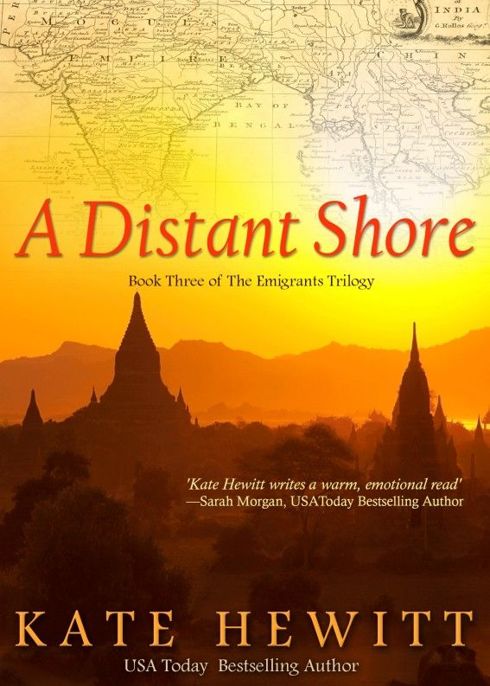 This ebook is licensed for your personal enjoyment only. This ebook may not be re-sold or given away to other people. If you would like to share this book with another person, please purchase an additional copy for each person. If you’re reading this book and did not purchase it, or it was not purchased for your use only, please delete it and purchase your own copy. Thank you for respecting the hard work of this author. To obtain permission to excerpt portions of the text, please contact the author at
[email protected]
.

This is a work of fiction. All of the characters and events portrayed in this book are products of the author’s imagination or are used fictitiously.

“The fact remains, and will always remain, that ether is a dangerous substance and utterly inappropriate for use in a hospital.” James Henderson’s voice rang out across the salon, leaving a ripple of speculative murmur in its wake.

Seated on a cream silk divan, Caroline Campbell tensed even as she kept smiling. Across the room her husband, Dr. Ian Campbell, stiffened as well, color flaring in his pale face, and she gave a tiny shake of her head.

After a second’s pause Ian heeded her silent warning, giving a terse nod before he managed a rueful smile even though anger surged through him at Henderson’s posturing.

It was an ill-kept secret that Ian had been experimenting with the use of ether as an anesthetic for the last five years. He funded these experiments with his own time and money, and yet still they were disapproved of by the old guard of Boston’s medical community. James Henderson might have been choosing to be deliberately provocative, considering he was currently a guest in the Campbells’ home, but Ian suspected that his opinion was no more than what most of the other guests in the room thought, if they had an opinion at all.

Henderson was continuing to bluster, but interest had thankfully died when Ian had refused to take up the argument. He’d noticed the slyly speculative looks of some of the guests, and he ignored them. Within a few minutes the conversation had moved on to Mr. Alcott’s controversial Temple School.

“No corporal punishment—Alcott insists that if anyone’s hand is to be slapped, it should be the teacher’s,” a young woman confided, her hushed tone implying the delicious scandal of it.

“Ridiculous. The man is a complete charlatan, and a blasphemer as well.” Henderson spoke again, his voice raised querulously.

Ian’s glance strayed to the ormolu clock on the mantle. He would have to sit through another hour of conversation at the very least. When Caroline had suggested these salons, fashioned after the ones that took place in a libertarian France, as described by the eminent Monsieur Tocqueville who had graced the American shores in the early 1830s, he had eagerly agreed. They had both envisioned impassioned argument and lively debate, the exchange of ideas, or at least, the respect of them. Instead they encountered men like Dr. Henderson, determined to pontificate—as well as resist anything that hinted at innovation.

A staid matron dressed in pink satin, the buttons across her broad bosom threatening to pop open, launched into a lengthy description of her pallid daughter’s charms. They’d moved from medicine to education to the never-ending marriage mart. Ian took the opportunity to excuse himself.

He strode out of the overheated room to the balcony overlooking a quiet and peaceful Charles Street. A balmy spring breeze caressed his flushed face and his fingers curled around the wrought iron railing.

A year ago he never would have been able to afford a house or an address such as this. He and Caroline had been living in rented rooms in the far more middleclass Back Bay. They had, Ian reflected now, been happy there. Happier, perhaps, he acknowledged with a rueful pang, than they were—or at least he was—amidst all this luxury. Their new wealth rested uneasily on Ian, considering he had not earned a penny of it himself. A year ago Caroline’s uncle, Sir James Riddell, had died, leaving her an unexpected fortune.

Five years ago Riddell had been disgraced in Boston when his name had been linked with that of a counterfeiter, Matthew Dearborn. Ian had been present the night Dearborn died, had watched the wretched man be engulfed in the flames of a fire he had started by his own hand, fed by thousands of counterfeit bills he’d been storing in a harbor-side warehouse.

Ian had been partly responsible for identifying Riddell’s role in the crime, yet as a nobleman Riddell had escaped the prejudiced hand of the law and had returned to Scotland to live out his days in quiet anonymity. He’d sold his estates and put the money in wiser—and more lawful—investments, so that when he died, he’d left a tidy sum for his only remaining heir... Caroline.

It was hardly a fortune, but it was enough money to buy this house and see them situated comfortably in Boston, allowing them to be part of the city’s society, and live, Ian reflected, in the manner to which Caroline had always been accustomed. He knew he should be grateful, for he had always intended to provide for her in the way she was used to and surely wanted. Yet the fact remained
he
wasn’t the one providing for her at all.

“People are beginning to talk.” Caroline stood framed by the French doors, her graceful figure swathed in pale blue silk, her blond hair arranged in artful clusters of curls by each temple. Looking at her, Ian marveled yet again that she was his, and that she loved him. “Ian...”

“I’m sorry. I couldn’t stand another diatribe from Dr. Henderson, and I didn’t want to say something I’d regret.”

“I know.” Caroline joined him on the terrace, coming to rest one hand lightly on his shoulder. “I’m sorry too. I had no idea he’d bluster on like that.” She let out a tiny sigh. “Although I suppose it’s to much to ask of the man, to express the most common courtesy.”

“Indeed it is.” Ian rested his hand over hers and they remained silent for a moment, the cool evening air blowing over them.

“Do you suppose,” Caroline asked after a moment, her voice soft, “that ether will be accepted one day? Commonplace, even?”

“I pray so.” Ian’s lips tightened as he thought of Dr. Henderson’s swaggering assurance. There was so much ignorance and hostility to fight against, even within the supposedly enlightened medical community.

“I imagine sometimes it must be similar to what the first settlers thought upon coming to these shores,” Caroline said with a rueful smile. “Who could imagine that there would be towns and cities built upon such rugged and untamed land? Yet they persevered.” She squeezed his shoulder. “And you must as well.”

Ian lifted her hand to his lips and brushed her fingers in a kiss. “Thank you, my darling. Your support means more to me than that of a pompous old windbag like Dr.—”

“Ian
.” Caroline suppressed a scandalized smile. “Imagine if he heard you.”

“He’s talking too loudly,” he murmured, “to hear anything but his own voice.”

She shook her head, her eyes dancing, and Ian smiled and kissed her fingers again, letting his lips linger this time.

“Ian...” His name was a gentle reproof and she withdrew her hand, her expression turning serious. “You know that I want to support your research—”

“And you do,” he said, reaching for hand once more. Laughing a little, Caroline pulled away.

“More than with just words,” she persisted. “You know that even after buying this house, there is still a fair bit of my inheritance left—”

Ian stilled, and then straightened slowly as he took a step away from her. “You want to use your inheritance to fund my research?”

“Yes.” She smiled, guileless, not seeming to notice how still he’d become. “With the money you could take more time away from the hospital, and concentrate on your research. Perhaps acceptance will come more quickly if—”

“No.” Ian didn’t mean to sound so flat and cold. He saw the shocked hurt flash in Caroline’s blue eyes and wished he’d tempered his reply. Yet he knew he could not have kept the instinctive refusal—the
revulsion
—he’d felt spring to his lips from spilling out.

“Listen to me, Caroline.” He caught her hands in his, and felt how cold they’d become. He chafed them with his own and tried to smile, but it felt more like a grimace. “Caroline, my darling, I could not take that money from you. It was held in trust from you, from your uncle, and it was meant for you to do with as you wish—”

“You know under law it is yours rather than mine,” Caroline answered stiffly.

“I would be a boor to follow that to the letter,” Ian replied. He tried to keep his voice light even though he knew Caroline didn’t believe his words. She still looked hurt, a wrinkle marring the pale smoothness of her forehead.

Let Love Win by May, Nicola
The Contraband Courtship (The Arlingbys Book 2) by Alicia Quigley
Boom by Stacy Gail
Christmas Gift for Rose (9780310336822) by Zondervan Publishing House
Familiar Stranger by Sharon Sala
Let's Talk of Murder by Joan Smith
Star Wars - Constant Spirit by Jennifer Heddle
The Best Place on Earth by Ayelet Tsabari
Dead Calm by Jon Schafer
The Mark of Cain by A D Seeley
Our partner