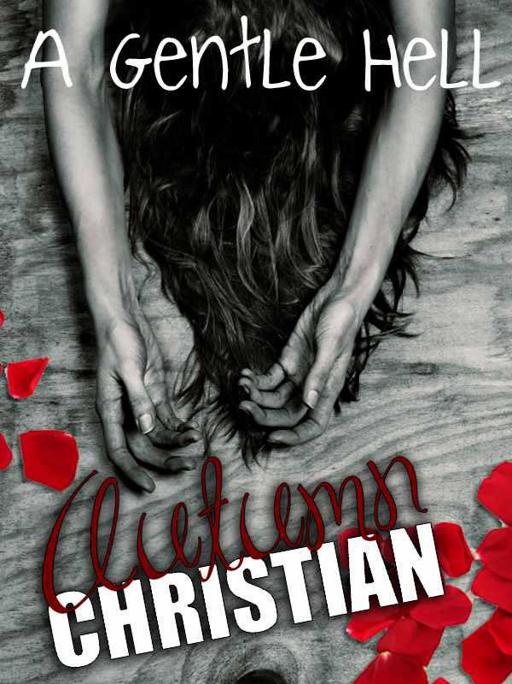 Layout and design by Stephanie Schmitz

All rights reserved. No part of this book may be reproduced or transmitted in any form or by any electronic or mechanical means, including photocopying, recording, or by any information retrieval system, without the written permission of the author and the publisher, except where permitted by law.

This book contains a work of fiction. Names, characters, places, and incidents are the product of the author’s creation or are used fictitiously. Any resemblance to actual events, locales, or persons, living or dead, is coincidental.

Your Demiurge is
Dead

The Dog that Bit Her

“Dear customer,” the man on the television said, “no more twisting your spine and bracing hips in the night. Your restless weeks are wastelands of dissociative depression and existentialist boredom. You nurse the brink of destruction searching for rest. Let us into your mind; let us give you the dreamless and dark headspace you always wanted.”

One by one my friends and family have disappeared under the gentle, slip-wire cocoons of the machines. Mother’s ghost smiled like a crooked dog. She hadn’t been able to sleep, she told me, not after my father died, because that damn vampire stood at her bedside howling in her ear for the last twenty years. It didn’t hurt, she told me when I asked,
you
don’t feel anything at all.

I didn’t know if it was really her speaking to me, from some netherworld of sub-consciousness, or the machine the doctors placed in her head. Whatever it was, she assured me, that damn vampire was finally gone.

My brother tried to commit suicide in his freshman year of college. Bipolar disorder, they said, little high little low. Years of therapy and medication could not diminish his slit wrists or gnashing teeth. How many undergraduate students, bent under the pressure of midterms and lovers that never call back, have gone into the dark woods and never returned? The machines promised relief. When he woke up in the next ten years, he would have graduated with a bachelor’s degree, married a studious and slack-jawed maiden, and had two kids, a great job, and absolutely no reason to be unhappy. Life would be better if we weren’t present during our difficult transitory periods, if we shut off the part of us that thought and felt and tasted, and slid our heads down on dark waters while the machines lived for us.

I found him standing over my bed one night.

“It didn’t hurt,” my brother said, “you don’t feel anything at all. This body doesn’t sleep anymore. My head is blissfully unaware of the grief that’s been transferred to my fingernails and my lips. Why don’t you join me? You were always mother’s favorite. What pressure, he said, what
stress.
Come and join me underwater in the long sleep. Five years, he said, fifteen, twenty, your life will be straightened out. You don’t feel anything at all.”

The next morning my mother made waffles and poached eggs, and my brother wrote in the margins of Notes
From The
Underground and drank cold coffee. The pink scars on his wrists from his suicide attempt were still visible, white in the middle, like soft, uncooked meat.

There’s no real difference in their personalities or their mannerisms. If I hadn’t seen the machines inserted into them
myself
I would have thought nothing had changed. I just knew that when mother pushed her hair out of her face and clipped it in the back, or licked waffle batter off her finger, or when my brother roamed the house during thunderstorms and typed his college essays by the glow of the computer in the den, they were really creatures living dead, oblivious, sleeping heavy.

I remembered when I was seventeen, before the machines came, and to my parents the only thing worse than death was being too alive. I couldn’t tell them I drove my
Camaro
on the Texas back roads late at night with my girlfriend, drove to the place where Texas bottoms out, where the road is a glittering sink or swim, a
foggedout
dark shell melting everywhere the headlights didn’t touch. Drove eighty miles an hour, ninety, a hundred, and my girlfriend, her name was Jeanine, all pretty girls were named Jeanine, she sat in the passenger seat looking at me softly biting her lip. I gripped the steering wheel and stared into the expanse of gloomy gray ahead, miles and miles of the ordinary world turned by the night into a Hades realm of shadow and ice.

I went up to a hundred and ten miles and death sat on the hood of the car, her hair blowing in the wind, her breasts pressed to the engine heat.

Jeanine, the name for all pretty girls, the name for girls with parents who still think all their children are virgins.
Jeanine, girl of my dreams, girl with my dick in her mouth.
I couldn’t stop the
Camaro
, couldn't slow,
couldn't
hesitate. I had to plaster every deer that stepped in the headlights and keep melting the asphalt with Jeanine’s teeth and my foot on the pedal and her warm-honey shy eyes in my stomach because I knew I’d never feel that way again.

I don’t know how many people have succumbed to the machines, punched a hole in the living room or slit their skin to the bone and
said,
this is enough for me, slip it under. It’s illegal to release machine records; they’re under the strictest confidence and security, just like adoption records. It’s illegal to discriminate against those who have the machine, not that employers or employees would ever know. Only the closest family and friends are aware when you decide to let doctors insert the machine into your head. I don’t know how many people I know are sleeping dead, consciousness and
subconsciousness
slipped into the warm, insidious cradle of the machine’s rocket. Life is too cruel, the man on the television says, for us to live it ourselves.

Mother’s ghost smiled at me when she came down the stairs and entered the kitchen. I sat at the kitchen table with my open document of empty words and a cup of coffee and I watched her face. If I cut her she would cry, but inside, where the heart and head lived, she wouldn’t feel a thing. If I killed her it would just be an exchange
of one darkness
for another. She’d never rise again. She’d never know. She poured herself a cup of coffee and looked out the window into the blue garden. I love the sunshine, she said, we never get to see the sunshine anymore. I said nothing. She turned toward me.

“Yeah, whatever Mom,” I said, putting down the knife, “I love you too.”

When it got dark I drove to the strip club downtown. I sat in a machinated box, electrified myself with blazing blue and orange lights, paid for three seven dollar beers, cheap American shit, too, and I waited for Boxy November to come on stage. Boxy colored her hair like the lights, orange at the tips, blue up to the roots. She rose up on stage like sleek, sleek metal, PVC boots click-click-clicking, silver brassiere shining, thong slung low, tongue wet. She flung her dirty hair back, sunk, unclasped her brassiere, and I knew she was the only woman worth living for anymore. I knew she’d never let the machines inside her head.

“Suicide rates are down by forty-six percent,” the man on the television said.

My brother continued to stand at the foot of my bed advertising for the machines in the hours when he used to sleep.

“Come and join us,” he said, like some phantom whispering fang-seductive from the other side of the living dead railroad tracks. “We have several easy payment plans for your evisceration. We take all major credit cards. All your friends are doing it. What do you really have to offer the world in your consciousness anyways? Nobody will miss you. Why is it so difficult for you to acquiesce, sir? Are you following some self-righteous religious creed, sir? Is that why you can’t suck it up, lie back, and blow your head out of the water, sir?”

I think that while the world is sleeping a new entity will enter our universe, like a thief in the night, creep over our head fog, and take away our bodies and our space, infiltrate our energy and our
nightmarescapes
. If the world ever wakes, I don’t think it will ever know what it used to be.

Boxy November told me once after hours that she was sure the machines were going to turn us all into morticians and taxidermists.

“Dark energy doesn’t just disappear,” she said, “doesn’t just kick its legs out like a dog and go to sleep. It’s probably working in the back of all those zombie brains, she said.”

“She is,” Boxy said.
Sighed.
Her fingers twitched. She was trying to quit smoking. Ten years of it had stretched out her face, turned her soft honey eyes into droopy dog wells, cut the frown lines of her mouth too heavy for make-up to cover.

“Let’s go to your car,” she said, and once we were in the car and the doors were locked and the ignition turned on she said, “
let’s
drive, like we used to.”

Fifteen years had wasted the both of us, widened our eyes, lopped off our fingers, and unraveled our skin. She was Boxy November now, the only woman worth living for anymore, a woman naked and without ambition, dead like all women, dead even without the machines inside her head, and I, dead alongside her, our two corpses propped up in my
Camaro
just dying for another cigarette. We weren’t pretty people anymore. That’s why she had to change her name, strip, press her dry mouth to the wet faucet, why she wasn’t Jeanine anymore, the name for all pretty girls, why she never let me call her Jeanine anymore.

I couldn’t even get it up anymore.

“How many more years do you have before they take the machines out of you?” I asked my brother.

The machines had turned all of our heads into a landscape of dark eyes, sloping giant hills, shadows of the valley of death. Metaphysics told us the world didn’t exist without being observed. Dead inside our heads, the machines
chuk-chuk-chuking
, the silent whir pressing the consciousness in the back, to a dreamless land, we were turning our world into a world for locusts. We were making the universe blind.

I was seventeen years old again, and Jeanine wanted to go to Nevada. My
Camaro
broke down in the desert and we spent the night on the top of the car, looking up at the stars burning up, rationing the water. In the morning I worked on fixing the car. The heat bent my head. I saw an angel’s halo in the sunlight, an angel stretching her fingers into sun rays and setting the warped cone of the desert on fire. Jeanine wandered around the desert with her hair tied up at the top of her head, her sweat swelling up on her neck. I took a break from trying to fix the car and went out searching for her. I found a rattlesnake sleeping in the bleached white of a cow’s skull. I shook the rattlesnake out with a stick and picked up the cows skull, hugged it to my chest.