A Government of Wolves: The Emerging American Police State (53 page) 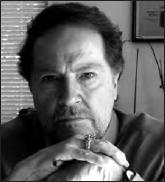 John Whitehead is an attorney and author who has written, debated, and practiced widely in the area of constitutional law, human rights, and popular culture. Widely recognized as one of the nation's most vocal and involved civil liberties attorneys, Whitehead's approach to civil liberties issues has earned him numerous accolades and accomplishments, including the Hungarian Medal of Freedom and the 2010 Milner S. Ball Lifetime Achievement Award for "[his] decades of difficult and important work, as well as [his] impeccable integrity in defending civil liberties for all."

As nationally syndicated columnist Nat Hentoff observed about Whitehead: "John Whitehead is not only one of the nation's most consistent and persistent civil libertarians. He is also a remarkably perceptive illustrator of our popular culture, its insights and dangers. I often believe that John Whitehead is channeling the principles of James Madison, who would be very proud of him."

Whitehead's concern for the persecuted and oppressed led him, in 1982, to establish The Rutherford Institute, a nonprofit civil liberties and human rights organization headquartered in Charlottesville, Virginia. Deeply committed to protecting the constitutional freedoms of every American and the integral human rights of all people, The Rutherford Institute has emerged as a prominent leader in the national dialogue on civil liberties and human rights and a formidable champion of the Constitution. Whitehead serves as the Institute's president and spokesperson.

Whitehead writes a weekly commentary for
The Huffington Post
and LewRockwell.com, which is also carried by daily and weekly newspapers and web publications across the country and is available on The Rutherford Institute's website (
www.rutherford.org
). Whitehead is the author of some twenty books, including
The Freedom Wars
(2010),
The Change Manifesto
(2008), and
Grasping for the Wind
(HarperCollins/Zondervan, 2001), the companion documentary series to the book of the same name, which also received critical acclaim. The series was awarded two Silver World Medals at the New York Film and Video Festival.