A Government of Wolves: The Emerging American Police State 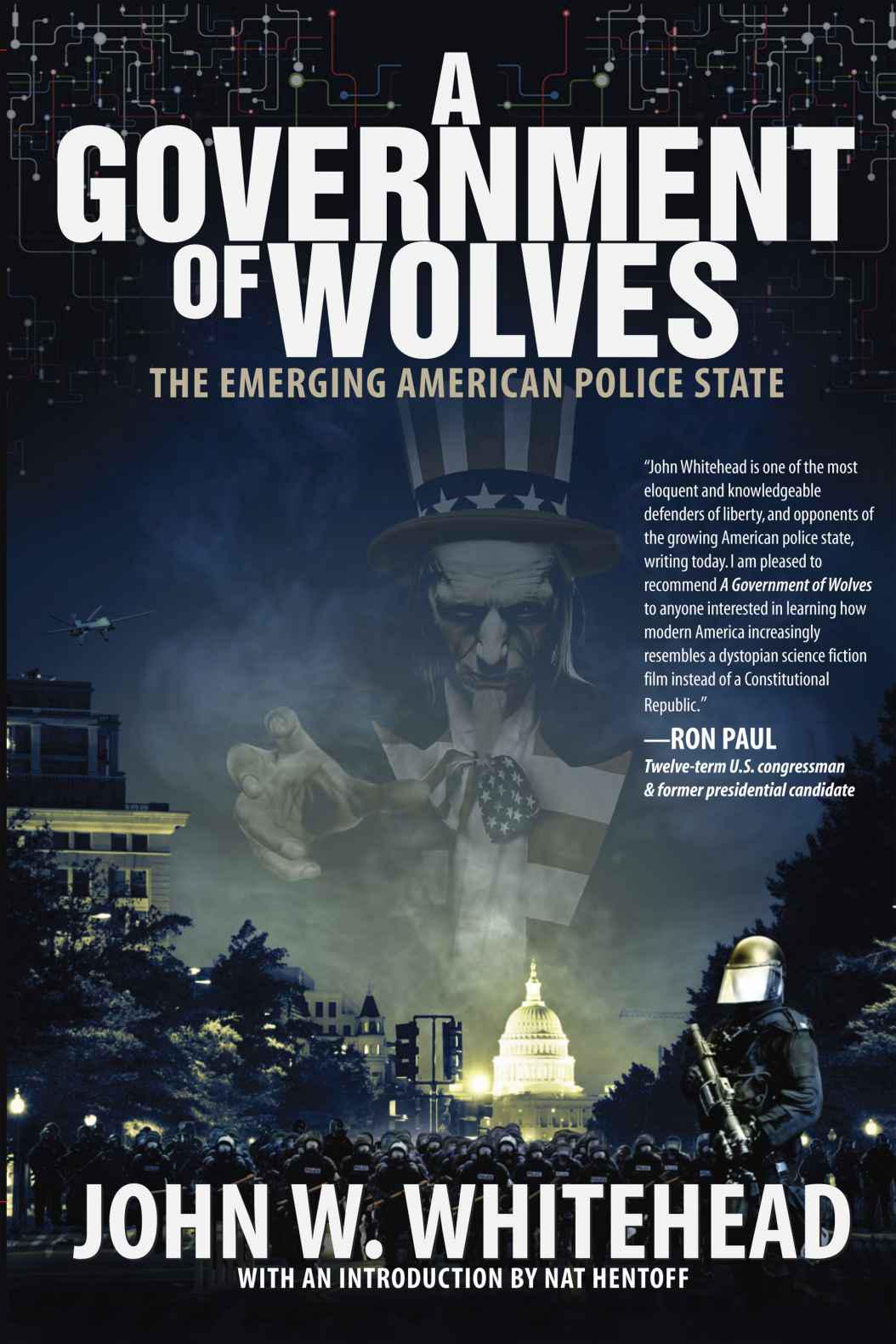 A Government of Wolves

"John Whitehead is one of the most eloquent and knowledgeable defenders of liberty, and opponents of the growing American police state, writing today. I am pleased to recommend
A Government of Wolves
to anyone interested in learning how modern America increasingly resembles a dystopian science fiction film instead of a Constitutional Republic."

"I was privileged to have Duke Ellington as a mentor, who said of the jazz that was unsuccessfully banned in their countries by Stalin and Hitler: 'The music is so free that many people say it is the only unhampered expression of complete freedom yet produced in this country.' But only a basically free country could have produced back then such freedom of expression that has become so energizing a global presence. If we are to be again this free a nation, John Whitehead will have had a lot to do with our being able to swing again."

"The loss of liberty doesn't begin with invading armies, but with creeping government that slowly and almost imperceptibly invades our privacy with cameras, drones, wiretaps and monitoring of email communication. We are told this is for our own good. In this book, John Whitehead sounds a warning about overreaching government we had better heed before the point of no return has been reached."

"A masterfully documented chronicle of frightened citizen vassalage to a Leviathan state in a hopes of a risk-free existence. An end to liberty is at hand."

Author of
American Empire Before the Fall

"Cynical, brutal, dehumanizing. Pervasive, insidious, incremental. Any hope of getting out of this prison we've found ourselves in and in the service of—Wake up! The paramilitary junta is breaking down your door! Your Miranda rights? Where have you been? They don't need no stinking badges! Get out of the way—it's your new police state in action. We're about to be herded—digitally, of course—into some nightmarish gulag that we can't even see because it's crept up on us incrementally like a toxic fog under the insidious guise of national security and other mendacious Newspeak. How did we become the prey of capitalistic jackals, ruthless corporations and power-intoxicated lackeys of the one percent terraraptors? Where is Thomas Paine now that we need him? He's here just in the nick of time in the person of John Whitehead, an uncompromising debunker of lies, rhetoric mongers, rights-shredders and the criminal acts of our shameless, double-crossing government. Drop everything and read A
Government of Wolves
before it's too late! I loved and was horrified by this disturbing and courageous book."

and a founding editor of
Rolling Stone Magazine 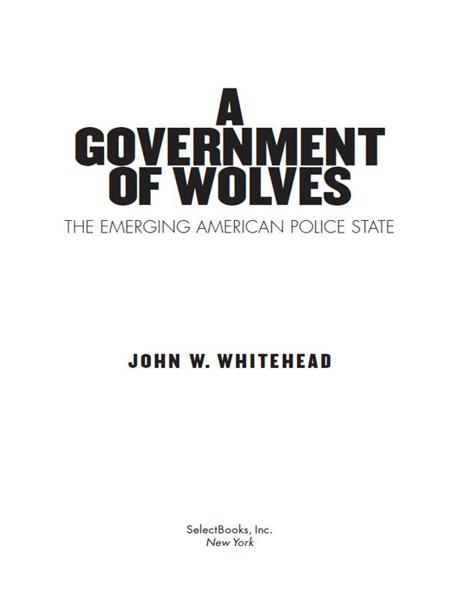 All rights reserved. Published in the United States of America. No part of this book may be reproduced or transmitted in any form or by any means, graphic, electronic, or mechanical, including photocopying, recording, taping or by any information storage or retrieval system, without the permission in writing from the publisher.

This edition published by SelectBooks, Inc.

For Nisha Whitehead, my inspiration

"A nation of sheep will "beget
a government of wolves."

2
Who Will Protect Us from Our Government?

3
On the Road to a Police Stat

THE FUTURE IS HERE

WELCOME TO THE POLICE STATE

12
The Matrix: Where They Live

15
The Watchers and the Watched