A Government of Wolves: The Emerging American Police State (32 page)

The problem with this scenario, as Roger Werholtz, former Kansas secretary of corrections, recognizes is that while states may be tempted by the quick infusion of cash, they "would be obligated to maintain these (occupancy) rates and subtle pressure would be applied to make sentencing laws more severe with a clear intent to drive up the population."
597
Unfortunately that's exactly what has happened. Among the laws aimed at increasing the prison population and growing the profit margins of special interest corporations like CCA are three-strike laws (mandating sentences of twenty-five years to life for multiple felony convictions) and "truth-in-sentencing" legislation (mandating that those sentenced to prison serve most or all of their time).
598
This, as we saw earlier, is the overcriminalization of America which means more prison inmates–for profit, that is.

And yes, in case you were wondering, part of the investment pitch for CCA and its cohort GEO Group includes the profits to be made in building "kindler, gentler" minimum-security facilities designed for detaining illegal immigrants, especially low-risk detainees like women and children. With immigration a persistent problem in the southwestern states, especially, and more than 250 such detention centers erected across the country, there is indeed money to be made.
599
For example, GEO's new facility in Karnes County, Texas, boasts a "608-bed facility still smelling of fresh paint and new carpet stretch[ing] across a 29-acre swath of farmland in rural South Texas. Rather than prison cells, jumpsuits, and barbed wire fencing, detainees here will sleep in eight-bed dormitory-style quarters, wearing more cozy attire like jeans and T-shirts. The facility's high walls enclose lush green courtyards with volleyball courts, an AstroTurfed soccer field, and basketball hoops, where detainees are free to roam throughout the day"
600

"And this is where it gets creepy," observes reporter Joe Weisenthal for
Business Insider
, "because as an investor you're pulling for scenarios where more people are put in jail."
601
In making its pitch to potential investors, CCA points out that private prisons comprise a unique, recession-resistant investment opportunity, with more than 90 percent of the market up for grabs, little competition, high recidivism among prisoners, and the potential for "accelerated growth in inmate populations following the recession."
602
In other words, caging humans for profit is a sure bet, because the U.S. population is growing dramatically and the prison population will grow proportionally as well, and more prisoners equals more profits.

In this way, under the pretext of being tough on crime, state governments can fatten their coffers and fill the jail cells of their corporate benefactors. However, while a flourishing privatized prison system is a financial windfall for corporate investors, it bodes ill for any measures aimed at reforming prisoners and reducing crime. CCA understands this. As it has warned investors, efforts to decriminalize certain activities, such as drug use (principally possession of marijuana), could cut into their profits.
603
So too would measures aimed at reducing the prison system's disproportionately racist impact on minorities, given that the incarceration rate for blacks is seven times that of whites.
604
Immigrants are also heavily impacted, with roughly 2.5 million people having been through the immigration detention system since 2003.
605
As private prisons begin to dominate, the many troubling characteristics of our so-called criminal justice system today–racism, economic inequality, inadequate access to legal representation, and a lack of due process–will only become more acute.

Doubtless, a system already riddled by corruption will inevitably become more corrupt, as well. For example, consider the "kids for cash" scandal which rocked Luzerne County, Pennsylvania, in 2009. For ten years the Mid Atlantic Youth Service Corporation, which specializes in private prisons for juvenile offenders, paid two judges to jail youths and send them to private prison facilities. The judges, who made over $2.6 million in the scam,
606
had more than 5,000 kids come through their courtrooms and sent many of them to prison for petty crimes such as stealing DVDs from Wal-Mart and trespassing in vacant buildings.
607
When the scheme finally came to light, one judge was sentenced to 17.5 years in prison
608
and the other received 28 years,
609
but not before thousands of young lives had been ruined.

In this way, minor criminals, from drug users to petty thieves, are being handed over to corporations for lengthy prison sentences which do nothing to protect society or prevent recidivism. This is the culmination of an inverted justice system which has come to characterize the United States, a justice system based upon increasing the power and wealth of the corporate state.

No matter what the politicians or corporate heads might say prison privatization is neither fiscally responsible nor in keeping with principles of justice. This perverse notion of how prisons should be run, that they should be full at all times, and full of minor criminals, is evil.

Although big business and government have always had intimate relations, that relationship was at one time governed by a tacit understanding that the government's first priority was to protect the individual rights of its citizens, while corporations–private entities, separate from government–were free to concern themselves with making a profit. Unfortunately, the rise of the corporate state over the past seventy years (a development that both President Eisenhower and Martin Luther King Jr. warned against) has done away with democratic government as we have known it. In the process, the interests of megacorporations have been prioritized over those of the average citizen. Nowhere is this emphasis on corporate profit at the expense of the American citizenry more evident than in the American Legislative Exchange Council (ALEC).

A nonprofit membership organization which purports to uphold principles of "limited government, free markets, federalism and individual liberty,"
610
ALEC is comprised of state lawmakers and corporate representatives with a mutual interest in seeing legislation adopted at both the state and federal levels. ALEC was founded in 1973 and has approximately 2,000 state lawmakers among its members, or roughly a quarter of state legislators in the nation.
611
Unlike lobbying groups, however, ALEC is not required to disclose its relationship with legislators.

Although ALEC has been described as a conservative organization, the only credo–political or otherwise–subscribed to by that of its corporate members is materialism, which gives allegiance to no interest, political or otherwise, other than its own. Indeed, while ALEC keeps the names of its corporate members under tight wraps, its roster includes some of the biggest names in the corporate world.
612 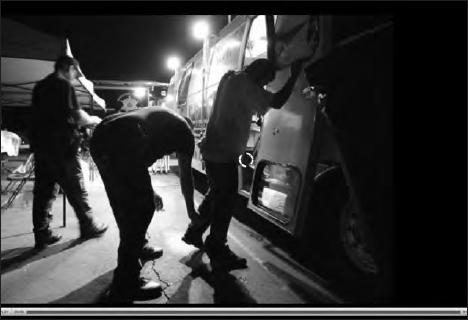 Whatever Happened to Representative Government?

In a nutshell, ALEC's formula for success relies on creating model legislation. Although ALEC's legislation crafting meetings are off limits to nonmembers,
613
the group's political might is well known. Roughly 1,000 ALEC bills are introduced in legislatures throughout the country each year, and about one-fifth become law.
614
The model legislation which ALEC produces and which state legislators, having paid a fee to access, can introduce to their own legislatures has been described as "ready-made, just add water, written in language that can withstand partisan debate and legal scrutiny."
615

Not surprisingly, given the corporate bent of its membership, much of the model legislation created by ALEC involves privatizing government functions or creating policies which favor corporate profits over public interest. Incredibly, in Florida, legislation lowering the corporate tax rate was so closely worded to the ALEC model that it accidentally included the ALEC mission statement.
616

In other words, although we elect our so-called representatives to write and debate the legislation which governs our lives, it is the corporate elite which now assumes that role. Of course, this means that representative government as we have known it is becoming extinct.

As you might expect, ALEC has been behind a number of controversial pieces of legislation that have become law.
617
For example, ALEC worked with the National Rifle Association in order to pass legislation in states across the country similar to Florida's "Stand Your Ground" law, which became the focal point of the Trayvon Martin shooting controversy. Twenty-five states now have similar laws.
618

ALEC has also helped engineer a number of laws which bolster the aura of an emerging police state. For instance, ALEC has been the mastermind behind the strengthening or imposition of voter ID laws across the country.
619
In the past, these laws have been used to discriminate against specific demographic groups of voters.

One of ALEC's most infamous pieces of model legislation, one that has ushered in a police state in Arizona, formed the core ofthat state's controversial immigration law, which generally withstood a legal challenge before the U.S. Supreme Court. Among those members who helped draft the model legislation was CCA, the country's largest private prison company. CCA benefited greatly from ALE C's legislative efforts to privatize the prison industry. That model legislation morphed into SB 1070, a law which promotes racial profiling and allows police to randomly violate the Fourth Amendment by patting down, detaining, or arresting anyone they suspect might be an illegal immigrant, including American citizens. Two-thirds of the thirty-six immediate co-sponsors of the bill in the Arizona Senate were ALEC members or attendees at the legislation drafting meeting.
620

Another one of ALEC's more egregious pieces of legislation, the Prison Industries Act (PIE), privatizes prison labor and directs any money earned by the prisoners towards expanding the prison industry creating more prisoner work programs and paying corporations for setting them up. Prior to ALEC's intervention, that money was used to offset taxpayer expenses. Now it fattens corporate wallets. Some thirty states operate PIE programs based upon legislation derived from ALEC. Florida has forty-one prison industries, California has sixty, and there are roughly one hundred throughout the other states that employ prison labor.

What some Americans may not have realized, however, is that these resulting prison labor industries, which rely on cheap, almost free labor, are doing as much to put the average American out of work as the outsourcing of jobs to China and India. "It's bad enough that our companies have to compete with exploited and forced labor in China. They shouldn't have to compete against prison labor here at home," noted Scott Paul, Executive Director of the Alliance for American Manufacturing.
621

States influenced by ALE C are also seeking to replace public workers with prisoners who work not for pay but to get time off their sentences. Coupled with the trend towards privatized prisons–where, in exchange for corporations managing state prisons, states agree to maintain a 90 percent occupancy rate for at least twenty years–this expansion of the prison labor industry contributes to an environment in which there is a financial incentive for ensuring that more people are put and kept in jail.

The historical parallels relating to the emergence of a corporate-driven prison industry are chillingly detailed in Richard Rubenstein's insightful book
The Cunning of History.
622
Despite Nazi military commander Heinrich Himmler's infamous 1943 order calling for the total annihilation of the Jews, a directive replaced it that stated all able-bodied Jewish adults at Auschwitz be sent to hard labor camps instead of the crematorium.
623
The motive behind the change of plans: corporate profit. Many German corporations, including BASF, Bayer, Hoechst, and other major German chemical and pharmaceutical companies, invested huge sums in the construction of factories at death camps for the express purpose of utilizing the available and infinitely replenishable pool of death-camp slave labor–much of it to produce products for European countries.