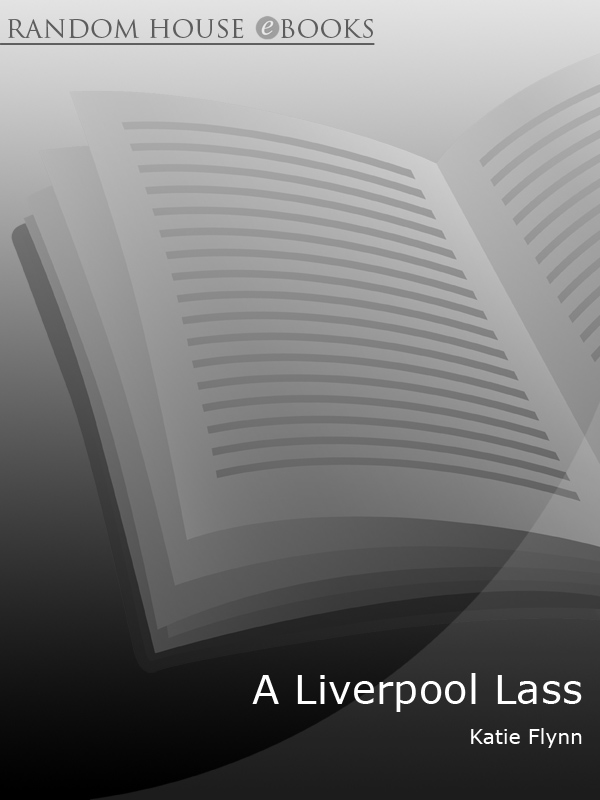 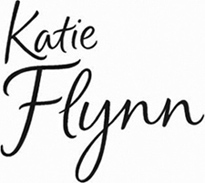 Katie Flynn has asserted her right under the Copyright, Designs and Patents Act 1988 to be identified as the author of this work.

This novel is a work of fiction. Names and characters are the product of the author’s imagination and any resemblance to actual persons, living or dead, is entirely coincidental.

In memory of Richard Brown, a true Scouser
who was born and bred in the city of Liverpool
and knew it like the back of his hand.
His wit and humour and his rich vein
of reminiscence were of inestimable value
in the writing of this book.

‘A heartwarming story of love and loss’
Woman’s Weekly

‘One of the best Liverpool writers’
Liverpool Echo

Katie Flynn has lived for many years in the north-west. A compulsive writer, she started with short stories and articles and many of her early stories were broadcast on Radio Merseyside. She decided to write her Liverpool series after hearing the reminiscences of family members about life in the city in the early years of the twentieth century. She also writes as Judith Saxton.

Many thanks to the people who helped me to understand and untangle the Liverpool of today from the Liverpool of yesterday. Please forgive me if I’ve missed anyone out, but here are some of them:

Rosemarie Hague, who shared her memories of the thirties with me, and her friend Mrs Lil Pearson, who remembered Liverpool between the wars. John Cross, who put me in touch with Richard Brown, whose warm and lively recollections of times past will colour a great many books, and Heather Cross, who put up with John and I gabbling on and eating her out of house and home.

The staff of the Local History section of the Picton Library, who know their stock backwards and were most helpful.

The staff of the International Library at the Picton, and Rhys Bebb Jones and his staff both at the Holyhead and Moelfre libraries on Anglesey, searched their shelves and came up with just what I needed. My thanks to them all.

It was a wild and rainy night, the sort of winter’s night to stay indoors, and it seemed as though most of the inhabitants of the great maritime port of Liverpool had decided to do just that. The mean and narrow streets which led up from the docks, the crowded slum-courts, even the docks themselves, were deserted save for the figure of the girl in the plaid shawl.

The girl hurried along, occasionally glancing up at a streetlamp, aware that there was a lightening of the sky to the east of the city which would presently herald the dawn. Her shawl was soaked, her feet in their too-large boots squelched with every step, yet she made her way through the streets without pause or hesitation, clearly intent on her errand. She skirted puddles when she came to them, avoided the rubbish-laden gutters, but wending her way through the maze of small streets presented no problem. Hunching her shoulders against the driving rain she darted down alleyways and across broad thoroughfares, never pausing until she reached a better area of the city where she seemed, at last, less certain.

Here, where the street lighting was better, where there were tall trees at intervals and a street-cleaner had kept the gutters clear so that the rain tinkled merrily along towards the drains, she hesitated for the first time. She glanced up at the street sign above her head and nodded slowly, reading the legend
Rodney Street
and approving it in some way. Then she began to walk slowly along the pavement, looking curiously
at the great houses as she passed them. Here were whited steps, an occasional potted aspidistra in a gleaming window, velvet curtains and soft white nets. Here there would be maids to scrub the steps, a servant to answer the door, even a chauffeur, if the family possessed one of the increasingly popular motor cars. Affluence was apparent here, even in the driving rain with the sky darkened with clouds and the houses wearing a shuttered, defensive look.

Presently the girl stopped outside one of the largest and most imposing houses in the street. It had a railed off basement area, a short flight of steps and a brass plate affixed to the pillared portico. The girl stared up at the windows as though she expected a face to appear between the dark curtains but seeing she was unobserved, she climbed the steps, one, two, three, four, and slid noiselessly into the shelter of the portico.

Once out of the direct malice of the weather the girl drew a bundle from her shawl and laid it on the tiles at her feet. Then she reached up, standing on tiptoe to do so, and lifted the great brass knocker, letting it fall three times with sufficient force to be heard clearly, even above the buffeting wind.

She listened for a second and then, apparently hearing sounds of arousal, she took off the long plaid shawl and with a gesture both hasty and tender, she wrapped it warmly round the tiny shape at her feet and then pattered down the steps and onto the pavement, a thin, dark dress affording her almost no shelter from the still falling rain. She had been quick before but she was quicker now, dashing heedlessly through the puddles, skidding round the corner and out of sight long before the big front door creaked open, long before the child within the soggy shawl began to mutter as it missed the girl’s warmth and nearness.

The man who opened the door was clad in a long grey dressing gown made out of an old blanket; he scowled dreadfully as he glanced into the street, then he saw the shawl-wrapped child at his feet and started forward as if to go in pursuit of whoever had rung the bell, calling over his shoulder as he did so:

‘Nellie, hurry yourself, some wicked gairl’s left a child on the step! Oh, which way did she run, the minx, which way? Fetch a constable, Nellie, for I won’t have it, she shall be caught! Rouse Mrs Ransom, Nellie!’

But no one saw the girl, shivering and shawl-less, making her way back through the wet and windy city, and long before day dawned or anyone had missed her, she had slipped once more into her bed.

‘It’ll be some servant girl who’d managed to conceal her shame and knew from the plate on the door that this is Culler’s Orphan Asylum,’ Mrs Ransom said sourly, as Nellie unwrapped the long plaid shawl, then a thick piece of white blanket, to reveal the child within. ‘I don’t know what the world’s comin’ to; no respect, no values.’

Nellie was a plain little creature with her light-coloured, stringy hair, skinny limbs and pale face, but there was sweetness in the line of her mouth and determination in the jut of her small chin. The large, clear eyes which she turned towards the older woman had a direct and honest glance and her voice was low and pleasant, though she still retained the accent of her native Scotland Road.

The matron was a big woman, bulging out of her
flannelette nightgown and the thick coat she had thrown on for warmth. She had a heavily jowled face with a jutting chin and small, calculating eyes. Now, she scowled down at skinny little Nellie, her maid of all work. Old Arthur Davies, who did any rough work which the orphans could not manage, had gone grumbling back to bed as soon as Mrs Ransom appeared.

‘There’s a name on the shawl,’ Nellie said, gently folding the blanket around the baby once more. ‘It’s in joined writing, though; I can’t mek it out.’

The matron screwed up her tiny eyes until they almost disappeared behind the mottled shelves of her cheeks. She bent forward, heavy jowls prominent, and picked up the shawl, sniffing at it as though she were indeed the bloodhound she momentarily resembled.

‘It’s clean,’ she said grudgingly. ‘Smells of some sort of flower, and it’s a good quality silk, too, thick and soft. Stolen, no doubt. And the name’s been embroidered; must’ve cost a pretty penny.’

A Spy's Devotion by Melanie Dickerson
Worth Dying For (A Slaughter Creek Novel) by Herron, Rita
In Darkness We Must Abide by Rhiannon Frater
KeyParty by Jayne Kingston
George & Rue by George Elliott Clarke
Of Dice and Men: The Story of Dungeons & Dragons and The People Who by Ewalt, David M.
Object of Your Love by Dorothy Speak
The Accidental Assassin by Nichole Chase
PIKE by Benjamin Whitmer
The Copa by Mickey Podell-Raber
Our partner