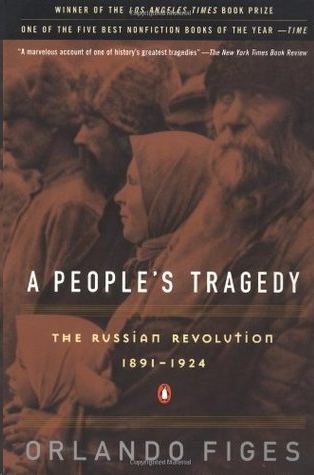 A History of the Russian Revolution

i The Tsar and His People 3

ii The Miniaturist IS

i Bureaucrats and Dressing-Gowns 35

ii The Thin Veneer of Civilization 42

iii Remnants of a Feudal Army 55

ii The Quest to Banish the Past 102

i Inside the Fortress 122

i Patriots and Liberators 157

i Parliaments and Peasants 213

iii The Wager on the Strong 232

iv For God, Tsar and Fatherland 241

iii From the Trenches to the Barricades 291

i The Power of the Streets 307

9 The Freest Country in the World 354

i A Distant Liberal State 354

10 The Agony of the Provisional Government 406

i The Illusion of a Nation 406

i The Art of Insurrection 474

iv Socialism in One Country 536

i St Petersburg on the Steppe 555

ii The Ghost of the Constituent Assembly 575

i Arming the Revolution 589

iii The Colour of Blood 627

i Short-Cuts to Communism 721

i Orphans of the Revolution 773

Images of Autocracy: between pages 98 and 99

1 St Petersburg illuminated for the Romanov tercentenary in 1913

8 The Temple of Christ s Resurrection

12
Rasputin with his admirers

13 The Tsarevich Alexis with Derevenko

Everyday Life Under the Tsars: between pages 194 and 195

14 The city mayors of Russia

15 A group of volost elders

16 A newspaper kiosk in St Petersburg

17 A grocery store in St Petersburg

18 Dinner at a ball given by Countess Shuvalov

25 A meeting of village elders

26 A religious procession in Smolensk province

28 Inside a Moscow engineering works

Dramatis Personae: between pages 290 and 291

Between Revolutions: between pages 386 and 387

38 Soldiers fire at the demonstrating workers on 'Bloody Sunday', 1905

45 Troops pump out a trench on the Northern Front

46 Cossacks patrol the streets of Petrograd in February 1917

54 A meeting of the Soviet of Soldiers' Deputies

55 Waiters and waitresses of Petrograd on strike

56 The AU-Russian Congress of Peasant Deputies

58 Kerensky makes a speech to soldiers at the Front

64 The Red Guard of the Vulkan Factory

69 Members of the Czech Legion in Vladivostok

73 The Latvian Division passing through a village

76 A Red Army mobile library in the village

78 The execution of a peasant by the Whites

79 Jewish victims of a pogrom

Everyday Life Under the Bolsheviks: between pages 674 and 675

81 Muscovites dismantle a house for firewood

90 'Bagmen' on the railways

95 The Smolny Institute on the anniversary of the October coup
The Revolutionary Inheritance: between pages 770 and 771

100 Cannibals with their victims

103 A juvenile unit of the Red Army in Turkestan

These days we call so many things a 'revolution' — a change in the government's policies on sport, a technological innovation, or even a new trend in marketing — that it may be hard for the reader of this book to take on board the vast scale of its subject at the start. The Russian Revolution was, at least in terms of its effects, one of the biggest events in the history of the world. Within a generation of the establishment of Soviet power, one-third of humanity was living under regimes modelled upon it. The revolution of 1917 has defined the shape of the contemporary world, and we are only now emerging from its shadow. It was not so much a single revolution — the compact eruption of 1917 so often depicted in the history books — as a whole complex of different
revolutions
which exploded in the middle of the First World War and set off a chain reaction of more revolutions, civil, ethnic and national wars. By the time that it was over, it had blown apart — and then put back together — an empire covering one-sixth of the surface of the globe. At the risk of appearing callous, the easiest way to convey the revolution's scope is to list the ways in which it wasted human life: tens of thousands were killed by the bombs and bullets of the revolutionaries, and at least an equal number by the repressions of the tsarist regime, before 1917; thousands died in the street fighting of that year; hundreds of thousands from the Terror of the Reds —

and an equal number from the Terror of the Whites, if one counts the victims of their pogroms against Jews — during the years that followed; more than a million perished in the fighting of the civil war, including civilians in the rear; and yet more people died from hunger, cold and disease than from all these put together.

All of which, I suppose, is by way of an apology for the vast size of this book — the first attempt at a comprehensive history of the entire revolutionary period in a single volume. Its narrative begins in the 1890s, when the revolutionary crisis really started, and more specifically in 1891, when the public's reaction to the famine crisis set it for the first time on a collision course with the tsarist autocracy. And our story ends in 1924, with the death of Lenin, by which time the revolution had come full circle and the basic institutions, if not all the practices, of the Stalinist regime were in place. This is to give to the revolution a much longer lifespan than is customary. But it seems to me that, with one or two exceptions, previous histories of the revolution have been too narrowly focused on the events of 1917, and that this has made the range of its possible outcomes appear much more limited than they actually were. It was by no means inevitable that the revolution should have ended in the Bolshevik dictatorship, although looking only at that fateful year would lead one towards this conclusion. There were a number of decisive moments, both before and during 1917, when Russia might have followed a more democratic course. It is the aim of
A People's Tragedy,
by looking at the revolution in the
longue durée,
to explain why it did not at each of these in turn. As its title is intended to suggest, the book rests on the proposition that Russia's democratic failure was deeply rooted in its political culture and social history. Many of the themes of the four introductory chapters in Part One — the absence of a state-based counterbalance to the despotism of the Tsar; the isolation and fragility of liberal civil society; the backwardness and violence of the Russian village that drove so many peasants to go and seek a better life in the industrial towns; and the strange fanaticism of the Russian radical intelligentsia — will reappear as constant themes in the narrative of Parts Two, Three and Four.