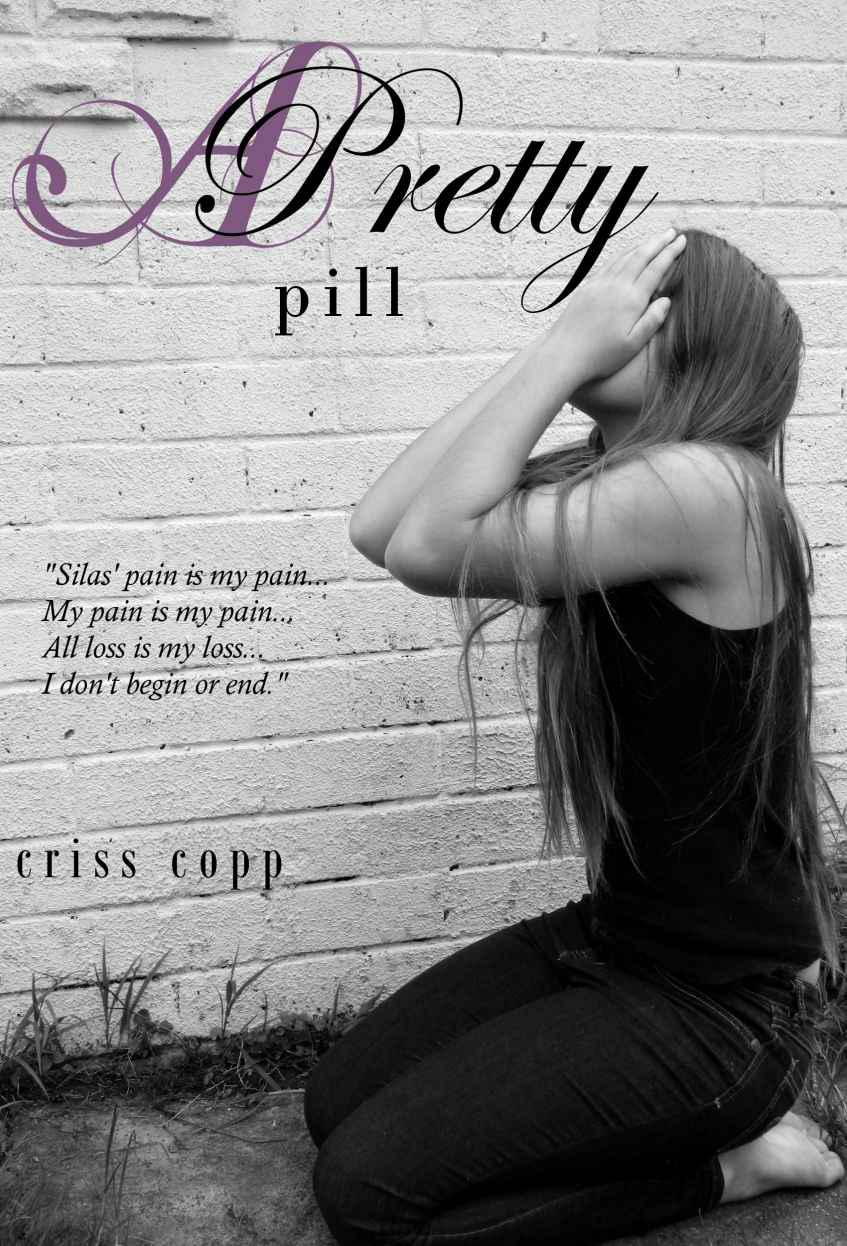 Chapter One: The Catalyst

Chapter Six: A Change is Coming

This is a dpgroup exclusive.  This ebook remains the copyrighted property of the author, and may not be reproduced, copied and distributed for commercial or non-commercial purposes without the express written consent of the author; with the exception of the use of short excerpts quoted in reviews of this ebook.  All characters appearing in this work are fictitious.  Any resemblance to real persons, living or dead is purely coincidental.

The greatest fight in life... is life
!  Everyone is out to win, and most of them don’t fight fair... but then, who said life is fair?

Sometimes it isn’t about the gift but the giver... thank you!

Chapter
One: The Catalyst

“Babe… your mobile is ringing!”  Graeme shout
s out from my single bed, where he is still lounging; naked.  I’m lucky I have understanding roomies; because when he comes ‘over,’ they ‘go out.’  In fact, they’ll both be due back any time soon, and he needs to wash the traces of my scent off him before he returns home; so I need to hurry up.

“Just let it go to message bank!”  I shout back
; since suds are in my hair and threatening my eyes as they begin to slide down my forehead.

Graeme’s not my first sexual partner, and God help me if he’s my last!
I don’t see him as exclusive, that’s for sure!  And, he has this one tiny little problem!  It would be a bit of a deal breaker for me if we were seeing each other, as in being with each other; but since he’s not my boyfriend, just a friend; I’m not currently concerned that we see each other regularly, outside the delegation of friends and peers; to fuck each other’s brains out.  I’m sure his boyfriend wouldn’t agree with our rendezvous’, since he’s strictly gay and monogamous; Scott definitely has no interest in girls, not even to appease his boyfriend of 18 months.  But Graeme; well, obviously he’s not… um, strictly gay!  Because he enjoys a bit of pussy action; and because he’s bisexual, and doesn’t want to be stuck with the one gender, not that being bisexual has anything to do with that. I’m sure he’s just not into commitment either; he will no doubt stray throughout every relationship he’s in.

I wash the suds out of my
red and thick, shortish hair, which when dry will display as close cropped at the back, and longish on top, especially the razor cut hair that drapes over my eyes, requiring me to pin it back when on prac.

I jump out of the shower and dry myself off, before draping the towel around me and walking back into my room.

Graeme hasn’t even bothered to cover himself back up; he’s just lying on top of my bed flicking through last year’s copy of
The Australian Medicines Handbook
.  I got it as a Christmas present from my grandparents, who were helpfully informed by a friend of a friend that not only is it a useful text, but that it’s a mandatory one.

Well;
it is a useful text… I love it!  But it isn’t mandatory for nurses!

“Your turn… quick!  Sandy and Rachel will be here soon.”  I look at the clock, “Scrap that, they’ll be here now!”

And just like that, the door knob begins to turn, and Graeme is forced to sprint into the bathroom.

“Hey!” I say in greeting to the two of them.  “Right on time!  Graeme will be out in a minute and we need to look at getting ready to hit the town!”  I squeal.

It’s our last night together before we all go away for the holidays.  We’re all out-of-towners, and college housing kicks us out over the holidays.

I’m from Armidale in the New England area of New South Wales... and although I came to attend university in Newcastle, I could’ve gone to university in my home town... I just didn’t want to stay home.  I wanted to move away and secure
a taste of my freedom.

Rachel came to attend university in Newcast
le from Taree on the Mid North Coast of NSW... and in truth, of all the friends I’ve made thus far, she’s the best.  Rachel is simply as cute as you can get.  She’s super short, a whole foot or so shorter than me, and she’s a little pocket rocket.  She’s got long blond hair and blue eyes, pale skin and a button nose.  Her super slim body often gets her confused with a pre teen, but she’s got a mouth on her that will quickly dash those illusions.  She struggles to pick up because she looks so young; often having to establish a friendship first till they can see her for who she really is.  But hey, in ten years or so, this setback will be to her advantage!

Sandy came from Mudgee in
the Central West area of NSW; her parents run a shop in the small tourist town, and her heritage is a conglomerate jumble of nations.  So Sandy is dark to Rachel’s light; almost black eye colour, because they’re so dark, and shoulder length dark brown hair that she keeps tied back at all times because she suffers from frizzy, untameable hair.  Her skin has a light olive tone to it, and when it sees the sun, it tans deeply rather than burning, till she shows a deep olive colour.  Out of all of us, she tends to get the most attention from guys, because she’s always exuding exotic appeal.  She’s also short, just a little taller than Rachel; so it’s safe to say I stand a head above the rest, lol!

My body is a bit boyish;
by that I mean that I don’t really have hips like these girls, even Rachel has curve to her hips.  I can create in myself an appearance of curves, since I have the slightest dip in my sides where my waist is, by wearing the right clothes; but yeah, you know when you get naked, you are what you are.

I
do have a six pack stomach, and I have only 15% body fat; which probably sounds like a pretty big number, but seriously, it’s only just enough for me to get my periods, and when I get serious about my training, I quite often lose them altogether.  I have pretty small breasts in comparison to Sandy, but at least I am similar to Rachel in this area.  We’re both B cups, and although we’re obviously not talking fill the cup to overflowing, we’re still talking too big for an A cup, so, moving on up to a B cup.

My
clincher is my face; I’ve been told I have a beautiful face, but I don’t like to think about it much, because it makes me feel self conscious to believe I’m anything special or pretty.

Of greater advantage
, is our appeal when we all make an effort, get dressed up (lots of makeup and hair straightening) and hit the town together, with our other friend Gwen; we collectively have everything a guy could want, so we tend to have our drinks paid for and plenty of attention garnered.

“What’s your name?” An obviously male voice screams in my ear.  The music is blaring and I’m dancing with my friends, so it makes me jump in surprise.  Rachel, Sandy and Gwen didn’t warn me that someone was standing there or approaching me.

I have sort of stumbled backwards into the guy as a result
, and he’s forced to hold my upper arms with his huge calloused hands.  I turn, expecting to be towering over him since I’m six foot… or 183cm tall...  I’m tall, and I like it!  With my heels on, you can add whatever the heel height is to that!  I’m wearing heels… killer stilettos in fact, and I make my friends look like the little people out of the
Wizard of Oz
.

“Dude!  I’m so sorry!” I say
loudly as I turn, looking straight into this guys powder blue eyes.  Unexpected… he’s damn tall if he’s my height when I’ve got my killer heels on; and damn, if he’s not fucking hot too!  He’s drop dead gorgeous… I’m thinking Graeme who?  This is the guy I should be screaming my pleasure for!

“No way!  I scared you!” he
laughs loudly at me, pushing his blond hair out of his eyes and smiling.

“God, you have an amazing smile!” he shouts, grinning.  “So, what’s your name?” he asks again.

“Jade!” I shout.  Rachel is pushing me in the back towards him.  Rachel says I’m too standoffish when I first meet guys, and she wants me to drop the whole Graeme thing and move on to a real boyfriend.  She doesn’t share in the idea that I want free love while at uni, and will concentrate on building something more permanent when I have something more permanent in life, like a job and my own place!

But I’m nicely buzzing after my 3 shots of
Cock Sucking Cowboys
with the girls and my proceeding
Vodka Cranberries
… yes… plural!  So hell; I’ll move in closer to this orgasmically good looking guy.

He stands taller against me as we face each other.

“Tim!” he returns.
“I was wondering if you care for a drink?  I’ve got a table over there.” He shouts, pointing to a table where three guys and a girl wave back at us.  “Or if you want, I can stay here and dance with you!” he finishes.

I grab his shirt on both sides of his slim waist and begin to
dance backward into my circle of friends.

“I guess that means I’m dancing!” he shouts and laughs at the same time.  I nod and smirk at him.  I’ve just got myself a fish, and I’m dragging him back into the
girl net!  The four of us will devour him given a chance.

At first he’s facing only me, grabbing me around the waist and moving his hips in time with mine, but as the music
transforms from the steady, sultry beat of
Sex on Fire
by
Kings of Leon
to the building tempo of
Propane Nightmares
by
Pendulum
; he changes position, because the four of us girls go a bit crazy and start throwing a whole lot of arm movement into the fray; alongside jumping up and down on the spot.  To his credit, Tim keeps up, jumping with us to the electric beat like a pro and maintaining the energy, with the exception of that part in the middle where the song slows down.  He’s dripping sweat by the end of it, as am I.

A Valentine for Kayla by Kimberly Rose Johnson
Thief of Mine by Amarinda Jones
How to Curse in Hieroglyphics by Lesley Livingston
The Dark Eidolon and Other Fantasies by Clark Ashton Smith
Selected Poems of Langston Hughes by Langston Hughes
Islands in the Fog by Jerry Autieri
Wrath James White presents Poisoning Eros I & II by Monica J. O'Rourke
Sophie's Seduction by Keira Kendrik
The Care and Feeding of Your Captive Earl (What Happens In Scotland Book 3) by Kate McKinley
A Lament of Moonlight by Travis Simmons
Our partner