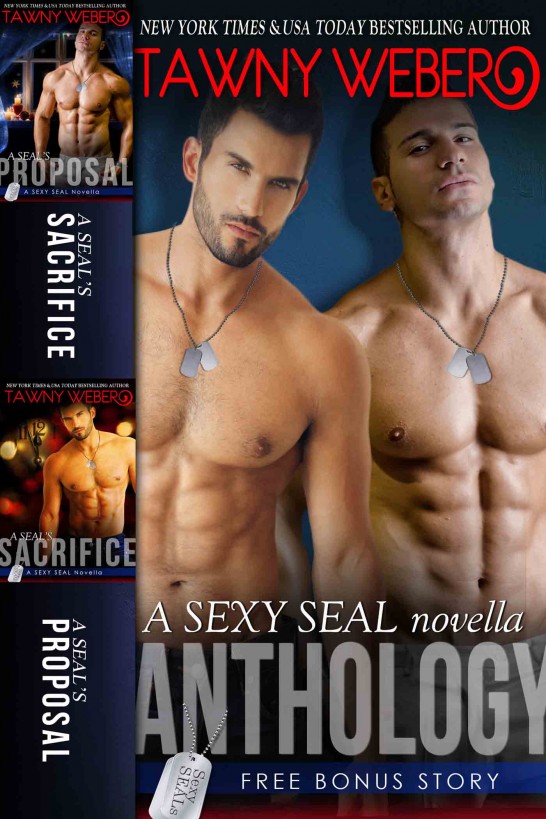 All rights reserved. No part of this book may
be reproduced in any form or by any electronic or mechanical means,
including information storage and retrieval systems, without
permission in writing from the author, except by a reviewer, who
may quote brief passages in a review.

All texts contained within this document are
a work of fiction. Any resemblance to actual events, locales or
persons (living or dead), is entirely coincidental.

A SEAL’S PROPOSAL by Tawny Weber

A SEAL’S SACRIFICE by Tawny Weber

CALL TO ACTION by Tawny Weber

A SEAL’S TEMPTATION by Tawny Weber

From
New York Times
bestselling author
Tawny Weber, another scorching hot military romance featuring a
sexy soldier home on leave and a woman who just might be more wild
than he can handle.
Rules of
Engagement
is
FREE
when you join Tawny’s
Red-Hot Readers Club
where you’ll receive
a monthly
newsletter and exclusive content including free reads, first
chapters, recipes, insider story info and much more.

Click
here
to
get your FREE BOOK or go to
http://tawnyweber.com/a-free-book-for-you/ 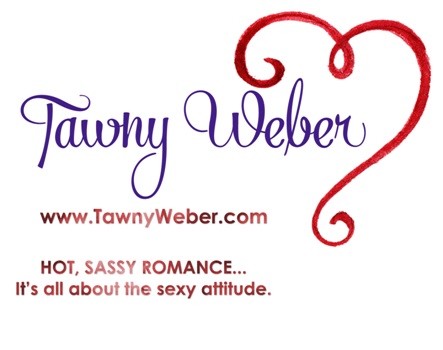 Being the best means making
sacrifices, but do vows made at 16 hold true at 24?

As a teenaged Sea Cadet,
Sam Morelli joined the elite club his brother formed with other
teens, focused on a single goal: to become Navy SEALs. Membership
required a vow that once he became a SEAL, the team would be his
only commitment. Distractions like relationships or dependents
would be forbidden. Eight years later, on the cusp of achieving his
goal, Sam has forgotten that vow. But Bryanna Spencer
hasn’t.

Sugar, shoes, and a sexy
SEAL…

Numbers whiz Bryanna
Spencer loves chocolate, designer shoes, and Sam Morelli. She’s
always dreamed of one thing: being Sam’s wife. Raised in a Navy
family, she knows the rules: to be a great SEAL, a man can’t have a
woman weighing down his thoughts. Bryanna’s been nibbling on sweet,
sexy, better-than-chocolate-covered-caramel Sam for four years, but
Sam’s dream of being a SEAL has been with him longer. His dream is
her nightmare.

Some vows are made to be
broken…

With Sam home on leave for
Christmas, Bryanna has one last chance to prove to Sam that he
wants her more than he wants his SEAL Trident. But time is running
out. Once he finishes the last phase of his training, she may lose
him forever. But Sam may have different kind of vow in
mind…

Proud of the life she’s
created, financial analyst Gwen Kirkpatrick moves easily among the
rich and powerful of San Francisco, including dating her nice-guy
boss. It’s quite a change from the broken hearted woman who got
dumped on New Year’s Eve three years ago when the love of her life
chose his Navy career over her.

As the clock ticks
down…

For Petty Officer Noah
Morelli, mixing his personal life and his dream career as a Navy
SEAL seemed impossible. He made a tough choice, and for the last
three years he’s been happy using his career challenges to forget
the sweet-but-oh-so-sexy girl he left behind. Until he hears
someone else is about to propose to her. Suddenly the idea of Gwen
spending her life with anyone but him is unthinkable.

Gwen refuses to let her
heart be broken again, but Noah is determined to win her back. Some
sizzling stolen moments in a closet are all it takes to remind Gwen
how hot they were together. She may be minus her panties, but she
still has her pride. Now Gwen is the one confronted with a hard
choice: a dream-come-true opportunity or the love she thought she’d
lost. It’s New Year’s Eve, with new choices, new chances, and maybe
a new life for them both.

He’s going to have to
choose...

Jack Ellison walked away
from a great career as an EOD Specialist in the Army to join the
Navy for one reason... to become a SEAL. Serving in the elite
Special Forces is his only goal. Until he meets Cari Tores.
Suddenly, everything he’d ever wanted changes. Everything he’s ever
believed is in doubt. Jack has to decide...

Can he walk away from love
at first sight to heed his Call to Action?

Lark Sommers’s dry spell is officially a sex-starved
desert. Since taking over her mom’s quirky coffee shop in Nowhere,
Idaho—putting her own career on permanent hold—Lark’s been, well,
miserable. But her friends have a plan...one that starts with a
superhot guy with a rockin’ hard bod.

US Navy SEAL Shane O’Brian has no clue he’s being
set up. All he knows is that Lark does incredible things to his
libido. Still, Shane can’t quite bring himself to tell her what he
does for a living. After all, their risqué business is temporary—no
strings, no falling in love. Especially when there’s no way this
SEAL would ever be tempted into anything more than a sexy little
fling...

About the Author: Tawny Weber

Other Titles by Tawny Weber 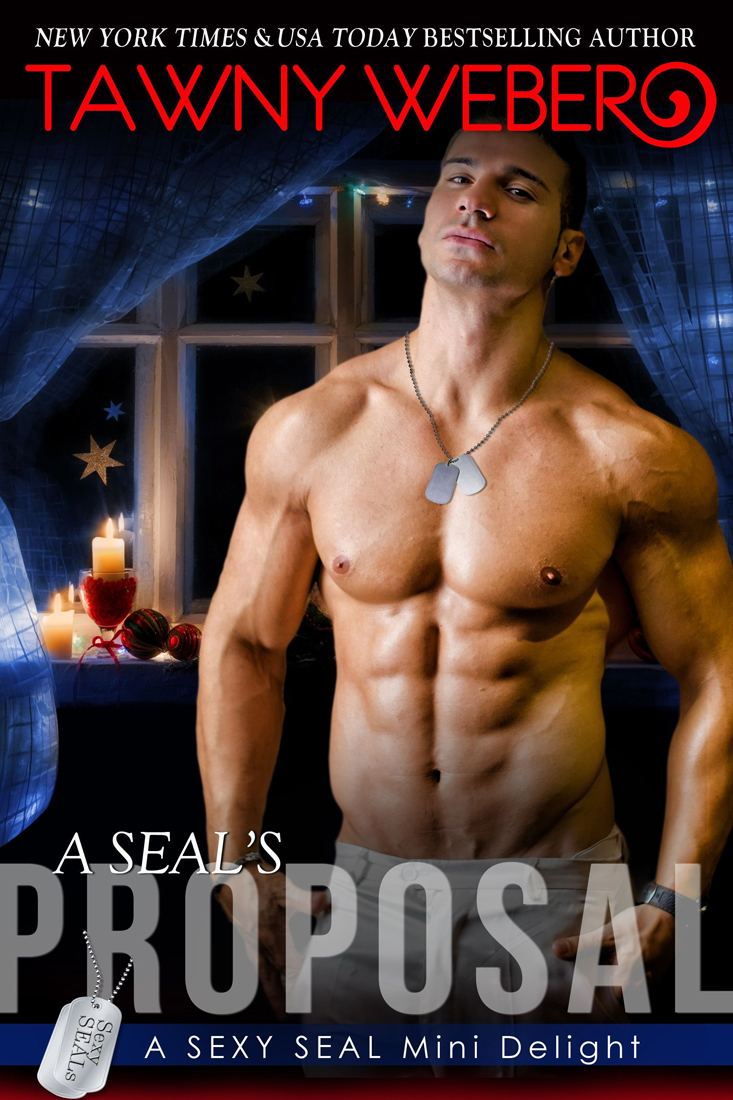 By Tawny Weber
A SEAL’s Proposal: Chapter One

Sam Morelli made it his business to be the
best.

When he was ten, Sam had been so hooked on
George of the Jungle that he’d shimmied up the neighbor’s palm
tree, grabbed hold of one frond and with a gleeful yodel, swung his
way toward the next tree. That he hadn’t killed himself on the
ten-foot drop was a flat out miracle. He had broken his collarbone
and ended up so bruised and battered that he’d gone
trick-or-treating without a mask.

Standing at attention, asphalt burning hot
under his booted feet and the blinding sun stabbing painfully into
is brain, Sam wished he felt that good right now.

Still, he stood at attention. Shoulders
back, chin high, eyes ahead, letting the instructor’s verbal abuse
wash right over him. Tuned in just enough in case any of it was
shot directly his way. He used the rest of his focus to keep his
body from crumpling into a whining heap.

He’d thought his brother was just giving him
crap when he’d said that Phase Three of BUD/S was even harder than
Hell Week. Turned out, Noah had soft-peddled it.

“Testing in two weeks, you bunch of
pansies,” the instructor barked. “Christmas ain’t no excuse to sit
on your flabby asses and rot. You got a brain between the bunch of
you, you’ll use mandatory PT to stay on your tippy toes.”

Zombie Fallout by Mark Tufo
20 Fragments of a Ravenous Youth by Xiaolu Guo
Montcalm and Wolfe: The Riveting Story of the Heroes of the French & Indian War by Francis Parkman
Highlander the Dark Dragon by Donna Fletcher
Dorothy Garlock - [Wyoming Frontier] by Nightrose
Siren Song by A C Warneke
Euuuugh! Eyeball Stew! by Alan MacDonald
Various Positions by Ira B. Nadel
Dead Magic by A.J. Maguire
The Plain Old Man by Charlotte MacLeod
Our partner